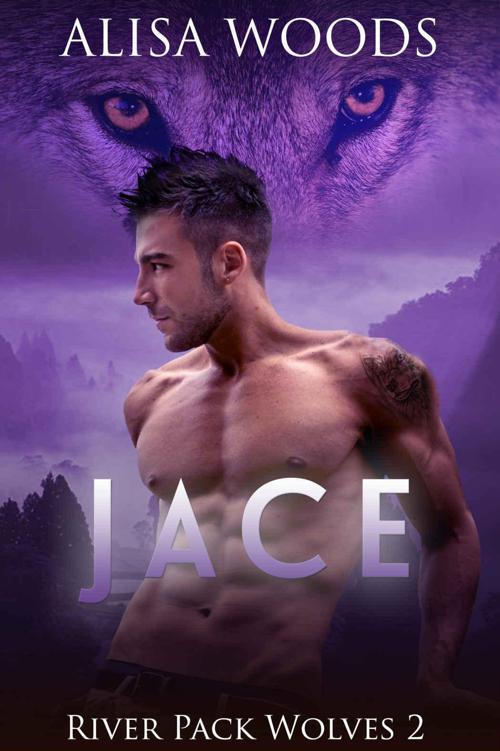 To be notified when Alisa has a new book out...

and get a free book!

His wolf is out of control. She’s a wild thing that won’t be tamed.

Ex-Army Specialist Jace River has a lock on his bedroom door, but it’s not to keep anyone out; it’s to keep his nightmares from breaking loose. His wolf is an out-of-control killer, which means he can never risk shifting, never truly be part of his pack, and definitely never take a mate.

Piper Wilding works for the Army as a civilian, traveling the world for her work in counterintelligence and fighting the bad guys while bedding down the good ones. The best part? It keeps her far from her asshole father in Seattle, the rest of the Wilding pack, and the pressure to take a mate. Settling down isn’t her thing, and after what happened to her mother, Piper vowed she would never be tied down by magic or men again.

While Jace’s wolf keeps him Sleepless in Seattle, Piper returns home to find her missing kid brother. When she breaks into the River brothers’
safehouse, sparks fly and claws come out. Her sexy skills threaten to bring out Jace’s wolf, and Jace’s good-guy hotness reminds Piper how tempting shifter men can be. They’re like fire and gasoline, and as they race to find Piper’s brother, the heat threatens to burn down all their carefully constructed walls. But falling in love has never been so dangerous—and being together means taking risks that neither might survive.

The flames singe his fur. The screams tear through his soul. But Jace’s beast is wild, uncontrollable, and rampaging through the falling embers of the tiny village. He tries to hold his wolf back, but it dives through a wall of fire to the cowering people inside. The hut is an inferno, and the husband and wife are trapped. His wolf snarls and lunges at them, ramping their screams even higher… somehow, Jace wrestles his beast away from clamping down on their flailing arms and exposed necks. Then a cry breaks through the crackling heat—a child. His wolf hungers to go after the plaintive sound; Jace fights to stop it, but the beast is too strong. It scents the child’s raspberry smell through the acrid smoke and dashes after her. It crashes through a corrugated wall like a demon, the flimsy construction no obstacle for a wolf like him—twice the size of any normal shifter and unleashed from human control.

The girl shrieks when it finds her. She clutches her doll tighter and shrinks into the corner, covering the stringy black hair on her head with a tiny hand. His beast roars and lunges for her, fangs bared—

Jace heaved upright in his bed, panting and fighting to keep from shifting. To keep the beast contained within his body and his dream. His claws were embedded in the mattress—he had ripped long slashes deep into the stuffing, and his blankets were a nest of shredded linen. He gritted his teeth and growled as he forced the claws to retract.
Too close.

“Fuck,” he breathed out, rubbing his face with his now-human hands. The moonlight spilled into his bedroom, giving just enough glow to see the door—still locked. He had triple locks installed on his apartment in the city, but here at his family’s estate, he’d only been able to talk his mother into installing one. She didn’t understand, didn’t know what he turned into when the nightmare got hold of him. She was a shifter, too, but she had her wolf under control… like every other normal person.

Jace’s wolf had always been freakishly strong—twice the size of his brothers, flipping unbelievable in strength, and always a little on the wild side. Even as a pup, he had to work to get his beast to obey his human thoughts—to
belong
to him, like every other shifter seemed to manage with ease. Then Jace went overseas with the Army and served his country like he had always dreamed of doing… and something happened. He lost it. Lost control.
Became
the beast.

And people paid for it with their lives.

A shudder gripped him, and Jace forced himself to breathe out the last of the nightmare from his system. That was the quickest way to bury the beast deep inside again. The nightmare always brought it out, as if by reliving the scene over and over, he could change the past. But he couldn’t. He could never right that wrong… but he should be able to keep his beast under control while staying in his mother’s house, for fuck’s sake. If not, he might have to go back to the city, something he didn’t want to do. Not until he and his brothers, Jaxson and Jared, had caught up with this Agent Smith character. They’d given him an ass-kicking, and he was on the run, but he’d been kidnapping shifters straight off the streets of Seattle and performing some kind of medical experiments on them. The River pack had rescued a bunch of shifters, but who knew how many Agent Smith still had tucked away in some dungeon?

That shit had to stop.

Jace would just have to keep things under control while they figured out their next move.

He glanced at the clock.
3 am.
Too early to get up, but there wouldn’t be any more sleep for him for the rest of the night anyway. Not that he wanted to—slipping back into the nightmare was all too easy once his dream wolf had already been unleashed.

Jace stretched the aches of his muscles, still cramped from fighting the shift, and swung his legs out of bed. His sleep pants had avoided the shredding, and the warm summer air meant he’d forgone a t-shirt, but the bed was a mess. He sighed and tossed the comforter over the torn bedding. He’d have to fix that later. For now, he needed some chow. Something to eat would wake him up, reset the clock, and hopefully get him through another day.

Until he had to face the night again.

The estate was huge—two dozen bedrooms, a massive front room and dining area, enormous kitchen. And that was just in the main house. Out the back, nestled against the Washington mountainside with the stables, there were even more cabins… one with his brother Jaxson no doubt having the time of his life with his new mate, Olivia. She’d come into their lives like a whirlwind, but somehow she’d figured out his brother’s secret and set him free from it… all without Jace knowing until it was all over. Jaxson had always been there for him, ever since he’d been discharged from the Army, but he’d completely failed to be there in return. Jace hadn’t even known something was wrong, too busy dealing with his own problems or chasing after bad guys to try to forget them. He should have known Jaxson was carrying a darkness around inside him.
Just another thing Jace’s wolf managed to fuck up in his life.

Jace quietly unlocked his bedroom door and crept down the stairs, keeping his footfalls silent as he worked his way toward the kitchen. He didn’t need his problems to wake up everyone else. His mom had been taking in wayward shifters for a while, ever since their dad died, and there was always someone staying at the safehouse who wasn’t actually a member of the River family. Right now, the place was full-up, with most of the River brothers’
pack doubling up in the rooms and filling every available bed. They even had a few from the Wilding pack staying with them, not to mention the shifter prisoners they had just broken free from Agent Smith’s torturous grasp.

Even with a full house, the place was silent, except for the occasional creak of the log construction, the squeak of the stairs as he descended, and the whisper of the pines outside. He’d always loved that sound as a kid—felt like the wind was calling to his wolf and saying
you are home.
Now it just reminded him of how messed up he really was.

Jace pulled open the massive fridge—his mom was used to feeding the hungry shifter hordes that passed through, so it was well-stocked. He snagged some sandwich makings. The ghostly white light blasted through the expansive kitchen, then shut off as the door swung shut. He blinked as his eyes adjusted, and the house creaked again. Only…

Jace froze. He grew up here. He knew the house sounds.
That
was someone on the stairs he just came down. He casually shuffled to the kitchen island and set down the meats and condiments. He held still for a moment, listening. Drawing in a breath.
Scenting.

Light floral scent.
No one he’d scented before.

With light bare-footed steps, Jace dashed back through the open kitchen door, skirted the dining table, and rounded the corner to the great room. Halfway up the stairs was a figure in a black hoodie. Jace knew this house like his own face—he didn’t need to look to avoid the end tables and floor lamps. He reached the stairs before the intruder could even turn around.

Jace grabbed the hoodie first, yanking it back to get a chokehold, then wrapped his arm around the neck. He pivoted, trying to wrestle the guy down, but his mom must have been polishing the stairs again because his feet went out from under him. They both tumbled the five steps to the landing below. Jace kept his grip, but this must be a kid or something—the hooded figure was lightweight and skinny. No heft to him at all.

Then he shifted in Jace’s arms, sliding out of his grip and leaving nothing but clothes behind. Jace shoved aside the hoodie and jeans and scrambled after the wolf, who was making time through the great room. Jace knew there was only one way out—through the back kitchen door. He dashed down the side hall, surged through the kitchen side door, and tackled the wolf before it could make it to the back. Which was great for stopping the intruder from escaping, but now he had to keep hold of a wolf three times stronger than Jace’s human form—with razor sharp claws and snapping jaws trying to catch his face. He wrestled it to the floor, holding it from behind. Its claws scrabbled against the low cabinets and pushed them back along the floor. Jace’s head banged against the kitchen door in his struggle to keep hold, and the wolf’s strength was almost too much for him. His brain caught up to what was happening, and he realized—this wolf was being strangely quiet throughout all this. Was this some kind of prank by one of the stray shifter kids his mom had taken in?

Jace opened his mouth to call for help—he had a house full of shifters who could actually shift and chase this asshole kid down if he got loose—but Jace’s words were cut off when the wolf shifted back to human.

The Sapphire Brooch (The Celtic Brooch Trilogy Book 2) by Logan, Katherine Lowry
Counting from Zero by Johnston, Alan B.
The Gamal by Ciarán Collins
Dying for Dinner (A Cooking Class Mystery) by Miranda Bliss
Identity Thief by JP Bloch
Catacombs of Terror! by Stanley Donwood
Kept by Carolyn Faulkner
Slocum and the Three Fugitives by Jake Logan
Love me if you dare: Alpha Billionaire Romance (The Secret Matchmaker Book 5) by Pearl, L.N., Lee, S.K.
The Vault (A Farm Novel) by Emily McKay
Our partner