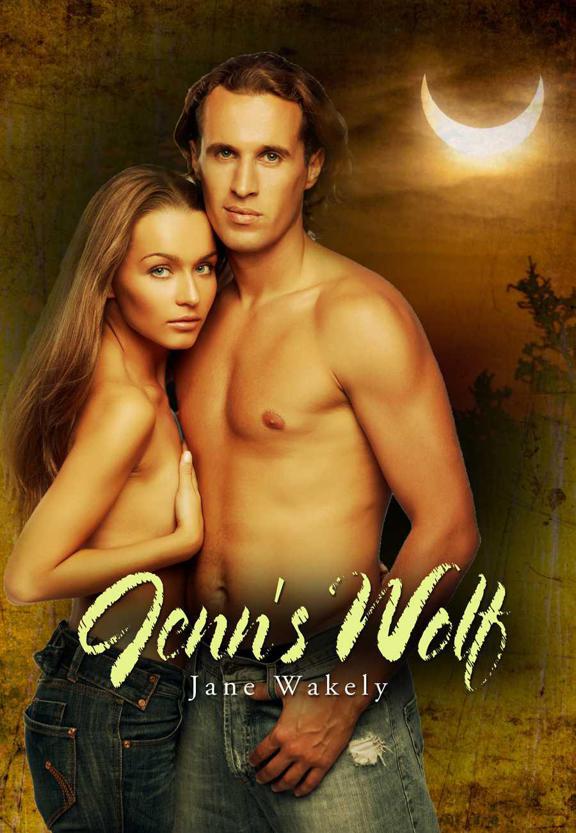 ALL RIGHTS RESERVED:
No part of this book may be reproduced, stored in a retrieval system, or transmitted, in any form or by any means, without the prior permission in writing of the publisher, nor be otherwise circulated in any form of binding or cover other than that in which it is published and without a similar condition including this condition being imposed on the subsequent purchaser. Your non-refundable purchase allows you to one legal copy of this work for your own personal use.  You do not have resell or distribution rights without the prior written permission of both the publisher and copyright owner of this book.  This book cannot be copied in any format, sold, or otherwise transferred from your computer to another through upload, or for a fee.

Warning:
The unauthorized reproduction or distribution of this work is illegal.  Criminal copyright infringement is investigated by the FBI and is punishable by up to 5 years in federal prison and a fine of $250,000.

Publisher’s Note
:
This is a work of fiction. All characters, places, businesses, and incidents are from the author’s imagination. Any resemblance to actual places, people, or events is purely coincidental. Any trademarks mentioned herein are not authorized by the trademark owners and do not in any way mean the work is sponsored by or associated with the trademark owners. Any trademarks used are specifically in a descriptive capacity. Final edits rest with the author of this work.  We give them a bit of space.  They are Rebels after all...

A Word from Rebel:
Thank you for purchasing this title.  We support authors and ask you to remember that the only money most authors make from writing comes from book sales.  If you like this work, please check for upcoming titles from this author via the link on our website and spread the word.  If you see "free shares" offered or cut-rate sales on pirate sites, please report the offending entry to [email protected]  Thank you for not pirating our titles.  Pirates suck!

Jennifer glanced at the loud group of guys in the center of the bar. One of them had said or done something to get the rest of them laughing and it drew the attention of everyone in the small but crowded establishment. Seconds later, everyone went back to what they were doing, not giving the group a second thought.

Deep down
Jennifer knew they were just having a good time, but she tried to keep her distance from loud, intoxicated people. Before she’d met Christina, she’d never set foot into a bar, even after she hit the legal drinking age. Growing up with a loud, obnoxious drunk for a father kept her hiding away from many social occasions. While he wasn’t physically abusive, his verbal “jokes” and comments were hurtful and embarrassing. Many times she’d been laughed at by his friends when he shared tidbits of her life or commented on her plain appearance. When she was old enough, she’d started spending the night with friends or hiding in her room when his friends came over. When it was time to go to college, she moved as far away from home as possible.

After college, she relocated to the mid-size town of Che
stnut Rock in the Pacific Northwest. The ample trees and wildlife combined with most big-city amenities made the town an ideal place to live.

Jennifer and Christina had been college roommates their senior year and
became fast friends. They relocated to Chestnut Rock together and now shared a small, affordable apartment. That had been two years ago.

Jennifer was happy she had Christina in her life. Her best friend kept her from locking herself away and hiding from the world. Christina
taught her that people sometimes drink in social situations, but they didn’t always get drunk or make a scene. Though she still had qualms, Jennifer could now have a good time in situations where friends may have a drink or two.

Christina had wanted to go what she called “man shopping,” which basically meant
“go to the bar and look at hot guys!” Jennifer agreed to come along.

While Christina had no trouble finding dates, Jennifer was a bit more challenged. The two friends were as different as night and day. Christina was tall and blond with blue eyes and a
bubbly personality. Jennifer was short with brown hair and brown eyes. She was reserved which most people took as timid and sometimes rude or snobby. It was hard for her to meet people and without Christina’s help, she might have ended up friendless and alone for the rest of her life. Luckily, that didn’t happen and her friend even convinced her to go on a blind date set up by one of her co-workers. The date was tomorrow night.

The group in the center roared with laughter again and the one with his back to her stepped to the right and bent over to look at his friend’s phone. Jenn could see the group more clearly now and her gaze stopped on the tall
piece of awesome standing closest to the bar. If they were truly “man shopping,” she’d buy him and take him home.

He was tall
but didn’t tower over the rest of the group. Jenn guessed he stood at about six feet. His dark brown hair was thick, wavy and a little too long, the ends flipping up around his collar. He wore a simple dark blue t-shirt that hugged his chest and worn jeans with a ripped back pocket and a hole in one knee. The hand wrapped around his beer looked huge and she imagined the things it could do to her body. His profile was strong and sexy. The only thing that would make him look better in her eyes was if his hand was wrapped around a non-alcoholic drink instead of a beer.

“I’m going to get another drink
. Want another soda?”

Startled, Jenn pulled her attention from the man and stared at Christina as she tried to comprehend what her friend had said.

“Yes, please.” She smiled and Christina left to make her way toward the bar.

One of their agreements was that on crowded nights, they would keep to the outside of the
throng and Christina would make her way to the bar for refills. The only time Jenn would have to walk through the crowd was when she had to use the bathroom. She had to go alone if it was just the two of them or else they’d lose their table.

When Christina left, Jenn continued to ogle the tantalizing man. No one had stirred her like he did in a long time. The thought of a chance with him made her want to cancel tomorrow’s blind date and w
ear a sign that said she was available for a night of fun. Jenn had no idea what had come over her, she never approached guys or even made blatant plays for their attention.

Jenn knew that her short stature combined with her trim body that lacked curves and boobs was not appealing to m
en in the least. While she had a pretty face, she’d been told one too many times she had a great personality as well. Finding a man to be more than a friend was very difficult. Of course, she’d dated and had sex, but the men never stayed for long, always moving on to someone with more beauty, grace, style and curves.

She wanted to meet
the man across the bar and the thought of approaching him crossed her mind. Normally she’d trash the idea immediately, but something about him made her feel braver than usual. If he separated himself from his friends and she acted quickly, maybe she could at least see him up close and say hello.

Jenn knew if she shared her plan, Christina would help her. Glancing to her friend, she noticed Christina was about to pass the group when the hot guy Jenn had her eye on turned, said something to Christina, then wrapped his arms around her friend and kissed her.

Deflated, Jenn watched the couple as their lips met and met again. It was more than a simple peck and though their arms and hands didn’t roam, she could tell when their tongues did. Jealousy overwhelmed her and she pushed it down as she looked away.

When she looked back, Christina was at the bar and the man was talking with his friends again. It seemed like they didn’t even know each other, and when Christina passed the group
on her way back to the table, they didn’t acknowledge one another.

“Who is that?” Jenn asked as Christina set the drinks on the table.

“I don’t know. He asked me if he could kiss me and I said sure.”

“Well, not usually, but he’s hot! You should see him up close
. He was just an okay kisser though—nothing special.”

Mean thoughts crossed Jenn’s mind and she quickly
silenced them. Christina had no idea how she felt about the man. She wouldn’t have kissed him if she knew how Jenn felt. It didn’t matter anyway, the one time she planned on approaching a man, he’d been so drunk he’d kissed a random girl in a club. This was definitely not someone she wanted to know, or do anything else with for that matter.

Jenn kept her mouth shut and sipped her soda.

Matt smiled and laughed with the group. He had no idea what they were laughing at, but he played along. They’d all been drinking when he arrived and he’d already had four beers. He had no way of knowing how much they drank before he got there, but some of them were definitely
way past drunk. Thankfully they always made arrangements for a safe way home prior to going out.

Matt never had to worry about a safe way home. As a wolf shifter, alcohol didn’t affect him like it did
regular humans. Four beers would dull his human senses, but his wolf ones went unaffected. He had no idea how much he’d have to drink to be one hundred percent intoxicated, but he really didn’t care to find out.

Tonight he was being a bit more social than usual. He was a wolf without a mate, or even a companion, and sometimes the
solitude overwhelmed him. Lately he’d given in to feeling a bit sorry for himself. He dated a bit, but no woman touched his soul like he thought a true mate would. To date he’d never met anyone he wanted to spend his life with.

Being a shifter was
often difficult and lonely. While some animals lived in communities together, a sort of make-shift pack, most shifters lived alone. He could think of at least two other shifters in Chestnut Rock, and while their animal senses acknowledged each other, they each kept to themselves. If a shifter didn’t find someone to accept them and share their lives, it was possible for a shifter to die of loneliness. Even having the same lifespan as humans, it was a long time to be alone.

If a shifter was lucky enough to find a mate, and she
was willing to change, their love would strengthen with a mating bond. When a mated pair shifts together for the first time after a mate tastes the shifter’s blood, the mating bond is formed. Every shifter dreams of finding someone to share the strong connection.

A Man Betrayed by J. V. Jones
1972 - Just a Matter of Time by James Hadley Chase
A Trip to Remember by Meg Harding
The View From Who I Was by Heather Sappenfield
Buffalo Jump by Howard Shrier
Cinderella Christmas by Minger, Elda
Losing Hope by Leslie J. Sherrod
What the Dog Ate by Bouchard, Jackie
The Scar by Sergey Dyachenko, Marina Dyachenko
Squelch by Halkin, John
Our partner