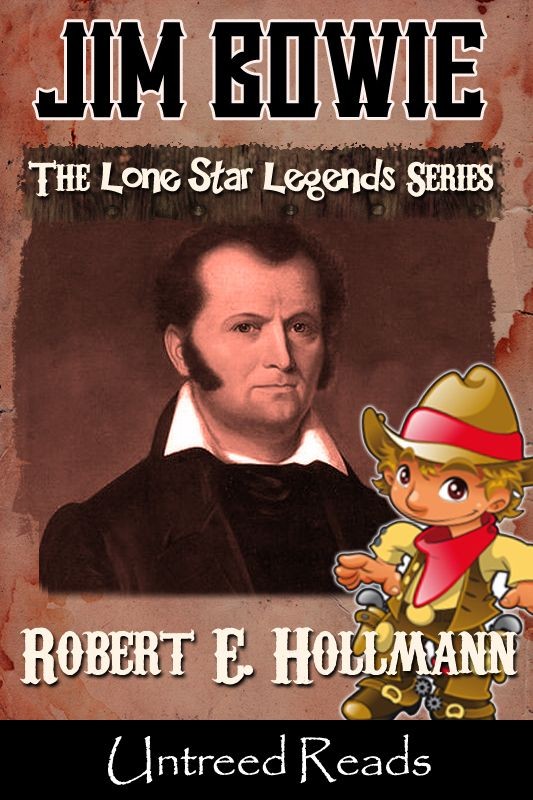 This electronic book has been produced from the print edition. Untreed Reads has retained punctuation from the original edition per the author’s request.

To Biscuit: A Good Dog

The old dog wandered slowly across the yard to the little cabin. The hard-packed dirt of the front yard hurt his paws. The noonday sun was hot and the old dog was looking for a cool place to lie down. Stopping in front of a half filled bowl of water, he lapped up some. He looked at an old bone that lay next to the bowl, but there was no meat on it, so he walked on. He walked around the corner of the house and found a shady spot. The old dog stretched and lay down with his head on his paws. He yawned once and was soon asleep.

The sudden noise startled the old dog and he jerked his head up. He yawned again as he searched for the source of the noise that had woken him up. Two small puppies were racing toward him. Their ears flapped and their tongues hung from the sides of their mouths as they ran. The old dog put his head back on his paws and closed his eyes.

He felt the small dogs come to a stop beside him. He heard them panting. Finally one of them said, “Get up, Grampa. We want to play with you.”

Slowly the old dog opened his eyes and looked at the puppies.

The girl puppy walked over and licked the old dog’s face.

The old dog stretched and slowly stood up.

“Now, Princess, I like to play with you and Butch too. But it’s too hot right now. We would all get sick playing in this hot sun.”

Butch jumped at a passing butterfly and then sat next to the old dog.

“Well, there’s nothing to do. Daddy is out hunting and Momma is watching the sheep. We want to do something.”

The old dog found a softer spot and lay down again.

“No. We don’t want to take a nap,” both puppies howled at once.

Princess walked over and lay down beside him.

“At least tell us a story.”

Butch ran over and plopped down next to Princess.

“Yeah. Tell us the one about when you were young and were friends with that big man.”

The old dog opened one eye.

“Big man? Oh, you must mean Jim Bowie. Why, I’ve told you that story a hundred times, don’t you want to hear something else?”

“No.” Both puppies shook their heads. “We want to hear that one.”

The old dog sat up and scratched his ear with his hind foot.

“Well now, let’s see. That was a long time ago. I was no bigger than you are now. I was living in Louisiana. My parents had both died and I was all by myself in the swamps. It was hard to stay alive then. There was not much food that I could catch, and there were a lot of things that wanted to catch me.”

Both of the puppies sat up and watched the old dog. He looked far away, looking at something from long ago.

“I was walking through the swamps one day and I heard voices. Back then I didn’t know what humans were, so I hid in a bush by the riverbank. Pretty soon I saw two young men walking through the trees. They had a net and some rope and I could hear them talking. I was scared because I didn’t know what they were going to do. I lay down as low as I could under that bush and watched them walk by. They stopped right next to my bush and I heard them talking…”

“Jim, you’re crazy to want to try and wrestle an alligator. Ma is going to skin you if she finds out.”

“Well, Rezin, she won’t know if you don’t tell her. I think it’s fun to wrestle an alligator. Now, let’s go find one.”

“I watched the two men walk away. They seemed like they were pretty nice. I decided to go after them and see what happened. I stood up and started to follow the men when I heard a sound behind me. I turned and saw a big alligator with his mouth wide open…coming right for me.”

The old dog laid his head back on his paws and closed his eyes.

“Grampa,” Princess called out. “Wake up. Tell us the rest of the story.”

The old dog opened his eyes and yawned. He looked at the two puppies watching him with wide eyes.

The old dog shivered as he thought about being food for the alligator. “Just when I had given up all hope, I heard something crashing through the bushes. I looked up and saw the young man called Jim leap off the riverbank with a yell. He flew over me and landed on the alligator’s back. The alligator was surprised and opened his mouth. I jumped away, but part of my tail fell off. I ran under the bush where I had been hiding and watched as Jim sat on the alligator’s back and grabbed the alligator’s jaws, holding his mouth shut. Jim was yelling and holding on as tightly as he could, while the alligator moved his body from side to side, trying to throw Jim off his back.”

Princess snuggled up to the old dog while Butch stood up and said, “If I had been there, I would have grabbed that alligator’s tail and bitten it clean off. That’s what I would have done.”

The old dog shook his head and continued his story.

“Jim was holding on for dear life, and I could tell that the alligator was getting tired. I looked up and saw Jim’s brother, Rezin, looking down at the fight….”

Jim’s face was turning red and he was breathing hard, but he held on to the alligator’s jaws. The movement of the gator’s tail was getting slower and slower. All at once, Jim hopped off the alligator and turned him over on his back. Jim began to rub the gator’s stomach, and soon the alligator was asleep. Jim slowly stood up and smiled at his brother.

“Wow, that sure was fun. That gator was strong. I was worried there for a little while.”

Rezin walked down next to Jim. “You better be worried. That gator tore your shirt. Remember what Ma told you? ‘Don’t be wrestling alligators and don’t be tearing up your clothes.’ You’re going to be in more trouble with her than you were with that alligator.”

Jim looked at the rip in his shirt and shrugged.

“I’ll tell her I caught it on a tree. She can’t get mad about that.”

“Jim, you can’t lie to Ma. She sees right through you every time. Well, we best be getting back home. I think that alligator will be waking up pretty soon.”

Rezin walked up the riverbank. Jim looked over at the bush where I was hiding.

Jim walked over to the bush and knelt down to look at me. He held out his hand.

I backed further under the bush and growled, trying to sound mean. Jim smiled and reached into his pocket. He pulled out a piece of meat and held it toward me.

“Are you hungry?” he asked. “Wrestling alligators always makes me hungry.”

I sniffed at the meat. It had been a while since I had eaten. It smelled good. I looked at Jim. He seemed friendly. I took a step forward and licked the meat. It tasted good. I took the meat from Jim’s hand and began to chew it. It sure tasted good. Jim rubbed his hand on my head while I ate. When I was finished I licked his hand to let him know he was my friend. Jim felt my tail where the alligator had bitten it.

“You’re sure lucky, pup. That alligator wanted you for supper.”

“Come on, Jim,” Rezin called. “We have to get home. Ma will be mad enough about your shirt without us being late for supper.”

Jim picked me up and rubbed my head. I snuggled against him. I felt safe for the first time in a long while.

“I can’t leave him out here to be alligator food. He looks like a good pup. He could stand some good food, and Ma’s the best cook around.”

I watched Rezin shake his head.

“You’re always picking up strays, Jim. What are you going to call him?”

Jim looked at the alligator that was beginning to stir. He reached down and felt the stump of my tail where the alligator had bitten it.

“I think I’ll call him Gator. Let’s go. Ma will have supper waiting.”

AS Jim carried me through the swamps I began to relax. Soon I fell asleep and did not wake up until I heard Rezin call out.

I looked up and saw a small cabin sitting in the center of a clearing. Smoke drifted from the chimney and a small woman stood in the doorway watching us. She waved then walked back into the house. Jim carried me inside the cabin.

“Hey, Ma. We got something for this dog to eat?”

I watched the old lady as she looked me over.

“Where did you get this mutt? He looks like gator food.”

Jim laughed. “He nearly was. See his tail? A gator bit it off. I reckon he just needs some good food and he’ll make a fine-looking dog.”

The old lady shook her head as she put some meat scraps in front of me. “I swear, Jim Bowie. You’re always bringing home strays. Well, go wash up. Supper’s ready. Then take off your shirt so I can mend it. I guess you’ve been wrestling alligators again.”

Ambassador by William Alexander
Seduction on the Cards by Kris Pearson
Lord of Vengeance by Adrian, Lara
Too Many Crooks Spoil the Broth by Tamar Myers
The Alpha Claims A Mate by Georgette St. Clair
Lifted Up by Angels by Lurlene McDaniel
Chasing the Wild Sparks by Alexander, Ren
A Very Dirty Wedding by Sabrina Paige
Sedulity (Book One) Impact by Forsyth, David
After the Rain by Lisa de Jong
Our partner