Journals of the Secret Keeper 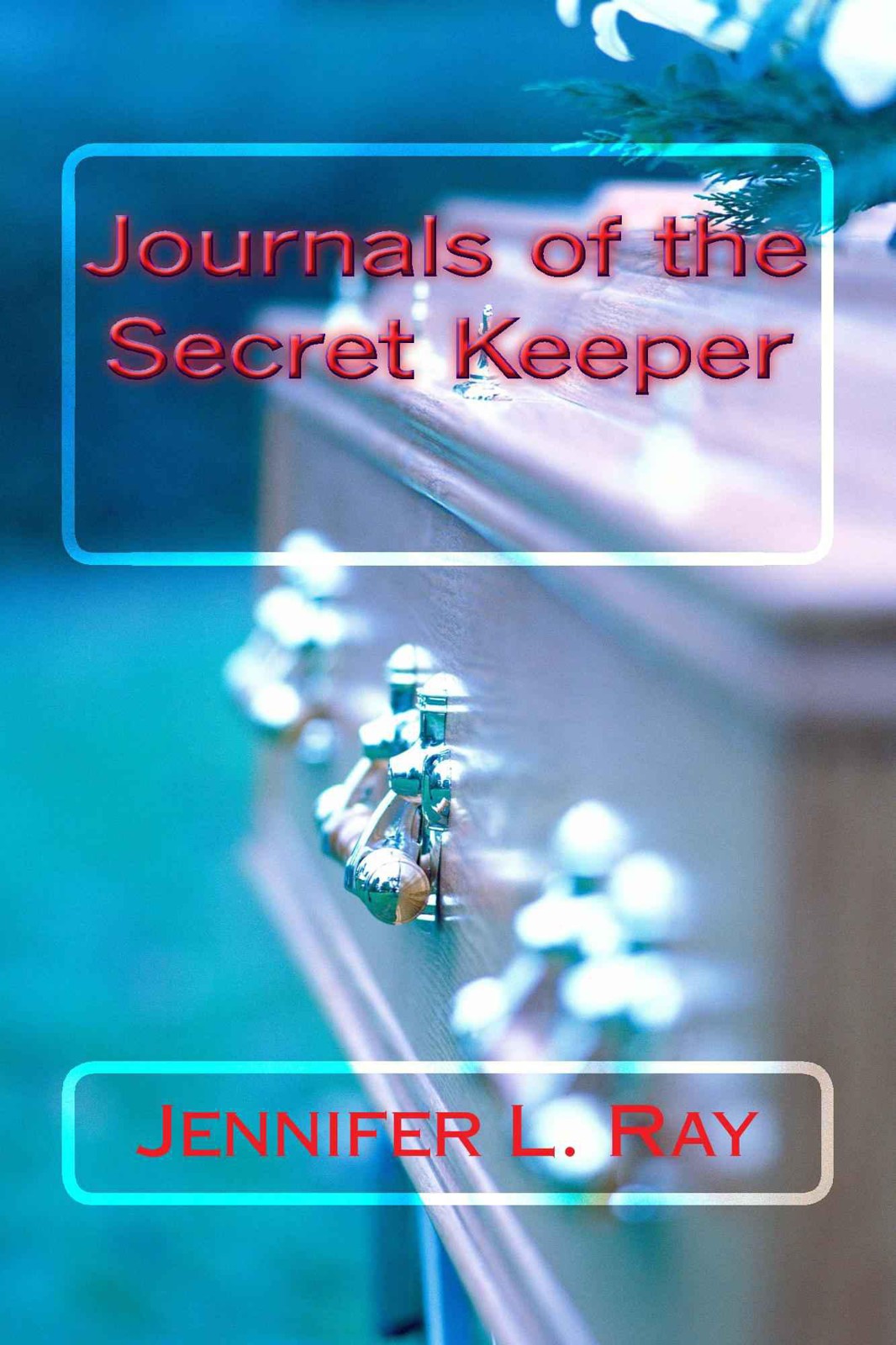 Willetta is doing what she does best...running away. This time life catches up with her and brings her past and some of her ancestors' pasts with it. This intriguing novel tells the story of Willetta and Andrik who have Mama Jean in common. Mama Jean is the secret keeper and her secrets are written in journals buried beneath the mulberry tree. Andrik and Willetta fall in love, but have every reason to hate each other. The journals can tear them apart or offer redemption to everyone involved. Everything depends on the journals of the secret keeper.

JOURNALS OF THE SECRET KEEPER

Willetta Jones' car was stuffed with her
belongings. Her back window was completely
blocked with bags of clothes.
The rearview mirrors
on the doors were the only things that kept her from
driving blindly on her drive from Atlanta, Georgia
to Marks, Mississippi.
She was on a long
sabbatical to do a little soul searching.
The best
place for that was always home.

The old dusty Mississippi road had not
changed at all. Trees stood tall along either side of
the road. They leaned into the dusty lane as if they
were protecting something or someone. Willetta
had at one time felt the effect was creepy, but now
she drew comfort from it. After all, she did need
protection. She was hiding from her fiance.

Willetta met Damion Racy at a college
house party in Atlanta, Georgia. He was tall, thick
with muscle, and cocky. Willetta was nineteen and
green. That one meeting began a six year
relationship that had been tumultuous and
demoralizing for Willetta. Damion was controlling
and unnecessarily mean at times, but he was a
charmer too.
His apologies would be so eloquent
and sincere; they would nearly melt Willetta's heart.
The course of their relationship vacillated between
terrible arguments and sweet makeups.

Recently Damion decided they should
marry. Finally, Willetta realized something was
awfully wrong with their relationship, because she
had absolutely no desire to marry him, but was too
afraid to say no. So, she said yes. The days before
the wedding date flew by with Willetta never quite
gathering her courage to tell Damion she could not
marry him.

Two days before the wedding Willetta
received the phone call that Mama Jean was dead.
The caller was a man she had no recollection of and
his voice had been laced with steel and cold as ice.
When Willetta asked how she died, it sounded as if
he slammed the phone down in her ear. She heard a
click and then the dial tone. It left her bewildered,
but she was thankful for the call.

Willetta was sad that Mama Jean had died,
but she had grown apart from her grandmother.
They had not been on the best terms. Mama Jean
was more controlling and demanding than Damion.
Willetta shook her head at the irony of her situation.
She'd left Marks, Mississippi running from her
grandmother and now she had left Atlanta, Georgia
running from Damion. Running back to the very
same place she ran from in the first place. That had
to mean something. She shrugged her shoulders
and continued driving.

Willetta was now twenty-six years old and
savvy to the world and the people in it. She was
cynical and independent. She'd made her career in
marketing. She freelanced and floated between
huge corporate businesses that needed her expertise.
This allowed her versatility in schedule and
location. All she needed was her laptop and her cell
phone.

She suppressed a giggle as she realized this
was the exact time the wedding was to have taken
place. She wondered if Damion had been arrogant
enough to continue on as if she had not been
ignoring his phone calls for two days. She could
see him right now standing at the altar in his black
tuxedo. He would be tapping his feet and flashing a
fake grin at his friends and family. She hoped
fervently that the wedding was still on. She only
wished she could be there to see his face when he
finally realized she would not be there. Willetta
decided it was okay to laugh and she cracked up.

She was still laughing when she pulled into
Mama Jean's yard. There was an old beat up pickup
truck parked on the grass. Willetta saw the truck
before she saw the man, but he had already seen
her. Her wild laughter had left a crazy smile on her
face. The smile slowly slid away at the sight of the
man standing in the middle of the yard. He was
huge and black. His skin was blacker than any skin
Willetta had ever seen in her life.
His tall frame
towered above everything in the yard except the
house and the trees. He was looking directly at
Willetta and waiting.

Willetta fumbled with the door to get it
open. She stepped out of the car realizing too late
that it was still in gear. The car lurched forward and
Willetta's eyes opened wide in horror, as she
realized she could not get back in quick enough to
stop it. She wrenched herself away from the car
and out of the way. The man moved really fast for
someone his size. He had practically stopped the
car with his bare hands before he opened the door
and stuck his long leg in to put his foot on the
brake. He put the car in park and took the keys out
of the ignition.

"You must be Willetta," he said
sarcastically, as he dropped her car keys into his
pocket.

Willetta would recognize that voice
anywhere. It was the same man that had hung up on
her. She put her hands on her hips and looked up
into his face with every intention of telling him off,
but words failed her. He was beautiful. Not
handsome, but beautiful. The skin on his face
glistened with sweat or oil or something and it was
flawless, spotless. His lips were full and his teeth
were white and straight. Thick black eyebrows and
super thick, long eyelashes surrounded eyes that
were translucent brown. Dimples dented the side of
his face even without a smile and she knew they
were deep as pools. His hair was cut short and
Willetta did not miss the wavy texture of it. He was
more beautiful than she, and Willetta knew she had
it going on.

She realized too late that she had been just
standing and staring. The slow grin that spread
across his gorgeous face, made Willetta break out in
a sweat. She suddenly became aware of her
appearance. The rundown joggers she had on fit
loosely and sloppily and the nasty tennis shoes she
wore were just too nasty, but she secretly adored
them. Her T-shirt had old paint and faded wordings
on it. She looked horrible and here he stood
grinning like a superstar on the red carpet.

Willetta had game too. She flashed a
brilliant smile, showing off her pearly whites. She
snatched the baseball cap off her head and fanned
vigorously as her long hair fell around her
shoulders. One eyebrow went up and one leg went
back. She could wait silently too. She could give
as much as he gave.

How It Is by Samuel Beckett
Valon: What Once Was (Volkov Bratva Book 0) by London Miller
Who Wants to Marry a Billionaire? by Stone, Emily
Christmas Dinner (Crimson Romance) by Neeley, Robyn
Sweetgirl by Travis Mulhauser
Duchessina - A Novel of Catherine de' Medici by Carolyn Meyer
Switching From Windows to Mac by Scott La Counte
Winter Door by Carmody, Isobelle
The People in the Castle: Selected Strange Stories by Joan Aiken
Building Faith (Long Beach Series Book 2) by Dani Matthews
Our partner