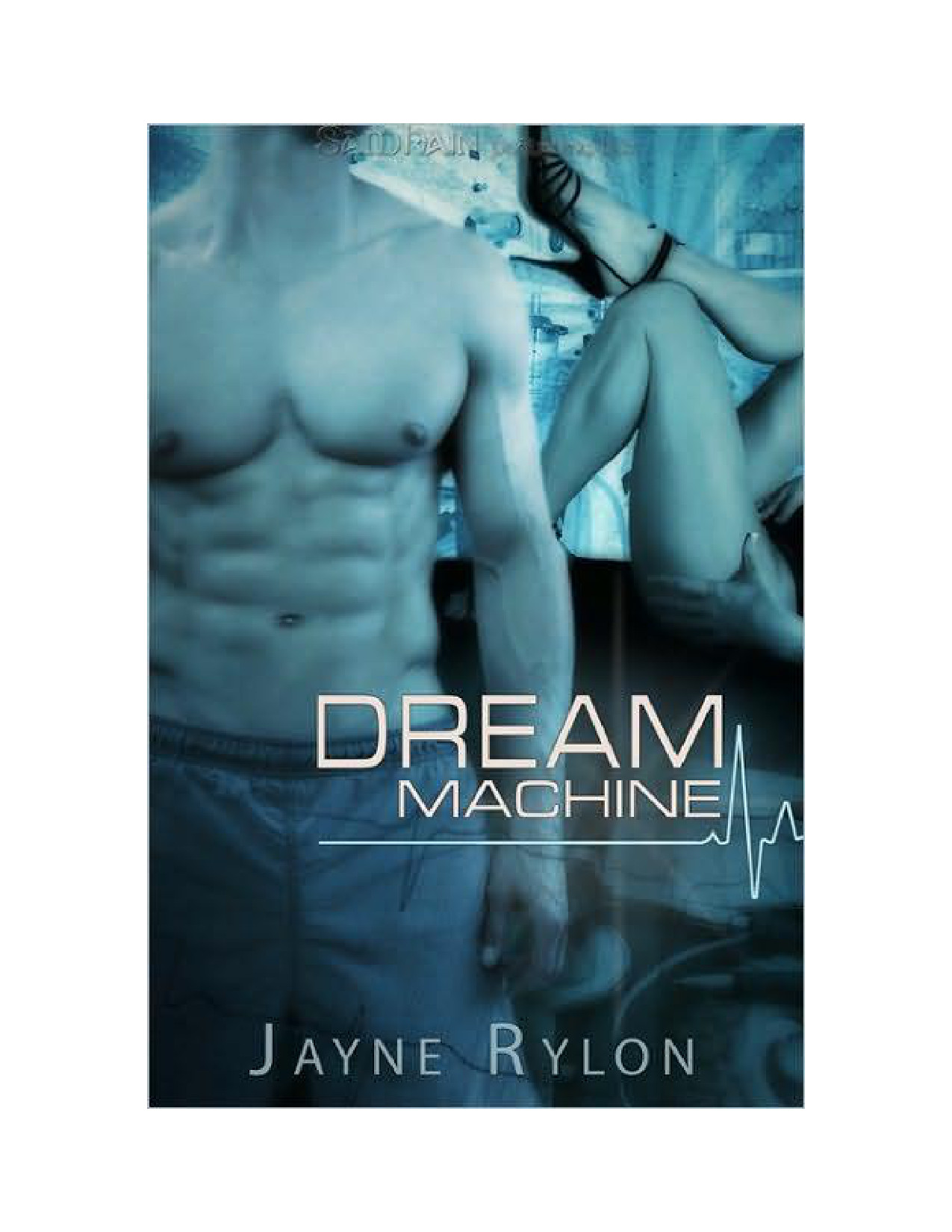 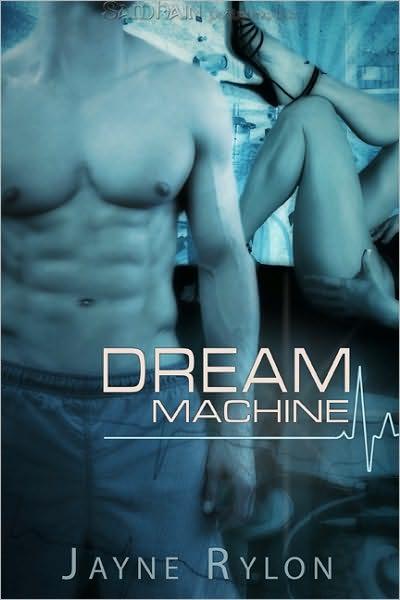 The best dreams are made of naughty and spice.

Rebecca Williams is about to achieve her goal of graduating from a prestigious university and winning a coveted spot in her mentor’s cutting-edge psychology practice. She just needs one more qualification: sexual experience. She never dreamed it would come at the hands of the man she’s admired and wanted for six years.

Kurt, a brilliant psychologist in the field of sexual therapy, is a scientist to the core. Attraction and lust are nothing more than chemical reactions, in his clinical opinion. Love? It’s just a figment of the imagination born of nature’s directives. He’s on the brink of proving it with a new machine that uncovers latent desires.

In short order, Becca’s forbidden lust for her boss is exposed. As Kurt continues to enlighten her on the darker facets of her sexuality, the student unexpectedly becomes the teacher.

And suddenly Kurt is confronted with the irrefutable proof that love is so much more than a societal construction.

To the people who don’t know that I’m an author but would be proud if they did.

Dr. Kurt Foster revolted against the ultimatum his colleague, Dr. Luke Malone, had just delivered on behalf of the Elembreth University Psychology Board. Kurt shook his head then continued, “I won’t fucking do it.”

“Don’t make this harder than it already is, Kurt. You no longer have a choice.”

He registered the genuine regret in Luke’s expression when the other man slid the rejected paperwork across the glossy surface of Kurt’s desk.

“They denied your plea. There are consequences to decking James, even if the bastard deserved it.”

Kurt yanked open a drawer, dumped the folder inside then slammed it shut, wincing as he flexed his scabbed knuckles. “She’s been violated once. I won’t let her be subjected to it again without her permission.”

“Calm down. I admit it’s not typical procedure but I’m here to do the only thing in my control to prevent the board from kicking your ass out and firing you from the job you love.” Luke inhaled, his gaze darting away for a moment. “The board has ruled. You’re to conduct the Dream Machine experiment with Rebecca.”

“Yes, sir, Mr. Board President.” Kurt sneered. Luke didn’t deserve his foul mood but he couldn’t suppress the urge to swipe at someone while everything he’d built crumbled around him. He shoved back then began to pace, scrubbing his hands through his hair. “Fuck! I don’t mean that, Luke. I just…”

“I know.” Of course the renowned psychologist understood. “You feel guilty because her dreams were invaded, because watching them made you want her more and because you’re afraid she’s not ready. But you have an impeccable record. You know I think of you as a brother, but I’m speaking for the board when I say you’re the right man for this job. This is the only opportunity you have for a true control. You’d never be allowed a blind trial if Dr. Dipshit hadn’t broken into your lab. He proved it’s safe. And that Rebecca wants this.

You starred in every single wild dream of hers. She needs you.”

The fury Kurt hadn’t succeeded in pounding out on James prohibited him from answering. He’d never intended his invention to be used like this. As a leader in the field of sexual therapy and repression research, he strived to help people, not hurt them.

Two nights ago, he’d forgotten to lock the damn door to his private laboratory, which adjoined the university practice. His assistant, Rebecca Williams, had paid the price for his moment of carelessness. And she didn’t even know it yet.

If he didn’t agree to the board’s demands, they would find someone else to take his place. Probably Luke.

Defeated, he sank into the plush leather desk chair.

“How’s this going to work?”

“The board is giving you seven days to prove the Dream Machine is a viable treatment for sexual repression. They agreed to allow you to operate without a witness in person, but you have to record the proceedings for me to review each day. If you tell her about the break-in, the board will terminate the study. I won’t be able to intervene to protect you again. You’ll bring her to a board meeting midway through to present your progress. If they see merit in the work, they’ll allow you to continue to completion.”

Kurt knew Luke well enough to identify the heat layered beneath concern in the other man’s eyes. He growled low in his throat. “Don’t be thinking about her like that.”

A rich laugh rumbled from Luke as a wicked grin spread across his face. “I admit it. I’m envious. Just think, this is your golden chance to have her without ruining your working relationship. She’s not the innocent young woman you first met as your student. She’s about to graduate at the top of her class and, no one knows better than you, her stellar performance in the university psychology intern program makes her a clear candidate for a permanent position.”

The knot of worry, frustration, anger and betrayal lodged in Kurt’s gut loosened for a moment. “Does that mean my nomination was voted on?”

Luke confirmed the only good news he’d had today. “The board agreed this experience will complete her training. If she can learn to cope with her emotions instead of repressing them, their last reservations on her character will be invalidated. If the experiment is successful, and if she accepts the position, the board will appoint her as your partner. The decision was unanimous.”

“Then it’s a deal.” Kurt would do whatever necessary to ensure Becca’s dream came true. It was the least he could do. “But how the hell am I going to get her to agree to be my subject without filling her in on the details? I won’t do this without her consent.”

The wattage of Luke’s smile doubled. That look had lured in many willing women over the years they’d been friends. It appeared charming but the devilish smirk meant he’d been up to no good.

“Let’s say the wheels are in motion. She’ll come to you. Soon.”

“Don’t tell me. I don’t want to know.” Kurt rose, shaking his head.

Luke met him halfway around the desk then clapped his hand on Kurt’s bruised shoulder. They walked side by side toward the office door. “Call me when you have the first stage finished then I’ll gather the board. And please, be careful.”

“Got it. Luke…” Kurt pivoted, tempted to hug the man who’d been his closest friend for years. After a brief but awkward silence, he settled for silent communication. “Thanks.”

Luke responded with a tiny nod before slipping into the lobby.

By four o’clock in the afternoon, it’d already been a long day for Rebecca Williams.

Well, two days. She’d pulled an all-nighter studying, then taken her early morning final exam before going straight to work at the clinic. Dr. Foster was booked solid, which meant a lot of prep work for her. There hadn’t even been a second to talk to him about the memo on her desk. As soon as he finished his meeting with Dr.

Malone, she’d do it.

She promised herself she wouldn’t back down.

Her pencil paused in mid cross-through on the last item of her to-do list when the front door burst open. A woman barged into the lobby, her eyes puffy and red from crying. Mussed hair stood out from her scalp as though she’d run her hands through it a million times.

The woman rushed straight to her and flung her arms around Rebecca. “I caught Jim with some piece of trash. In our room. Right on my own bed.” The words were muffled against Rebecca’s shoulder. Sobs wracked her body. Steering her down the hall, Rebecca led Mrs. Henderson to privacy in a vacant patient room.

“Everything’s going to be all right. Have a seat and I’ll get Dr. Foster. It’ll be just a moment.” Rebecca helped the woman to the chair while she tried to soothe her with a calm voice.

“No! Don’t go. I’d rather talk to you.” Mrs. Henderson grabbed her hand, preventing her from turning away. “Please.”

How could she deny the woman?

“Of course.” She settled on the adjoining chair, Mrs. Henderson still grasping her hand like a lifeline.

Rebecca updated Mrs. Henderson’s case file with the details of their session when her cell blasted the shrill emergency ring associated with her sister. She dove for her purse then dug out her phone.
Can this day get any
worse?

“Calm down, Elsa.” Rebecca quieted her hysterical younger sister over the phone. “I think everything’s going to work out. I didn’t tell you yet because I don’t want to get your hopes up again but I have a plan. I can’t really talk right now, I’m at work. I’ll know for sure by tonight. I promise I’ll call you then.”

“Becca, that’s awesome!” Her sister’s elated voice proved she had skipped over the maybes going straight to assuming everything was taken care of.
Great.
“I’m going to tell Mom. Talk to you tonight! Love you!”

“I love you too, Elsa.” Rebecca wasn’t sure her sister heard her response as she went off in the background, screeching for their mother. She hoped the woman was having a good day but she could only worry about so many things at once. Sighing, she slipped her cell phone back into her plain purse.

As she tucked the black bag under her desk in the reception area of Dr. Foster’s university practice, the door to his office opened and Dr. Malone emerged.

“Thanks for covering, Rebecca. See you soon.” The tall, handsome doctor always found time to chat with her, no matter the difference in their ranks. She enjoyed seeing him but, today, she was swamped and finding it difficult to focus on anything but the decision she’d made earlier.

“You’re welcome, Dr. Malone. Have a good day.” She responded automatically, without questioning the curious look he shot her before making his way out the front door.

Slotting Mrs. Henderson’s file back into the cabinet, she decided it was now or never.

Rebecca snuck one final glance at the paper fluttering in her hand, willing herself to stop shaking. She paused then drew a deep breath to fortify her nerve before knocking on the heavy wood-paneled door to Dr.

Out of Bondage by Linda Lovelace
Heating Up Hawaii by Carmen Falcone
Kill List (Special Ops #8) by Capri Montgomery
More to Us by Allie Everhart
Convince Me (Holton Series #1) by Blair, B. L.
Petr's Mate by April Zyon
The Girl Who Fell Beneath Fairyland and Led the Revels There by Catherynne M. Valente
Me You Us by Aaron Karo
Point of Crisis by Konkoly, Steven
Dorothy Garlock - [Annie Lash 03] by Almost Eden
Our partner