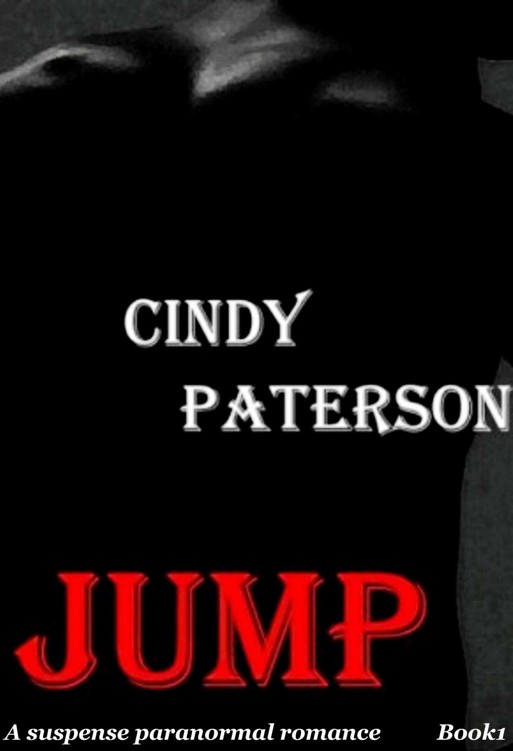 This book is a work of fiction and any resemblance to persons, living or dead, or places, events or l
ocales is purely coincidental. The characters are productions of the author’s imagination and used fictitiously.

All rights reserved. This book may not be reproduced, scanned or distributed in any printed or electronic form without the permission of the author, except in the case of brief quotations embodied in critical articles and reviews.

Special thank you to my editor.

For Marilyn who always believed in me.

I love you mom

DS:
Deep Sleep. A state where one can be put into sleep for short periods of time. It can only be done by a Taldeburu.

Healers:
Rare and always women, they are capable of healing other Senses with the touch of their hands, but it comes with a price. They will feel the pain of the injury and envision how the injury occurred. This can be severely traumatic and weaken them.

On occasion a healer is capable of healing humans, animals and other entities. Telepathy.

Reflections
:
A strong empathy towards emotions. Some can take in emotions and alter them, however this can weaken and cause them pain.
They are the strongest telepathically.

Rest:
A coma-like state where a Senses dreams their worst memories repetitively. Only a Taldeburu can put a Senses in Rest for a predetermined amount of time.

Scar:
The Goddess Enid embedded an ink drawing on each Senses. The Tattoo's come alive when called upon when a Sense is in need. They must stay within a certain distance of their Sense and will weaken their master. Scars are fierce and some even deadly.

Sounders:
Can detect high frequencies. They must learn to block out sounds as very high pitches can cause severe pain. Telepathy. Telekinesis  (they excel at).

Taldeburu:
Leader of the Senses in their territory.

Visionaries:
Able to see through certain objects. Some have the ability to use their eyes to burn objects and/or read in hyper-speed. Telepathy. Telekinesis.

Wraiths:
The four Elemental Wraiths were created in order to assist the Senses in protecting mankind from darkness that walks the earth. They each have the ability to manipulate their element. Wraith of Earth, Fire, Air, Water.

She vomited the first time she saw him.

That was hours ago . . . or so she thought. Time meshed into a swamp of leech-sucking minutes.

Her body, weak and exhausted from fighting, had become a toy to him.
Clamped with steel shackles, her wrists and ankles felt like someone had poured alcohol on them and then held them over a scorching fire. Her muscles were cramped from the constant shivering, and her teeth chattered like a jack-hammer.

She gagged on the pungent smell of black licorice that permeated the air. Her sandpaper throat made swallowing unbearable and every inhalation agony
, while her mind screamed in utter anguish and horror.

The terror of dying
had vanished hours ago. Now she prayed for it.

His long dagger-like nails crawled along her neck where he
’d bitten her repeatedly. He gripped her neck, tilting her chin up and to the side. She locked her jaw, waiting for the familiar pain. She didn’t scream any longer—it made no difference—no one was rescuing her from this monster.

He hissed, the sound like a zipper being undone. She squeezed her eyes shut as the smell of licorice flooded her nostrils and his breath wafted over her skin. She groaned and jerked as his teeth s
ank deep into her throat.

She lay unmoving, po
werless to refuse him, frozen in the nightmare that had become reality.

He drank until her vision c
louded and her nails loosened from her palms as her body weakened from the blood loss.

“My sugary Danielle,” he said.

His voice was a calm melody, as if a paintbrush were running across a fresh white canvas, sweeping, rhythmic and subtle. She loathed that it was captivating. She hated that she compared his voice to something she loved, but she had no control. It was as if his voice had the ability to make her do anything.

She lay limp as the shackles released and cold fish
-like hands grabbed her arms and dragged her across the damp dirt floor to the cage. Her haven. Away from him. Away from the torture.

The monster threw her inside, the gate slamming behind as she lay huddled in a torn nightshift and underwear. The cag
e lifted off the ground and rocked back and forth as it was cranked upwards until it settled next to two other cages several stories above the ground.

Attempting to block out the horror was impossible. It ate away at her from the inside out. Soon it would become worse as the blood he consumed slowly replenished.

Why was she here? Why her? God, what psycho’s hands had she landed in? Was he going to kill her or continue to feed off her? The questions tormented her thoughts, but there were never any answers.

Words refused to pass her quivering lips. So cold. The endless shivering, muscles aching from constantly trying to provide her body with warmth. Her throat was dry and hoarse from screaming
, as if a razor blade had scraped the flesh, leaving it painful to swallow, speak and breathe.

Water. Just a drop. On
e drop to ease the agony, soothe the torture of taking a single breath.

The familiar voice
mixed with the constant sound of water dripping down the inside of his cage, a torture in itself, had become her comfort in this hell.

It took too much energy to move, but she managed to open her eyes and peer at him. Her neighboring prisoner gripped the bars, knuckles white, body tense like a spring wound up so tightly that it was ready to fracture. His mangled leg hung useless, but somehow he still managed to stand.

Water. The thought of it made her throat open with anticipation to ease the suffering. She st
ank like vomit. She wanted to peel away her skin and throw it in the garbage; it wasn’t even good enough for recycling. To drink water, wash out the taste in her mouth, quench her thirst; such a simple everyday action had become an obsessive need.

“Reach out your hands,” he urged.

She hesitated only because she wanted to die. How long before you died without water? A slow death to be sure, but . . . she was actually contemplating death. Never in her life had she thought of giving up on living. She lived by the moment, enjoying each day no matter what it brought with it. The female thing about holding on to a grudge for weeks on end—yeah, not her thing.

“I won’t let you die,” he said in a
gravelly voice. “Put your hands through the bars.”

The thought of liquid sliding down her throat was irresistible, even worth the pain of moving limbs that hung like overcooked spaghetti. Survival. She had it lingering inside her still. The tiny hope that she’d see the sky again, feel the wind against her skin and hear her cat purr.

Danielle put one hand then the other through the bars. She cupped them together and closed her eyes, afraid to watch. Afraid that he wouldn’t be able to reach her and the relief would die.

The saturation on her skin caused tears to pool in her eyes. Water dripped through the crevices between her fingers and she quickly jolted back, afraid to lose a single drop of what he was offering. She licked her palms
, the wetness adhering to her throat. Velvet. Sweet heaven.

She rea
ched out again and this time opened her eyes. His large hands collected the water from the shower head attached to the top of his cage. It dripped slowly and it took agonizing minutes just to gather a small handful.

They repeated the process five times, until her arms resisted rising any longer. “Thanks,” she whispered as she collapsed back onto the cold metal floor, legs curled beneath and arms wrapping over her breasts, trying to provide herself with some sort of warmth and dignity, although the latter was improbable after all that had happened.

She thought she heard him growl, but she wasn’t certain. So many sounds blended with others—screams, chains clanking, water dripping.

She drifted in and out of sleep, pain mixed with the terror of hearing the clanking of her cage being lowered. Numerous times, she jolted awake to hear the cries of another being tortured.

She woke to the deep male voice that had become her savoir. Her teeth began chattering again and she wrapped her arms around her shivering body. She heard him curse and knew her reprieve had ended.

The chains rattled and her cage lowered. God, no. How long had it been? Days, minutes, hours? No concept of time, just the realization that
the monster would drink from her again.

“Little one,” he repeated.

She shuddered, unable to think of anything except what was to come. Her stomach curdled, but she had nothing left to vomit.

“Listen to me. You will survive this. Don’t give up on me. I promise you, I’ll get you out of here.”

The Arcturus Man by John Strauchs
Jeff Corwin by Jeff Corwin
To the Brink and Back: India’s 1991 Story by Jairam Ramesh
Constant Pull by Avery Kirk
One Last Night by Bayard, Clara
Mind Control 101 by Ellen Dominick
Churchill's Secret War by Madhusree Mukerjee
Finding Justice by Rachel Brimble
A Bright Tomorrow by Gilbert Morris
The Goddess Redemption #2 - Spellbound (a Paranormal Romance) by Lockheart, Kelli
Our partner