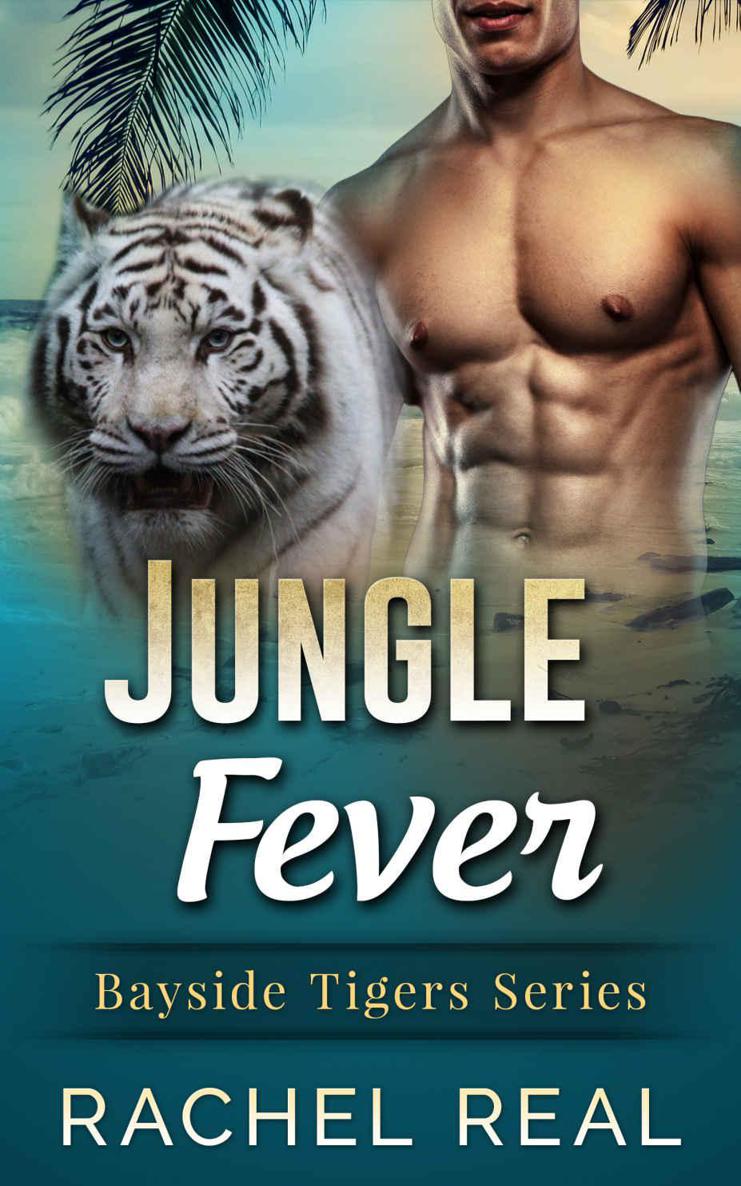 Thank you for checking out my book.

Explicit and graphic love scenes are ahead. If you are uncomfortable with VERY GRAPHIC sex, turn back now. This book is intended for readers 18+

W
e’re gonna see strippers... What the hell was I thinking when I agreed to this?
Elsa Spilnecki thought. Sure, it was Elsa's bachelorette party. And sure, it's supposed to be her last wild night of fun, but
really
?

Elsa's typical idea of fun was cooking up new super secret recipes for her bakery. The same recipes that made James Marshall, her fiancée, take notice. But her wild and crazy bestie, Caroline Rue, wasn't taking "no" for an answer.

"C'mon, Elsa. You didn’t fly all the way down here, to this bright sunny paradise, just so you could mope for seven days in the hotel..." Caroline teased, pushing a reluctant Elsa forward.

Elsa's wedding was only a week away. And so far, she's only been panicking about flower arrangements, food catering and dress fittings.

A bunch of Elsa's friends and colleagues flew in from New York for her island wedding in Bayside.

"Caroline, this isn't really me. I mean hot guys wearing next to nothing—I
think
I'll pass. The only man I need is James. He's dignified, respectful and—," Elsa started.

Elsa shifted her weight to one side, teetering on her heels. "Anyone who doesn't have a million tribal tattoos or doesn't play in a crappy band is boring to you. I like my stable predictable life—
thank you very much
!" Elsa replied with a toss of her straight auburn hair.

"Girl, I only like him because you like him. To me, he's a bit pushy. He's always making passive aggressive snipes about your weight..." Rita, one of Elsa's co-workers, replied, butting in.

Yes, James did always make comments about my rounder than normal figure. But James was a work out freak, his comments stung but he's only trying to make me better, right?

"Sure whatever. Tonight’s not about him. Tonight is all about seeing some sexy dick!" Caroline squealed.

Elsa shook her head. When she held open the door to the club, Elsa was the last to enter. She looked up at the club name...

"Wow, really?" Elsa muttered arching a brow before strolling inside.

T
he staggeringly loud music forced Elsa to cover her ears. Half naked beefcakes roamed all around. Their shirtless oiled up chests were so lean it looked like they were sculpted from stone. Elsa grimaced every time one of them would gaze at her with their strangely dark golden eyes.

"Okay, Bride to Be..." Caroline snickered, guiding Elsa in the middle of their table. "You sit
right here
."

The D.J. blurted into the microphone.

"Alright, everyone give it up for the sexiest dancer in the Bayside, MAGIC MICAH!!!"

All the women in the crowd screamed and yelled at the top of her lungs.

A bad feeling made Elsa's skin prickle.
Oh, no. What is Caroline trying to pull?

Suddenly, the lights dim low, and a loud base bumps through the speakers. A tall, muscular man wearing a tight police uniform had Elsa rasp at the sway of his hips. He had a carnivorous look in his eyes and came prowling down the center of the stage. His hair was almost buzzed down in a crew cut and the way he licked the corner of his mouth had Elsa thinking filthy thoughts. The "police officer" vaulted off of the stage, landing right in front of Elsa.

Elsa gulped not knowing what to do next.

"
Gurl
, get the
hell
up there and shake your tail!" Caroline urged, thrusting Elsa into Micah's burly embrace.

"Are you carrying any heat? Can't be too safe?" Micah grinned in Elsa's ear.

Micah groped Elsa's thick curvy hips and grinded his crotch into her ass. He then bent her over table and frisked her between her soft milky thighs.

Jesus, if James saw this—he'd kill me!
Elsa panicked in her mind.

"I bet your man doesn't touch you like this..." Micah whispered hot against her neck.

Every cell in Elsa's body went ablaze when Micah lightly grazed her panties. He then handcuffed her and led her towards the stage.

Elsa reclined into an empty chair shown in the spotlight.

"Okay, you really don't have to do all of this..." Elsa pleaded, inhaling Miach's heavy musk.

A smile spread across Micah's face when he stood tall in front of her and then ripped his shirt in half. Elsa bit her lip, unable to calm the frenzy in her body. Her eyes caught sight of Micah's gorging hard-on through his tight leather pants. All of his muscles flexed underneath the hot lights and sweat dripped down the contours of his abs. Micah then grinded his tantalizingly hard cock in Elsa's face.

Elsa almost couldn't breathe, staring into Micah's wicked eyes. She felt herself moistening between her milk white thighs. Micah leans in, achingly close, almost as if he were going to kiss her.

"Okay, little bride...I'll let you get away with just a warning—
this time
..." He growled.

Then abruptly he pulled back, unlocked her handcuffs and guided Elsa to her seat.

That's it! It’s over!
Elsa thought, tempted to run back on stage. More male dancers performed their acts, but the whole night Elsa only had one man on her mind.

Her pulse still ran hot and her heart raced in her chest. At the end of the night, when Elsa and her friends returned back to their hotels, Elsa didn't dare shower and lay back all sweaty in her bed. She stared up at the ceiling. On her mind, she pictured Micah grinding on her again and again.

Elsa buried her face in the pillow, still trying to sleep off last night's massive hangover.

"Who is it?" She screamed, her voice muffled.

"It's James, I need to pick up some things from the grocery store.." James, her fiancée, shouted from the other side of the door. Elsa didn't even want to bother rousing up from being bunched in her warm covers.

Elsa slowly leaned upright with dried drool on her face. Like a zombie, she lumbered towards the door and unlocked it.

James moved in and kissed Elsa softly on her lips. He looked at the ragged state of her.

"
So
, I'm guessing you went out with the girls last night," James stated, still taking stock of Elsa's messy appearance.

"You didn't embarass me I hope," James replied.

Elsa didn't quite know how to answer. James came from a wealthy political family. His Uncle was the Mayor of New York City. He was always worried about preserving his high pedigree reputation.

"It's fine," she assured. "What did you need from the grocery store? I'm not sure they even have one on the island."

"They've got a Farmer's market close by, we can check that place out. It will do you some good to eat some healthy veggies..." James said, poking Elsa in the middle of her belly.

James always had to make comments about Elsa's weight. It annoyed her sometimes, but she just chocked it up to being one of James' few flaws.
I can't just toss him aside because he not perfect. That's just silly, right?

Elsa grabbed her coat and then followed James out of the door.

T
he smell of fresh fruits and vegetables wafted into Elsa's nose. The sea air blew Elsa's hair into her face. The outdoor Farmer's market had a rainbow of every fruit and vegetable you could imagine. James stopped in front of a stand selling fresh kale.

Elsa twitched up her nose. Even at her age, she hated to eat vegetables.

James poked her in the stomach again. "You should be eating kale, Elsa. Especially if you want to slim down your thighs."

"There's nothing I like more than a woman who has thick thighs..." a voice let slip. Elsa swiveled around and saw the stripper from Jungle Fever standing right beside her. She gulped.

Micah wore a backwards baseball cap, Hawaiian board shorts and a tight white t-shirt. Elsa could easily make out the outline of his tanned abs. James noticed a weird tension between the two.

"You two...know each other?" James asked.

Elsa tried to mumble an answer but couldn't quite get out the words.

Micah answered. "Yeah, she saw me doing some street art. I drew her a picture."

Elsa looked surprised. "
Oh
, so you're an artist?"

"I'm a man of
many
talents," he growled low and soothing.

Elsa couldn't hide the devious smirk on her face.

"That's perfect actually," James exclaimed. "I've been wanting to hire someone to do our portrait for our wedding."

What?
Elsa freaked out.

"I'm sure Mr. Steel," she continued. "Doesn't have time to do our little wedding..."

A perverted smile spread across Micah's face as he shook Elsa's fiancée’s hand.

"Elsa, would you be a dear, and hammer out all of the details with Micah," James told her before walking off to look at more fruits and vegetables.

"It's true. I draw pictures of tourists during the day...." Micah replied.

"I think we both know what you do at night..." Elsa said, feeling utterly embarrassed.

"You sure as
hell
weren't complaining about it last night," Micah asserted, leaning in close.

"Last night was a mistake, okay. I don't even remember half of what happened..."

He handed Elsa his card, from the Jungle Fever strip club. Elsa blushed, glancing at Micah's tempting mouth. Micah had this macho swagger that and an annoyingly addictive charm. He openly slapped Elsa's ass and went on his merry way.

T
he next day Caroline and Elsa headed out for brunch. They sat at a table underneath the shade of palm trees.

"Are you still going to your dress fitting today?" Caroline asked, peeking at Elsa over her shades.

"Cough it up," Caroline demanded. "You're hiding something. You might as well tell me 'cuz you know I'll find out anyhow."

Elsa knew Caroline was good at digging up dirt on her life.

"Uh-huh. How could I forget...The one with the
super hot
pelvic thrusts?" Caroline replied.

"Yes," Elsa said rolling her eyes. "Well, James hired him to do portraits for our wedding. I'm even going to see him at the fitting later..."

Caroline stared at her blankly. "The dude's a dancer AND an artist...
woah!
"

"
Focus
, Caroline!" Elsa replied annoyed. "His name's Micah, and James doesn't even know that Micah is a...well y'know. What should I do?"

Caroline mulled over her thoughts while sipping on her chilled mimosa. She saw the panic and worry stricken expression on her bestie's face and then offered her some frank advice.

"
Fuck it
. Don't tell James. Why does he need to know what Micah really does? James is an asshole anyway...And if I had the chance, I'd give Magic Micah a blow job right now... "