Read Just Beneath My Skin Online

Just Beneath My Skin 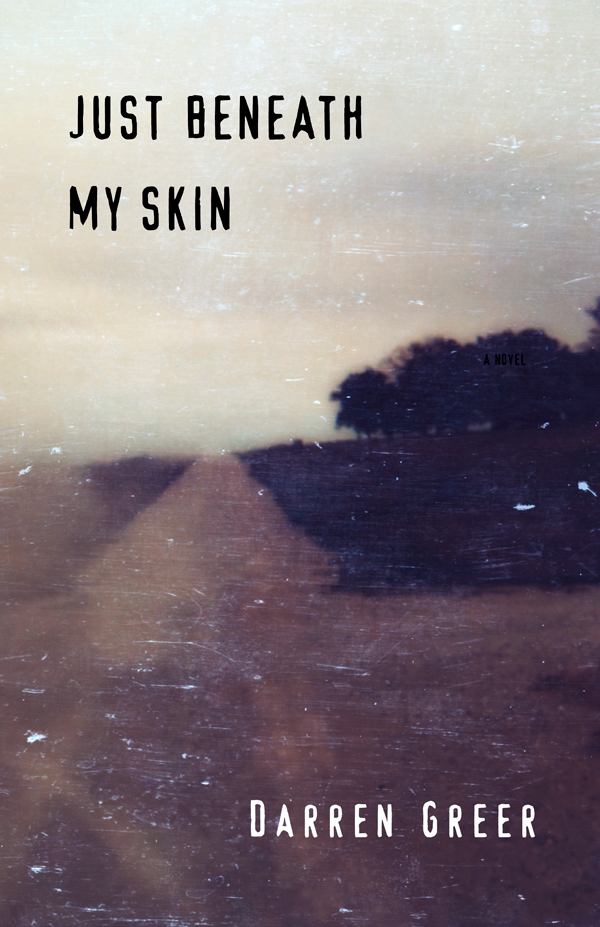 JUST BENEATH
MY SKIN

JUST BENEATH
MY SKIN 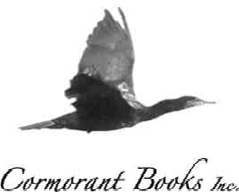 This is a first edition.

No part of this publication may be reproduced, stored in a retrieval system or transmitted, in any form or by any means, without the prior written consent of the publisher or a licence from The Canadian Copyright Licensing Agency (Access Copyright). For an Access Copyright licence, visit
www.accesscopyright.ca
or call toll free 1.800.893.5777.

Just beneath my skin / Darren Greer.

Printed and bound in Canada.

The interior of this book is printed on 100% post-consumer waste recycled paper.

Who was your father, Jewel?

My doom has come upon me; let me not then die ingloriously and without a struggle, but let me first do some great thing that shall be told among men hereafter.

IT'S RAINING WHEN I SEE
Jake outside Douglas's store passing around a bottle of wine with Charlie Whynot and Johnny Lang. They're standing under the awning. You can see ol' Douglas through the window behind the counter, pointing and waving at them to go away. They won't. They just stand there making it hard for customers to get by.

I stand on the other side of the street and stare at them, 'cause I haven't seen Jake since he left for Halifax. He doesn't see me at first, until Johnny Lang points me out. Jake hollers for me to come over. I do, but I don't go under the awning. I stand on the sidewalk holding the carton of milk Mom sent me to the store to get for her tea and say, “Hiya Jake.”

“Heyya squirt,” Jake says. “You look like a drowned rat.”

“He is a rat,” says Johnny, scowling at me as he takes the bottle from Jake. “His mother is, so I don't see why he wouldn't be.”

“I thought you were still in Halifax,” I say.

“Jake's back!” cackles Charlie Whynot when it's his turn for the wine. “Oh yes he is!”

Charlie is my mom's cousin. She says he's crazy as two barrels of monkey shit. He wears one white cotton glove on his left hand and nothing on his right because he's a fan of Michael Jackson. Sometimes he wears mirrored sunglasses. He knows how to moonwalk. Last year he tried to home perm his hair into tight little curls like Michael Jackson's, though it didn't work. His hair is light brown and straight as a board. It came out all fluffy with big floppy curls like a girl's. Everybody said he looked like a faggot and wondered what a white man was doing taking after a nigger. “'Cause,” was Charlie's answer. “That nigger makes more money in one day than this whole shitty little town will ever make put together in their entire lives. That's fucking why.” After the perm wore off he didn't try to curl his hair anymore, though he still wears one white glove and listens to the
Thriller
album at least once a day and moonwalks on the sidewalk downtown sometimes and doesn't care who's watching. He's crazy all right, but compared to Johnny Lang, who he hangs around, he's okay.

“Jake's back, and he brought us this.” Charlie holds up the bottle in his white-gloved hand. “Jake's got money. Jake's rich, ain't ya, old Jakey! Jake's gonna take care of his friends, ain't ya, bub!” Jake shrugs and reaches for the bottle.

Jake looks at me. The rain's falling harder now and I'm starting to shiver. He takes me by the shoulder and pulls me in under the awning.

“No school today,” I say. “It's Saturday. No school yesterday either. Teacher's marking day.”

“It's September,” says Jake, “and already the teachers take a marking day?”

“Fucking teachers,” says Johnny. He spits on the steps. “Someone should gut 'em with a knife and leave 'em to bleed all over their fucking exams.”

We all look at Johnny. You never know when he says things like that whether he means it. But he only snatches the bottle away from Jake and says, “What you morons lookin' at?” and takes another swig. Jake turns to me and says he thinks it's time I go home.

“Are ya coming over, Jake? Mom will be glad to see ya.”

“Well, then â¦ tell her I'll drop around tonight and that when I do I want to talk to her.”

“Okay, Jake. I will. What do you want to talk to Mom about?”

I don't. Douglas starts waving through the window again at Jake and his friends to go away. “Hold your horses, old man,” Johnny says, as if Douglas can hear through the glass. Thick glass. Double-paned. I know because Halloween last year someone threw a rock and Douglas raised ol' hell 'cause it cost him a hundred dollars to replace. “McNeil,” Johnny says. “You gonna buy us more White Shark, or do we gotta beat it out of you?”

“The rain's lettin' up. Let's all go. We can go back to my place and get shit-faced.”

They zip up their jackets and get ready to leave. “Beat it, shit-for-brains,” Johnny Lang says, giving me a push out from underneath the awning. I look at Jake.

I stand there and watch 'em cross the road. They head down Main Street towards the Nova Scotia Liquor Commission, all three in black leather jackets with shoulders hunched against the rain.

Deadly Stuff by Joyce Cato
Backyard by Norman Draper
Ambulance Girl by Jane Stern
The October Horse by Colleen McCullough
The Fall of America: Winter Ops by W.R. Benton
A Dangerous Mourning by Anne Perry
Lament (Scars of the Sundering Book 2) by Hans Cummings
Running in Heels by Anna Maxted
Edith Layton by The Conquest
Hers by Hazel Gower
Our partner