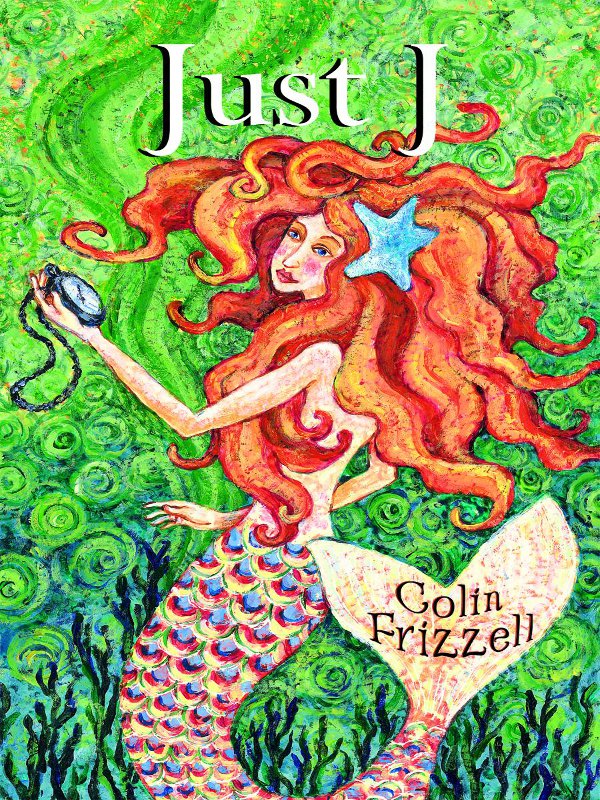 Summary:
After her mother's death, thirteen-year-old Jenevieve deals with her grief, her father's neglect and her aunt's eccentricities.

www.orcabook.com
Printed and bound in Canada.
Printed on 100% PCW paper.

For Jordann
and also for Mum and Trish

Both financial and emotional support are necessary to take a book from idea to publication. I have my families, by blood and by marriage, to thank for helping to provide me with both.

I also need to thank the Toronto Arts Council for its support, and Lusiana Lukman for bringing the grant to my attention and believing in my writing. Special thanks to my mother-in-law, Bunny, for getting me to the grant office in the nick of time.

I'd also like to thank the Self-Employment Benefits Program and all of its instructors for their support, advice and guidance.

Thank you to everyone at Orca Book Publishers, especially my editor, Sarah Harvey, for her patience and dedication. Thank you also to my agents, David and Lynn Bennett, for taking me on and for their advice and encouragement.

And finally, to my friends, who have always believed in me. Thank you.

To see a world in a grain of sand

And a heaven in a wild flower,

Hold infinity in the palm of your hand

And eternity in an hour.

M
y past is misery; my present, agony; my future, bleak. And it is
not
just because I'm a thirteen-year-old girl, or because I'm too thin or too tall, or because my hair is red (it's orange, actuallyâbut
they
call it red).

I admit, in the big picture my life wouldn't rank very high on the downtrodden scale. Not if you compare me to a kid dying of aids in Africa or fearing bombs in a war zone, but who thinks about the big picture? You think about your family and friends, your school, your work, your neighborsâhow you measure up.

My circle hasn't just shrunk; it's gone pear-shaped as well. In recent months it's consisted of home, school and the hospitalâthat's it. All of it.

Other kids' lives are a heck of a lot bigger than mine, which is ironic, considering how much smaller their minds are. Do I sound bitter? I don't mean to. I'm not bitter, I'm downright furious.

The sky sympathizes. It's an empty gray, and thunder gives voice to my fury, saving me the trouble of screaming, which I have every right to do. Especially since, on top of everything else, Dad is making me ride in the same car as The Wicked Witch of all compass points associated with anything demonic. She's pure evil in a black business suit. Her jet-black hair is tied back in a bun so tight you'd think she was trying to give herself a face-lift. Her eyesâtwo lumps of blackest coalâare set off by ghostly white, almost transparent, skin. Her suit does little to contain her breasts, which stick out like the noses on a pair of bloodhounds who have just caught their prey's scentâmy dad being the prey. Of course he doesn't see her that way.

“It'll be okay,” she stupidly says to him.

My eyes bore hateful thoughts through the Explorer's headrest and into The Thing's brain as she sits comfortably in the passenger seat. Maybe I'll give her an aneurysm, or I'll give myself one; either would improve the situation.

The way It ogles my father makes me glad I skipped breakfast.

The sun's coming out now, shining through the trees as the rain continues to fall. The sun tries to cheer me up, outlining every dancing drop. The wind holds the beads of water in the air, giving them life. The sun-shower becomes a million tiny water babies sent to entertain me.

Late June greenery emerges emerald from the mist as we wind through the Don Valley. The rain totally disappears as Mother Sun takes her little droplets homeâwhat was comâforting suddenly seems cruel.

As we turn onto Bloor Street, I'm happy to say good-bye to the trees and wrap myself in cold steel and hardened concrete. If only I could stop the sun from keeping an eye on me. I don't feel like being sunny today.

They
say life goes on. That the sun is still going to come up in the morning.

The only way to be free is to not need anything from anyone, even the sun. That way no one can hurt you or leave you when you need them the most. That's when they always go. That's when she leftâwhen I needed her the most. What kind of a mother leaves her thirteen-year-old daughter?

This morningâthe day of her funeralâI got my first period! It's like she planned it that way. Her voice comes from behind a cloud, or wherever the hell she isâpun intended. “You're a woman now and you'll have to look after yourself.”

I used bunched-up toilet paper for the first two hours until Dad could “pull himself together” enough to get out of the bathroom so I could see if Mom had left any tampons; she hadâthank God.

I don't know why Dad's upset. He's already found The She-devilâMom's instant replacement. Mom and Dad were high school sweethearts from grade nine onâhow do you replace that? And almost overnight!

He says The She-devil's “a friend who only wants to help us through a difficult time.”

He's either naÃ¯ve, stupid or lyingâmy money's on all three. No way am I going to let her “help” me.

“J,” Billy whines, tugging my sleeve and looking up at me with urgency in his clear blue eyes. Almost everybody calls me J. Jenevieve is too long, Jen is too short and Jenny is too perky. Billy's my five-year-old brother. He's all right, in his little pinstriped suit with his blond hair cut and styled like a junior executive: straight across the back and every hair arranged perfectly on topâa mini-Dad, poor kid. Of course, Dad's hair is no longer thick enough to be perfect on top, and each year it gets closer to gray than blond. Mom wouldn't have approved of The Witch's new look for Billy.

Billy doesn't really understand what's going onâabout Mom, I mean. He cried a lot at the hospital after Mom died, but I think that was just because everyone else was crying. He's been fine ever since. I'm sure he likes the fact that nobody hassles him about how much time he's spending watching tv or playing his Game Boy. He even gets to watch martial arts films on the big-screen tv instead of sneaking into my bedroom to see them. Not that
I
watch them, of courseâwell, only with Billy. Mom thought they were too violent, so we kept it on the down-low, sneaking them out of Dad's dvd library.

“What?” I ask, leaving out the
is it now
part of the sentence.

“You'll have to wait till we get to the funeral home.”

“You're going to have to,” I tell him as he squeezes his crotch for dramatic effect. I can't help but feel a little sorry for him. “We're almost there. Just think of something else.” The last thing I need today is a little brother in wet pants.

“If you could read my mind loveâ¦” I begin singing a Gordon Lightfoot songânot the coolest, I know. Not that I care. Mom used to sing it to get Billy to go to sleep.

We were going to see Gordon Lightfoot in concert, Mom and me, but then she got sick. Dad said I was too young to go on my own, and he couldn't take me because he had to stay with Mom. He said I could go if I went with another kid from school. Like that was going to happenâI keep my musical tastes to myself to avoid total humiliation. Dad used Mom's illness to get out of pretty much everythingâmainly raising Billy and me.

The Shrew glares at me in the rearview mirror as if my singing is inappropriate. What would she know? I doubt she has a mother; she was probably hatched from demon-seed.

Friend of the family along to help out, my butt! She's no friend of mine. I wonder if they have holy water at funeral homes. I could just throw some on her and be done with it.

As the car pulls to a stop, she puts her front hoof on Dad's shoulder. Dad takes a deep breath, trying to get into charâacter as the grieving husband.

“I'm here for you,” The Creature says, oh so sympaâthetically.

Dad opens the door, making a rapid exit as The Thing turns to Billy and me.

“Come on, children,” It instructs as if we're both five years old. She couldn't get more patronizing.

I take Billy's hand and we're quickly out of the car. I'm praying we make it to the washroom in time.

“That's all right, Jenevieve. I'll take your brother.” I stand corrected; she can get more patronizing.

“He's fine with me,” I firmly inform her.

“Jenevieve, your father doesn't need you being difficult.”

She tears Billy from my side, lifts him up and cradles him on her hip.

I start to protest but catch myself just in time. I give an obedient and understanding smile and lean in to Billy.

“I'll meet you inside, okay, buddy?” I say, stroking his hair and giving him a little tickle under his arm. It does the trick.

That may not be holy water running down The Creature's side, but it'll do for now.

T
he funeral home's chapel looks like a theater set, and I'm here to perform a bit part in Mom's final act. The audience is filled with semi-familiar faces that watch my every move with expressions that make me feel like I'm naked on stage and have forgotten all my lines. They're trying to express pity, but it turns to awkwardness and then stupidity as they approach.

The Dark Passenger (Book 1) by Joshua Thomas
Thread and Buried by Janet Bolin
The Return of the Black Company by Cook, Glen
El ardor de la sangre by Irène Némirovsky
El Wendigo by Algernon Blackwood
A House in Fez: Building a Life in the Ancient Heart of Morocco by Suzanna Clarke
Kiss On The Bridge by Mark Stewart
Salida hacia La Tierra by George H. White
Vengeance Road by Rick Mofina
Out of Whack by Jeff Strand
Our partner