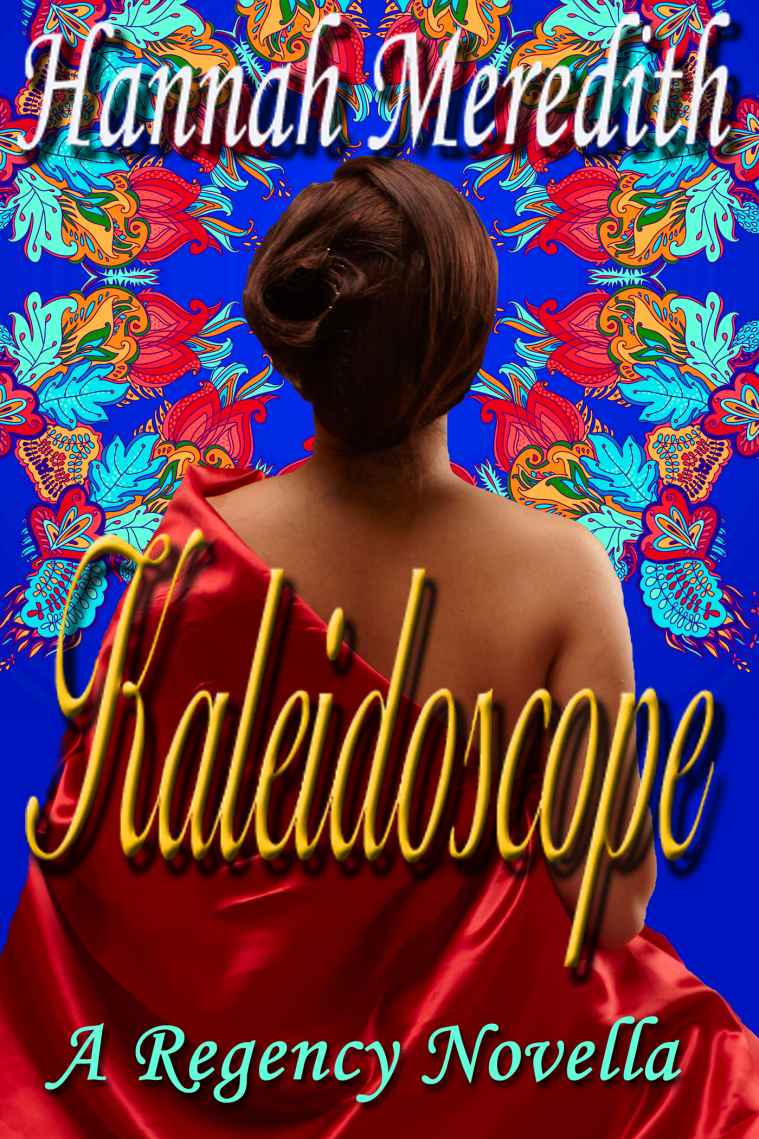 This is a work of fiction. All names, characters, and incidents are the product of the author’s imagination. Any resemblance to actual occurrences or persons, living or dead, is coincidental. Historical events and personages are fictionalized.

All rights reserved. With the exception of brief quotes used in critical articles or reviews, no part of this book may be reproduced in any form or by any means without written permission of the author.

For the Men in my Life

Bob, Rob, Michael, and Will

May all your Patterns be Beautiful

Advent of the Patterns 1803

C
arolyn Howe shifted on
the settee, scooting to the very edge so her dangling feet would touch the floor. Unlike her normal sari, her English clothes felt smothering and poked her in the oddest places. Assuming the role of the lady of the house and serving tea was worth any discomfort, however. This was the first time her father had asked her to fulfill these duties, and she wanted to make him proud.

Male voices echoed in the wide hall, and then her father and his partner, Charles Rydell, came through the door. The men wore similar smiles. Mr. Rydell’s trip to England must have been successful.

The household’s majordomo Param followed, carrying the heavy silver tea service. He placed it on the table in front of Carolyn with a bow she nearly missed, since her eyes were riveted on the box their guest held. Whenever he returned from a voyage, Mr. Rydell brought her a gift. The last had been a pin shaped like a bee. She always felt grown up when she wore it. But this box was much too large for jewelry.

“Yes, Caro, this is for you.” Mr. Rydell grinned, making his graying side-whiskers puff out so he resembled a lion-tailed macaque. He offered the box with a flourish. She eagerly lifted the lid to reveal a shiny brass tube mounted on a stand. It looked like a navigational instrument from a ship. “Let me,” he said, lifting the device out and setting it next to the tea service on the table. “Look through here.” He pointed to one end of the tube.

She dutifully placed an eye on the end piece and saw—exquisite beauty! A pattern of vivid colors glowed within. “I see a gorgeous mandala.” Her voice was a reverential whisper. She’d seen many of these Hindu symbols for the universe, but none of them had shimmered with light.

“Here.” Mr. Rydell moved her hand to the far end of the cylinder. “Turn this slightly and watch what happens.”

Carolyn did as instructed and the shape changed into something different, but still brilliantly colored and fascinating. A long “oh” sighed from her mouth, and she rotated the tube again. A new pattern, equally vivid and entrancing, filed her vision.

Her eyes came up to meet Mr. Rydell’s amused ones. “What is this called?”

“It’s a kaleidoscope. A Scottish inventor came up with it, and they’re all the rage in London. The name is from Greek and means something like ‘to see beautiful shapes.’”

“How does it work?” she asked.

“Caro…” Her father sounded a caution. Ladies weren’t supposed to be constantly curious, but she couldn’t help it. How could she learn anything if she didn’t ask? Mr. Rydell didn’t seem to think her questions were amiss. Instead, he carefully explained about reflecting mirrors and bits of colored glass and changing patterns. She didn’t fully understand what he described, but she appreciated his speaking to her as if she were an adult. Few people were willing to give a seven-year-old detailed answers.

She looked back into the kaleidoscope and watched the forms shift into new creations, each as beautiful as the last. One that looked like a butterfly took her breath away. But her hand on the end of the tube moved slightly, and the butterfly disappeared.

Mr. Rydell shook his head, his face taking on a mournful expression. “Alas, once it’s gone, the exact same shape won’t appear again. You might get something similar, but after a complex pattern has shifted, it won’t reform. Remember, you’re seeing tiny pieces of colored glass reflected in carefully aligned small mirrors. The slightest change in the position of just one of those glass pieces changes the whole.”

Disappointment slumped her shoulders but didn’t quell her desire to see more. She leaned toward the device.

“Caro, have your forgotten about our tea?” her father asked.

Chagrin replaced disappointment. She had indeed forgotten her duty. She must put aside the magic for the mundane. But the kaleidoscope was hers, and she could watch the changing shapes for hours, days, even years to come. All the bright, little pieces would be waiting for her to rotate the cylinder and form breathtaking new patterns.

T
here was no pain
when the knife slipped between Luke’s ribs, just a sharp pressure. Only when his assailant moved away, extracting the blade, did the agony hit. Luke felt warm wetness on his right side, and his knees folded like a broken toy. The cobbles rushed up to meet his face. More pain, more blood, an errant thought that he’d broken his nose—a definite loss when he traded on his looks.

Someone rolled him onto his back. Hands roamed his body, removed his pocket watch, handkerchief, the small hoard of coins inside his waistcoat. He opened his mouth to protest, but only a shallow groan emerged. His arms would not obey him. His fingers impotently rubbed the wet stone of the street.

“Ah thought ya said ’e were a toff,” a voice said above him. “Scant pickins fer that.”

“There’s a gold ’andled cane an’ a good ’at, that’s worth sumpin. Git the coat, if ya dinnit muck it up. Boots look fine.” A second voice, accompanied by a tugging on his carefully shined Hessians, seemed to echo from a distance.

Luke was jerked to a sitting position. The pain intensified. His blurry vision faded to black, but he could still hear the heavy breathing as a man struggled to remove his tight fitting coat and waistcoat. When his shoulders were released, his head fell back and hit the street with a force that made lights dance before his darkened eyes.

“Inta the river then,” the first voice said. Powerless to resist, Luke was hauled along the cobbles like a sack of refuse. There was a strange moment of suspension, and then cold water closed over his head.

The shock roused him back to full consciousness, and he managed to move his legs enough to force his head above the lapping water. So this is death, he thought, and for so little—some well-worn clothing, a few coins, and a decent pair of boots. If the toughs had waited a few more weeks, they might have made a better haul. His one regret was that he had nothing
but
regrets. Dying was easier than living.

Luke let the water take him.

As Carolyn Rydell and her manager walked down the narrow aisles, the movement of their swinging lanterns caused shadows to careen over and around the bales and crates, making it difficult to focus, turning the mundane into something fantastic. Caro would have known where she was by smell alone, however. Only a warehouse filled with products from India would be so redolent with fragrances of frankincense, patchouli, and sandalwood.

These were the scents of home, and she hated to leave them, even though the final entry in the bill of lading had been checked.

“Yes, I know. I’m sorry.” Caro felt a stab of guilt that she’d kept her staff so long while she indulged herself in the scents and textures that brought her comfort. This echo of her former life temporarily kept loneliness at bay, but duty called her in the here and now. “Everything can go to the sales house tomorrow,” she said.

Tricks of the Trade by Laura Anne Gilman
The Temple of Indra’s Jewel: by Rachael Stapleton
The Magic Cottage by James Herbert
7 Souls by Barnabas Miller, Jordan Orlando
Analog SFF, April 2010 by Dell Magazine Authors
The Panty Raid by Pamela Morsi
The Bond That Ties Us by Christine D'Abo
SSC (2011) The Road to Hell by Paul Levine
A Different World by Mary Nichols
Faye's Spirit by Saskia Walker
Our partner