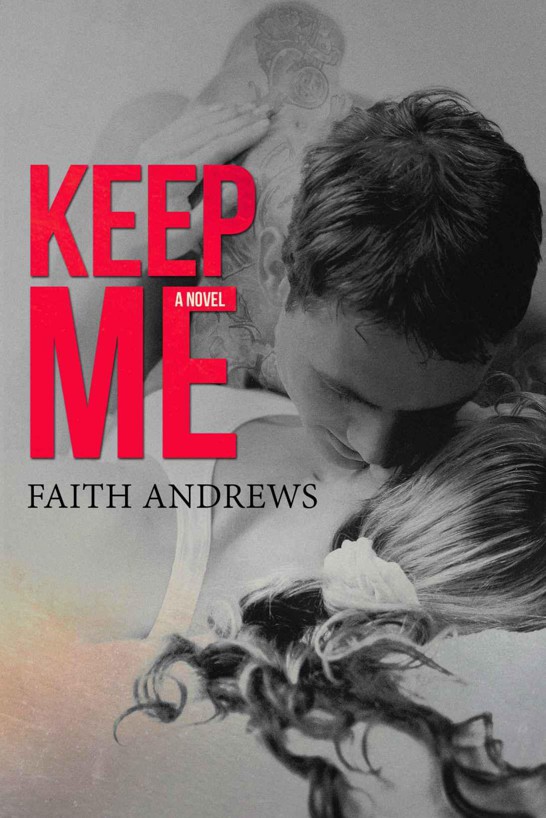 This book is a work of fiction. Names, characters, places, and incidents are either the product of the author’s imagination or are used fictitiously. Any resemblance to actual persons, living or dead, events, or locales is entirely coincidental.

Except the original material written by the author, all songs, song titles and lyrics contained in the book are the property of the respective songwriters and copyright holders.

To good friends; no girl is complete without them. I thank you for being like sisters to me and for giving me memories that could fill millions of books for years to come.

I, Marcus Grayson, am a man-whore.

How did I know this?

See what I mean?

Even if she
was
a married woman.

“Marcus, where the hell are you? I’m going to wring your tattooed neck when I get my hands— “ Her voice grew closer as she neared my hiding spot behind the couch in the living room. “There you are!”

I couldn’t hide forever. “Hey, Ry. Where’s the fire?” The innocent act was so not going to work this time. Her ears could have been smokestacks; big, steaming clouds billowing out with rage.

“Cut the shit, Marcus. You crossed the line this time. What were you thinking? Fiona just got married three months ago! Her marriage is going to be over. Her husband’s gonna kick your ass.” Her hard-ass, reprimanding, mom-like demeanor faded for a second as she smiled in amusement over her last remark.

“Yeah, I’d like to see him try. Besides, it couldn’t have been much of a marriage… the girl had her hands in my pants during dinner, Ry. What was I supposed to do?”

“Not fuck her. That’s what you were supposed to do. Stay away. Think with the head on your shoulders, for once! Jesus, Marcus! She’s my friend. Well, she
was
. Now she’s never gonna talk to me again.”

I’d seen this look one too many times. I didn’t mean to do it—over and over again—but I couldn’t help it if all of her friends were needy sluts.

“Apologize
my ass
! She’s a grown woman who was fondling my goods during her main course. I’m just a man-whore, remember? I gotta live up to my reputation.”

“Well, you’re doing a pretty damn good job of that.”

And this is how it goes. Every time Riley brought me out with her and her friends, it ended the same way. It wasn’t even fun anymore. It was predictable. The result was always the same—a one-nighter with a girl who would go into hiding or lose my sister’s number afterwards. Or worse, hound her for mine, wanting another go at it or the chance to tame me and drag me into a relationship.

It was never going to happen. Period. End of story. I didn’t want that. I was content with my whoredom and that I had a new face to wake up to at least three times a week. And my sister was a glutton for punishment for repeating the same foolish behavior, time and time again.

I loved that we were close. Hell, she was my best friend, but she should have known by now that if she brought me around there was a one hundred and ten percent chance that I was going to sample the merchandise. And I loved me some merch.

Man-whore had been my title for a while. But, of course, it wasn’t always that way. Every guy like me has to start out somewhere, and by somewhere, I mean nowhere. There was a time when I was just some geeky, pre-teen virgin, eyeing the merch with no chance for even the teensiest sample. Those girls didn’t know it, but at thirteen their eighteen-year-old bodies were better than any
Playboy
magazine or
Spice
flick. These girls were the real deal—the girl next door types, the seemingly innocent beauties, teenagers blossoming into women right before my very eager eyes.

I had no shot in hell with those girls. I was an idiot to think I did, but even back then I had what all my sister’s friends would call “the cute factor.” The charisma to command a room and make myself memorable. I was the adorable, funny, younger brother who hung around to entertain them while they were getting ready to go out on the prowl for the men who
would
be getting samples, or the whole damn cow for all I knew. They would pinch my cheeks as they walked out the door in their skintight jeans and skimpy, cleavage-showing tank tops, always laughing at the skit I’d performed to keep them around my kitchen table long enough to muster up a fantasy for that particular lonely night.

My sister was to blame. It was all her damn fault. She was flaunting her friends in front of me like dangling a fresh, fleshy carcass for a starving lion. I could have stayed young and innocent a lot longer if it weren’t for those girl-women traipsing around my house night after night.

Riley snapped me back to the present with one of her favorite redundancies. “What am I going to do with you, Marcus?” Noble older sister strikes again.

What was I supposed to tell her? I had no intention of changing my ways anytime soon. What was that expression?
If it ain’t broke, don’t fix it
. “Don’t worry about me, sis. Worry about Fiona. Such a sin. She was a hot piece of ass.”

I ducked, avoiding the waste-of-money accent pillow she convinced me to get, flying towards my head. “You’re gross. You know that?”

“That’s not what she said.” My eyebrows did a silly dance above my eyes. Getting under her skin was so amusing.

“Seriously, Marcus. You think you’ll ever settle down? Dad worries about you
. I
worry about you. This is going to get old soon.”

Really?
I couldn’t imagine any of it getting old. Not the thrill of the chase—not like they ever really made me chase them. Not the sheer delight in knowing I didn’t have to answer to anyone or wonder about their feelings. There were no feelings involved with one night stands. And they knew that’s what I was. Marcus Grayson, Bachelor for Life. I loved the ring to that. Maybe I should get cards made up.

“How many times, Ry? You’re like a broken freaking record. I don’t want what you want.” She wanted the knight in shining armor and the fairytale. I was content with everything on the other side of the pretentious castle. I was the Big Bad Wolf to Riley’s Red Riding Hood.

“Besides, I’m too shallow and I can’t think past five minutes from now. Who’s going to put up with that, huh?”

She eyed me sympathetically, a reaction I’d never understood. What the hell was there to be sympathetic about? I wanted this!

Blah, blah, blah. That was chicks. That was what I was trying to avoid. I didn’t mind the women if it was my sister or… my mom. But unless they were riding me or letting me ride them, I had no use for the depth of a woman. Too complicated. Too complex. I was the complete antithesis… simple. I had to get Riley off this save-Marcus train. There was nothing worse than trying to convince the inconvincible. A change in subject was needed. “So… Sunday dinner with Dad?”

Full Wolf Moon by K L Nappier
Death Takes a Holiday by Jennifer Harlow
Cowboy at Midnight by Ann Major
Blame It on the Shame (Blame It on the Shame: Lou-Lou and Ricardo's Story #1) by Ashley Jade
Get In Her Mind, Get In Her Bed by Nick Andrews, Taylor Ryan
The Eskimo Invasion by Hayden Howard
Final Dawn: Season 3 (The Thrilling Post-Apocalyptic Series) by Mike Kraus
Arkadia (Halfway House Series Book 1) by Dzintra Sullivan
ROMANCE: Mars And Venus (Second Chance Romance) (New Adult Romance Short Stories) (Contemporary Romance, Out of Body Experience) by Piquette Fontaine
The Bastard's Tale by Margaret Frazer
Our partner