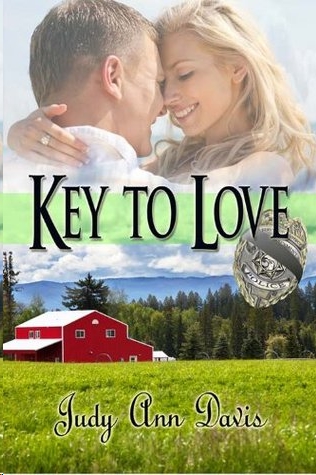 “Judy Davis writes with her heart. Her characters come to life on each page as she expertly weaves her story. Be prepared to laugh, cry, and fall in love.”

“Judy Davis writes stories that are humorous and refreshing and feature characters with an undeniable essence that will make you fall in love. This story will make you cheer for young Todd Fisher and his uncle and leave you begging for more.”

“Davis deftly handles a large cast of characters and manages to give them each well-defined personalities and interesting motivations. She accomplishes this through cleverly constructed dialogue which is the highlight of the novel.”

Dedicated to my sons, Justin and Jeffrey,

and all my friends who understand the passion to write

and the need for creativity in our lives.

Scranton Wilkes-Barre International Airport was doing a brisk business for a Monday afternoon when Lucas Fisher arrived late because of heavy traffic on Interstate 81. He scanned the electronic arrivals board and instantly realized the early arrival of the San Francisco flight via a Detroit connection and his own tardiness meant one thing. He had already lost Elise Springer, sister of his best friend, Fritz. He’d bet all the money in his wallet she was impatiently wandering around the airport in search of him. Now he’d have to track her down or have her paged. Lucas sighed. He should have never washed his cell phone.

Before he left, Fritz Springer had given him explicit instructions. “Elise will be tired, and when she’s tired, you know what she’s like. Even at thirty years old, she hasn’t outgrown being scrappy.”

“Define scrappy.” Lucas had looked at him with knitted eyebrows.

“Yeah, downright cranky. So for your personal sanity and safety, please refrain from arguing with her. You will lose
.
Don’t let her sidetrack you and be prepared for a ton of luggage and electronic paraphernalia. Just bring her out to the hospital where Thomas and I will be waiting for Dad to come out of surgery.”

Collecting his thoughts, Lucas looked around the terminal with hopes of finding an attendant to direct him to a place where he could have scrappy Elise Springer paged. Finding none, he set out in search of her himself. After all, even if he hadn’t seen her in ten years, and even if he hadn’t seen the latest magazine clippings of her, he was sure he could recognize her from her brother’s final parting words and stellar description: “a five-foot-five techno-nerd loaded down with enough electronic hardware she’ll look like she ripped off the plane’s control panel.”

He caught up to the electronic wonder as she strode past a passengers’ waiting area beside Gate Three. She wore a stunning, red silk suit with a gold designer purse hanging from her right shoulder and she held a smartphone to her ear. A laptop computer in a soft black leather case was slung over the opposite shoulder. He’d bet his life she had an iPod and graphing calculator hidden somewhere on her as well. He wondered how she ever made it through security without being detained for hours.

“Lizzie!” he shouted, closing the distance between them in long strides. She whirled, showing shapely, well-defined legs.

“Lucas? Dear Lord, Lucas! I can’t believe it’s you.” She set her computer case on a chair beside her and threw her arms around him, enveloping him in hearty bear hug. Her perfume was exotic, expensive, with a hint of jasmine, and smelled as sensually exciting as she looked.

She pulled away, smiling, her eyes the same devilish blue he remembered and had always adored. “You haven’t changed,” she said.

“You have.” He studied her at arm’s length and made a mental note to berate Fritz for neglecting to include “dynamite-looking” in his hasty description. But then, she had always been a beauty, even as a child when she tagged along behind her brothers, begging to be included in their every activity. Later, in high school, she’d been surrounded by swarms of adoring males, but it had been well known the Springer brothers’ sister was off limits to anyone who didn’t pass muster or whose intentions were anything but honorable. As the poor waif down the road, Lucas had resigned himself to the fact he would never have a chance with her, but he noticed her. Oh yeah, he had noticed all right.

Releasing her, Lucas paused long enough to scoop up her case from the chair before shepherding her toward the luggage area at the other end of the concourse. “I’m sorry I’m late. I didn’t think Monday traffic would be this bad.”

“How’s Dad?” she asked as they hurried along.

“In surgery as we speak. Fritz is with him. Thomas should be there shortly as well. That’s why you got me.” He and Fritz had mutually conspired not to tell her father she was arriving. Lucas couldn’t wait to see Anton Springer’s face. He would think he was dreaming when he awoke and saw her. The old man deserved a slice of happiness. He was one of those rare persons who gave much more than he received.

“For God’s sake, how could he break an ankle
and
a leg?” she asked. “He’s usually so careful. I keep telling him he needs to slow down now that he’s turned sixty-eight.”

Lucas’s mouth tightened into a grimace. “Actually he stepped backward into a deep rut while repairing a tire on that decrepit thing he calls a hay wagon. I found him this morning. He made me promise I wouldn’t call an ambulance, so I had to haul him into the hospital in his truck.” Plowing down the long corridor, Lucas quickened his pace and was amazed she neither complained nor struggled to keep stride. “Listen, if we beat the five o’clock rush, we can be back before he gets out of recovery. He’ll be so pleased to see you, Lizzie.”

Elise rarely made it to the East Coast anymore. Her very impressive job as an architect with Winston and Sanders Architectural Designs in San Francisco didn’t allow for much time off or long vacations.

“How’s he taking it? Not just the leg and ankle, but the surgery, I mean?” Her voice was natural and steady, not showing the least sign of strain as they hurried along. With a body like hers, Lucas would bet his life she worked out on a regular basis in one of those posh fitness clubs—the kind where the personnel had weird, funny names and brought you ice chips, bottled water, and towels on tidy little silver trays.

“He seemed okay with the busted parts. He was churning out orders about the farm right up to the minute they wheeled him into the operating room. The surgery he wasn’t too keen on. He wanted them to wrap everything up, but the doctors convinced him without surgery he might never walk again.” Lucas threw the words over his shoulder, mentally gauging the time and distance to reach the luggage area. “I stopped by the house to take care of the dog before I came over here. Your father had Fritz in a tailspin. He was torn between following his orders and staying close by in the waiting room. I thought I was going to have to beat him on the head with a pitchfork and chain him to a chair in the waiting room.”

Elise laughed. “Sounds like Dad and Fritz.” She tapped Lucas on his shoulder. “We have to find a place around here to rent a car.”

“Rent a car?” He whirled to face her, walking backwards as he spoke. “That’s why I’m here, kid, remember?”

“Uh-uh.” She waved a perfect oval-shaped, red fingernail at him, shaking her head sideways in unison. “I refuse to bump around in a pick-up old enough to legally drink. I need something reliable to get to the hospital and to grocery shop. A real car, Lucas, with comfortable adjustable seats, a sound system and A/C. Equipped. Dependable. You know what I mean?”

“Piece of cake. I can scare up something without any problem. You can drive mine until then.” He turned back around.

“Oh, no. I couldn’t possibly impose.”

“No problem, I have a garage full.”

“If my memory from high school is correct, you liked to piece together cars from odds and ends of other vehicles. Tell me, are any of these so called vintage cars road worthy yet?”

“Sure.” Lucas grinned, thinking of his restoration and auto body business. He could do everything from rebuilding an antique Ford sedan to repairing a tiny scratch on the door of a sleek Lamborghini Roadster. “But I have some real gems in pieces, too.”

“Ah, just as I thought. I want a rental, Lucas, not a pieced-together pile of metal, rubber, and plastic. Where’s the rental booth located?”

At first he thought she was joking. Then he looked at her,
really
looked at her. Her huge pool-blue eyes were dead serious. He pulled her aside, away from the bustling hallway crowds and raised a hand, palm out. Fritz had warned him she could be a handful. Independent and strong-willed. Hadn’t those been his exact words?

“Okay, just stop right there. Here’s your highly organized plan as I see it. We wait in line for a half hour to rent a car you don’t need, another fifteen minutes to pick up the luggage, which is probably more than you’ll need...then let’s say fifteen more minutes to drag all of it to the parking lot, and guess what?”

“What?” She stared at him like he should be institutionalized.

“We’re smack in the middle of rush hour and still the same distance away from the hospital because you don’t want to impose.” He watched her face turn from confusion to anger.

“You need to get a pair of glasses, Lucas,” she said.

“Yes, so you can see better. I’m not the Springer brothers’ silly little sister anymore, so you can dispense with the hostile tone. Don’t call me kid. Ditto for babe, sweetie, honey, princess or any derivatives thereof. I’m also now capable of making my own decisions including deciding what I want to drive.”

“Okay, my mistake,” he said, conceding. He had no desire to make a scene they both might regret. “Does Liz or Lizzie push your buttons the wrong way?” He was surprised to see her lips turn upward into a smile.

“No, it’s obvious everyone around here is going to call me Lizzie. I can handle the nicknames. Now, what about the car?”

Lucas’s gaze slid over to the rental car booth several yards away where businessmen, singles, and a trio of boisterous children with chocolate ice cream cones were waiting in line to talk to an agent.

The Vampire...In My Dreams by Terry Spear
It's Kind of a Funny Story by Ned Vizzini
He Wanted the Moon by Mimi Baird, Eve Claxton
Thunder on the Plains by Rosanne Bittner
Seaside Seduction (Sun Stroked Book 1) by Cathryn Fox
The Ordinary Life of Emily P. Bates by Anna Cackler
Ten Things I Love About You by Julia Quinn
The Bounty Hunters: The Marino Bros.: Box Set by MJ Nightingale
Red Ink by Greg Dinallo
Ride the Dark Trail (1972) by L'amour, Louis - Sackett's 18
Our partner