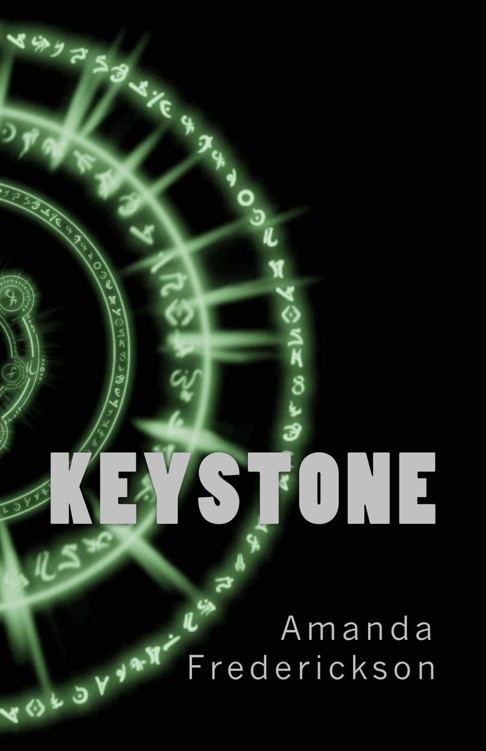 To Nee-chan and Neko-chan

Maelyn sat straight-backed, her hands folded neatly in her lap, as if the plain wooden chair were a throne. Her black hair hung in tangled knots, hiding her pointed ears, but she wore it like it was a crown of braids. Her deep green eyes stared at the stone wall. She could feel trembling deep in her gut, trying to break loose, but she held it back.

Her bloodline descended from High King Gwalchmai. The late High King Aneirin was her father. She was elder sister of High King Edouard. If she died, she would die unbroken.

Blood dried on her face and stiffened the fabric of her traveling gown. None but Maelyn survived the ambush.

Ancient tradition called for one of the royal bloodline to make a circuit of the borders of Seinne Sonne once every eight years to ensure their security. As that line had been reduced to Maelyn and her brother, she had taken it upon herself to undertake the secret journey.

Their only warning had been restlessness among the horses.

Roaring humanoid creatures with blue skin and yellow eyes poured out of the trees. Not orcs. Orcs were short and broad, with green skin and no more intelligence than a dog. These were different. These wore forged armor, and knew how to use the weapons they carried. They overwhelmed her men through sheer numbers and took her through a tainted black gate to this place.

From beyond the room’s thick wooden door Maelyn could hear things. Faint noises. Things that made her skin crawl and blood congeal. Noises that could not possibly be made by elven or human throats
. Could they? Do not think about it.
But if they wanted her dead, they would have left her with the broken bodies of her men.

The door lock rattled. Maelyn managed not to flinch.

Boredom. This was just another interminable social function. The ones Maelyn had taken over when her mother died.

The thick wooden door swung open, revealing a hideous monstrosity in spiked black armor. His open-faced helm revealed blue skin and pale yellow eyes slitted like a cat’s. Blades were strapped to every reachable piece of anatomy with a myriad of buckles and straps.

“Princess Maelyn,” the creature said, its voice deep and harsh, lips splitting to reveal rows of sharpened yellow teeth. “Come. The Blood Prince will meet with you.”

Maelyn smoothly stood from her chair. No trembling. No hysteria. For a moment she wondered if her feet would move. Then she stepped forward. Steady. Unhesitating. Toward the doorway where the creature waited, as if it escorted her to a private interview with a courtier. Rather than the monster responsible for the slaughter of her men.

Maelyn walked boldly ahead into the corridor, not waiting for the creature’s prodding. Periodic torches stained the ceilings of the stone corridor with soot.

The creature caught her arm to indicate a turn. Maelyn gave it a cold glare at the contact. She was royalty. It was less than scum. It had no right to touch her. Its steel-cased grip tightened until it bit into her flesh. She did not flinch. The creature released her with a low grunt. Maelyn walked on.

The noises were louder now. She could hear other, subtler sounds beneath them. Whimpers. Moans. Sounds made when the voice was too hoarse to scream, the owner too shattered to care.

Through halls. Down a staircase. Passing masked guards, more blue skinned creatures in spiked armor, and the odd goblin. To a carved wooden door the creature opened for her. A brazier warmed the room beyond, lit by tapers instead of torches.

The creature made to shove her inside, but Maelyn stepped in of her own volition.

Her eyes were unwillingly drawn to the table at the center of the room, spread with a banquet though there was only one table setting. The chair on the near side was empty, turned outward invitingly.

Maelyn’s stomach clenched, giving an involuntary growl, but in the same instant she was nauseated. How could she even think of food when her guards’ blood still painted her clothes? Her hair? When their bodies were now a feast for ravens and wolves on the road?

Maelyn tore her eyes upward and saw the man seated on the other side of the table, the so called “Blood Prince,” she presumed. A leather mask with deer antlers rising from the forehead covered his upper face and curled downward along his sharply angled jaw line, framing his wide, full lips. Long black hair spilled down his shoulders to the middle of his back, hiding his ears and his heritage. His clothing was black, a silver necklace with a deep, glowing red stone around his neck. His long-fingered hands idly twisted a silver goblet.

The eyes of the mask were black. Empty.

The Blood Prince carelessly gestured Maelyn to the chair. She sat. Numb. What more could he do to her?

“My brother will not pay a ransom,” Maelyn said, her voice steady.

“You must be hungry,” the monster said instead of answering. He gestured toward the food on the table. “Eat.”

Without conscious volition, Maelyn’s hand reached for an apple. Brought it to her mouth. She bit into it, sweet tart juice bursting through the broken skin. It felt like a flood gate opened in her chest. She devoured the apple, bite by bite down to the core. Laying the core aside with now trembling hands, Maelyn reached for a biscuit, dripping with rich melted butter. She barely kept to her habit of tasting for poisons before devouring it too, and another.

She rejected the meat.

Maelyn tested the deep purple liquid in the goblet before her. Not wine. Something else, fruity and tangy. She tried to sip it slowly, to give herself time to recover, but somehow it was gone in moments.

Maelyn wanted to demand, “What do you want of me? Why have you done this? Where have you taken me? What are these creatures?” But somehow her mouth was already full with the next bite of food.

Finally Maelyn lowered her hands to the table, forcing them flat though they shivered with wanting to reach for the next item. Her stomach still roiled, now nearly full. Her eyes dropped to the table space before the Blood Prince. He did not so much as have a plate. “Why are you not eating?” Her voice was not as steady as she wished.

His mouth curved into a tight lipped smile. “Would you prefer if I joined you?” The amusement in his voice made her wonder what the catch would be.

Maelyn found herself nodding. Disjointed. Surreal. It was too warm in this room. It felt like all the blood had left her face and limbs, leaving her numb and empty. Her hand crept toward the goblet. Maelyn forced it to clutch the edge of the table.

“Karunda.” The masked monster looked up to the creature lingering in the doorway.

A cruel grin split the blue skinned fiend’s face, baring its yellow fangs. It stepped out into the hall, leaving her alone with
him
.

Nodding had been a mistake. She knew it. Had known it. Why had she done it? Being alone with this man monster was far more dangerous than the blue skinned creature had ever been. Her composure trembled on the brink of shattering.

The Blood Prince reached across the table, causing a shock of fright through Maelyn’s nerves, but he only lifted Maelyn’s goblet. He seemed to examine it with his empty eyes, twisting it in his fingers. He pressed his mouth to the faint smudge her lips had left and drank. Maelyn fought not to recoil. She could feel him watching her.

The door opened and Maelyn turned toward it. Her heart took a sickening plunge. Karunda had a young wood elf in tow, a girl younger than Maelyn with large brown eyes and lank green curls, dressed in a simple white chemise. Terror etched her features, but the wood elf did not make a sound. Her mouth was sewn shut with thick black cord.

The blank mask eyes turned away from Maelyn, and abruptly she could breathe again. Sensation returned to her numbed limbs, and the whole surreal scene jolted into stark reality.

“What are you doing?” Maelyn demanded as the creature led the trembling girl toward the Prince. The girl’s eyes became glassy, unfocused.

The mask’s empty eyes slid back to Maelyn and the muscles all along her back clenched. The Blood Prince extended a hand to the girl. The wood elf stepped around the blue creature and laid her hand in the Prince’s, palm up. His long white fingers closed around her wrist like spider’s legs as he gently drew her closer.

Dread curled in Maelyn’s gut. She began to stand. “What –”

The blue creature’s huge hands fell heavily on Maelyn’s shoulders, forcing her back into her chair and holding her there.

Maelyn knew what the Blood Prince was. It flashed through her mind even as he lowered his lips toward the girl’s wrist.

The vampire’s ivory fangs sliced down into the girl’s wrist, blood blossoming from the wound. Maelyn fought not to heave, her stomach clenching into knots. Her mind’s eye painted William’s doomed face over that of the doomed girl.

That cold autumn day eight years ago, the guards had not been able to hold her back. Maelyn pushed through them all to the courtyard where the search party stood silent and solemn. They carried William on a stretcher, leaves and twigs tangled in his black hair. Claws and teeth had shredded his clothes. Some of his wounds still bled, though his face was so pale it did not seem possible.

Maelyn ran to him. William was fifteen, and had little use for a baby sister of twelve, but in that moment it did not matter how many times he ignored her or looked down on her. All she could remember was his smile. His laugh. How he ruffled her hair and teased her. How he tried to teach her magic, though it became painfully obvious she had inherited none of their bloodline’s talent. How he showed her how to use a sword, even if it was to show off his own skill. How she loved him.

Someone grabbed her. Tried to hold her back. Mae fought free. She grabbed the front of William’s shirt, where most of the blood had already dried. He was so cold. Maelyn remembered vividly how stark his black eyelashes seemed against his white cheek.

William groaned faintly at her touch, wincing in pain.