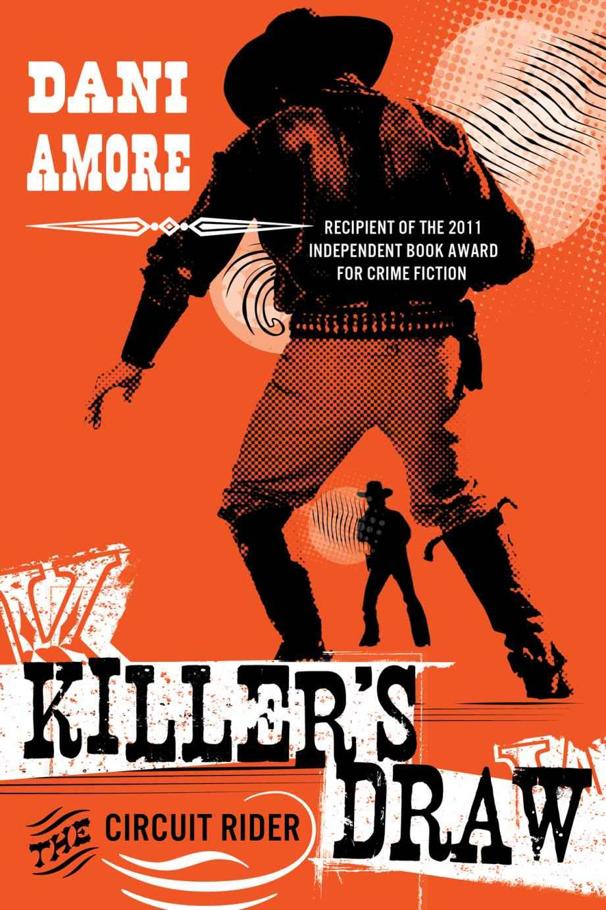 To Find A Mountain

1: a geographical term used to describe a shallow waterway; a gully.

“Vengeance is just: Justly we rid the earth of human fiends Who carry hell for pattern in their souls.”

No one heard the shot, least of all the man on his knees, his hands bound behind him, tears streaming from underneath the blindfold. The tall prairie grass brushed against his bare chest, stuck to the tendrils of blood streaming down his belly.

The muzzle of the pistol, pressed directly into the flesh of the man’s left temple, singed the skin. Then the bullet crashed through bone, brain matter, and the other side of the man’s head before exiting and landing some twenty yards from the site of the execution.

It was almost as if the wind died to watch the man’s death along with the killer, before gaining strength to help topple him over. He landed on his side, eyes wide open at ground level.

The shooter gazed at the dead man.

The buzzards would soon be overhead, starting their feast before any human being would make the gruesome discovery. The location was strategically chosen, however, so the dead man would be found, and found soon.

The killer had to admit that the level of violence perpetrated upon the dead man had been severe. Great, jagged slices adorned the dead man’s chest and arms. The face was battered and nearly all of the fingers and toes were broken.

The killer felt only mild satisfaction, yet a certain pride wound its way through his veil of consciousness. Not everyone could do something like this. The killing part had been easy but everything that had come before required skills and talents that very few people possessed. In fact, the killer bet that only a handful of people in the country could have pulled off what he had just done.

While the feeling was subtle, a single, coherent, starkly crystallized thought occupied the shooter’s consciousness more than anything else.

The sight of the dead man in the grass created a circular argument that shuddered through the shooter’s mind. Even as the killer looked at the massive amount of pain and torment inflicted upon the dead man, he kept thinking:
It wasn’t enough.

“The victim was one of us,” Silas said to Tower. Father Silas was head of the church in San Francisco, and hence, leader of the organization’s entire Western branch. As such, he oversaw the contingent of circuit riders, one of whom was Mike Tower.

Tower set his coffee cup on the table and glanced at the older man. “What happened?”

Next to him, Bird Hitchcock splashed more whiskey into her coffee. She had provided security for Tower on his circuit ride from St. Louis to San Francisco. Along the way, she had kept Tower alive—and helped more than one man stop living.

At the table next to them, an older man in a black suit observed her liberal use of whiskey and shot her a disapproving glare. Bird winked at him, then cursed the man under her breath.

“Someone beat him, tortured him, then shot him in the head,” Silas said. He drummed his fingers on the thin stack of papers before him. He shook his head.

The café area of the Grand Hotel in San Francisco was crowded as the city’s business elite geared up for another day. Thin shafts of light poured down from the atrium’s windows, and the smell of freshly cut flowers filled the air.

“Any idea why?” Tower asked.

“No,” Silas answered. “That is why I would like you to look into it. There are … rumors.”

“Where did it happen?” Bird asked. She drank her coffee. The thick, rich brew was balanced nicely with the burn of good whiskey. Christ, she thought, she could get used to this.

“Don’t they have a sheriff out there?” Bird asked. “Why aren’t they looking into what happened?”

Silas glanced at Tower. “They do have law out there, but they don’t have an idea who would have wanted to kill a man of the cloth.” The older man spread his hands out on the thick linen tablecloth as if he were seeking some sort of balance. “Some of the suggestions, from what we’ve learned, are less than savory,” he said.

Tower looked over Silas’ shoulder at the entrance to the famed hotel. A couple entered, the woman wearing an expensive-looking dress, probably made of calico, followed by several porters lugging large travel trunks. It was the finest hotel in the state of California, people claimed. An odd place to be talking about a murder.

“What is it they’re saying?” Tower asked. “That the preacher was doing something he shouldn’t have been?”

The old man leaned back in his chair. He tilted his head back and stretched his neck, as if such a simple movement could relieve the stress.

“I don’t know exactly what they’re saying,” he said. “I only hear rumors and theories. There are people there who believe. And they don’t like what’s being said about this man. The church wants to find out the truth as much as they do. And I want you to find out what really happened over there. For me. And for our fallen brother.”

He slid the packet of paper across the table to Tower. “I want you to go to Big River and find out what happened.” He turned to Bird. “And I want you to provide for Mr. Tower’s security, a talent for which you have provided ample evidence.”

Tower glanced at Bird. It had been a long ride from Missouri to California. The trip had been tough, as they had tracked down a man who had taken great pleasure in the torture and killing of women. A man named Toby Raines. Tower knew the journey had taken its toll on Bird. She had experienced the violence Raines was capable of firsthand. Still, he knew that she was the kind of woman who had no fear. As if reading his mind, Bird caught his eye, then glanced at Silas.

“Pay the same?” she asked, swallowing the last of her whiskey-laced coffee.

Tower smiled, knowing that Bird had been well compensated for her security detail. He also wondered if, on some level, she had felt the bond that had been forged between them. Tower knew that he felt it.

Silas nodded in response to her question.

“Then what the hell are we waiting for?”