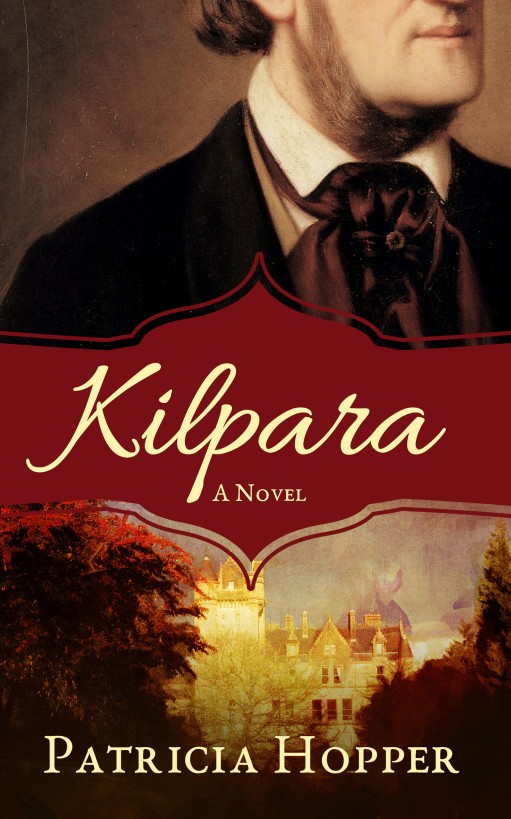 This book contains material protected under
International and Federal Copyright Laws and Treaties. Any
unauthorized reprint or use of this material is prohibited. No part
of this book may be reproduced or transmitted in any form or by any
means, electronic or mechanical, including photocopying, recording,
or by any information storage and retrieval system without express
written permission from the author.

Book cover design and layout by

Thanks to Susan Maczko who was with Kilpara
from its infancy; her unique insight and feedback gave me
inspiration. Thanks to Georgeann Swiger and Laura Treacy Bentley
who opened my eyes to the complicated publishing world, and who
boosted my confidence on many occasions with their encouragement
and support. Thanks to Larry Pugh who patiently edited several
drafts of Kilpara; his articulation and suggestions for improvement
were always spot on. Thanks to Ellie Bockert Augsburger of Creative
Digital Designs whose artistic book-cover design visually
characterizes Kilpara.

The horses galloped harder, necks straining,
nostrils steaming, hooves grinding against rain-soaked surfaces. I
leaned away from the window to avoid loose muck hurled against the
carriage sides. We entered the long avenue, careening around the
final bend that brought us face-to-face with Stonebridge House, its
stone turrets rising up to rival springtime mountains in the
background. Seamus heaved the reins and drew the panting horses to
a standstill in front of wide granite steps.

I hesitated at the open carriage door, sensing
the cheerless black mood that waited inside those thick ivy-clad
walls. Gloom darkened the house after Francis was killed at
Fredericksburg and had worsened when Father passed away two years
later. I returned then staying just long enough to bid my last
farewells. After that, I became a reluctant visitor, often denying
Mother’s numerous attempts to lure me back home. I wanted to avoid
this regretful place once so vital and full of life. Remorse filled
me now, remembering how easily I rejected her invitation when she
last came to see me in Baltimore. It seemed like yesterday; yet in
adding up the months, almost a year had passed since that visit. I
reflected on the urgency of her telegram. It said nothing more than
I should return home at once.

I stepped down from the carriage almost
colliding with Eileen who rushed out to meet me, arms wide open,
skirts dancing around thick ankles.

“
Thank goodness you’re here, Master
Ellis,” she said, her words spilling over each other in her still
heavy Irish accent. “You must be tired and hungry after your long
journey. Supper will be brought to your room soon as you’ve seen
the Missus.”

Eileen, grayer, rounder, ruddier now than when
I was growing up, had lost none of her usual fussiness. I bent down
and kissed her cheek.

I followed her into the cool marble foyer that
smelled of lavender polish and burning wood. The darkening
interior, soon to be lit by flickering yellow light, filled me with
foreboding as we passed the Great Room where heat drifted out from
the open fireplace and dishes being set for the morning’s breakfast
clattered amid hushed voices.

Climbing the thick oak staircase, we hurried
along the dimly lit hallway until we came to the last door. Eileen
rapped lightly, the sound echoing through the stillness. I had
expected to see Mother downstairs and wondered about her absence. A
nurse in a starched uniform opened the door and motioned me inside,
her eyes curiously taking in my travel-worn appearance.

In the dim light, I glanced around the room
until I saw Mother lying shallow-faced against thick feather
pillows in the large mahogany bed she and Father had shared most of
their married life. Gone were the sparkling eyes that now lay jaded
beneath sagging eyelids, her once thick and wiry auburn hair
bordered her face in thin, graying layers. I tried to speak but my
throat felt dry. “Moth—Mother?” I mumbled.

I stumbled forward, my feet unusually heavy as
I crossed the room. Could this really be Mother? Patting the bed,
she reached out to me with frail hands. Gently, I took them in mine
and kissed her cheek. I struggled to remember if there was anything
in her appearance the last time I saw her in Baltimore that could
have prepared me for this. She was still in mourning then, yet even
in a long-sleeved black linen dress she drew attention. Her hair
had been coiled neatly at the nape of her neck beneath a yellow and
navy blue hat, the only color she allowed herself after Father’s
death. Her illuminating smile softened the lines in her face, and
her vibrant voice still beguiled everyone in her presence. I
groaned inwardly, the image shattering before me like a mirror
crashing into smithereens.

“
I didn’t know—” I faltered,
sitting on the edge of the bed.

She smiled weakly. “I waited as long as I
could, Ellis, and I made your brothers promise not to tell. I
didn’t want you to worry. Let me look at you, so handsome, so
strong. I was fortunate to have such healthy boys. You’ve grown
into good men. Even Francis—taken in the war.” Her breath came in
rasps and she paused, lapsing further into the pillows. “I asked
you to come because I have a request,” she said,
finally.

Her grip tightened round my hands. Pursing her
lips, she said, “I want—I want to go back to Ireland to die. Will
you take me to see Kilpara one last time, to bury your father and
me there? He always meant to go back, your father. He never got the
chance. There were you and your brothers to raise, the farm to
tend, then the grandchildren came along. You understand...” She
coughed a deep hacking cough that brought the nurse to her side. I
waited in stunned silence.

“
Don’t excite yourself so, Missus
O’Donovan,” the nurse intervened. Mother waved away her
concern.

“
I’ll speak to the doctor, Mother,”
I said, my mind rejecting this troubled confession and its fated
consequences. You’ll get well, you’ll see.”

“
Look at me, Ellis,” she said,
hoarsely. “I’m dying. That’s why I sent for you. You’re the one
after my own heart, different from your brothers. They’re farmers,
Francis, too, born to tend the land just like your father. Not you,
Ellis, you had the gift for learning, and I wanted you to pursue
it, even if it took you away from me. I need you to do this one
last thing. I can’t ask your brothers; they have families to look
after. It’s better this way...”

She grew considerably agitated during this
last speech, an effort that brought on more coughing. I sat quietly
while the nurse helped her through this spell. Questions churned in
my mind. Why had she waited so long to summon me? Why at this
eleventh hour was her mind set on this, her last agenda?

The nurse returned to her position at the end
of the bed, and Mother’s weary eyes implored mine.

“
I want to go back while I still
can,” she said. “I wanted to go after your father—after he passed
on, to bury him overlooking the Corrib. Then this illness took
hold. There’s no more time. You will do this, won’t you,
Ellis?”

I looked away. Didn’t she know that any
thought of such a journey was impossible in her weakened state? She
had to get well, get her strength back, return to the way she was.
Unable to voice my opinion I said, “I’ll do whatever you ask,
Mother.”

She smiled faintly, her hands slackening on
mine. “I’m tired,” she said. “We’ll talk more tomorrow.” Her eyes
slid closed. I rose and bent over to kiss her forehead.

I moved away from her bedside and the nurse
stepped in quickly. She checked Mother’s pulse then led me into the
corridor closing the door softly behind us. I took the flickering
lamp from her hand and guided her downstairs to the
library.

“
I’m Trista Joyce,” she ventured,
hurrying to keep up. I nodded acknowledgement.

Sliding back heavy wooden doors, I walked over
to the credenza where brandy and other condiments had been set out.
Eileen had thought of everything.

Trista hesitated at the door.

“
Join me?” I asked, pouring brandy
into two glasses. Seeing her surprised look, I said, “I want to
know more about my mother’s condition.” I motioned to an armchair
and handed her a brandy which she promptly set aside. In one quick
gulp, I emptied the liquid in my glass, poured another drink and
stood by the fireplace. The liquor felt warm against my throat, but
failed to ease the tightness in my chest that threatened to plunge
me into a whirlpool of anguish.

It never occurred to me, when I left
Stonebridge eight years before, there would ever be life without my
parents. They were strong and healthy then and I believed they
would stay that way always. That was before the war, conflict,
secession, killing—and Francis. Kind, gallant Francis; Father never
got over his death, the shock took its toll on him. He began ailing
afterwards, steadily whittling away to a fraction of himself. When
he died just two years later, I lost myself in work to escape the
misery and vacuum left by his and Francis’ passing. At times, when
my emotions threatened to surface, I sought solace in drink and in
the arms of willing women.

The brandy provided a surreal feeling. I
floated above my dreaded consciousness. I looked closer at Trista
Joyce, no older than nineteen. A slip of a girl, posed as an Angel
of Mercy trained to give comfort to the infirm, gathering them to
her starched breast, her gentle hands caressing pain into
latency.

She watched me through kind, hazel eyes from
her angelic perch, her nurse’s cap proudly crowning her head like a
halo. Her fresh, guileless gaze, earnest and attentive, was naïve
in nature compared to the worldly faces I frequented in
Baltimore.

“
How long have you been in my
mother’s employ?”

“
I arrived last October, at your
mother’s request,” she answered in soft Irish tones. “She’s been
putting everything in order since her decision to return to
Ireland.”

“
You’ve been here over five months?
How could I not know she was so ill?”

Trista Joyce shifted uncomfortably in her
chair but said nothing. Did she think I was uncaring? Why hadn’t
Dan and Mark warned me instead of letting me walk blindly into
this—this quandary? Where were they now? I thought back to when
they brought the last herd of horses to Baltimore. In retrospect I
could see they had tried to warn me. They dropped subtle hints
without actually saying Mother was seriously ill, but I was too
wrapped up in my own affairs to detect their meaning.

“
When did my mother become so
grave?” I asked now.

“
It’s been happening over time,”
Trista said. “Her illness has progressed since I’ve been here. The
disease is afflicting her body, but her spirit is still fierce and
strong.”

“
What does the doctor
say?”

“
It’s the consumption. Her
condition will worsen; your mother already knows this. She
contacted your Aunt Sadie and asked for a nurse to travel back to
Ireland with her to care for her until the end. I studied under
your aunt and had just finished my training when she received Mrs.
O’Donovan’s request. She asked me to come to America and assist
your mother.”

Piranha Assignment by Austin Camacho
The Adventure of the Pharaoh's Curse (The Assassination of Sherlock Holmes Book 1) by Janacek, Craig
Wild Renegade by Andria Large
Learning the Ropes by Richard, Remy
"N" Is for Noose by Sue Grafton
Dirty Little Murder by Hilton, Traci Tyne
Falls the Shadow by Daniel O'Mahony
Siete años en el Tíbet by Heinrich Harrer
Sexual Lessons Part One by St. Vincent, Lucy
Did I Mention I Need You? (The DIMILY Trilogy Book 2) by Estelle Maskame
Our partner