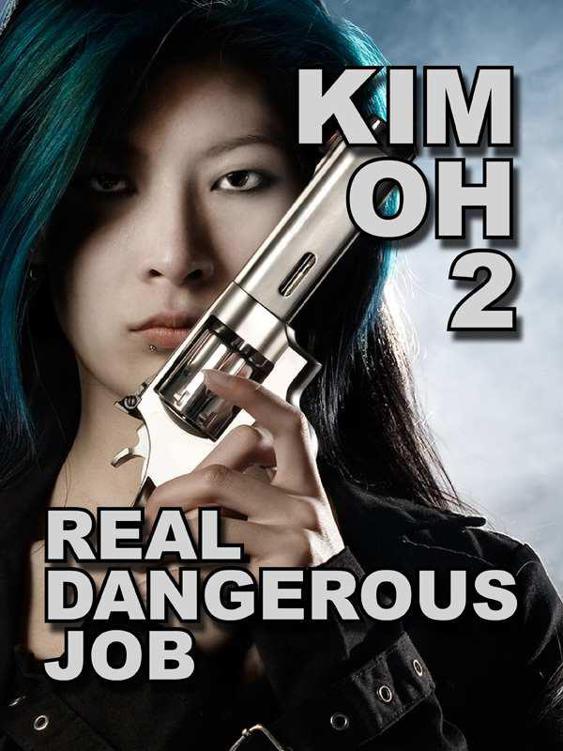 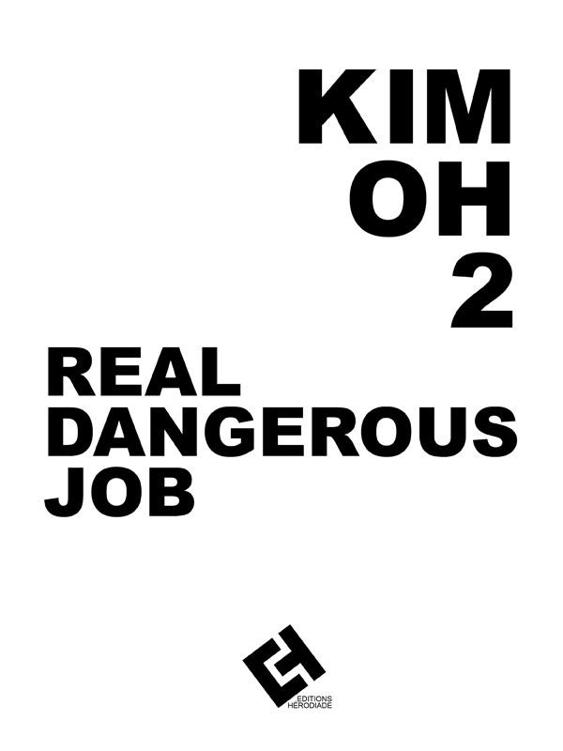 Praise for the Kim Oh Thrillers –

“
Real Dangerous Girl
grabs you from the first sentence and leaves you wanting more about this wonderful character. Thankfully Kim Oh is giving all of us more . . .”

“Kim Oh hardly seems dangerous – a one-hundred-pound orphan, barely out of her teens, caregiver for her disabled brother – but the people who assume she won’t fight back when they get in her way learn a tough lesson in survival. And some of them
don’t
survive.
Real Dangerous Girl
is smart, funny, and cool . . . Kimmie Oh is a heroine to identify with, and to root for.”

– Louise Marley, author of
The Brahms Deception
and
Mozart’s Blood

“With Kim Oh, we’re treated to a refreshingly original experience: joyriding shotgun alongside a truly irresistible heroine in a world of crime, thrills and mayhem.”

– David Sakmyster, author of
Crescent Lake
and
The Pharos Objective

“With nods to Mack Bolan, Jonathan Quinn, and Mike Hammer, Kim Oh takes you on a non-stop thrill ride to Hell with no guarantees she’ll ever get back. How far would you go if your life – and the lives of those you love – were at stake?”

“Kim Oh’s
Real Dangerous Girl
should come with a warning label – may cause addiction. It’s fast and fun, and I devoured it like a tub of kettlecorn. More, please.”

All rights reserved. No part of this book may be reproduced or transmitted in any form or by any means, electronic or mechanical, including digital reproduction, photocopying, recording, or by any information storage or retrieval system, without the express written permission of the
Author & Copyright Holder.

You should never regret killing people. The day will come when you’ll look around and see how many jerks are left in the world – and you’ll wish you’d done more.

“Here’s the deal,” she said. “Give up any notions you might’ve had about getting some action.”

“Action?” I stared back at her. “Exactly what do you mean by action?”

“You know.” Monica was in the process of putting on her exotic-dancer makeup. “With the opposite sex. Like having a boyfriend. Or just getting laid. As of now, you don’t have those options.”

Other kinds of action, I’d had already. Like killing someone. And if I were lucky – if everything went well – there’d be more of that kind. That was the job I’d put in for. And so far, I’d had a reasonable amount of success at it, inasmuch as somebody else had died instead of me. And it wasn’t just luck, you know. I’d put in the hours.

Which made what I’d just been told seem a little unfair, as it started to sink in.

“Wait a minute.” I watched her putting on eyelashes so big you could’ve parked a car on them. Are guys really fooled by those, or do they just appreciate the effort? “You mean . . . like
nothing?
Complete
nada
?”

“What does it matter to you, anyway?” She glanced over with that sort of insufferable expression that really hot women get when they’re looking at the rest of us. Especially the tall ones like her. “It’s not like you were getting any before.”

“Yeah, but . . .” I didn’t, but I could have pointed out to her that in the place called
Before
, I had been a nerdy little accountant girl, scurrying like a tiny brown mouse from my crappy job to the crappy apartment I shared with my younger brother. Hair skinned back in a rubber-banded ponytail, cheap white polyester blouses, knee-length skirts that you could’ve recycled as horse blankets if you could’ve found any horses that unstylish. Timid little thing; no wonder I hadn’t been getting any.

Of course, now I had the sleek confidence that comes with carrying around a loaded .357 in my backpack. Knowing that if anybody gave me any shit, I could – if I wanted to – blow a hole in them big enough to ride my motorcycle through. I’d already figured out that there were at least some guys, a few of them even presentable, who found that sort of thing interesting. And now I wasn’t going to be able to capitalize on these developments, at least when it came to the sex thing? This struck me like having a couple million dollars in the bank, and being told that you couldn’t spend any of it. What was the point?

“Don’t get cranked up about it.” Monica started putting away her makeup kit. “You didn’t even
want
it before.”

“Correction.” Arms folded, I leaned back against the doorway of the warehouse’s minuscule bathroom. “It’s not that I didn’t want it. I just didn’t think I could have it. There’s a difference.”

“Kim –” She turned her cold, level gaze at me. “If you’d wanted it, you would’ve gone after it. Like the whole thing about going around killing people. For that, you’ve shown some interest.” She patted me on the arm as she squeezed past. “Follow your dreams, sweetheart – it’s the only way to get ahead.”

Getting personal advice from an aging stripper, with a homicidal sociopath for a boyfriend, was an indication that
Now
wasn’t exactly perfect, even if it was an improvement over
Before
.

“Is this something you came up with on your own?” I followed her out. “About me not getting any, as you put it, action? This your idea?”

“Hardly.” She picked up her purse, then nodded toward the figure lying on the mattress on the floor, chain-smoking and watching a little portable TV set on a wobbly wooden chair. “It’s his.”

I looked over at Cole. He didn’t gave any indication that he’d even heard us talking. The Cartoon Channel had his full attention for the moment. With the overflowing ashtray set on top of the blanket that covered his useless legs, he sat with his back leaned against the wall behind him. With the TV remote and his cigarette pack and lighter, plus his own ugly black .357 arranged beside him, he was pretty well set up.

“He told you to tell me this?”

“Yeah –” She gave a nod. “He thought you’d take it better, if it came from another woman.”

It was like being in a commercial for feminine hygiene products. Or maybe this was how women actually talked – I wouldn’t know.

“Take it easy, baby.” Monica leaned over and kissed Cole on top of his head. “I’ll be home late.” Then she was gone, heading out of the warehouse.

“Hey.” With the toe of my boot, I gave Cole a kick in the ribs. Our student-teacher relationship had developed to the point where I could do something like that without him picking up his .357 and drilling me between the eyes. “What’s this about my not getting any?”

“Just trying to help you out.” Cole picked up the bowl of cornflakes that Monica had made for him, fished out the cigarette butt he’d accidentally dropped into it, then ate a couple spoonfuls. “It’s something that comes with the territory.”

“Really? It never did for you.” I was aware that he had cut a pretty wide swath with the ladies – ladies like Monica, that is – back when he had been fully functional and able to get around on his own. “You seemed to get all you wanted.”

Not exactly news to me.

“You see –” Cole continued his lecture. “Chicks dig what I do for a living.”

Used to do, but I wasn’t going to point that out to him. I’d already figured out that there was only so much you could needle the guy about, before he actually would pick up his .357 and let you have it.

“Does something to their heads.” He tapped the side of his own with his forefinger. “And when somebody like me nails a lot of ’em, it makes it even worse. I’d walk into a room full of women, I could hear their brains shutting off and the hormones rising.”

This was the sort of thing I had to hear from him on a daily basis. The fact that he was probably right didn’t make it any more enjoyable.

“So if, say, I was on some kind of a job – like I used to do – and it involved blowing away a female target, then the job would be easier. Because of the hormones thing. Defenses are down, so to speak. You’re in, you’re out. So to speak.”

Corporate Daddy by Arlene James
Invitation to Ecstasy by Nina Pierce
His to Possess by Opal Carew
A Vision of Murder by Price McNaughton
Aftershock by Holt, Desiree
In the Silks by Lisa Wilde
Killer Dads by Mary Papenfuss
What Were You Expecting? by Katy Regnery
Carl: Caveman Instinct series 2.5 by Hazel Gower
The Millionaire Tempted Fate (A Novella) (Sweet and Savory Romances) by Jump, Shirley
Our partner