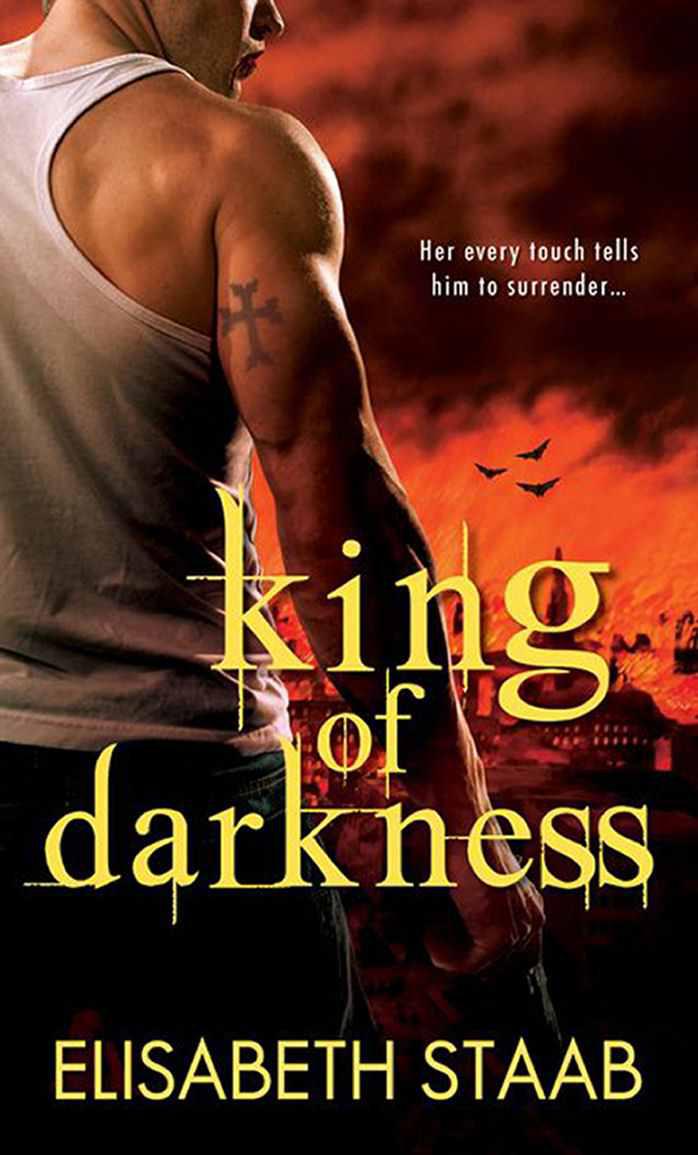 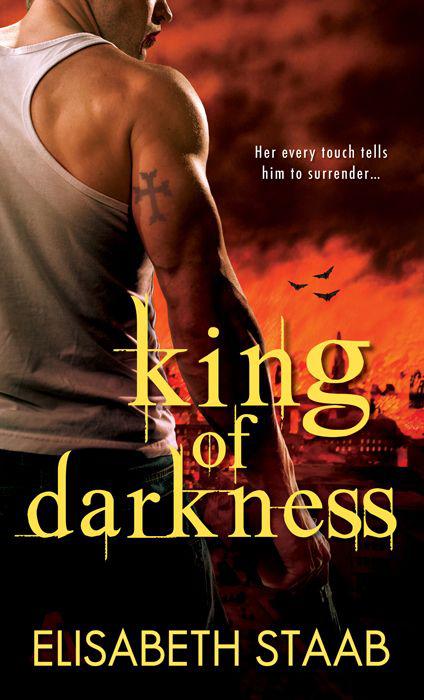 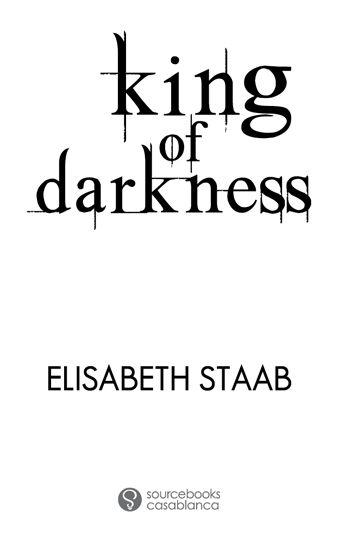 To Tom. My love, I couldn’t have done this without you.

Thad Morgan scanned the sparse industrial interior of the massive warehouse turned dance club. From just inside the doorway, he passed his preternatural vision over the writhing crowd of humans. Most of the populace bounced in time to bass-heavy techno music, stopping only to grope their nearest neighbor. Some gazed upward in awe at a raised platform of fire-eaters, and still more worshipped at a DJ stand opposite the entrance as if it were an altar. A scrolling sign overhead announced something called the Crystal Method. The humans partied with abandon and apparently little regard for their eardrums.

“I think they call it a rave,” Thad murmured to his friend.

And apparently at 3:00 a.m., the night was still young for the party kids in Orlando.

Thad’s hands clenched and released. How were they going to do this? The club was friggin’ huge and packed to the gills, from the crowded floor full of scantily clad dancers with glow sticks to the teeming balconies where couples and even groups were involved in more intimate acts such as massage and… whatnot. It was hard to fathom how in the hell they were going to find the female they were looking for in this place.

Already overheated, Thad pushed up the sleeves of his leather jacket and fingered the scar on his forearm, tracing slowly over the two intersecting lines that flared into a Y at each end, like a crude Armenian cross. The small patch of skin was even hotter than the rest of him and throbbed in time with the pounding electronic music that was drilling a hole in his skull. He could almost swear the scar was glowing, but the haze of laser lights and cigarette smoke made it tough to be certain.

But what would his queen be doing in this… den of iniquity?

They had been traveling for weeks now, searching for the female who would, according to the prophecy, help him lead the vampire race. Finally, his senses told him that they were closing in. They had to be. The whole of their kind
needed
him to find her. He continued to look over the crowd, hoping for a sign to jump out at him from amidst all the sweaty bump-and-grind.

Next to him, Lee Goram also studied the undulating club-goers, not bothering to hide his disgust at the near-orgy playing out in front of him. It didn’t seem to make sense: Thad had never been sure where their needle-in-a-haystack quest might lead them, but he hadn’t expected a place like this.

Maybe he just didn’t get out enough.

“I dunno, man,” Lee grumbled. “This doesn’t feel right. I smell at least four kinds of drugs. I see sweaty humans all but fucking on the dance floor. Doesn’t exactly seem like the kind of place you’d find your destiny in.”

Thad’s aggravation was piqued, and he turned on Lee so that they were almost nose to nose. “I know, but I’m telling you, Lee, this thing on my arm is like a hot coal. That’s gotta mean something.”

Lee slowly hiked his shoulders in a vague shrug. “Maybe those Oracles are all just wacko. I mean, who knows what’s up with that incense they burn, right? I’ve heard it’s some kind of hallucinogen.”

Thad leveled a glare at him. “You know, I realize it’s gonna take time to adjust to our roles being reversed, but my nerves are pretty fried and all your negativity is
not
helping. You know as well as I do what’s at stake here. So would you kindly stop the bullshit and help me look around?” A deep breath failed to untangle the giant knot in his stomach. The real bitch of it was that his father’s advice would have meant the world right about now, but he and Lee might not have even been here if his parents were still alive.

Lee growled and waved away a glassy-eyed, glittery young thing who seemed intent on climbing him to give him a back rub. He clapped Thad on the shoulder. “All right. I’ve got your back, you cranky bastard. No one in here is wearing much of anything anyway, so it should be easy to look around. Just keep an eye out. I don’t sense any danger but it’d be real easy to hide a wizard in here, and finding your queen doesn’t mean dick if you get dead.”

Isabel Anthony relaxed in a red velvet armchair in a dark corner of the VIP section of Club Insomniac. Her gaze met the dove-gray eyes of the blonde female who sat astride her lap, looking every bit as lovely as Botticelli’s depiction of Venus.

She was the DJ from the last set. DJ…
something
…

Isabel was terrible with names. Great with humans, though. Cool air from a nearby vent skated over her skin, leaving a trail of tingles in its wake. It nicely accompanied the sensation of the female’s deft fingers as they kneaded overwrought muscles in Isabel’s shoulders. So relaxing, in fact, that the half-drunk glass of red wine dangling from Isabel’s loose fingers nearly slipped to the floor.

The human kids had their party-favor club drugs: their weed and their meth and their little purple pills. For vampires, the sweet essence of red wine produced that lovey-dovey, buzzy high. The wine made it okay to crave connection with others.

She brought one hand to cradle Venus’s jaw, swiping a thumb over an errant tear. “What’s going on in there, sweetheart?”

The blonde didn’t answer, but simply rolled her head back and sighed.

This was usually the best part of Isabel’s evening. The one where she took an infinitesimal chip out of her lifetime supply of guilt over all the damage she had done by sharing comfort. By listening to tales of woe and trading back rubs. By being a friend that wouldn’t be remembered in the morning. Because more than for the music or the drugs or the wicked-cool performance art, everyone in that club was there because they desperately needed to
belong
.

But she was restless tonight in spite of the mellowing effect of the red wine. Distraction was her middle name, and an odd ache in her lower back intensified with each passing minute despite the soothing shoulder rub from Venus. Isabel blew off the discomfort and returned her full attention to the human in her lap. Certainly the pain would abate soon, whatever it was. She was a fast healer like all of her kind, even if she did feed exclusively from humans.

Until then… Isabel set her wineglass on the floor and gently nudged the DJ off her lap so that they could trade places. “My turn, hon,” she said quietly.

The blonde smiled sweetly when Isabel’s hands worked their way under all that hair to reach the oft-overlooked muscles under the human’s occipital ridge. Within minutes Venus’s body went slack, head and neck dropping onto shoulders to fully expose a creamy column of throat. Canines extended, Isabel licked her lips and buried her face in the crook of the female’s delicate neck. All the while, her hands never missed a beat.

As Thad’s longtime friend and now bodyguard, he would maintain his vow to serve faithfully, but he was beginning to question the sanity of their mission. Even if the mate Thad sought was actually somewhere in this place, there were too many crowds and dark corners, and so far he and Thad had come up with exactly jack.

The risk of danger made him edgy. The telltale aura of malevolent evil given off by their enemy could easily be missed in this sort of environment. Speakers that towered over his six-foot-four frame seemed to be sprinkled about every few feet, and they were cranking out the kind of core-shaking vibrations usually produced by major construction equipment.

Fallen Out: Jesse McDermitt Series, The Beginning by Wayne Stinnett
The Midwife's Moon by Leona J. Bushman
dangerous_lust part_3 by Eliza Stout
SS General by Sven Hassel
Cinderella Liberty by Cat Johnson
The Marshland Mystery by Campbell, Julie
The Rookie: Book 2 The Last Play Series by Hart, Taylor
The Hydra Protocol by David Wellington
Anyone but Alex (The English Brothers Book 3) by Katy Regnery
Rakshasa by Knight, Alica
Our partner