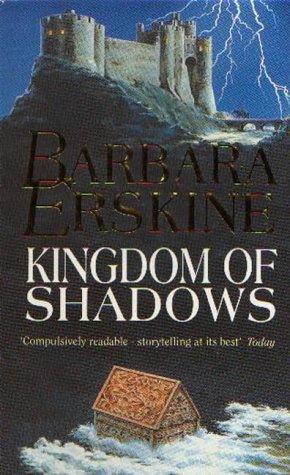 also descendants of the Bruce

It came again that night with the silent menace of a cloud sliding
across the moon. In her sleep her hands began to clench and unclench,
slippery with sweat. Her breathing became short and irregular, her
heartbeat increased and she threw herself from side to side, moaning
with fear. Then she ceased to move. Beneath her eyelids her eyes began
to flick rapidly about
.

Panic-stricken she fought to escape, her hands groping in the
darkness whilst something held her back, trapping her, holding her
immovable. There were bars above her head, behind her back, on
every side of her, and, beyond the bars, eyes. Faces staring, mouths
moving, teeth glittering with spittle, like the fangs of animals. Only
they weren’t animals: they were people and only the bars could save
her from them. She cowered back now, on her knees, her arms about
her head
.

When she looked up, they had gone. All was empty again
.

Slowly she stood up. Now in her dream she was a bird. Her wings
were stiff with disuse, the feathers dusty and brittle. To spread them
hurt the muscles in her breast and shoulders. She tried to beat them,
faster and faster, willing them to carry her outwards and upwards
towards the sky. But the bars held and the feathers beat against them
– beating, beating until her wings were broken and bloody and she
was exhausted. Hope died; she knew again she was a woman
.

The dream began to lift and with it the immobility which comes
with the deepest sleep. Tears filled her eyes and slipped from beneath
her closed lids. She moved her head restlessly again, her hands
groping in an echo of the dream, seeking the bars, afraid they
would still be there when she awoke. She was fighting the dream
now, yet still ensnared
.

One hand, flailing in the darkness, caught something and held it
until her knuckles whitened. It was the chained door of the cage
.

As her eyes flew wide she opened her mouth and began to
scream
.

Margaret Gordon looked down at the two children at her feet and smiled. James, his cheeks pink and shining, his hair neatly brushed and his checked shirt and jeans clean for once, was sitting fidgeting on the footstool, near her chair. At eight, he was already a tall, athletic boy, promising to be as handsome as his father. She shook her head sadly, then she turned her attention to Clare. Four years older than her brother she was a dark-haired, slim child, with the grace and elfin beauty of a fawn. Her short, wavy hair framed a delicate face, dominated by huge grey eyes.

And the eyes as always were fixed unwaveringly on her great aunt’s face.

‘Go on, Aunt Margaret, let’s hear the bit about the spider.’ James leaned forward, elbows on knees. ‘And how the king escaped from Scotland.’

Margaret smiled indulgently. ‘Again?’ You ask for that story every time you come to see me.’ How strange the way the children yearned for the same old tales to be repeated. And complained if you forgot or altered the slightest detail.

‘And Clare?’ She turned and smiled at her great niece. ‘Which story would you like?’

As soon as the words had left her mouth she regretted them, knowing what the answer would be. She felt her stomach muscles tighten warningly as she met Clare’s steady gaze.

‘I’d like to hear about the Countess Isobel who crowned him king,’ the girl whispered. ‘And how they put her in a cage …’

Margaret swallowed. ‘That’s not very cheerful, my dear. I think perhaps we should stick to the spider today, as it’s nearly tea-time.’ She hesitated, uncomfortable beneath those huge, expressive eyes. ‘Besides, your mother and Archie will be back from their walk soon.’

Easing herself back in her chair she let out an exclamation of irritation as the two walking-sticks, hooked over the wooden arm, fell to the floor with a rattle.

Clumsily James jumped to his feet to retrieve them, stepping over his sister who hadn’t moved. ‘Go on then, Aunt Margaret.’ He wedged them firmly back into place. ‘It happened on Rathlin Island …’

Margaret looked down at her hands. The slim aristocratic fingers were thickened and knotted with arthritis now, so she could no longer wear rings, nor push a bangle over her swollen knuckles. How silly at her age to care for such vain, inconsequential things. Surreptitiously she glanced at Clare again. When the child was a little older she would give her the jewellery. For the rest Clare would have to wait until she was dead.

She gripped one of the walking-sticks tightly and rested it upright against her knees so that she could lean on it, perched on the edge of the high seat to ease the pain in her back. The child’s mother said she often had nightmares. Had she already had the dream? There were dark shadows under her eyes which should not have been there in a girl her age. Margaret felt a warning shiver of apprehension. Abruptly she brought her mind back to the story. ‘On Rathlin Island there was a cave, and there the king and his followers hid the whole of that long, vicious winter …’

The long silence stretched out as her thoughts went back over the story: the story which had obsessed her as long as she could remember, the story she had told these two children again and again.

But how had she heard it herself? She couldn’t remember who had told her first. The story had always been with her, part of her bones, part of her soul. The joy, the pain, the love and, at the last, the fear and despair. And with it the recurring nightmare.

With a start she dragged her thoughts back to the present. She forced herself to smile.

‘I’m sorry, James. I think I must be a little tired.’ She glanced at Clare, almost afraid that the girl had read her thoughts, but Clare was no longer looking at her. Her eyes were fixed on the window, staring up at the thick mat of grey cloud which hung over Airdlie House. Her eyes were full of pain.

Only the astonishment in James’s face made Margaret realise how panicky her cry had sounded.

The girl jumped up. ‘Yes, Aunt Margaret?’ She came to stand at the old woman’s side, her face full of anxiety. ‘What is it?’

‘Nothing, my dear, nothing.’ Margaret levered herself to her feet. Her imagination was running away with her again. It was crazy to think one could unwittingly pass on an obsession. Another fear to lay at the door of her over-fertile brain. The child was growing up, that was all. On the threshold of womanhood. Soon she wouldn’t want to listen to an old woman’s ramblings any more. She would be far more interested in boys and pop music and clothes. There would be no time then for a story so many generations old. No time at all. She would forget.

Margaret took a stick in each hand and gripped them firmly, placing the two black rubber tips squarely on the polished boards on either side of her swollen feet. ‘Let’s go and start making tea, shall we?’ she said. ‘The Bruce and his spider can come later.’

‘You know, you are being bloody unfair to Paul!’

Gillian Royland reached for the tumbler and sipped lazily at the fruit drink. She pushed her sunglasses up into her hair and peered at her sister-in-law myopically from beneath her shady hat. ‘Don’t you want children, for God’s sake?’

‘You know I do.’ Clare eyed the other woman’s hugely pregnant bulk beneath the expensively cut sundress, then she lay back on the towel and closed her eyes, one hand dangling in the pool feeling the silkiness of the water against her fingertips. They were in the garden of Clare’s country home, Bucksters.

‘Then why won’t you have some tests to find out what’s wrong?’

Clare sighed. ‘Paul and I have both been to Dr Stanford.’

‘Oh yes, a chat with your GP.’ Gillian heaved herself up higher on the cushioned chair. ‘What does he know about it? I told you, you must go and see my gynaecologist in Harley Street.’

‘There is nothing wrong with me, Gill.’ Clare clenched her fist in the water, unwilling to talk about the questions, the tests, the humiliations she and Paul had already faced. ‘John Stanford said I should learn to relax a bit more, that’s all.’

‘And you respond by going to this crazy guru!’

‘He’s not a guru!’ Clare sat up impatiently, shaking her wet hair back from her face. ‘He teaches yoga. Millions of people study yoga. There is nothing wrong about it. You should try it. Yes, even in your condition!’

‘Hey, keep calm.’ Gillian hastily dropped the glasses on her nose, retreating at once from the threat of an argument. She eyed her tempestuous sister-in-law wryly. ‘You certainly need to learn how to relax.’ When Clare didn’t respond, she went on tentatively, feeling more secure behind the glasses. ‘Everything is all right between you and Paul?’

The question hung for a moment between them. Clare clasped her arms around her knees, her shoulders hunched as a breath of cold touched them. A few leaves drifted down from the beech hedge into the still blue water. ‘Why shouldn’t it be?’ she said at last.

Gillian watched her covertly. ‘No reason at all. You are both coming to our party on Saturday, aren’t you?’ She changed the subject so abruptly that Clare stiffened.

‘If Paul can get away from London this weekend.’ Clare stood up suddenly with effortless grace and stood poised by the side of the pool, conscious for a moment of her sister-in-law’s critical stare. Then she dived into the water. The cold was biting, invigorating, touched already by that frisson of autumn in the air. It was the first day of October.