Read Kiss of the Rose Online

Kiss of the Rose 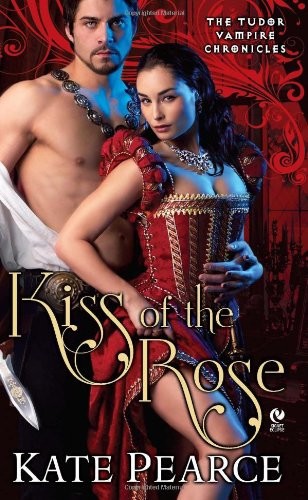 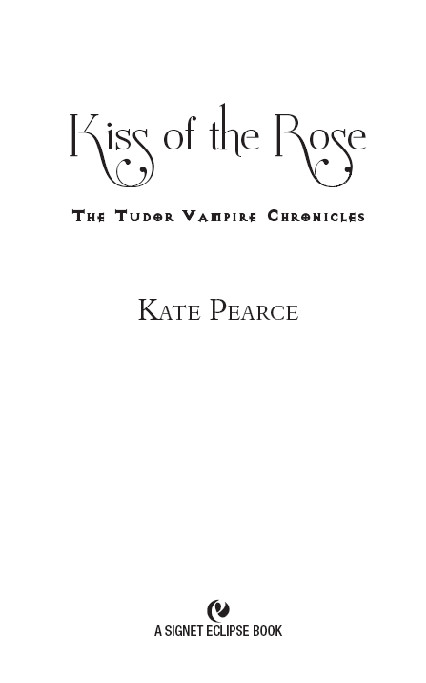 Kiss of the Rose

“Kate Pearce gives historical romance some serious fangs with
Kiss of the Rose
. Better plan on losing some sleep, because this is a guaranteed all-nighter!”

“A marvelous blend of historical and paranormal makes this story a must read.”

“A book you can really sink your teeth into! It has every thing: adventure, romance, history, and Druids and Vampires too!”

—Colleen Gleason, author of the

Praise for the Other Novels of

“One of the most arousing and enigmatic historical novels I have read this year.”

“Intelligent characters, complex emotions, and a plot that engaged my emotions to a rare high. Very highly recommended.”

“Can you say HOT? Well, it doesn’t get much hotter than
Simply Sexual
. From the first scorching page to the last, Kate Pearce takes you on a wild ride of sex and suspense, keeping you guessing until the very end.”

“This book has something for everyone: hot sex scenes, a sexy hero with a tragic past, a smart and compassionate heroine, intrigue, danger, and Regency London at its most decadent!”

This book is dedicated to my family: Dermot, Alex, Kit, Gregory and Sophia Rose. Thank you.

First, thanks to Deidre Knight and Tracy Bernstein, for providing me with this opportunity to write about some of my favorite things— love,Tudor history, and Vampires. Also thanks to the Hot Writer Babes— Amy, Susan and Dana— who read the original proposal and were kind enough to tell me it was good to go. I also received great help from Crystal Jordan and Dayna Hart, who not only read the finished manuscript, but had to keep reassuring me that I wasn’t delusional and that NAL was not going to ask for their money back.

On the research front, I received great help from Kathryn Downs, who saved me hours of plowing through information on Tudor clothing and compiled a handydandy shortlist when Herbert Norris’s
Tudor Costume and Fashion
defeated me.Also, to my mother and sister, Ceri, for additional Tudor information direct from the UK. I found Alison Weir’s
The Six Wives of Henry VIII
very helpful. For the Druids, I mainly used Peter Berresford Ellis’s book (what a coincidence on the name)
The Druids
.

I’d also like to acknowledge the help of a real Tudor poet George Turberville, whose song I “borrowed” for Christopher Ellis to sing to Rosalind. I’ve tried as much as possible to use real places in the book, and to be as historically accurate as a work of paranormal fiction can be. All historical errors are my own, and I apologize for them in advance.

H
e needed a miracle. Here he was, on the brink of a battle for the crown of England, and it was increasingly obvious that God wasn’t listening to his desperate prayers. Henry Tudor rose from his knees, made the sign of the cross, and backed away from the altar. A single tallow candle illuminated a handful of dilapidated pews and a ragged altar cloth, tattered and chewed by vermin.

There was only one thing left to do, and it would be the biggest gamble of his life. He’d left the Earl of Oxford in charge of his pitifully few troops, and brought his Welsh companion, Sir John Llewellyn, as his guide.They were the only two men who knew he had left his sleeping army and gone out into the countryside, ostensibly to pray at the church, but in reality to do so much more.

Henry relaxed as John’s familiar dark-featured face emerged from the gloom. John’s knowledge of the Welsh countryside had proved invaluable. He’d found Henry the perfect place for his needs, a place where the old religion of the Druids lodged uneasily alongside the new.

“Is it true there was a battle fought here, John?” Henry asked as his friend led him away from the church and down into the all-encompassing darkness beyond.

“Aye, my lord.
Parc-y-Meirw
means Field of the Dead. A fitting omen for your upcoming victory over King Richard.”

“Indeed.”
Or a reminder of just how quickly an overambitious man could fail…

John stepped aside to reveal a low huddle of stones. “This is the Holy Well I spoke of. It is said the spring leads directly to the old gods, who will listen favorably to the prayers of anyone who offers them a tribute.”

Henry strained his eyes to make out the dimensions of the less than impressive stone arch that covered the entrance to the spring. The sound of water trickled and echoed deep in the ground below his feet. He crouched down and shuddered when his fingertips slicked over decaying plants and dipped into ice-cold water.

“I shall make an offering, then.” He found a coin and threw it into the small gaping mouth of the well. Was he throwing away his immortal soul as well? Richard Plantagenet was a formidable opponent on and off the battlefield.

“Go back to the church and wait for me there. I will do what I must do alone.”

“Nay, sir. I promised Lord de Vere I wouldn’t let you out of my sight.”

“Even if what you see will imperil your soul, your chance of paradise, and the glorious resurrection?”

To Henry’s surprise, John smiled. “Sir, I am prepared to walk through hell itself to protect you.”

Henry let out his breath. “All right, then, best get on with it. Do you have the vessel?”

“Fill it with water and give it to me.”

Henry withdrew his dagger. Strange that both the old and the new religions demanded blood. He slashed the blade across the fleshy pad of his thumb and allowed his blood to drip into the narrow opening of the pot. He was unsure exactly how much was needed. Tales of the Druids draining their sacrificial victims dry were commonplace. Even the Christian God had allowed his precious son to be crucified, bloodied nails hammered through his wrists, a sword thrust in his side…

Henry took a deep, steadying breath and sucked his thumb into his mouth, waited until the sickly coppery flow slowed and stopped. “Show me where the stones are.”

He could see better now, and did not hesitate as he followed John toward the ominous row of shadows bordering the field. He reached the first stone, which was about one and a half times his height, and put his hand on it. The stone quivered and warmed to his touch as if he had somehow awakened it.

He snatched back his hand and examined the smooth surface of the bluish gray rock. “How many stones are there?”

“The color reminds me of the great stone circle I once saw down in the West Country of England,” Henry whispered. “A circle built by giants, as legend would have it.”

“These stones came from the same quarry, and there were no giants involved. Just mortal men.”

“You seem to know a lot about it, John.” Henry knew he was procrastinating, but his first touch of the stoneshad proved almost too much for him, had made him doubt his purpose once again.

“Like you, I was born here, sir. I learned all the ancient tales before I could speak.”

“Then tell me. What must I do to call the Druids?”

A moment of silence met his challenge and he tore his gaze from the stones back to John.

“Near the bottom of the third stone is a small crevice. Kneel and pour your blood offering into the hollow.”

Henry found his way to the third stone and knelt in front of it, used his fingertips to discover the crevice and the worn hollow at its bottom. He closed his eyes and poured the contents of the pot into it, was surprised when none of the liquid seeped out or ran down the surface of the rock. He wanted to pray, but hesitated to of-fend the old gods he was trying to reach.