Read Knight and the Witch 02 - A Summer Bewitchment Online

Knight and the Witch 02 - A Summer Bewitchment 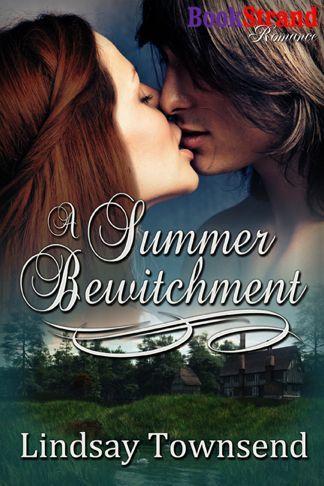 When a shadowy piper kidnaps seven beautiful girls, can a wounded knight and his witch save them? Will Sir Magnus and Elfrida find them in time, and at what cost to themselves?

Magnus, the battered crusader knight, and his witch-wife, Elfrida, are happily married but in secret turmoil. Elfrida dreads that her difference in rank with Magnus will undermine his love for her. Wounded and scarred, Magnus fears he will not be able to give Elfrida children.

Their fears are sharpened when high-born Lady Astrid appears at their manor and demands their help to find seven missing girls. The lady clearly regards peasant-born Elfrida as beneath her notice, but why has such a woman sought out Magnus, a country knight? Who does she really want to recover so badly?

In a scorching summer, Magnus and Elfrida search for the missing girls. Can they recover them in time? And will their own marriage be the same?

If you find a SirenBookStrand e-book being sold or shared illegally, please let us know at

To my husband, with all my love

“I am the troll king of this land and you owe me a forfeit.”

Elfrida glanced behind the shadowed figure who barred her way. He was alone, but then so was she.

Do I turn and run along the track? Should I flee into the woods or back to the river? He is close, less than the distance of the cast of a spear. Can I make it hard for him to catch me? Yes.

But catch her he would.

“Indeed?” she asked, using one of her husband’s favorite expressions, then sharpened her tone. “Why must I pay anything?”

“You have trespassed in these woods. In my woods.”

The nagging ache in her shoulders and hands vanished in a tingling rush of anticipation. Elfrida dropped her basket of washed, dried clothes onto the dusty pathway, the better to fight. “King Henry is lord of England.”

A point to him. “I kept to the path, and then the river.”

He had not moved yet, nor shown his face. The summer evening made his shadow huge, bloody. Her heart beating harder as she anticipated their final, delicious encounter, Elfrida asked, “Are you so bold? My husband is a mighty warrior, the greatest in all Christendom.”

“That is a large claim.” He sounded amused. “All Christendom? He must be a splendid fellow. The harpers should sing of him.”

Elfrida raised her chin, determined to have her say. “I am proud of my lord. He is a crusader. He has seen Jerusalem and he has learning. He can whistle any tune. He defends all those weaker than himself.”
Should I say what I next want to say? Tease him as he has teased me? Why not? Are we are not playing?
“Go back to your woods, troll king.”

She heard the crack of a pine cone as he shifted. In a haze of motion the troll king was out of the tree shade and into the bright sunset, dominating the path in front of her. Taller than a spear, broad as a door, he had a face as stark as granite, of weathered, broken stone. Heavily scarred—
many would say grooved
—he had the terrible beauty of a victor, a winner wounded but unbowed.

A ribbon of heat, like hot breath, flickered across her breasts. He was so magnificent , so handsome. She both loved and hated defying him, even in jest. Striving for calm, she said, “You will come no closer.”

“Or what, little laundress?”

That tease irked her. “The clothes and bedding do not wash themselves. Not even for you, troll king.”

He smiled, a daunting unfurling of that scarred, sword-cut face. The churning heat in her belly swept up into her cheeks and down to her loins.

“I am a witch, besides,” she added, though not as coolly as she would have liked. She saw the gleam in his large brown eyes pool into molten bronze.

“You would put a spell on me, elfling?” he challenged.

“Perhaps I already have.” Her tone and mouth were as dry as the summer.
How much farther can we stretch this sweet foolishness?

He raised thick black eyebrows, while a breeze flicked and flirted with his shoulder-length curls. “Is that Christian?”

She wanted to cross her arms before herself, to shield her body from his bold stare. At the same time she longed to strip herself naked for him, unlace his tunic and caress him. Unsure how he might react, she armed herself with words instead. “I am a good witch, Magnus.”

“Indeed.” Again he looked her up and down, glanced at her buckets, basket, and clothes. “Should you not have an escort, wife?”

Do I tell him I sent Piers off to help? Are we still playing now or is he truly angry?

Looming over her, he was close enough for her to touch him.
To caress his strong body will be like stroking sun-warmed stone.
Distracted, she shook her head. “There is the sheep shearing…”

“Done.” He tossed a stack of rolled, lanolin-scented fleeces at her feet. “I did my share and more and, as I have said already, I claim a reward.”

He winked at her and she found herself smiling in return. “Forfeit and reward, too, sire? Is that not greedy?”

“Are we in Lent, that I should fast?” He raised his hand, cupping her face with supple fingers. “But you are too dainty to linger alone, witch or no.”

He traced the curve of her lips with his thumb and, as she trembled, he gathered her firmly into his arms. “Any man will try to spirit you away.”

“Hush!” She made a sign against the evil eye and wood elves, but he shook his head at her caution.

“I have faith in your magic craft, Elfrida. But a passing knave or outlaw? He is quite another matter. He would see you as a tempting piece, my wife, my lovely.”

“I am not helpless,” she protested, but her heart soared at his loving words. His mouth, as crooked and scarred as the rest of his face, stole a kiss from hers.

He smelled of lanolin, salt, and summer green-stuff, and tasted of apples and himself. Elfrida closed her eyes under his tender onslaught, her thighs trembling.

“Troll King?” she murmured, when they broke apart slightly. “Is that how you wish me to address you in the future, husband?”

“‘Sire’ will do, or ‘greatest knight in Christendom.’ Those will do very well.” He kissed her again.

“You rob me, sire,” she murmured, a breathless space later.

“Of kisses?” He sounded delighted at the idea, the beast, and grinned when she pinched him.

“Even one-handed I can do that better than you.”

He demonstrated, squeezing and lightly slapping her bottom, chuckling as she thrust her hips back against his fondling fingers. A shred of modesty remained as her wits dissolved into a sweet blaze of need. “Magnus, what if someone comes?”

“Mark knows to keep them back.” Safe in knowing his second in command would let no one disturb them for the rest of the evening, Magnus sat down in the middle of the path and pulled his wife onto his lap. She was pliant in his arms and as eager as himself, kissing his throat and caressing his back while she murmured endearments in her own local dialect. “Steady, lovely.” He stroked to soothe her, uncaring that such a tender act made his desire more urgent. “Steady. We shall not be troubled by anyone, I promise.”

Daily he thanked God for her, his Elfrida. They had found each other two seasons back, striving and facing countless dangers together to free three brides from a deadly necromancer. He had watched her push herself to her limits and beyond for others and, even more strange and terrible, had seen
her
protect
him
from spirits and curses.

Snug and close as she was to him now, his fiery witch revealed another side to her nature, passionate and sweetly submissive. She could dispute like a scholar from Bologna, argue any point, but in bed with him, or sitting on his knee now on this dry woodland path, her loving trust in him was absolute.

He kissed her narrow palms
,
marveling aloud how smooth they were, in spite of her scrubbing clothes in the river all day.

“’Tis only a little charm and some ointment I use.” She smiled at him. “But I regret, Magnus, that not even my strongest magic can persuade a laundress to remain with us.”

He knew that well enough and he knew why. Of all the women in the world, only his Elfrida and a few others could look beyond his mess of ugly sword scars, his missing hand and foot, and not be afraid. Aside from a constant shortage of maids he no longer cared about his looks, but to have his wife pound washing was another matter. “It is not seemly.”

“Maybe so, husband, for a lady born and bred, but I am a witch.”

And a peasant lass
, her eyes added, though she was wise enough not to say that. He disliked reminders of their difference in class. To him it no longer mattered, indeed had never mattered. “You are my wife,” he growled.