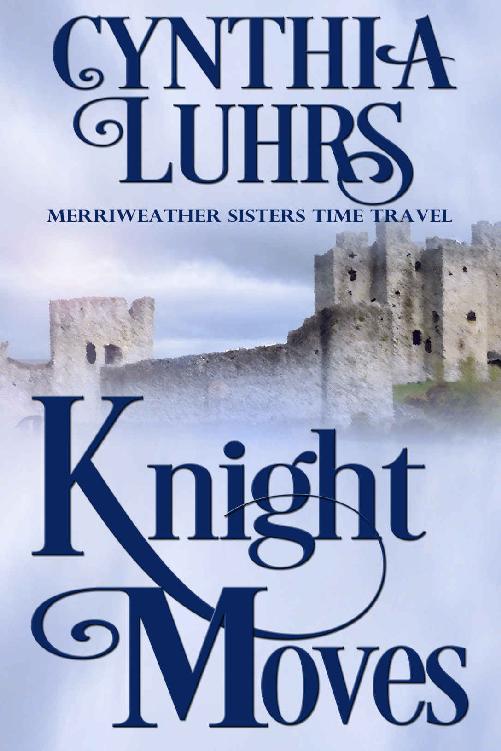 There was a little girl

Thanks to my fabulous editor, Arran at Editing720

To everyone who ever believed in fairy tales.

There was a little girl

There was a little girl,

Who had a little curl,

Right in the middle of her forehead.

When she was good,

She was very good indeed,

But when she was bad she was horrid.

Through the Looking Glass

…Alice laughed. “There's no use trying,” she said: “one can’t believe impossible things.”

“I daresay you haven't had much practice,” said the Queen.

“When I was your age, I always did it for half-an-hour a day.

Why, sometimes I've believed as many as six impossible things before breakfast…”

“Have you seen the story?”

Without waiting for Charlotte’s answer, Melinda ranted, “It says—and I quote—
Simon Grey, Lord Blackford, and his American guest, Lucy Merriweather, were lost at sea after a crumbling wall at Blackford Castle gave way and they plunged to their deaths. The treacherous currents swept the bodies out to sea
.”

She arched a brow at her youngest sister, anger stretching her face tight. “What a load of horseshit. We are going back.”

“No. I can’t deal with seeing that desolate place again.” Charlotte shivered. “It oozes sadness and heartbreak. But I can’t stay here either. Everything reminds me of Lucy.”

Melinda didn’t want to hear the rest, but Charlotte hurried on. “So I’m leaving. But I’m not going to England. I need to get away. Far away. There’s a gig in Djibouti and I’m taking it. I leave tomorrow.”

How could Charlotte not want to go back? There had to be something the authorities missed. They’d flown over as soon as they were contacted about Lucy. Everything the authorities said seemed to filter in through a big ball of cotton. To lose your sister and aunt on the same day stretched Melinda’s ability to concentrate to the limit.

The cops found Lucy’s phone smashed on the rocks. But her purse was in the small cottage on the property, along with all her clothes. Melinda didn’t think her sister would leave her purse and passport unattended. The facts made sense, yet something felt off.

A feeling was enough. Melinda was going back to England and not leaving until the feelings of wrongness went away. Lucy would’ve done the same for her.

Melinda opened up the laptop again and started to make plans.

What were the chances? Melinda booked the last ticket and now, two weeks later, she was ready to go. Her flight left at six tonight. Preoccupied with whom she would speak to first, she yelped when the headlights seemed to appear out of the sky. It was foggy but the idiot was almost on top of her. The horn blared; she swerved and swore. The driver kept going.

A sigh of relief whooshed out and she slumped into the seat, feeling the adrenaline leave her body. Better pay closer attention to the road.

Only a few more exits until the airport. She switched the satellite radio to eighties tunes and glanced in the rearview to see the same car. If he got any closer he’d be sitting in the backseat.

Barely resisting the urge to slam the brakes and teach the jerk a lesson, Melinda took the next exit and pulled into the right lane to let him pass. Where was everybody? It was three o’clock on a Wednesday; people should be out and about. But the road was practically deserted. She counted two cars going the opposite direction.

One second. She looked down for one second when she felt the impact. The last thing she saw was the ugly face staring at her through the windshield of the other vehicle before everything went black.

Melinda blinked slowly. Every inch of her body hurt. The smell of smoke and burning rubber made her wrinkle her nose and breathe through her mouth. As she looked to the right, she let out a squeak. The voice in her head laughed. A squeak? You do not squeak. Scream, yell, rant, rave. But never ever squeak.

The fact she was talking to herself made her worry. How badly was she injured? Trudy, her reliable, trusty car, looked like somebody had taken it and put it through a mixer. Seeing the heap of metal, Melinda sent up thanks to whoever was watching over her that she was somehow on the ground away from the car. Thank the stars she wasn’t dead. Though right about now she felt like she was dead. Then again. If you were dead, likely you didn’t feel anything. So a body screaming in pain was actually a good sign, right?

Shoes appeared in her line of vision. Scuffed brown boots. Followed the boots up denim-clad legs to a Peatbog Faeries t-shirt. The man possessed one of the ugliest faces she’d ever seen.

Her brain registered the fact he was English. And that set off all kinds of internal alarms. Melinda tried to sit up, screamed in pain, and stopped moving. If she could stop breathing, maybe everything would stop throbbing in time to her erratic heartbeat.

“Shut up and call for help.”

“Red, you should have left the country like baby sister Charlotte. Don’t worry. My partner is on the way to end her. The client asked for fire, so she’ll burn.”

The man looked around to make sure they were alone. Why wasn’t there ever a cop around when you needed one? Better yet, some comic book superhero to fly down and kick this guy’s ass.

“You’re wrong. I’m leaving the country. I was on my way when you smashed into me.”

The man laughed. “To London. Wrong choice. You nosy Americans can’t leave things alone, can you?”

An awful suspicion tried to take shape in her muddled brain. Before she could make sense of the thought, he spoke again.

“My client might be dead. Doesn’t matter. I always finish the job, no matter what. He wanted you two birds taken out, so that’s what will happen.”

He reached behind him, hands going to his back, and Melinda found herself looking down the barrel of a gun. In the afternoon light, the patchy fog turned the black of the gun blue. And for an instant she thought it looked rather pretty. That was until she heard the sound of the safety clicking off.

Everything seemed to slow down until there was only her watching him. She noticed his eyes narrow. The corner of his mouth tightened and a vein in his neck throbbed. Melinda fancied she could see his finger slowly squeezing the trigger. And then the world exploded into sound.

A sigh of relief escaped. The cops had arrived.

And in that strange way time has of slowing down, Melinda saw his mouth moving, tried to make out the words, while at the same time she heard the click of the trigger. She closed her eyes to wish the bullet away.

The noise sounded like firecrackers. Shouldn’t she be dead? One eye cracked open, then the other. Beside her on the wet pavement lay the man. Eyes open and unseeing, a round red hole in the center of his forehead.

Hysteria took over: “…a little curl right in the middle of her forehead…” One of her favorite childhood poems filling her head, repeating over and over on some kind of demented loop.

Why did they have to kill him? A bullet to the leg should have stopped the guy. Now she’d never get answers.

Who was the client he worked for? He’d said his client was dead. Simon? Why would Simon want she and Charlotte dead?

Oh no, no, no. Did Simon kill Lucy and now wanted to make sure she and Charlotte didn’t cause trouble? The jerk could’ve faked his death.

But wouldn’t this guy know that? So many questions. Melinda knew one thing. If Simon wasn’t dead, she was going to kill him with her bare hands.

“Miss. Stay with me.” The cop turned his head, yelling over his shoulder, “We’re losing her. Where’s my bus?”