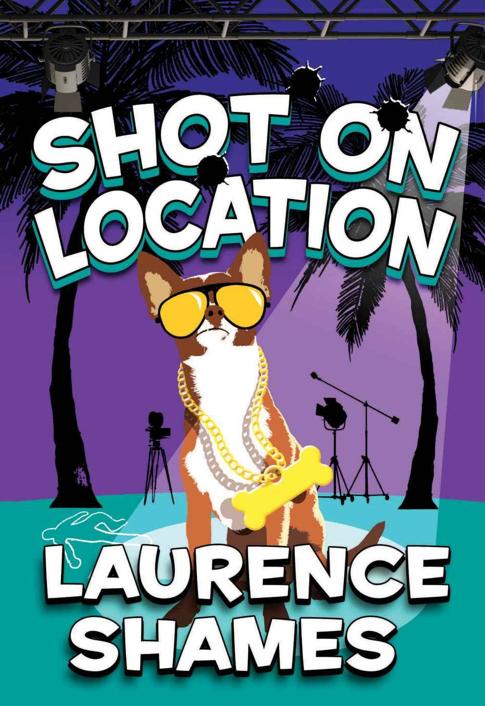 This ebook is licensed for your personal enjoyment only. This ebook may not be re-sold or given away to other people. If you would like to share this book with another person, please purchase an additional copy for each reader. If you’re reading this book and did not purchase it, or it was not purchased for your use only, then please return to your favorite ebook vendor and purchase your own copy. Thank you for respecting the hard work of this author.

When the call came in, Jake Benson, ghostwriter extraordinaire, was pinching dead leaves from the last remaining basil plant on a windowsill of his Upper West Side apartment.

It was January in New York and a good old-fashioned cold snap was killing everything that was not already dead. The houseplants, starved of daylight, alternately chilled by drafts and baked by the dry heat of the radiators, had no chance. Often the curling, desiccated leaves didn’t even need pinching; they could be made to fall off just by looking at them. Jake didn’t know why he bothered with houseplants. No, actually, he did know: They gave him something to fiddle with when, as now and for the past few months, he was between gigs. When he wasn’t writing, he didn’t quite know what to do with himself. More than that, he wasn’t quite sure, even at the age of forty-two, who he was. Was he a guy who liked fiddling with houseplants? Who sometimes thought about getting a cat? Moving to France? Taking up the saxophone?

His tendency was to audition these various versions of himself until his next paid work came in, at which point he put aside the diversions and the fantasies and took refuge in the one thing the world had told him he was good at: writing other people’s books. For this he had an almost freakish knack. He could write on any subject, from diabetes to race car driving to World War I; assume the tone of any genre--self-help, romance, confessional memoir; mimic any voice, whether that of an aw-shucks athlete, a business bigshot, or a messianic fraud. He had no idea how he did this, but it came to him so easily, called for so little real involvement, that it had been years since he’d seriously wondered if he actually enjoyed it. It was how he made his living. It was what he did.

Now, one hand full of brittle leaves, he picked up the ringing phone. And sure enough, the call was from his agent, Lou Mermelstein.

“Jake,” he said after the bare minimum of chitchat, “great news! Just heard about a terrific gig for you. Something a little bit different. A tie-in novel with one of the hottest shows on television.”

“Who said this is writing for television? It’s a book. A book that goes with the show.”

“A book, yeah. One of those crappy paperback novelizations with the cheesy covers.”

“Jake, are you listening? Not a novelization. A free-standing book. A tie-in.”

A little sheepishly, Mermelstein said, “With … with the mythology of the show.”

“The mythology. Look, I don’t know what the fuck it means either. It’s how everybody talks in television.”

Mermelstein squeezed the little tension-reducing squeezy-ball on his desk. He’d worked with Jake Benson for quite a few years, knew him pretty well. Like all writers, an odd duck, with a core ambivalence that just wouldn’t quit. He wanted this gig. He
needed
this gig. The agent was sure of it. Still, it was typical that he’d start by saying no. It was his pattern. The details varied, but he did it every time. He railed, he mocked, he subverted. He just had to. He used wry and scathing negativity as a warm-up the way some people used calisthenics.

Soldiering on, the agent said, “Don’t you even want to know the name of the show?”

The writer said nothing.

“Never heard of it.”

“Strictest confidence? Until a week or two ago, I hadn’t either. Which just proves that you and I are out of it. It’s been on the air maybe five, six episodes and it’s already top-ten in the ratings. People love it. The critics love it.”

Mermelstein let the comment pass. “So the show,” he went on, “it’s based on a tried and true formula, old as
Robinson Crusoe
or even
Gilligan’s Island.
Survivors under palm trees.”

“Not a reality show. That’s the genius part. It
looks
like a reality show. Smoking hot twenty-somethings in shredded clothing. But in fact it’s a good old-fashioned serialized melodrama. Carefully scripted. Overlapping stories.”

Through the phone came an almost audible wince. “Don’t call it that. Especially not if you talk to the producers. They’d be really offended.”

“So here’s the set-up, all established in episode one. There’s these people on a cruise ship. Not some dorky, Carnival Lines kind of cruise ship. One of those big fake sailboat cruise ships that young, hip, single people might be on. You with me so far?”

“I’ve never seen a hip person on a cruise ship.”

Mermelstein ignored him. “So they’re in the middle of the ocean —”

“Who cares? An ocean’s an ocean. So they’re in the middle of the ocean, and there’s a giant earthquake, and the earthquake raises an enormous tsunami, eighty, ninety, a hundred feet tall; and the tsunami catches the ship, and the ship rides it like a surfboard; rides it thousands of miles at hundreds of miles an hour, rocketing along like it was on top of a twenty-story building. And after hours of incredible terror, the tsunami finally hits an uncharted reef in the middle of nowhere, and the ship is smashed to smithereens, and all the navigation stuff is destroyed, and all the less attractive people get drowned, except for like two old ones and one fat one to make it seem more like a slice of actual humanity, and they make it ashore where the better-looking people start having sex with each other and learn to survive against mysterious forces while waiting for however many seasons to get rescued, unless they never get rescued because they’re already dead but have no way of knowing it.”

Jake Benson said, “And all this happens in episode one?”

“In like the first five minutes. It’s set-up, backstory. Then it plays out from there. So whaddya think?”

Purely for his own amusement, Benson actually stuck a finger partway down his throat. He was still rather playful, occasionally goofy, for his age. In part this came from working alone, doing his thing with no one watching; in part it came from a lifelong though lately atrophying tendency to play the entertainer. In this his looks conspired. He was in equal measure handsome and funny-looking — quite tall, very thin, with brown, curly hair that twirled the occasional ringlet over his ears or down onto his forehead, a rather eggish forehead that made his hazel eyes seem more than halfway down his face. The usual expression on his full lips was more complicated than a smile but gentler than a smirk and suggested a more or less constant musing on some private joke.

The agent said, “I knew you’d like it. But the tie-in part, what they want from you, it’s a book, a novel, supposedly being written by one of the minor characters —”

“Whoa, whoa. Written by one of the characters?”

“Yeah,” said the agent. “You know, a story within the story. A metafiction.”

“One man’s gimmick is another man’s bold postmodern masterpiece. But will you let me finish? So this character, we never actually meet him, but he’s like a savant, a psychic, and his novel somehow holds a lot of obscure but fascinating clues as to what’s really going on in the show. So they refer to the book in a later episode. Then the book gets published--”

“Not in the show. How could it be in the show? The show’s on an island in the middle of nowhere. No, the book gets published in the real world, and fans of the show buy it with real money, and they look for clues and they talk about it online, and ratings go up and the producers and the network and even the poor bastard publisher, which is owned by the same giant conglomerate as the network, make even more money. It’s, you know, it’s synergy.”

“So wait a second. Let me make sure I have this. I’m supposed to write this fucking book, and then it comes out under the name of a minor, made-up character who never even puts in an appearance?”

“And the book probably becomes a bestseller and as usual nobody ever knows I wrote it.”

“Yeah, there is the usual gag clause.”

Benson bit his lip, looked over at the dead plant on the windowsill. “How the fuck did I end up in this line of work?”

“How? Or why? I can offer several reasons. You like to eat. You don’t see the inherent nobility of manual labor. You —”

“Come on, cheer up,” said the agent. “They’re offering one-fifty.”

Not a princely payday in some professions, a hundred-fifty grand was a top-tier gig in the ghostwriting business. Mermelstein paused a moment to let the figure sink in.

“We might even get them to go two hundred. They’re under crazy deadline pressure. They need a polished manuscript in ten weeks. There’s like six people in the world who can do a decent book in ten weeks. They need a total pro, an ace, a first-rate, can’t-miss, completely reliable craftsman.”

Benson said, “I love it when you suck my dick. But who are the other five?”

“Let’s not name names. There’s no one better. Besides, the others probably aren’t available.”

“Look,” said Mermelstein, “I’m very good at what I do, but not even I can suck your dick and blow smoke up your ass at the same time. Pick one … Oh, and there’s one other thing you should know about the show. It’s shot in Key West.”

“Key West. The Keys. That’s where they’re shooting, on a tiny island just outside of town. You’d have to spend two or three weeks down there. Expenses paid, of course. It’s eighty-two degrees there now. I just checked.”

Benson, uncharacteristically, found himself at a loss for words. His subversion was suddenly thwarted, his complaints cut off at the knees. Over the course of a long silent moment he glanced once more at the dead plant on the sill, the trapezoids of frost behind it on the windowpanes, then felt an expansion, an opening outward, behind his eyeballs and at the top of his head. Key West! He’d always wanted to go there, had never quite got around to it. Now someone was offering to send him and pay for it; in January, no less. He pictured yellow sunshine, balmy evenings, mangoes. He imagined the coconut smell of suntan lotion on bare and glistening skin. “Key West?” he finally intoned. “Christ, Lou, why didn’t you say that at the start?”

“I was saving it. In case I needed a clincher. The producers want you to spend some time around the set, picking up on, you know —”

“Get the bastards to go the extra fifty grand and I’m on it.”

“I knew you’d say that. I already got you the extra fifty.”

“Love you too. Don’t forget the sunblock.”

Law of the Broken Earth by Rachel Neumeier
Romance: The Damaged Billionaire by Cooper, Jodi
The Last Time She Saw Him by Jane Haseldine
Soul-Mates Forever by Vicki Green
Creeping with the Enemy by Kimberly Reid
One Killer Force: A Delta Force Novel by Dalton Fury
Dark Wood: Legends of the Guardians by Unknown
The Seeker by Karan Bajaj
Chicken Soup for the Dieter's Soul by Jack Canfield
License to Thrill by Elizabeth Cage
Our partner