‘From you, of course. I came to London to seduce you.’

They were the last words he had thought to hear from his wife. Not unwelcome, of course. Merely unexpected. In response, his pulse increased and his mind filled with possibilities.

‘And do not tell me that you do not want a child, for I will not hear of it. Sighted or blind, it will not matter, as long as he has a strong father to show him the way.’

‘And his brothers and sisters as well.’

‘You do not know it,’ she assured him, ‘but brothers, when they are not cutting up one’s peace, are a great comfort.’

‘We do not have one, yet, and you are already planning a family.’

‘And I am quite tired of planning,’ she whispered. ‘Now that you have taught me what it means to act on the desire.’

He gave a weary sigh, as though it was a burden to please her and to hide how perfectly wicked he found her plan, now that he had grown used to it. ‘You are a most trying woman, my Lady Folbroke. If that is all that will please you, then I am tired of fighting you on it. Take me, and get it over with.’

‘As you wish, my lord.’ And she was reaching for
his buttons again. He grabbed for her wrists. He had not expected that she would take him seriously and now things were getting quite out of hand.

‘Emily.’ That had been a mistake. For while the feeling of her hands was making him hard, speaking that beloved name nearly made him lose control. ‘Can you not wait until I might take you to bed?’

She tugged at the end of his cravat with her teeth. ‘I have waited three years, Adrian.’ She pulled her hands up until she could kiss his fingers, sucking the tips of them into her mouth. He released her hands, trying not to imagine the lurid things that he wished to do with the mother of those future children.

He would act on them, in time. Soon, he reminded himself, firmly. Very soon. Just not now. He had a lifetime with her. Surely he could wait a few minutes, until they could go to her rooms. Or his. He withdrew his fingers and ran them over her face, tracing her smile, her cheeks, her jaw, in a chaste examination of each feature. How could he not have known this face? It should have been as familiar to him as his own. ‘You are so lovely,’ he said, trying to fill the void of neglect he had created with a more worthy emotion than lust. ‘If you mean to take the locket from me, then I must find something else to carry, so that I can share your beauty with others while I enjoy it myself. Will you sit for a cameo?’

She stepped with her little slipper-covered feet onto his boots to make it easier to kiss him. ‘What a clever idea.’

‘It is, isn’t it?’ He smiled and ran a finger down her cheek. ‘Something Greek, I think. I see you posed as Athena.’

‘Aphrodite,’ she offered, ‘with bare shoulders.’

He ran his fingers lower, touching her throat. ‘And bare there as well. And here.’ His fingers touched her skirt, still raised and crushed between them, and remembered the treasures exposed beneath it. ‘Perhaps an artfully arranged drape,’ he conceded, stroking diagonally across her body until his hand rested on her bare hip.

‘And you could touch me, whenever you liked,’ she encouraged. And her hands slipped lower again.

‘This is madness,’ he said, without much conviction. ‘Stop it this instant.’

‘Because we are in a salon and not a bedroom. It is not respectful of your brother. It is not proper.’ He tried to think of other reasons. But as she exposed him, stroked him and eased him between her legs, he did nothing to stop her.

‘And I am your wife and not your lover,’ she said, stopping herself. In her voice, he heard the hesitance and resignation that had been there on their first nights together.

She was soft, warm and willing. And he was harder than he’d ever been for her. The contact with her body made every nerve in him tingle with eagerness. The air was full of the scent of lemons, and he was wasting time with propriety. ‘You are both,’ he
said. ‘Wife and lover. Let me prove it to you.’ Then he leaned back against the door, shifted his weight, bent his knees, found her body and lost himself.

The next minutes were a blur. His hand behind her knee. Her leg wrapped around his hip. His hand on her breast. Her mouth on his, kissing as though she could suck the life from him. And their bodies meeting, over and over in subtle, silent thrusts so as not to summon the servants or alert his childhood friend to the delightful debauchery taking place in his home. And all the while, the thought echoing in his head was that most men would give two good eyes for the opportunity to have a woman like this, even for a single night.

But the lascivious creature panting out her climax in his ear was his wife. His Emily. Emily. Emily. And he finished in her with a soul-wrenching shudder, and a single rattle of the door that they rested against. As their bodies calmed, he held her, amazed.

Behind them, the door rattled, and bounced against his shoulders as though someone was attempting to open it. ‘What the devil?’

‘David,’ Adrian said, remembering why he had resisted this interlude. ‘A moment, please.’

‘Folbroke?’ There was a moment of suspicious silence. ‘And I suppose my sister is in there with you.’

‘We are working out our differences,’ Emily said, with the smallest sway of her hips before she parted
from him and let her skirts fall back into place with a rustle.

‘But must you do it in the salon?’ David muttered from the hall.

His wife was giggling into his lapel and smoothing his clothing back into place as he said, ‘My apologies for the momentary lapse of judgement, Eston. It was …’ he rolled his eyes towards heaven for the benefit of Emily ‘… unavoidable. In a moment, we will be retiring to Emily’s rooms, and will bother you no further.’

‘But perhaps you might join us for dinner,’ Emily offered.

‘Later in the week,’ Adrian added.

‘Several days from now,’ she corrected.

From the other side of the door, there was a disgusted snort and the sound of retreating footsteps. Emily burst into another fit of giggling, then she was reaching for him again.

This time he stopped her, ignoring her pouts and the demands of his own body. ‘Lady Folbroke, your behaviour is disgraceful.’ And then he whispered in her ear, ‘And I was a fool to have run from you.’

‘Yes, you were,’ she agreed. ‘But you are my fool, and you will not get away from me again.’

‘Quite true.’ He grinned. ‘Thanks to you, I think I will be the first in a long line of Folbrokes to die in his bed.’

All the characters in this book have no existence outside the imagination of the author, and have no relation whatsoever to anyone bearing the same name or names. They are not even distantly inspired by any individual known or unknown to the author, and all the incidents are pure invention.

All Rights Reserved including the right of reproduction in whole or in part in any form. This edition is published by arrangement with Harlequin Enterprises II BV/S.à.r.l. The text of this publication or any part thereof may not be reproduced or transmitted in any form or by any means, electronic or mechanical, including photocopying, recording, storage in an information retrieval system, or otherwise, without the written permission of the publisher.

This book is sold subject to the condition that it shall not, by way of trade or otherwise, be lent, resold, hired out or otherwise circulated without the prior consent of the publisher in any form of binding or cover other than that in which it is published and without a similar condition including this condition being imposed on the subsequent purchaser.

® and TM are trademarks owned and used by the trademark owner and/or its licensee. Trademarks marked with ® are registered with the United Kingdom Patent Office and/or the Office for Harmonisation in the Internal Market and in other countries. 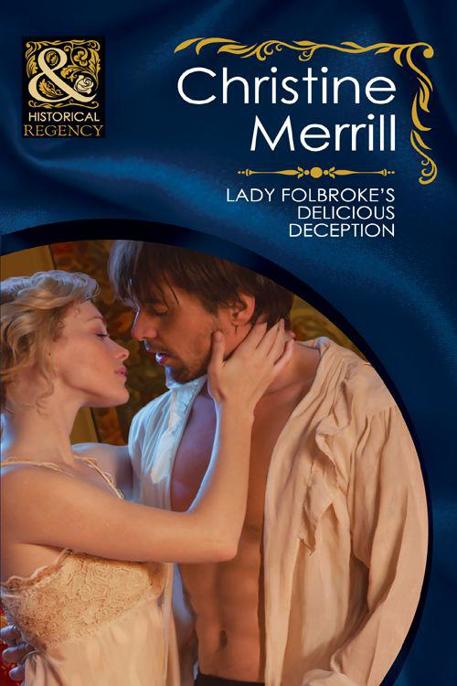 Numbers Don't Lie by Terry Bisson
Blood of Half Gods by Bonnie Lamer
Death of a Friend by Rebecca Tope
The Sorcerer's Return (The Sorcerer's Path) by Brock Deskins
A Darkness Descending by Christobel Kent
CASSIOPEIA AT MIDNIGHT by N.L. SHOMPOLE
Ruins by Dan Wells
The Doctor's Baby Secret by Scarlet Wilson
Hitler's Olympics by Christopher Hilton
One Last Summer (2007) by Collier, Catrin
Our partner