Read Lady of the Rose Online

Lady of the Rose 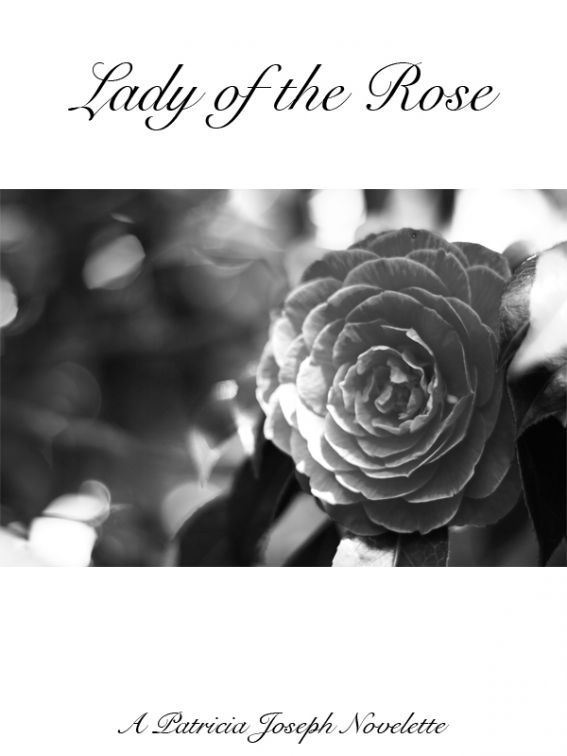 Lady of the Rose

This ebook is licensed for your
personal enjoyment only.
This ebook may not be re-sold or given
away to other people.
If you would like to share this book with
another person, please purchase an additional copy for each
recipient.
If you’re reading this book and did not purchase it, or
it was not purchased for your use only, then please return to
Smashwords.com and purchase your own copy.
Thank you for respecting
the hard work of this author

Too late, Harriet stifled the yawn
and tried to cover it with a demure cough.

Mrs.
York, the Davenport's large,
bustling housekeeper, huffed and expanded with ill-concealed
indignation.
“Well, honestly, Miss Harriet!
I do not like to seem
above my place, but a lady does not yawn in public.”

Harriet refrained from mentioning
that being in her own home with her own housekeeper and her own
sisters hardly qualified as public.
She was about to assure Mrs.
York that she appreciated the advice, certainly, when movement
across the room caught her eye.

“If you haven't the inclination for
going over the week's menus, Miss Harriet, perhaps I ought to take
up such an important matter with the missus,” Mrs.
York's pinched
face brightened with self-importance.

Harriet was watching Lillian, the
youngest of the Davenport sisters, place the embroidery she was
meant to be finishing on top of her head, mimicking the
old-fashioned cap Mrs.
York pinned upon her own locks.
She
scrunched up her own features, as though tasting something sour, in
a perfect imitation of the Davenport's long-suffering housekeeper.
Harriet bit the inside of her cheek to hold back the snort that
threatened to escape.
If a lady did not yawn, she certainly
wouldn't do anything as common as snort.

Not being under Mrs.
York's
scrutiny, Lillian doubled over in silent laughter, the embroidery
floating unnoticed to the ground.
Margaret Davenport, older than
Lillian by only a year, frowned at both her sisters.
Margaret never
could appreciate a joke made at another's expense.

Mustering her sweetest and most
affected smile, Harriet assured the older woman, “Not at all, Mrs.
York.
You are quite right about yawning.
I am blessed to have you
to look out for me.”

Mrs.
York bloomed under the praise
and continued her recitations with renewed vigor, while Harriet
listened to her discuss the potatoes and puddings without any
further slips of dignity.

Having settled the menus to Mrs.
York's satisfaction, if to no one else's, Harriet walked outdoors,
tying her bonnet under her chin as she went.
She chastised herself
for being caught even slightly unawares.
She had been paying scant
attention to Mrs.
York - she had been deciding the menus long
enough to do them in her sleep – but there was no excuse for
allowing herself to slip that way.
Angry with herself, she rushed
through the grounds, finding herself at her appointment earlier
than she intended.
She looked up at the small, thatched house and
was thinking whether she should return later when she spotted a
figure moving behind the patterned curtains.

“Good day, Mrs.
Fischer!” she called
from the pathway.

A round, good-natured face appeared
in the doorway.
“And a good day to you, Miss Davenport,” Mrs.
Fischer waved and beckoned her into the house.
The plump,
gray-haired wife of her father's agent had been baking bread.
The
cottage smelled sweet and yeasty, and Harriet's mouth immediately
began to water.

“Tea for you, miss?” Mrs.
Fischer
appeared, as though by magic, balancing cups and a teapot on a worn
wooden tray.

“Thank you, Mrs.
Fischer.
That
sounds wonderful.
And some of your delicious bread, if it's
ready.”

Mrs.
Fischer disappeared into her
kitchen once again, returning with brown bread on a board, a crock
of creamy, yellow butter, and her husband in tow.

The Davenport's manager was a slight
man with wispy brown hair and slightly bulging brown eyes.
He
dipped in a slight bow before seating himself at the table across
from Harriet.

“How are you, Miss Davenport?” he
asked in his quiet, firm voice.

“And your father?” His eyes showed
his obvious concern, though his voice did not change.

“Better, I believe, but the doctor
says there is no way to know.” Harriet shook her head slightly as
though the motion would clear away the uncomfortable thoughts.
“Is
there anything we need to discuss?”

Mr.
Fischer gave her a slight smile.
“No, miss.
It has been a quiet week.
The Blythe girl has a fever,
but nothing much to speak of.
Problems, such as there are, will
come with the harvest.”

Harriet nodded.
“Thank you, Mr.
Fischer.
And I will see to the girl.
At least, I should bring some
foodstuffs to assist her mother.”

Mrs.
Fischer entered then with a
large basket laden with bread, jars of jam, and a huge wedge of
cheese.

By the time Harriet returned to her
house, it was nearly time for supper.
The Blythe girl was ill but
doing well, and the family had been grateful for Mrs.
Fischer's
gifts and ministrations.

Thornwood Park was quiet in the
approaching evening.
The large house, sprawling and freshly white,
gleamed backlit by the sun.
Ivy trailed over columns and across
porticos, giving the house an easy, charming appearance.
Late
summer flowers bloomed along the paths and under windows.
Harriet
breathed deeply of the warm, fragrant air, relishing in the sight
of her family home.

She let herself in and walked
upstairs to the bedroom she shared with Margaret.
“I know I'm
late,” she said, entering.
“I've been to see the Blythe girl, down
with fever...
Margaret, what has happened?” Harriet rushed to her
sister's side, kneeling beside the chair where she sat.

Margaret was pale and shaking,
staring at a note with red-rimmed eyes.
“I am quite all right,
Harriet,” she said, her voice a whisper.
“I've had a letter from
Lady Whitney.
Her husband has passed away.”

“Oh,” said Harriet.
She did not
especially like their neighbor; Janet Whitney was a vain, insincere
woman, but still, no woman deserved to be a widow at five and
twenty.
“I am sorry, Margaret.
I know you are friends.
Will you go
to her?”

Margaret straightened her shoulders.
“Yes, I must leave for the Hall at once.
She has asked for me
specially.
She has even requested that I stay with her for a
time.”

Harriet nodded.
“I will help you
prepare.”

Harriet and Lillian sat down to a
somber supper that evening with their mother.
Mrs.
Davenport was a
tall, willowy woman with thick auburn hair, which she had passed
down to all her children.
Her features were usually clear, for she
was not a contemplative woman by nature, but tonight she was
sobbing loudly, in apparent distress for the late Sir Whitney's
widow.

“Oh, my poor, brave Margaret!
She is
so good to help that distressed woman!” She sniffed and dabbed at
her sparkling green eyes with her lacy handkerchief.

Lillian, like her sisters, had her
mother's coloring, but she had inherited their father's stout
stature and his sense of humor.
Lillian exchanged a rueful glance
with her older sister, “Indeed, Mother.
Margaret is
wonderful.”

Mrs.
Davenport sighed and clutched
her hands to her breast.
“All my girls are wonderful, but Margaret,
she is the sweetest and best of us all.”

“You brook no arguments from me,
Mother.” Although she was the eldest, Harriet had long thought
Margaret the sweeter and gentler one by far.

Supper continued more quietly after
that.
Mrs.
Davenport even recovered sufficiently from her distress
to ask what her daughters were planning to wear to the dance at the
Conners' a fortnight hence.
When Harriet suggested that perhaps the
Connors would cancel the event out of respect for the newly widowed
Lady Whitney, her mother scoffed, looking offended.

“But they must have the dance, my
dear.
They host it every year.
Life must go on, after
all.”

Harriet took advantage of the quiet
of the evening to knock on the door of her father's study.
“Father,
how are you tonight?”

Her father's still form sat in his
customary favorite chair, legs wrapped in a thick blanket, although
the summer evening was warm.
His head had been propped against the
chair by a pillow so that he remained upright facing the large
window that overlooked the gardens.
He didn't say anything.
He
hadn't said a word since the illness earlier in the spring.
An
apoplexy, the doctor had said.

She sat in the chair opposite her
father's shrunken and motionless figure.
His mouth drooped on the
right side and a strand of spittle gathered at the corner.
Harriet
pulled out a handkerchief and gently wiped her father's face.
She
smiled and began to talk to him of her day, of his tenants and
lands, of anything she could think to say.
It was at her request
that the stable lad, being the only one strong enough, brought her
father down to the study every morning, and then returned him to
his bed every night.
The study had always been his favorite room,
the place where he had conducted business, and she had thought it
the best place for him to spend his days.
She made sure to visit
him there at least once a day to apprise him of the running of the
estate, and to visit him and keep his company.
He had not yet
spoken to her, nor even so much as looked in her direction, but
everyday as she rose to leave, she placed her hand under his, and
she was almost certain she felt a small pressure in
return.

Margaret had been at the Hall for
several days without word to her sister beyond a note relating a
safe arrival and the depth of Lady Whitney's distress, so when a
note arrived for Harriet a week after Margaret's departure, Harriet
assumed it was the long-awaited letter.
When she opened it,
however, she was greeted not by her sister's tidy lettering, but by
a different hand altogether.

Let me begin by telling you how
much your sister has meant to me during the difficult days
following Sir Frederick's passing.
She is truly a light in the
darkness.
You may wonder why I am penning this note, rather than
your darling sister, and I must regretfully inform you that an
accident has befallen her.
I will assure you that she is in no
danger, but she must not yet be moved.
The doctor has come and gone
and says that there is nothing to fear for her general well-being,
but that she needs rest and quiet.
She is asking for you, and so
must I.
At your earliest convenience, I would like you to come to
stay at the Hall for the remainder of her convalescence.
I
remain,

Harriet had barely finished the
brief note before she was calling for her maid,“Sally!
I'm going to
the Hall, and I may be gone for several days.
Tell Joseph to saddle
a horse.
And tell him not to bother with the carriage, I won't wait
for it.”

Hardly a half hour later, Harriet
was riding as quickly as the brown mare would carry her to the
Hall.
It was under two miles distant, but today, knowing Margaret
to be in trouble, it felt ten times that.
The pins were falling
loose from her thick, auburn curls, her hair streaming wildly
behind her.
She leapt down from the horse without awaiting a groom
and rushed to the door.
A thin, wiry man opened the door to her
knock, and she brushed past him without waiting for an invitation,
nearly colliding with another man who stood in the hall.