A strange sense of déjà vu enveloped her.

Although the name might be somewhat coincidental, she had certainly never seen the cards before today. She wondered if they were Jamie’s, although it would be yet another in a long line of coincidences she and Jamie shared. Bobby G was her father’s stage name.

After her parents had divorced, Annie had taken on her mother’s maiden name of Franklin. But she didn’t recall her father ever using his true surname. Apparently, Greaves didn’t lend itself much to a stage persona. She stared at the scribble, brushing a finger over the heavily scribed black ink. It appeared as though someone had written and rewritten it, over and over again, making sure the name was an indelible part of the notebook.

Funny, but she’d begun to think about her dad lately …

He was going to be a grandfather and she didn’t even know where he was.

Setting the book aside, she rifled through the remainder of the items: A pack of well used playing cards, a handful of Susan B. Anthony silver dollars, a few half melted, warped forty-five singles, two eight-track tapes and a J.R.R. Tolkien book: “The Hobbit.” She picked up the dog-eared book and flipped through it idly, thinking that maybe she should reread it sometime. As she turned the pages, a faded Polaroid photo slipped out of the book and fell at her knees.

Annie’s heart beat a little faster as she picked up the photograph to inspect it. It was a photo of a young boy standing next to a baseball trophy that was nearly taller than he was. His face was eerily familiar. The woman standing beside him was familiar, too. She peered down at the boy lovingly, her arm encircling him, her hand resting on his shoulder. He was grinning broadly, obviously proud of his accomplishment.

Chills raced down her spine and she clutched the photo to her chest.

Leaving everything exactly where she found it, Annie hurried downstairs to the backyard. “Jamie!” she shouted.

He peered up from his work on the hull of the boat.

“Who owned this house before you?” she demanded, holding the photo out with hands that shook.

Realizing she was a little frantic, he dropped everything and met her halfway across the yard, his arms going around her protectively.

“I don’t remember exactly. All I know is the family moved away and was holding on to the house, hoping to come back someday. After Hugo, they decided to let it go. Too much damage and no money to fix it.”

Tears fell silently down Annie’s cheeks. She shoved the photo toward his face, a wave of emotion nearly choking her words. “This … is my grandmother … and my father!”

Jamie stared at the faded photo. “Sweet Jesus,” he exclaimed softly, meeting her gaze. “Where did you find it?”

He didn’t bother chiding her for going up there, realizing the import of her discovery. “When I bought the house, there was a lot of damage. I renovated it extensively but the attic was pretty much intact. I don’t think I ever went up there until after we moved in and then only long enough to shove a few boxes up there.”

They shared a knowing look.

“Holy crap,” he said. “I guess it’s not just turtles and salmon that come home to nest. So what do you want to do?”

Annie brushed away her tears and smiled up at him. “Some naked guy I once met once told me I should listen more closely to the Universe … so that’s what I’m going to do.”

He turned her around and led her back to the house, scratching his head. “Shocking!”

“Hell no! That you listened to a naked guy!”

As they walked, she slid her arms around her husband’s waist. “Not as shocking as the fact that I married him.”

“Lucky man!” he said as Lady came up and shoved her nose beneath his hand.

“Lucky me,” Annie said as she watched him pet their dog. “He used to be a real lady’s man.”

Jamie chuckled and reached down to rub her belly. “I’m pretty sure he still is. I hear he’s got two women already and another on the way.”

He gave her a smile full of promise and said, “I think we’re going to need a bigger sailboat.” 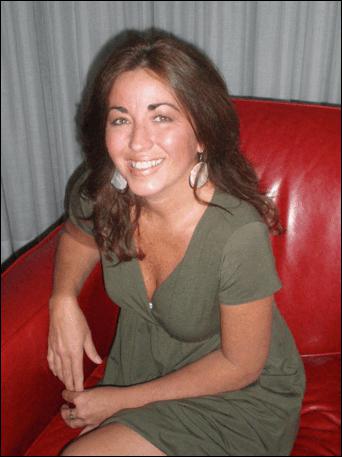 Tanya is a New York Times best-selling novelist and her novels have been translated into
Spanish, German, Italian, French, Russian and Chinese
. Her next novel, a romantic suspense, is due to be released early 2013 by Kensington Publishing Corp.

Keep up with Tanya

Rest For The Wicked by Cate Dean
Backstage Pass by Ryan, Nicole
Bound in Darkness by Cynthia Eden
Flat Spin by David Freed
Ashwood Falls Volume Two by Lia Davis
Justification For Killing by Larry Edward Hunt
Debatable Land by Candia McWilliam
Biding His Thyme: 4 by Shelley Munro
The Copper Horse #1 Fear by K.A. Merikan
The Game by A. S. Byatt
Our partner