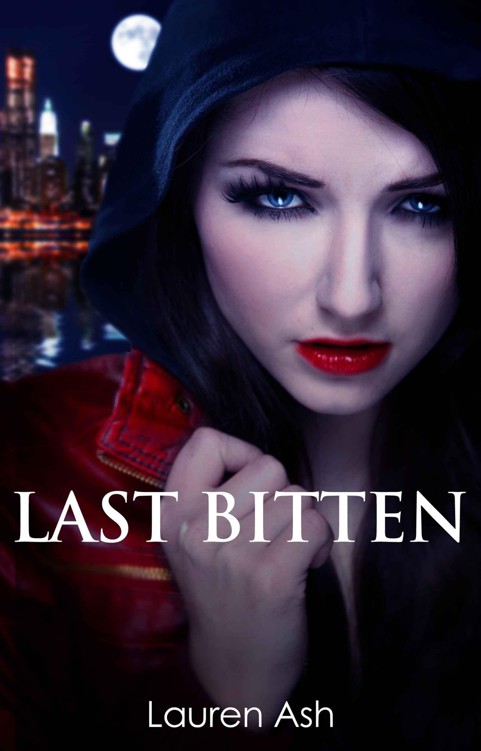 The Emerald Night Series
, Book One

This is a work of fiction. All characters and events in this book are products of the author’s imagination or used fictitiously. Any resemblance to actual events, locales, organizations, or persons, living or dead, is entirely coincidental.

All rights reserved, including the right to reproduce this book, or portions thereof, in any form without written permission.

T
he night was turning into something of a disaster. She closed her eyes and endured the pain.

Hana laughed, “You were
. You’re so freakin’ fresh, it’s not even funny. I’ve never met a twenty-year-old virgin in my life.”

“Shut
— Up— Already— About that. God. I’ve done everything else. Does that not count for something?”

The line shoved up against them as they inched along into the hottest club along the Seattle
waterfront—Johnny’s—the big, green, neon sign blinked ahead of them bringing on a feeling of angst, of boys, of trouble, of fun, and best of all—of booze.

Nia ran her fingers through her long
, black hair again, giving it a tussled look.

“You look hot okay
. I knew that skirt would suit you; stop fussin’ already.” Hana applied her third coat of pink gloss, checked her bright, sparkly-blue eye makeup again, clicked the Clinique powder case closed, and shoved it in her fluorescent-pink bag. She was in a tight, black, spaghetti-strapped dress with stilettos that could bring any man to his knees. She was blonde. She was bad. At least that’s how Nia saw her friend.

“I just don’t usually wear things this tight
. I’m like a tramp in this outfit.” Nia pulled the zipper up higher on her red leather jacket and pulled up her hoodie.

“You need to get laid so bad
, you don’t even know it.” Hana teased.

“I don’t need men
.” When Nia said the words, a set of stunning, green eyes caught her as she glanced back at the long line of moonlit misfits behind them. The emerald set vanished just as quickly as they found her.

“We’re going to find you someone older this time
. I don’t know what it is about older men. These college boys just don’t make the cut sometimes. They’re like drunken dogs, humping anything they can get their paws on. Sophistication. I can spot it a mile away. And a big one. I can tell that too.” Hana ran a thumb confidently under a strap.

Nia burst out laughing
, feeling lightheaded all of a sudden. Was it the cold gust of the Puget Sound or something else? She crossed her bare legs. “I’m not getting out of this, am I?”

“I guess I’ll just
lie down and take it then.” Nia watched for those same pair of emeralds. She couldn’t shake them out of her of mind—even though it was just a second that she saw them—but there was nothing, just the blank-faced centipede mass undulating along.

“ID
.” The bouncer was typical: big in size, a shiny bald head, tight black V-neck, and black pants. The new best friends and college roommates handed their plastic pieces over. He handed Hana back hers, but faltered on Nia’s, looking her right in her cobalt-blue eyes.

Lowering her head, Nia found herself saying a quick prayer
.
Why am I praying to get into a club?
She interrupted her thoughts and looked Mr. Clean straight in the eye.

Nia
had been holding her breath, and she slowly let it out. Hana gave her a friendly nudge, handing over the green and yanking her into the dark.

The bass rumbled
against the bodies that struck out against the flashing blue and white strobe lights. Nia and Hana were caught in the wave of salt and sweat that crashed them in only one direction—the bar. It had the same flashing, green-neon light over it as the sign outside. It was the drive behind the sin:
Drink and thou shalt See.

“What do ya want?”
Hana yelled.

Hana
signaled the bar angel, who was in a short, red corset dress to match her hair, which was treated with something to bring the red out against the black light that mused above.

Focused
on the angel’s glowing, red lips, Nia sipped from the rocks glass that was slipped in front of her. “This isn’t rum.” It burned, whatever it was.

Watching Hana was fun
. Nia just squished along after the brown-eyed beauty as they eked a path towards on open black, circular standing table. There were dozens of them lining the outer rim of the dance floor. It was a ploy to suck them into the demon pit in the center, where a male could have what he wanted and girl could pretend she didn’t. But the boys knew otherwise in the bump and grind.

The gin hit hard
. Nia giggled a little as two such boys approached their table.

“Ladies, care to join us?” t
he tall, dark one said, like he’d done it a hundred times before.

Nia looked at Hana for
the response, unable to wipe her innocent, red smile away.

“
What about you then?” The dark one turned shifting his dark-brown eyes to Nia. He was an Italian mix of some kind.

“What she said,”
Nia squeaked, dying for a giggle.

“What? You can’t think for yourself?” He was growing impatient with the two fem
me fatales.

“Back up the truck now
, honey buns. We’re not interested. Scat,” Hana shooed them away with her long, pink nails. They finally took the hint and moved on to their next victims.

“He was cute
. What was wrong with him?” Nia leaned in close to Hana, as she was tired of yelling above the noise.

“Playing hard to get. We can’t just go for the first lot. I don’t care what they look like. Anyway, he had a small one. I’m tired of small ones. They just don’t do it for me anymore. I’d rather have an average boy with a big one, than a looker with a small one.”

“You’re stuck on cock tonight,” said Nia
, seeing a flash of green amongst the sea of dancing sinners.

“Yes
, I am,” said Hana, downing the rest of her gin. She took an ice cube and sucked on it with her sparkling, pouty lips, giving Nia a seductive glance.”Now you do the same, so we can dance already.”

“Here we go
.” With a quick tilt back, Nia swallowed the rest, slammed the glass back down, and let her new friend lead her out into the hot pit.

Dead center was where it was at
. Hana knocked Nia’s hood down, and the two danced like they were more than just lovers. The music pumped through, within, drowning out all thoughts of the real world and their real problems—college, money, the busy barista job, overbearing mothers, ex-boyfriends, and the dorm-room rat. It was
screw all and let’s have a ball.

Struck by love, Nia lost her breath, lost her mind
.

Hana pulled back at Nia
jealously, like she was in it for more than just the boys.

The green eyes flashed red
, and Nia blinked—surprised, confused. Hana, dazed by the color change, let go of her dear friend as she was yanked away by a tight ball of yarn who had been eyeing her. The girls gave in to their boys, and Nia found herself in the grips of a tall, firm body with black, spiky hair that matched her own, lips ready to kiss, and features so sharp, he could have been the new Brad.

She want
ed to die right then and there, he was so hot. Nia looked down, but he forced her chin up, forced the first kiss as he rocked her V against his hard mate below.

A warm lust washed
over her as her mind blanked out and their tongues met. He prodded her above like he wanted to below—oh how she wanted him to take her someplace else. Any place else, so they could.

It was like he could read her every thought
. He withdrew from the kiss, held her eyes in his, and stopping dead center in the dance floor, his body said, “Come with me.” His lips didn’t move. It was like a thought transferred from one mind to another. “With your permission . . .” He smiled. He taunted.

Sex Position Sequences by Susan Austin
Owned By The Alphas: Part Three by Faleena Hopkins
Almost Persuaded: Miss Mary King by P. O. Dixon
Neverland Academy by Daelynn Quinn
The Secret Fire by Whitaker Ringwald
In Great Waters by Kit Whitfield
All About the Money (A Jesse Watson Mystery Series Book 7) by Ann Mullen
The Recruiter (A Thriller) by Amore, Dani
The Guardian Herd by Jennifer Lynn Alvarez
House of Smoke by JF Freedman
Our partner