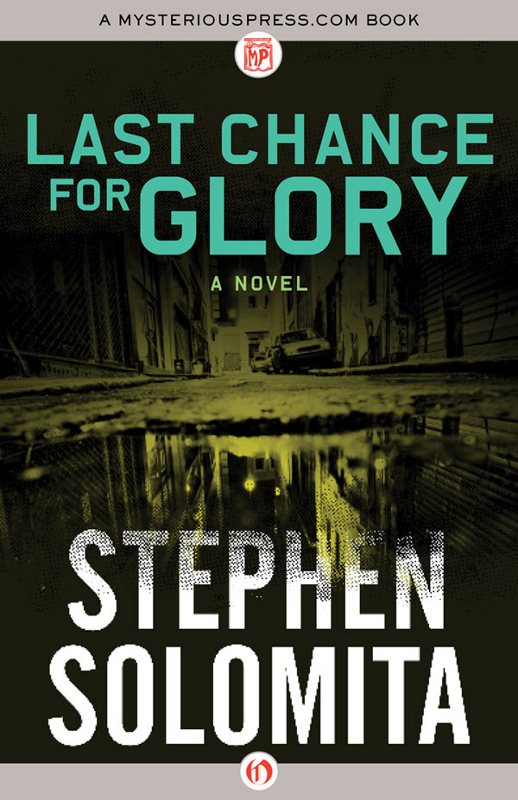 I need to thank an old friend of mine here, Dr. Alan Bindiger. Thinking back, I can’t recall finishing a single book without consulting him at some point. I inevitably found him patient, knowledgeable, and curious. From my point of view, that’s an unbeatable combination.

T
HE HOWL BEGINS AS
a single note in the upper range of a polished contralto. It holds steady for a moment, then slowly rises through the octaves, finally disappearing somewhere beyond the range of the human ear. Melody Mitchell, asleep in her bed, tries to incorporate the howl into her dream, hears it as a distant siren on a deserted city street. She visualizes the headlights of an ambulance rushing to an emergency, sees wet roads, red and blue reflections on rain-slick asphalt.

It doesn’t help, though. It never does. The howl begins again, proceeding from the same note to the same emptiness, then drops to a soft moan as the covers begin to slide across her back.

Even half-asleep, still pulled by the fading edges of her dream, Melody Mitchell is not shocked by the liquid brown eyes that meet hers when she lifts her head from the pillow.

“You’re gonna be the death of me, Roscoe. The absolute death,” she mutters.

Roscoe, undaunted, does a little dance, the moan now transformed into a series of sharp barks.

My fate, Melody thinks. Other middle-aged women have husbands and children; I have a geriatric Doberman with a weak bladder.

She shrugs into a long, goose-down coat, jams her feet into fleece-lined boots, snaps the leash onto Roscoe’s collar.

“Roscoe,” she repeats, “you’re gonna be the death of me. No doubt about it. And don’t give me that look. What I should do is swap you for a girl dog. At least they pee all at one time. They don’t have to wet every hubcap on the block.”

She steps out of the elevator to find Petya already holding the door. The rumor, among the residents of 551 Gramercy Park North, is that Petya, instead of protecting the shareholders from New York predators, sleeps the night away. If that’s the case, Melody has yet to catch him at it.

“Is late, Miss Mitchell. I am thinking for once dog waits till morning.”

“No such luck, Petya. What’s it like out there?”

Petya arranges the crags and crevices of his battered, Russian face into what Melody can only see as a look of resigned martyrdom. The saint tied to the stake, already smelling the acrid stink of smoldering pine.

Urged along by a now-desperate Roscoe, Melody heads directly for the curb. A stiff wind brings tears to her eyes.

“Please, Roscoe, don’t take all night with this. It’s awful cold out here.”

Roscoe lifts his leg obligingly, then freezes in place. A low growl rumbles deep in his chest. Melody looks down for a moment, then follows the dog’s eyes to the middle of the block. She sees a man in a dark overcoat standing next to a polished Mercedes. The man turns and looks at her for a moment, then walks away.

“Hush, Roscoe. It’s nothing. A man parking the car.”

Roscoe, in apparent agreement, lets go, drenching the bumper of a rusting Toyota.

They make their way along the row of parked cars, Roscoe pausing every few yards to sniff the pavement. Melody, now thoroughly awake, grows more and more impatient. Her feet are freezing.

“One more chance,” she warns as they come abreast of the Mercedes, “and back you go.” She looks through the window, wondering, as New Yorkers will, if the man she saw was a thief.

Not likely, she thinks. He was too well dressed to be after a radio. Or even the whole car.

The street lamps throw a light somewhere between amber and beige. The tone efficiently filters the sharp urban edges, blending light and shadow into a smooth continuum. Nevertheless, even without looking twice, Melody is certain that what she sees lying on the backseat is the blood-soaked body of a naked woman.

Melody Mitchell is sitting in front of the TV, her eyes propped open. A mug of useless coffee rests on the end table. She is watching a C-Span re-telecast of the prior day’s proceedings at the House Ways and Means Committee. She doesn’t comprehend a word, wishes only for her bed.

When the buzzer finally sounds in her apartment, she is angry enough to say, “It’s about time.” That’s not her style. It’s not
the
style for a forty-eight-year-old, Barnard-educated WASP. On the other hand, it isn’t every day that a bull-necked cop in a cheap suit orders you to remain awake.

“I got a few more questions, but I wanna get a look at the body before the ME takes it away.”

That from a flat-faced detective with a huge nose and hair so fine that even cut within an inch of his broad, square skull, it lies flat against his scalp. Detective Kosinski.

“I’ve already spoken to Detective Brannigan. I don’t believe I have anything to add,” she’d quite properly responded.

“Let me be the judge of that, Ms. …” He’d looked down at his notebook. “Mitchell. This here is a homicide. You know? Like a person dead from murder. You do wanna help, right?”

Melody opens the door to find Detective Kosinski’s small, blue eyes staring through the back of her head. Brannigan is right behind him.

Kosinski strides into the living room and plops himself down on the sofa. Brannigan shrugs, half-smiles, and follows.

“Don’t bother with coffee,” Kosinski says. “This shouldn’t take long.” He looks at his partner, manages a tight grin. “Cut to the chase, right?”

“Start at the beginning,” Kosinski demands. “What you were doing on the street at two-thirty in the morning. What you saw. How you saw it. Like that.”

Melody Mitchell clears her throat, tries to swallow her mounting anger. They’re treating me like a criminal, she thinks.

“I’ve already given that information to Detective Brannigan.”

“Yeah, well, maybe you forgot somethin’. I gotta hear it for myself.”

Melody doesn’t know whether her sarcasm flew over Kosinski’s head or merely bounced off his thick skull, but there being no sign that it penetrated, she decides to give him what he wants. It’s that or refuse all cooperation, which she cannot do. A crime has been committed, a woman murdered and probably raped. Melody can trace her ancestry back to a time when the Dutch ran New York City, an inheritance that includes responsibility and obligation along with its many perks.

She goes through it once again—the aging dog, Petya in the lobby, the growl, the man by the Mercedes, the blood, and the body.

“The man was of average height or maybe a little above. Average build, too. His hair was thick and dark, as were his brows. Something like Detective Brannigan’s. He was wearing a dark, expensive-looking overcoat. It might have been blue or black or brown. How can you tell with those orangey streetlights? Dark is all I can say about it.”

“What color was
he?
White, black, brown?”

“What was he doing next to the car?”

“Nothing I could see. He was just standing there. Then he looked at me.

“Not that I remember.”

“I don’t remember a knife.”

“And the door wasn’t open?”

“No. I’m sure about that. He looked at me for a moment, then walked away. If he’d closed the door, I would have heard it. I’d remember.”

“How long did he look at you?”

“So it could have been ten or fifteen seconds.”

“And he could have had a set of keys in his hand.”

“It’s possible. I wasn’t looking at his hands.”

“Could you identify him if you saw him again.”

“C’mon, Ms. Mitchell. You stared at him for fifteen seconds. Try to remember.”

“I
am
trying, Sergeant Kosinski. And I resent your suggesting that I’m not.”

Melody watches Kosinski and Brannigan exchange a knowing look. Male bullying, she thinks, in the guise of male bonding.

“No offense,” Kosinski says, turning back to her. His mild voice proclaims the fact that
he,
at least, is not offended. “See, it’s like this here: Witnesses remember much more than they think they remember. It’s just how you can get to it. What’d be best is that you come into the precinct tomorrow and look at some mug shots. We’ll get a police artist, work up a sketch. Meantime, try to fix this guy in your head. Remember whatever you remember, then add to it. You don’t know what you might come up with if you put your mind to it. Believe me, I got a lot of experience in this matter.”

“I don’t like nothin’ about this, Tommy,” Bela Kosinski informs his partner. “Not a fuckin’ thing. I don’t like fuckin’ Queens. I don’t like fuckin’ parking lots in Queens. And I don’t like bein’ ordered out to a parkin’ lot in Queens by a fuckin’ slimeball captain. Look around yourself; there ain’t a white face within five miles. So what are we doin’ parked here with the lights off?” He pauses, then answers his own question. “What it feels like to me—and I got experience with this—is a setup. Maybe Internal Affairs. Maybe the headhunters.” He runs his fingers through his short hair. “I’m two years away from the magic pension. I don’t need this.”

What Tommy Brannigan wants to say is stop being an asshole. Somebody offers to hand you the key to an unsolved homicide—the actual name of the perp, for Christ sake—what you do is kiss their ass. When that somebody is also a captain who can help you in a hundred ways, you keep on kissing until your lips fall off. And you don’t complain, either. No, what you do is remember to thank the Lord Almighty when you say your beddy-bye prayers.