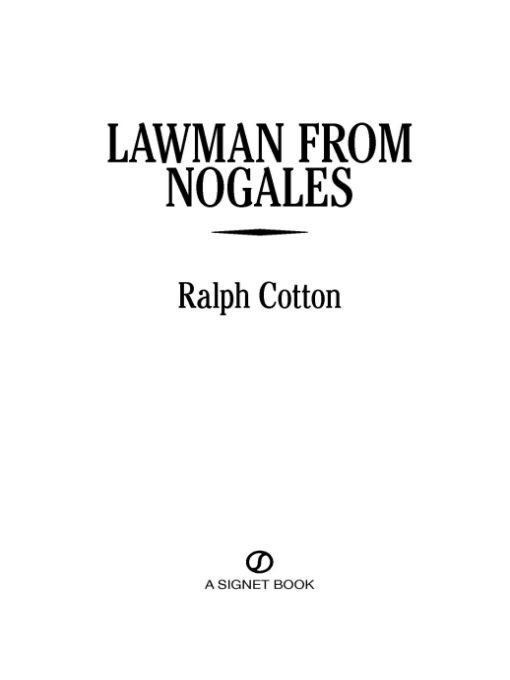 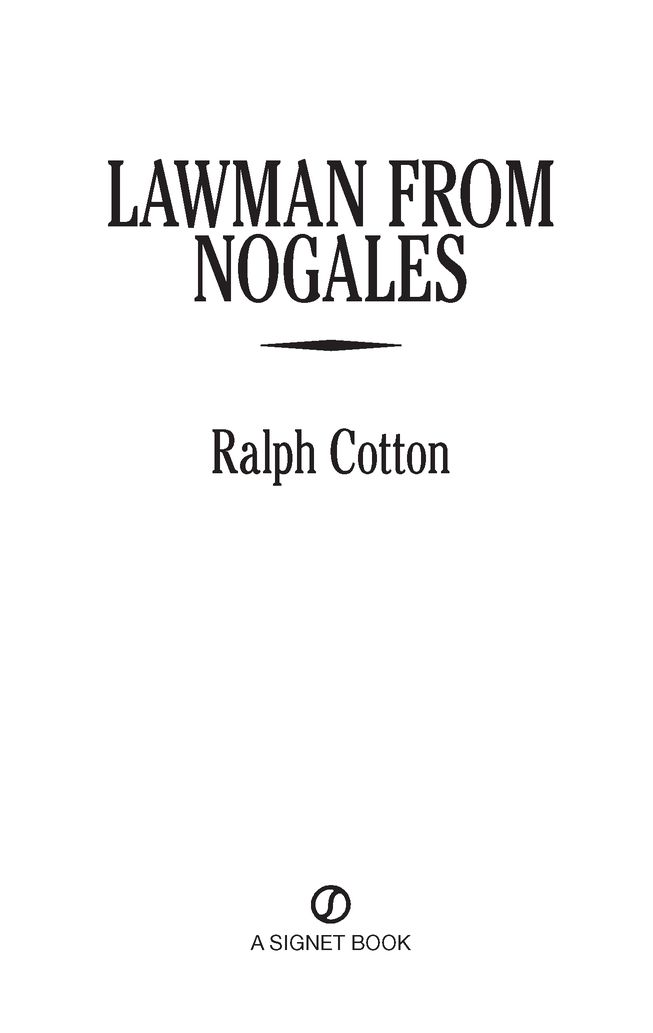 REGISTERED TRADEMARKâMARCA REGISTRADA
Without limiting the rights under copyright reserved above, no part of this publication may be reproduced, stored in or introduced into a retrieval system, or transmitted, in any form, or by any means (electronic, mechanical, photocopying, recording, or otherwise), without the prior written permission of both the copyright owner and the above publisher of this book.
PUBLISHER'S NOTE
This is a work of fiction. Names, characters, places, and incidents either are
the product of the author's imagination or are used fictitiously, and any
resemblance to actual persons, living or dead, business establishments,
events, or locales is entirely coincidental.
The publisher does not have any control over and does not assume any responsibility for author or third-party Web sites or their content.
The scanning, uploading, and distribution of this book via the Internet or via any other means without the permission of the publisher is illegal and punishable by law. Please purchase only authorized electronic editions, and do not participate in or encourage electronic piracy of copyrighted materials. Your support of the author's rights is appreciated.

Sierra Madre Occidental, Mexico
Â
Arizona Ranger Samuel Burrack rode toward Rosas Salvajes on a copper-colored black-point dun. He'd left Black Pot, his Appaloosa stallion, boarded at the Ranger badlands outpost near Nogales. Though he didn't like leaving Black Pot behind, there was no denying that the stallion needed a rest. Besides, he reminded himself, the black-point dun had proven itself with distinction time and again in this dry desert furnace.
How long had he been down here? Two months . . . ? Longer . . . ?
He'd lost track of time since he'd crossed the border at Nogales to begin his search for Luis and Teto Torres and their
Asesinos de Arma
, or Gun Killers Gang. But it didn't matter. It wouldn't matter until the job was done.
He knew that time was the first civil element a lawman needed to shed once the Arizona Territory border fell out of sight. This was not his first trip into the wilds of Mexico in search of bad men, and he didn't want it to be his last.
The dun turned quarterwise on the loose sandy hillside and shuffled down it in a stream of spilling gravel and a rise of dust. At the bottom of the hill, Sam patted the horse's withers for a job well done and rode on toward Rosas Salvajes, or Wild Roses. In the near distance, adobe, plank and stone buildings rose out of the wavering sand flats stretching out before him.
The weathered buildings stared out at him from behind the half-circling remnants of an ancient fortress wall, which was left over from the Spanish, who had built and ruled the village with iron fists. Roofs of clay tile, tin and wood shingles stood glaring from within a bed of white sand and blinding sunlight. He looked away to protect his eyes.
Three of the Torres gang lay dead in his wake over the five-hundred-mile stretch from Sonora to Durango.
The first to fall had been an Arizona outlaw named Jake Furrows. Sam had left him dead on a side street out in front of a cantina on the outskirts of Sonora, a single bullet through his heart. The second Gun Killer member was a Mexican gunman known as El Lagarto.
The Lizard
. . . , Sam thought, touching the heels of his boots to the dun's sides.
He had killed the Lizard in the fishing village of Punta de Pescado on the sandy coast of the Gulf of California, lingering long enough to watch as a gathering crowd of fishermen's wives picked through the dead man's saddlebags and clothing before dragging him away beneath a flock of jabbering seagulls.
The third Gun Killer he'd crossed off his list had been an Arkansan named Lloyd Grelow, also known as the Fort Smith Kid. Sam had found the Kid waiting for him halfway up the long set of stone steps leading to the ancient and majestic SueÃ±os HermososâBeautiful DreamsâBordello in Durango. The Kid had stood above him on the stone steps, holding a pair of twin sawed-off shotguns in his hands. The young Ranger couldn't imagine why the Kid had done that, chosen shotguns, when a perfectly good ivory-handled Colt stood in a holster on his hip. But that had been his call.
Sam shook his head thinking about it.
He also had no idea why Grelow chose such a place as the Beautiful Dreams Bordello for such a reckoning, though he supposed that didn't matter either. Lit up high on ground cocaine and peyote, the Kid had not been in his right mind. Sam remembered the Kid's wide eyes shining down at him like black, wet glass.
“Ever think you'd die on your way up to a whorehouse, Ranger?” he'd called down to Sam. White cottony spittle clung to either corner of his lips.
Sam hadn't answered. How could he have replied to such a question as that? He'd been more concerned with those two double barrels on the steps above him than he was in making conversation. The Kid held the shotguns propped upward on either hip, poised and ready. Well . . . almost ready, Sam reflected.
The first thing Sam had noticed was that the big shotgun hammers weren't cocked, and that was all he needed to see. Just as the Fort Smith Kid's thumbs went over each set of gun hammers respectively, the Ranger raised the big Colt he'd carried cocked and hanging down his thigh beside his empty holster.
Without a word to the Kid, Sam had taken quick but careful aim, making sure his shot had his full concentration. Then he'd squeezed the Colt's trigger with finality.