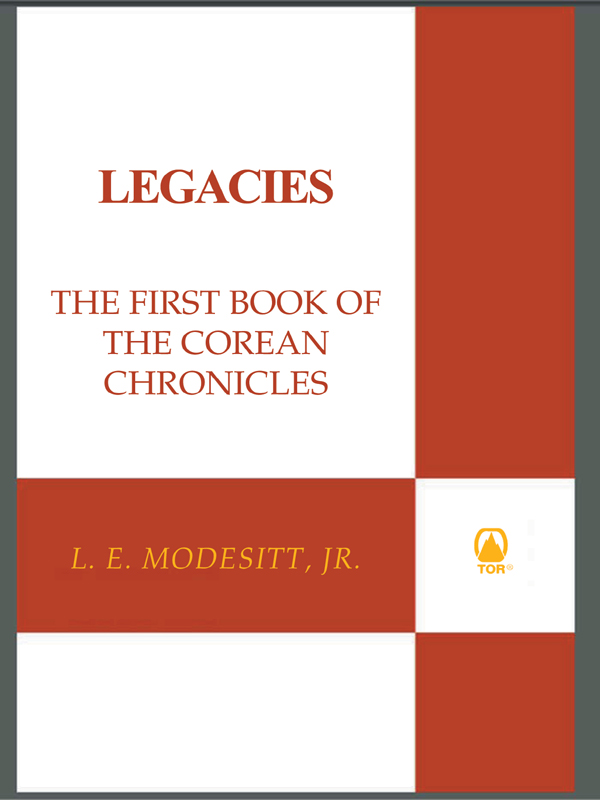 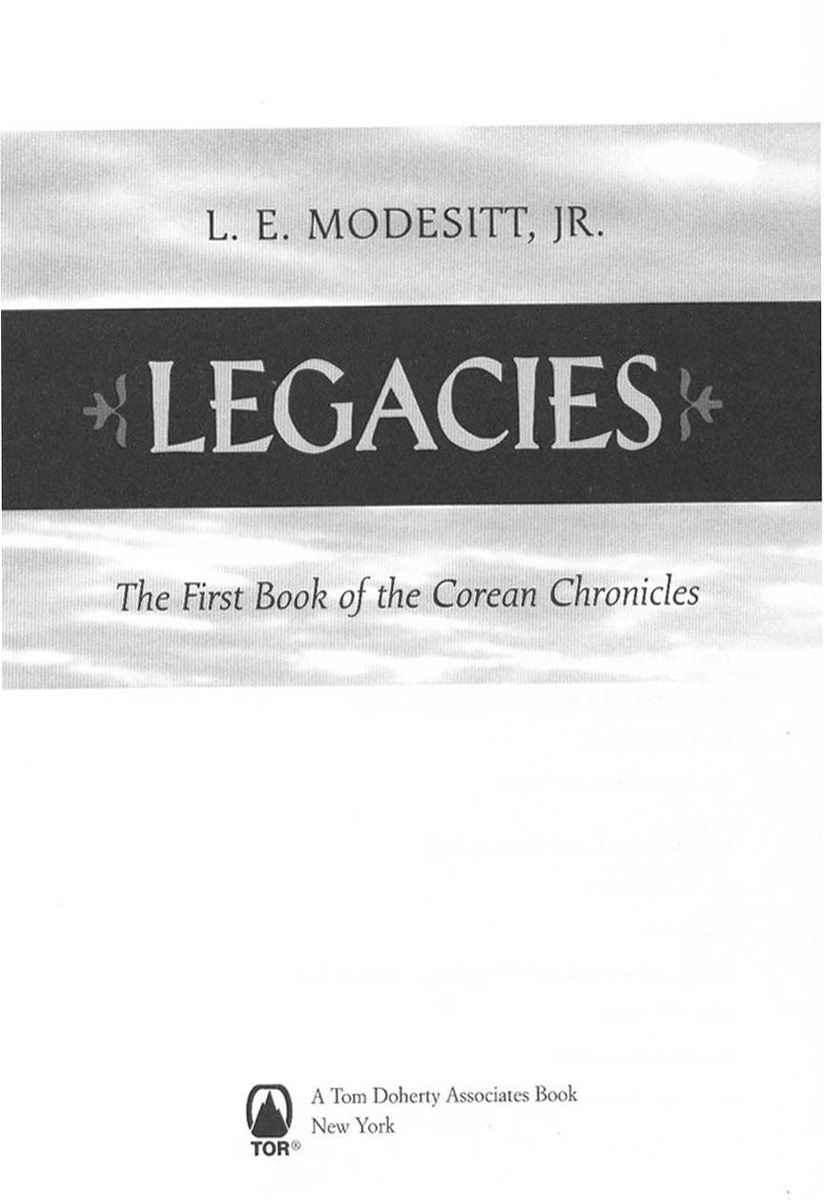 Copyright infringement is against the law. If you believe the copy of this e-book you are reading infringes on the author's copyright, please notify the publisher at:
us.macmillanusa.com/piracy
.

To Kristen:
For quiet competence and the ability to see the best in every situation

I.
A Legacy Promised

I.
A Legacy Promised
1

In the quiet of the early twilight of a late summer day, a woman sat in a rocking chair under the eaves of the porch, facing east, rocking gently. Except for the infant she nursed, she was alone, enjoying the clean evening air, air swept of sand grit and dust by the unseasonal afternoon rain. So clear was the silver-green sky that the still-sunlit Aerlal Plateau stood out above the nearer treeless rise that was Westridge, stood out so forcefully that it appeared yards away rather than tens of vingts to the north and east.

She rocked slowly, looking down at her nursing son, a child already with dark hair, more like deep gray than black. Through the open windows set in the heavy stone walls, she could hear the occasional clatter of platters being replaced in the cupboards, and the squeak of the hand pump.

The glittering and scattered light reflected from the quartz outcroppings on the top edge of the distant and towering plateau died away as the sun dropped farther. Before long, pinlights that were stars appeared, as did the small greenish crescent that was the moon Asterta. The larger moon, Selena, had already set in the west.

She brought the infant to her shoulder and burped him. “Thereâ¦there, that's a good boy, Alucius.” Then she resettled herself and offered the other breast.

As she began to rock once more, a point of light appeared off the north end of the porch, expanding into a winged feminine figure with iridescent green-tinged silver wings. The nursing mother blinked, then turned her head slowly. For several moments, she looked at the soarer, a graceful feminine figure somewhere in size between an eight-year-old girl and a small young womanâexcept for the spread wings of coruscating and shimmering light, which fanned yards out from the soarer's body until it bathed both mother and infant.

only soarer in the night

have this wish I wish tonightâ¦”

For a long moment after she had completed her wish, the woman watched. The soarer's wings sparkled, their movement seemingly effortless, as she hung in midair, in turn watching mother and child, less than twenty yards from the pair on the porch. As suddenly as she had appeared, the soarer was gone, as was the green radiance that had emanated from her.

Slowly, the woman murmured the old child's rhyme to herself.

“Londi's child is fair of face.

Tridi's child is wise in years,

but Quattri's must conquer fears.

while Sexdi's knows right from wrong.

Septi's child is free and giving,

but Octdi's will work hard in living.

Novdi's child must watch for woe,

while Decdi's child has far to go.

But the soarer's child praise the most,

for he will rout the sanders' host,

and raise the lost banners high

under the green and silver sky.”

She looked beyond the north end of the porch once more, but there was no sign that the soarer had ever been there.

Within moments, the door to the house opened, and a lean man stepped outside, moving near-silently toward the woman in the rocking chair. “I thought I saw a light-torch out here. Did someone ride up?”

“Noâ¦” She shifted the infant and added, “There was a soarer here, Ellus.”

“She was out there, just beyond where you put the snow fence last winter. She hovered there and looked at us, and then she left.”

“Are you sure, Lucenda?” Ellus's voice was gentle, but not quite believing.

“I'm quite sure. I don't imagine what's not there.”

Ellus laughed, warmly. “I've learned that.” After a moment, he added, “They're supposed to be good luck for an infant.”

“What did you wish for.”

“I can't say. It won't come true, and I want it to come true for Alucius.”

Lucenda smiled. “Probably it is, but let me have it.”

He bent over and kissed her forehead. “For him, as well as for you.”

Then he pulled over the bench and sat down beside her as the evening darkened into night.