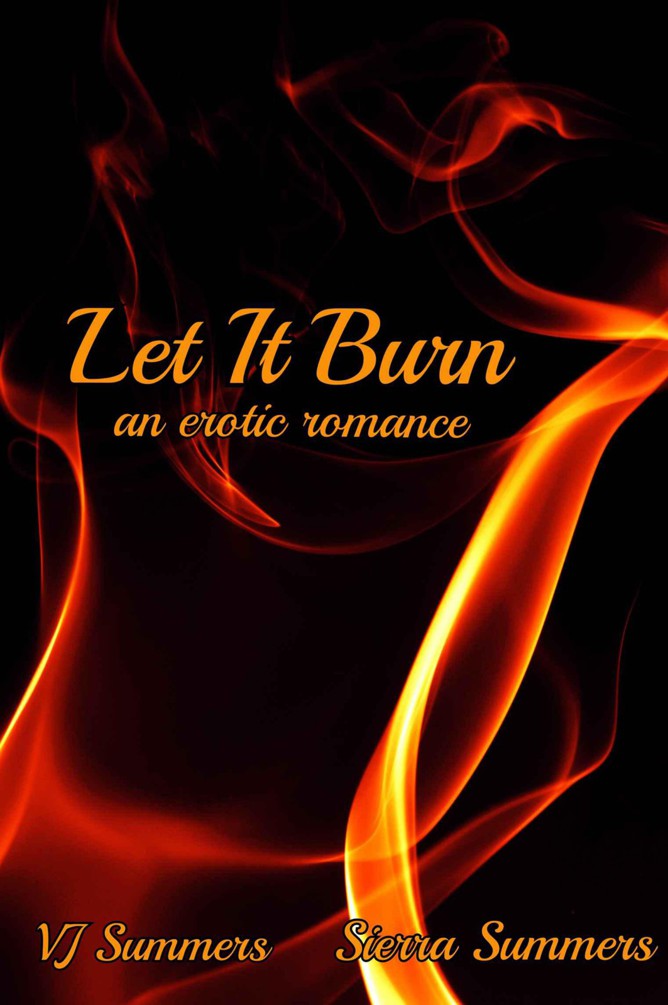 This book is licensed for your personal enjoyment only. This ebook may not be re-sold or given away to other people. If you would like to share this book with another person, please purchase an additional copy for each recipient. If you're reading this book and did not purchase it, or it was not purchased for your use only, then please return to Smashwords.com and purchase your own copy. Thank you for respecting the hard work of this author.

This is a work of fiction. The characters, incidents and dialogues in this book are of the author’s imagination and are not to be construed as real. Any resemblance to actual events or persons, living or dead, is completely coincidental.

Kevin lay absolutely still in his bed, not really sure what had wakened him.  He opened his eyes and counted to fifty, just like his Dad had taught him, and waited for his eyes to adjust enough to look around his room and actually see something.  It took another count of fifty, and maybe a bit more, for him to finally realize what was wrong.

Shifting red light crawled around his window shade, casting weird shadows against the wall.  A quick flick of his eyes to the LED display of his alarm clock confirmed that it was nowhere near morning.

But then, he’d known that wasn’t sunrise anyway.

Once he’d acknowledged the source of the light, he had to acknowledge the sound, a low rumble like the Hell Monster in his favorite video game.

He was breathing faster, trying to suck in enough oxygen to think, to make sense of what was happening.  The coughing fit took him by surprise, smoke drifting in from his cracked bedroom window and under his door to wrap greasy fingers around his lungs.  Something made a loud cracking noise, the roar got louder, and Kevin’s paralysis finally broke.

He scrambled from his bed, lunged for the door.  Some half remembered presentation on fire safety slowed him down, had him crawling, trying to keep his head below the smoke gathering in his small bedroom like angry ghosts.

The doorknob was warm, but didn’t burn his hand, and he really didn’t have any other options.  The fire was dancing outside his window, there was no escape that way.

On his knees, Kevin slowly cracked the door.  He thought, vaguely, opening the door with the window opened might be a very bad idea, but he couldn’t think what else to do.  He breathed a low sigh of relief when the door inched opened and the only thing to rush into his room was more smoke.

Coughing, almost gagging at the force of it, Kevin crawled into the hallway.  It looked weird, distorted.  A house of horrors version of his familiar home.  He was dizzy, confused.  Blinking his stinging eyes, he tried to make sense of what he was seeing.

The Kryszenski home had generous but simple floor plan, the lower level containing a living room, den and dining area along with the kitchen and master bedroom suite, and the up stairs containing three bedrooms and a bath set in a single, straight hallway flanked by two sets of stairs.

When he looked to his left, to the closest staircase, Kevin was relieved to see only smoke drifting between him and freedom.

But then he glanced to the right.  Toward Kimmy’s room.

Kevin hadn’t particularly wanted a baby brother or sister, but his parents hadn’t asked his opinion on the matter.  So on his tenth birthday instead of the radio controlled race car he’d been hoping and hinting for all year, he was presented with a squirming pink blanket wrapped bundle.  He’d gritted his teeth manfully and plopped down on the couch to do his duty and hold it.

When his dad had placed the bundle in his arms, the first thing that hit Kevin was how light it was.  And how wiggly.  Awkwardly shifting, trying to keep it upright, he’d been startled by a soft cry, like the sound a baby bird might make.  The noise had brought his eyes down to the bundle in his lap, and
it
suddenly became
her
.

Kimberly Lynne Kryszenski gazed up at her big brother with wide blue eyes.  Her little seashell of a mouth was pursed, ready to fuss, and Kevin instinctively rocked her, saying softly, “Hey, little Jigglypuff, what’s your problem?”

He’d reached up to touch her velvety pink cheek with one finger, and she’d wrapped her entire hand around it with a surprisingly tight grasp and heaved a deep, baby sigh.  Those amazing eyes, the same blue as Lake Huron on a sunny day, slid closed and that little pink mouth began to move in tiny sucking motions.

“Pretty cool, isn’t she?” his dad had murmured from where he sat on the floor, his back propped against the couch.

She was more than pretty cool, Kevin decided.  Way cooler than a remote controlled car.  She was his to protect, and he’d done a pretty darn good job of it over the last two years.

His friends didn’t like their little brothers and sisters for the most part.  Kevin had never had that problem.  His parents lavished both their children with love, and never seemed to expect him to take care of Kimmy like most of his friends had to do with their siblings.  And Kimmy herself was like the best toy ever.  Or maybe a really amazing pet.  She followed him around, first crawling then toddling precariously in his footsteps. Now two years old, Kimmy followed him at a run, chattering madly about anything and everything and pretty much making him feel like the best, smartest older brother on the planet.

Now Kevin stared in horror at the stairs just beyond Kimmy’s door.  Vicious red and orange flames wrapped the banister, crawled along the wall.  He glanced back to the relative safety of the staircase to his left, then stoically began the trek toward Kimmy’s room.

For the first time he really noticed the heat.  It seared his throat and lungs.  He had to stop several times, coughing until he retched, but he never entirely quit his progress.  His Kimmy was in that room, and he had to get her out.

Dimly, over the roar of the flames, he heard other noises.  From Kimmy’s room her distinctive shriek of fear and outrage.  That kid could shatter glass with her screams.  From behind him he heard his dad, yelling for him to turn around
now
.  To get himself downstairs and out of the house.

Kevin didn’t listen, just kept on toward his sister’s room.  One inch, one foot at a time.  Her cries were getting fainter now, broken up by coughing even more violent than his own.  Unlike him, Kimmy wouldn’t know to keep low and keep her breathing shallow.  Worse, she couldn’t quite make it out of her crib on her own yet, so the lowest she could get was about three feet up – right on level with the lowest layer of smoke.

About three feet from her door the fire monster struck.  A hot, crushing blow threw him backwards, singing his hair, making the skin on his face tight and hot, crisping off his eyebrows.

He could hear his own screams, Kimmy’s increasingly weak coughing.  He was in Hell, he decided, and it was exactly like it was portrayed in his video games.  Distorted scarlet heat.

A strong hand knotted in the back of his Van Halen t-shirt, dragging him away from the monster.  He looked around to find his dad’s face seeming to float in the smoke, a grimace of pain and rage twisting the normally strong features.

“Get outside, Kevin.”  His father’s smooth baritone was rough, raspy with emotion and smoke.  “Go find your mother.”
“I’ve gotta get Kimmy,” he sobbed, pulling against his father’s hold.  “She’s stuck in there and I’ve gotta get her out.”

“Daddy,” he had to stop for precious seconds to cough.  The whole time his dad was dragging him back, away from the fire and away from his sister.  “I can’t hear her anymore.  I have to
save
her.”

“I’ll get her son.”  His dad met his eyes through the smoke.  “But I need you to get downstairs and outside.  I can’t get her if I’m fighting with you.”

Kevin stared into his dad’s blue eyes – the exact same shade as his own and his sister’s.  He felt sick, sick with smoke and with fear.  His dad gave him another shove toward the clear staircase and he reluctantly began to crawl that way.  His dad could do anything, and he’d never lied to Kevin.  If he said he was going to get Kimmy and get out of there, Kevin would believe him.

He turned, putting on speed as he crawled toward the stairs.

“I love you, Kev.”  He turned back at his dad’s shout, but his father was already disappearing into the smoke.

Halfway down the stairs the monster struck again.  A dull whump of sound and a giant, hot hand propelled him through the air to land in a heap at the foot of the stairs.  He kept crawling, mindless now with pain and terror.

Suddenly he was tumbling, falling through the front door and jolting down the porch stairs, finally coming to rest at the feet of an alien in yellow with a weird insect-like mask for a face.  Kevin screamed, jerked back and screamed harder when he realized all that was coming out was a thin whistle of sound.

“It’s okay, son,” the alien yelled.  “You’re safe now, and we’re here to help you.”  Finally he started to make sense of the aliens, the strange, surreal lighting flashing red and white around him.

“My dad,” he choked out, “and Kimmy, my sister.”  The fireman nodded briskly and yelled for the EMT before heading into the burning house.

The ambulance crew arrived along with Kevin’s mother, dragging him into the street and slapping an oxygen mask on his face.

“Where’s your dad, Kev?”  His mother’s voice was raw, tears streaked the soot on her face.  “Why isn’t he with you?  And why didn’t you get Kimmy?”  Her voice rose, near hysterical.  It added to the terror of the moment.  His mom was the loud one, the yeller and the crier, but she’d never screamed at him like this.

Heir to the Jedi by Kevin Hearne
Sex on the Moon by Ben Mezrich
JAKrentz - The Pirate, The Adventurer, & The Cowboy by User
The Convent: A Novel by Panos Karnezis
Fractured by Lisa Amowitz
House of Steel by Raen Smith
The Cat Next Door by Marian Babson
Beauty Tempts the Beast by Leslie Dicken
Walking Backward by Catherine Austen
Leviatán by Paul Auster
Our partner