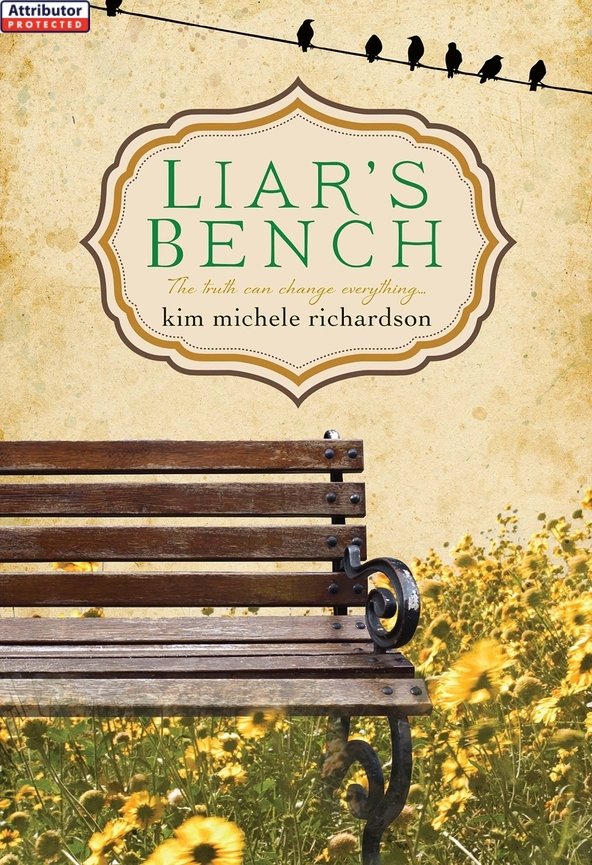 More advance praise for Kim Michele Richardson and
Liar's Bench
!
“Century-old lies, murder, and racial injustice propel a feisty teen heroine to dig into the past in this richly imagined Southern gothic tale.”âBeth Hoffman,
New York Times
bestselling author of
Saving CeeCee Honeycutt
Â
“With magical writing and a strong sense of time and place, Kim Michele Richardson introduces us to an engaging and unforgettable protagonist in Muddy Summers. We meet seventeen-year-old Muddy at a moment of tremendous personal loss complicated by unanswered questions. Muddy's courage and passion drive the story and I didn't stop cheering for her until the riveting end.”
âDiane Chamberlain, USA Today bestselling author of
The Silent Sister
Â
“You'll hear echoes of
To Kill a Mockingbird
in this haunting coming-of-age story, in which old and more recent tragedies collide. Beautifully written, atmospheric and intricately plotted, Kim Michele Richardson's debut novel will stay with you long after the last page is turned.”âSusan Wiggs,
# 1 New York Times
bestselling author
Â
“Mudas Summers, the seventeen-year-old protagonist of Kim Michele Richardson's atmospheric first mystery, grabs your hand and takes you along as she navigates the twists and turns of her life and in the process unearths the dark secrets of Peckinpaw, which have kept the townsfolk chained to their destructive past, dooming them to repeat the same sins over and over. That is, until the headstrong Mudas unleashes her own fury against those who would hurt her and ironicallyâthrough yet another act of violence in Peckinpaw's long, brutal historyâdiscovers the truth that will clear her mother's name. In this way, Richardson boldly probes behind the facade of place to unmask the damaged psyches of its inhabitants.”âGwyn Hyman Rubio, author of
Love
&
Ordinary Creatures
and
Icy Sparks
Â
Â
Please turn the page for more advance praise!
“A poignant coming-of-age novel that pulses with small-town secrets, love and mayhem, and its labyrinth of mystery surrounding two brutal Kentucky hangings more than a hundred years apart.
Liar's Bench
is a powerful echo of mankind's slight but steady triumphs over prejudices and racial injustice.”âMorris Dees, former financial adviser to President Jimmy Carter, Co-Founder of the Southern Poverty Law Center and author of
Hate on Trial: The Case Against America's Most Dangerous Neo-Nazi
and
A Season for Justice
Â
“In a story that spans more than one hundred years between two hangings, Richardson tackles bigotry and a society in flux in this gripping coming-of-age mystery that feels relevant no matter what the year is. Mudas (Muddy) Summers' life is thrown into chaos in the summer of 1972 with the apparent suicide of her mother, and it seems she'll risk everything to find out why it's happened. But the small minds of the small town hold their secrets close, and they don't take kindly to any prying. Richardson pulls us back in time (and back into our youth, if you're of a certain age) with her vivid, lush prose, and puts her heroine through the wringer, just like all suspense writers should. With value for readers of all ages,
Liar's Bench
is a story that will stay with you long after the reading's done.”âJamie Mason, author of
Three Graves Full
Â
“
Liar's Bench
is one of those rare books I wish I had written. Southern storytelling at its finest. Mudas (Muddy) is one of the most stunningly intricate characters I've read in many years. This breakout novel crosses over genres and age groups. A must read for those who love a nail-biting suspense.”âAnn Hite, author of
Ghost on Black Mountain
and Georgia Author Of The Year 2012
LIAR'S BENCH
Kim Michele Richardson