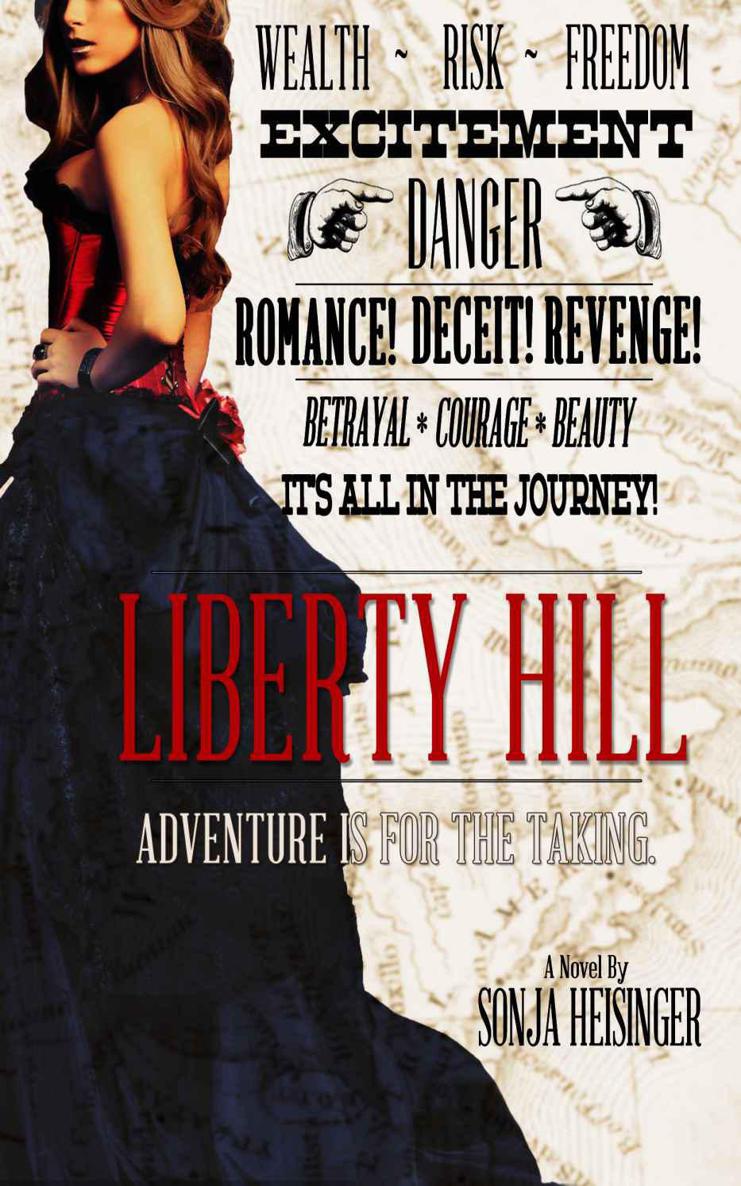 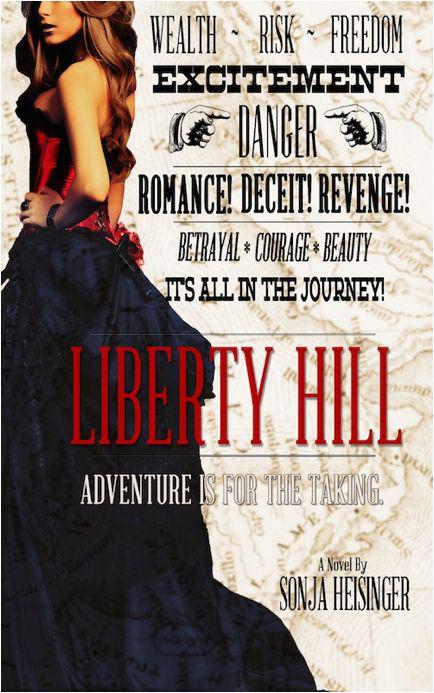 This book or parts thereof may not be reproduced in any form, stored in a retrieval system, or transmitted in any form by any means-electronic, mechanical, photocopy, recording or otherwise-without prior written permission of the publisher, except as provided by United States of America copyright law.

The Library of Congress has cataloged the paperback edition as follows:

The room had gone still. Shards of glass glittered along the rough wooden floorboards, while splintered chairs had been tossed aside, lopsided and broken. The sound of crunching could be heard as men awkwardly shifted from one foot to another. There must have been forty of them crammed into that small pub, their bodies radiating perspiration that filled the air with a malodorous fog. It was late, and the light inside was dim. The sweaty haze made Lucius’ eyes sting. He had been commenting on it to his father just before it happened. Just before everything went to hell.

How many minutes had gone by since then? One? Two? Had he been holding his breath that long?

It had been a perfect night. They had come here to celebrate. What, Lucius couldn’t remember, but there had been a lot of laughing and drinking involved. Then some bawdy American had antagonized Lucius, and Lucius had retaliated with a right hook to the jaw. He remembered that right hook, remembered the sensation of flesh yielding into bone.

It was impossible to throw a punch in that place without upsetting more than one man. There were too many bodies around. A man couldn’t scratch his head without elbowing someone else in the face, which was exactly what Lucius did when he wound up to hit the American.

Suddenly everyone in that damn pub seemed to be angry about something. With the shouting, cursing, and smacking of flesh against flesh, the din was so loud it could be heard two streets over. The police would be there soon, even though the pub had since grown silent. The commotion had ceased when the first man had been stabbed; the man who now lay at Lucius’ feet.

His name was Emmett Brennan.

Lucius’ cheek felt numb, and there was a dull throb growing inside it. He figured this could be attributed to someone else’s fist. He didn’t know who had hit him. Probably that bloody American. It didn’t matter now, for the American had gone, slipping away amidst the fray.

All eyes - there were seventy-nine, for one of the spectators was missing one - were now trained upon Lucius Flynn, upon the hands he held stretched before him. Never had he seen his own hands look like this. Never had he felt the warm blanket of someone else’s blood draped over his fingers, dripping down his wrists and along his arms.

The sight repulsed him. A tremor shot through his body, starting in his toes and exiting his mouth with a shrill, “oh my god.”

His thoughts raced. He felt as though every sound in the room had been amplified. Someone coughed. Someone sniffed.

“Clear out,” the bartender said, his voice so deep and resonant it hurt Lucius’ ears. It was a deceptive voice: big, strong, belonging to a little man. Bernie, was it? Lucius thought that was the little man’s name. He had poured Lucius many drinks before this night, had always been sharp, witty, inviting. Now he just looked scared. “I don’t want to see your kind in here again.”

They no longer had names. They were just Irishmen now. Foreign, unwelcome, and unwanted.

“This man is wounded,” he told Bernie, the room, himself. He dropped his eyes to the man on the floor, the man whose blood stained Lucius’ skin. Lucius knelt beside him, his legs too weak to stand.

A pair of watery eyes gazed up at him, a mouth worked to speak to him, but there was no sound. Instead Emmett Brennan reached out, his fingers climbing slowly along the floor towards Lucius. Lucius took them and pressed them to his heart.

Something slammed against the bar.

“I said, clear out!” the bartender cried, a club in his hands. His knuckles were white.

“He is dying!” someone else replied. Lucius looked up to see his father standing over him, a sturdy sentinel in a room of drunken fools.

Dying?
Could a man like this really meet such an end? Could a life as great, as good, as respected, become something that
wasn’t
?

“Then he can die in the street!” Bernie declared. “I’ll have no more of you Irish swine disturbing my customers. Now get a move on before I put a bullet through the rest of you.”

Lucius’ father, Banning Flynn, took a deep breath as if to argue, but the bartender’s hand was disappearing beneath the counter.

“You looking for proof?” he asked threateningly.

Lucius looked to his father. Banning’s face was crimson as he turned to his son with a locked jaw.

Lucius rose, gingerly stepping around Emmett Brennan’s wounded body and reaching down to take him firmly by the wrists.

Still the others watched in silence.

“Lift him up,” he commanded.

As the body rose off the floor, it released a dull moan. Lucius cringed.

They exited the pub into the biting night air. The streetlamps burned a dull yellow, radiating empty promises of warmth. Before them, numerous ships were anchored peacefully in the harbor, their naked masts cutting up into the starry sky. There was no moon tonight. The port that bustled by day had grown silent and still.

As the door slammed closed behind them, a coughing fit seized the wounded man, his entire body shaking violently.

“For God’s sake, put him down!” Lucius exclaimed. There was nowhere to lay him but on the ground, so they gently released him onto a bank of snow, where flecks of hot scarlet stained the cold whiteness.

Banning did not respond. Instead, father and son watched as life ebbed from Emmett Brennan’s body.

“We must prepare ourselves, Lucius,” Banning Flynn told his son.

“I didn’t mean for this to happen,” he said, his voice breaking.

His father looked at him sternly.

“Yet here we are,” he grumbled.

“You are impulsive and foolish, boyo. A careless drunk. A
disgrace
.”

Lucius choked back a sob.

The clopping of hooves could be heard in the distance and Banning’s eyes darted in their direction.

“The police are coming,” he told Lucius. “If we leave now, they will think you murdered him. This could ruin you. It could ruin
us
.”

“You will have to tell
them
.”

“Who’s to say they would even believe me?”

“There were plenty of witnesses.”

“If we don’t get him to a physician straight away…”

Lucius grabbed a fistful of his own hair. Oh, blessed saints in heaven.
Tell her!
She would murder him.

“Then the police can do it for you. But they will need to know the truth of what happened tonight. They will need to know you didn’t kill him. Do you understand me, Lucius? If they believe this is your fault, our name will be destroyed. They will tell his daughter, and she will tell the world, and everything you and I have worked for, everything we have
sacrificed
will be for nothing. We will lose it. We will lose it all.”

Banning shook his head and sighed. The form in the snow had grown still.

There before him was no longer a man, but a corpse.

Evelyn’s large hazel eyes searched the unfamiliar faces in front of her, her mind suddenly misting over in confusion.

The men hesitated to say more, as if waiting for permission to go on.

“What is it?” she pressed them. “What has happened?”

One of the men elbowed the other.

The Piano Teacher by Janice Y.K. Lee
The Trials of Caste by Joel Babbitt
Canción de Navidad by Charles Dickens
Sweetgirl by Travis Mulhauser
On Blue's waters by Gene Wolfe
Nona and Me by Clare Atkins
Sons of Lyra: Runaway Hearts by Felicity Heaton
Tribal Law by Jenna Kernan
Countdown by Iris Johansen
rogue shifter 05 - caught between by parness, gayle
Our partner