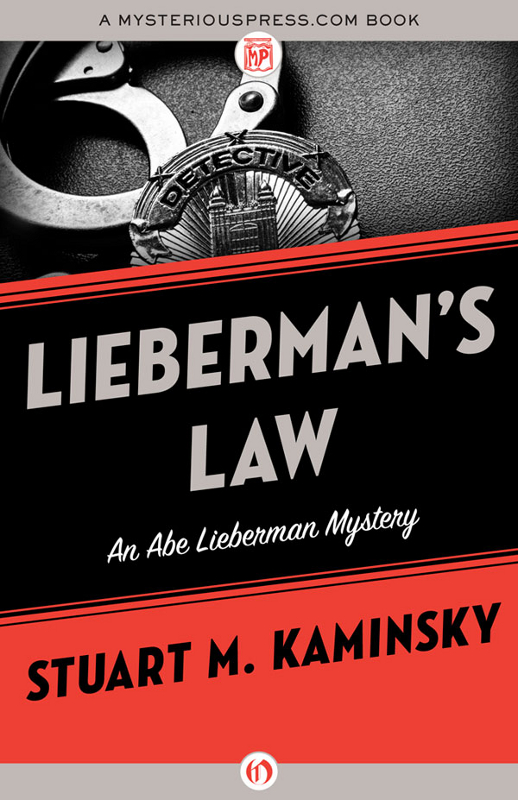 You cannot call him back from the river of Hades, that all must cross, with weeping and lamentation, with helpless sorrow and grieving beyond all reason. You'll sicken to death; no tears can lighten the labour of trouble past; must you still cling to misery?

âChorus in
Electra
by Sophocles

Somewhere in Israel Near the Jordan border in 1973

Somewhere in Israel Near the Jordan border in 1973

A
LI WAS WORRIED.

The exhaust pipe of the battered Dodge van clattered against the stones in the dirt road every time Ali hit a bump. In spite of the pieces of wire that held it up, the badly rusted pipe was definitely exhausted, but it would have to do for a while. He would slip under the van in the morning with more wire.

But it wasn't the clanging exhaust that bothered Ali most as he drove along the road late that night. Nor was it the chatter of his own children and those of his brother-in-law and sister-in-law in back complaining about having to get up early. The visit to his wife's mother had gone on too late, too long.

The moon was almost full. That helped a bit because even on high beam the headlights of the van were in need of replacement. One light had been flickering and waning for more than a week.

Farrah, Ali's wife, stepped over their daughter who was shouting loudly at her cousin about a boy they both knew who was supposed to be a thief.

Ali shook his head no, scanning both sides of the road as he passed a few small houses, looking for, praying against hostile movement in hostile Israeli territory.

They were close to home now, their own gray town of Arabs and the smell of familiar night food.

Hassan called out to Ali, “What do you think?”

He didn't know what Hassan was talking about. He saw a movement here, an outline there, as he always did on such nights. Ali shrugged in answer to his brother-in-law's question.

“See,” said Hassan, a thin man of forty-one years who had been bald since he was a little over nineteen. Ali had come to the conclusion that his brother-in-law argued so much because he thought Allah had played a cruel trick on him. His mustache was ample and dark, but the top of his head shone brightly and burned easily in the summer sun. Hassan wore a small cap on his head whenever he was out of his home. Ali was sure that it was less a sign of piety than vanity.

And so Hassan argued about everything: King Hussein's failures, the duplicity of the Israelis, the indifference of the Russians, the lies of the Americans, the lust for power of the Syrians, the price of grain in the market, the British royal family. If he could not have hair, he could have opinions.

Ali rubbed his eyes. He was nearing fifty. He was tired. He was worried about how he could keep the van running on his salary. The Israelis paid what the market would bear and Ali was an expert at his job, but his pay was meager. He could assemble the parts for the photograph frames faster than anyone else in the small factory. Assemble, glue, and clamp. Haim Vesh, a Jew who did not believe in God and who had only come to Israel two years ago from Brazil, knew enough to praise Ali for his work. They spoke in Hebrew. Ali's Hebrew was far better than that of Haim Vesh. Ali had lived his life among the Jews traveling nearly 40 miles to the factory each morning and 40 miles back home each night. He took their language across the border to where he worked and left it at the border when he returned home.

They were close to the checkpoint and safety, but they were still in hostile territory and difficult times. Ali tried to remain alert, but he was tired and the noise of the two families behind him had given him a headache. He got headaches easily and tried any and all remedies to relieve them. Nothing ever really worked. He had such a headache now, but it was forgotten when the windshield in front of him suddenly shattered.

There were screams behind him, people rolling on top of each other. Ali marveled at how perfectly the windshield had shattered and blown away completely, almost as if it had suddenly been cleaned and he could clearly see the road before him. He tried to drive on, his hands shaking, unaware of the bleeding cuts on his face. A voice, that of his fourteen-year-old nephew, Amin, cried out behind Ali. A shot passed Ali's face and Amin's cry stopped.

The fear of his entire life was coming to pass on this stretch of empty desert road. The images of robbers and crazed Jews were never far from his imagination. Shots from outside. Definitely shots. He turned his head briefly to see who had been hit. He thought he saw the bloody face of Amin. He panicked and looked for his own family in the darkness as he pressed the gas to the floor. His brother-in-law, the babbling Hassan, leaned over Ali's shoulder and began to fire his rifle wildly into the darkness.

A rattle of shots sprayed through the van as it zagged from one side of the road to the other and Ali lost control. Perhaps a tire had been hit. Hassan had taken a bullet and slumped back with a groan. The van careened. Ali tried to call his wife, his daughter, his son, hoping that their cry would be evidence that they lived.

More shots. In the working headlight, Ali saw a man in the middle of the road. He was bearded. He held an automatic weapon and stood firing at the swerving truck, mindless of the fact that it might run right over him, which was what Ali tried to do as his head went mad with pain from the screams of his family. The van rolled drunkenly in the general direction of the bearded man who continued to fire.

The van rocked once to the right and then fell on its left side screeching forward along the stone road. Children, women screamed behind him as the van skidded noisily, sending up sparks and screeches that sounded like pain.

Ali was on his side, his face inches from the road through the now shattered glass of the side window. A body, his nephew, lay on top of his as he uselessly and automatically tried to steer the dead vehicle. And then the van stopped, partly on the road, partly in the scrub of sand and weeds along the roadway.

Ali, his hands shaking, pushed the body of his nephew out of his way, through the missing windshield. He had skidded past the man in the road. At least he thought he had. Ali had no time to think. His wife, his daughter were behind him. He heard a moaning in the darkness. His nephew faced him, dead and bloody, just beyond the windshield now.

As Ali eased himself out from behind the wheel he called back, “Anyone who can move, come quickly, through the front window, quickly.”

He reached back, took a hand, his ten-year-old niece, Kala, weeping, trembling. If only there were no moon they might escape into the open field, be lost in darkness. A single headlight of the Dodge was still on, a screeching noise of automotive death shivered the van as a wheel continued to turn.

“Out, out,” he shouted, trying to ignore the blood that blocked the vision of his left eye.

They came slowly, sobbing, looking around as if they were emerging after a decade in a dark cellar. Jara crawled forward. She was six. Her arm was twisted and her white dress was red. She was pulling at her mother, Farrah, who lay silent, eyes closed, face red with blood, almost certainly dead. Hassan, who had apparently only been wounded, was in the road now, confused, being urged back by his screaming wife. Ali reached back for Jara's hand and pulled the girl forward. She wept in fear and pain. The child had been shot or cut by flying glass. Her right shoulder was covered in blood. Through the window, onto the road. For the first time, Ali felt for the old pistol that he carried under his jacket for a moment like this, a moment he frequently prayed would never come.

“Massad,” Ali called into the darkness. He thought he heard a low groan that might have been his four-year-old son. No time to look now.

“Off the road,” he whispered, patting his little daughter, “into the darkness. Quietly,” he added fruitlessly, knowing that she, like he, would not be silent in their fear and grief and the pain of their wounds. Jara slumped to the ground.

On the road, out of sight because of the fallen van, Hassan heard a terrible shout of rage from his brother-in-law and a cry of fear from his sister-in-law followed by a fresh blast of the automatic weapon. And then there was silence.

Ali hurried to pick up his moaning daughter and carried her toward the brush, weeping for his family, praying to Mohammad for help. Ali was not a leader. He was a gluer of photograph frames. He looked back in the darkness behind the van expecting the Jew with the automatic weapon to suddenly appear.

“Quickly,” he shouted, putting down his daughter and waving for her to run to the field ahead of him.

Ali turned to look down the road through his one un-blinded eye for the Israeli checkpoint, which should have been visible in the distance. What he saw was impossible. The bearded Jew with the weapon was advancing, firing, but coming from the wrong direction. He must have run in the scrub along the opposite side of the road and gotten ahead of them. Ali could see the man's face now, a man younger than Ali had thought. There was no hatred. Nothing. Only a dead, drugged look.

And then Ali understood what had happened. The van had skidded around. It was not facing toward the checkpoint but away from it toward the road behind them. The checkpoint was behind them, behind the van. The Jew began chanting. With shaking hand Ali managed to pull out his pistol and, peering through his non-bloodied eye, he fired. The shot hit a stone in the road a few feet in front of the Jew who kept moving forward and began firing again.

Ali fired again also, a volley of three shots from his old pistol. The Jew isn't a good shot or they would all have been dead by now, he thought, but Ali knew he was better. The bearded young man moved closer. Ali fired again. No sign of dust in the road. Perhaps he had hit the man, but it had not stopped him nor slowed him down.

The decision came to Ali without thought amid the carnage surrounding him: His dead wife, his slaughtered inlaws, his daughter sobbing on the road beside him, his son's life uncertain. Ali advanced toward the Jew as quickly as he could. The pistol was no match for the automatic and though he hadn't counted, he knew he had no more than a bullet or two left, if any. He would fire in hope, die in anger.

Shadow of Vengeance by Kristine Mason
The Bodyguard by Lena Diaz
Blood Life Seeker by Nicola Claire
A Friend at Midnight by Caroline B. Cooney
Fate by Elizabeth Reyes
Valentina: A Hauntingly Intelligent Psychological Thriller by S. E. Lynes
The Scribe by Matthew Guinn
Bedelia by Vera Caspary
Long Lost (Myron Bolitar) by Harlan Coben
Her Baby's Bodyguard by Ingrid Weaver
Our partner