Life and Other Near-Death Experiences 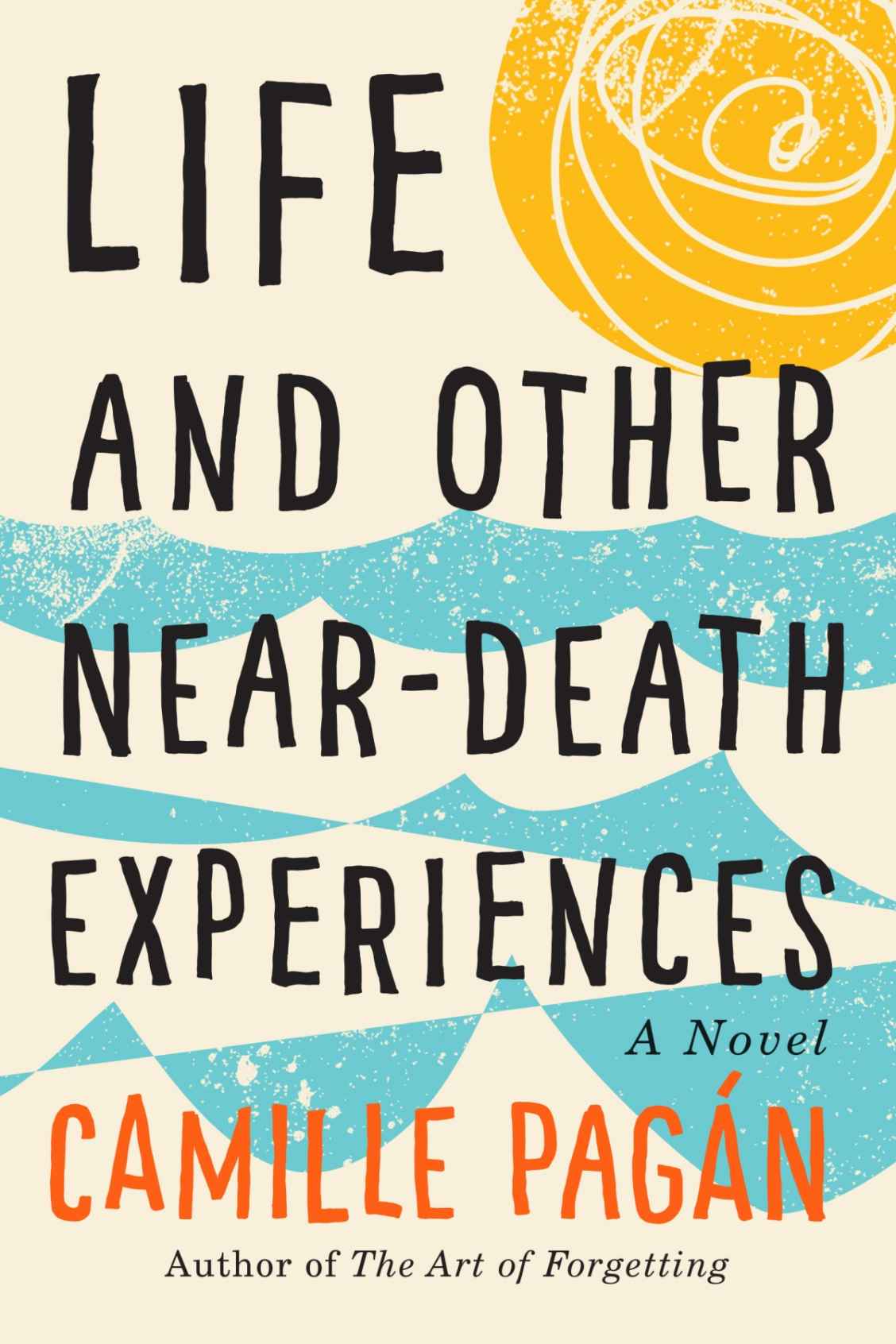 The Art of Forgetting

Amazon, the Amazon logo, and Lake Union Publishing are trademarks of
Amazon.com
, Inc., or its affiliates.

It was all supposed to be very
Eat, Pray, Die
, but I promise I’m not spoiling anything when I say it didn’t quite work out that way. Take my diagnosis, for example; Dr. Sanders couldn’t even bring himself to say the word.

“I’m afraid it’s malignant,” he said from behind his desk.

“Malignant?” I asked blankly. It had been a long day and I’d had trouble convincing my boss to let me out of work early, even though the nurse who called said it was absolutely necessary that I see Dr. Sanders today.

“Cancerous,” he said, his thin lips all but disappearing into his mouth.

“You’re not saying
I have cancer
, are you?” I asked, attempting to help him clarify—as surely this was not what he meant. After all, just before he cut the golf ball–size lump out of my stomach, he said he was certain it was a fatty tumor. The surgery was just a precaution.

“Um. I’m afraid so.” He peered cautiously at the paper in his hand, as though he didn’t deliver bad news for a living.

“Elizabeth,” he said, reaching forward to take my hand—which I quickly jerked back, as I’m not big into people invading my personal space, not to mention he had more or less just told me via body language that I was a goner. “You have subcutaneous panniculitis-like T-cell lymphoma. This type of cancer is extremely rare, but when it does come up, we see it most often in individuals in their thirties, such as yourself. I’m afraid it tends to be aggressive. You’ll have to—”

This was around the point at which I stopped listening and started going through a rapid-fire version of the Kübler-Ross model of grief.
Denial
: No one calls me Elizabeth; my name is Libby. Dr. Sanders is obviously talking about someone else.
Anger
: He said he was sure the lump was nothing! I’m going to give him a reason to be grateful he’s been paying through the nose for malpractice insurance.
Bargaining
: If I run a marathon to raise money for cancer orphans, not only will I live, I’ll become such a raging success that Oprah herself will promote my memoir. I’ll start a movement, complete with races for the cure and rubber awareness-raising wristbands in turquoise, which will become the national color of—what the heck was my cancer called again?
Depression
: I can’t race for a cure because I don’t run. I don’t even exercise, which is probably why my body is riddled with overproducing disease spores. I’m going to bite it before I see forty.
Acceptance
—

I was going to die. Just like my mother.

Dr. Sanders kept yammering, oblivious to the fact that I was looking right through him. “So, chemo. I’d like you to—”

“What do you mean, no? Elizabeth, your best chance for survival is to try to zap this thing as fast and hard as possible. I am sure you’ve seen the worst-case scenarios for chemo, but today, particularly for lymphomas, treatment is manageable. And, if I may say so, the difficulty of treatment is preferable to . . . well, not getting treated.”

“You should be; you just handed me a death sentence. Now, how long will I live without treatment?”

He looked befuddled. “I’d like to run a CT scan to see if the cancer has spread to other areas, but given the cellular activity in your tumor . . . well, prognosis can range from six months to . . . um, it’s difficult to say. Although certainly there have been some successful cases . . .”

“Elizabeth! I’d really like you to meet with a counselor—”

I left before he had a chance to finish, the taste of cold pennies on my tongue, as though I’d consented to chemo and already started injecting liquid poison into my bloodstream. Oncologists, nurses, radiologists, palliative care specialists: I was all too familiar with the cancer routine, and I wasn’t interested. Not one bit.

My twin brother, Paul, once told me that there’s healthy denial, and then there’s LibbyLand. His theory is that in order to function, most people have to ignore reality, or at least most of it. Otherwise, all of the horrible things in life—child slavery, acts of war, the pesticides jam-packed into every other bite of food you put in your mouth, knowing that you’re a day closer to dying when you open your eyes each morning—would be so overwhelming that no one would ever get out of bed. “But for you, Libby,” said Paul, “the whole world is filled with kittens and rainbows and happy endings. It’s very cute and probably helps you sleep at night. I just worry about you sometimes.”

I would be insulted if it weren’t Paul, who knew me better than anyone else—better than Tom, my husband, probably better than I knew myself. And I knew Paul better than anyone, too, including the fact that he didn’t particularly enjoy his proclivity for catastrophizing, even if it did make him a highly functioning type triple-A human being with an unsettling ability to forecast market meltdowns and other disasters. He and I were a good combo that way.

That’s why it was going to be such a bummer to tell him that while I’d been watching my kittens defecate all over the rainbow, I’d taken a wrong turn at happy and run smack-dab into a dead end.

As I speed walked through Dr. Sanders’s office and out to the elevator, I found myself thinking about funerals, as one will do when one learns one is not long for this world. I’d gone to a single funeral in my life, but afterward, I swore I would never attend another.

Because that funeral had been my mother’s.

At ten years old, Paul and I were too embarrassed to hold hands in front of other people, so we huddled together in a corner of the funeral home: he clasping the back of my dress, me grabbing at the corner of his suit. We watched our father greet this person, and reminisce with that one. Occasionally someone would approach the two of us to offer pat condolences, then quickly move on, all parties relieved that what needed doing was done. The chemical-scented air was suffocating. An eternity passed, then another. Finally someone gently pushed us to the front of the room where our mother’s body lay.

The funeral home was decorated like a small chapel, and we were instructed to sit in the front pew beside our father, entirely too close to the casket. I remember thinking that I could not feel my feet, and my hands and face were tingling as well, though my ears burned from the knowledge that everyone seated behind us was trying, and failing, not to stare at the remains of our family.

Our pastor took his place at the podium and began to pray, asking God to welcome “Phillip’s wife, and Paul and Elizabeth’s mother” to her heavenly home. I had a different request for the head of the Holy Trinity: I prayed that the tingling was a sign I was seriously unwell and would join my mother in very short order. I begged God to take me to her—the pre-cancer her, with a smile free of pain, reaching for my hand—because the only place I would ever want to be again was wherever she was.

My father said some words. A few other people spoke as well; I don’t remember who they were or what they said. And then the room was empty, and Paul was pulling at my dress, harder now, telling me it was time.

The casket was only partially open, as though the half of my mother’s body that ultimately killed her was not suitable for viewing. I told myself that if I didn’t look directly at her, none of it would be real, that this terrible experience was actually happening to someone else.

But I had to, because it was the last time in the world that I would ever see her face.

Even in death, skin coated in pancake makeup, cheeks over-rouged and now sunken when they’d been swollen and stretched in hospice just days before, she was the woman who had wiped my tears when I needed comforting, and cut my sandwiches into small squares just as I liked, and told me she would love me forever and ever and still even longer than that.

She was lovely. And I knew as I reached down to touch her softly, one more time, that anything that happened next in life simply could not be as unbearable as this good-bye.

I expected my father to scold me for touching her, but for the first time that day, he had let himself go and was weeping on his knees, oblivious to his children.

Paul was crying beside me. Now he took my hand and held it so tight that it hurt. I didn’t tell him to stop. We were just beginning to realize we were motherless children, and that we were all we had left.

By the time my father, Paul, and I got in the car to drive across the state for the burial, I had decided I’d had enough of funerals for one lifetime. It was a vow I almost kept: when distant relatives passed away, or a friend’s parent, or a colleague, I sent large bouquets and vague apologies for my absence.

But as the elevator doors outside Dr. Sanders’s office opened and I stepped into the plummeting metal box that would deposit me in the hospital lobby, it occurred to me that I could not keep the promise I had made to myself twenty-four years ago.

I would attend more than one funeral, after all. It just so happened that the second would be my own.