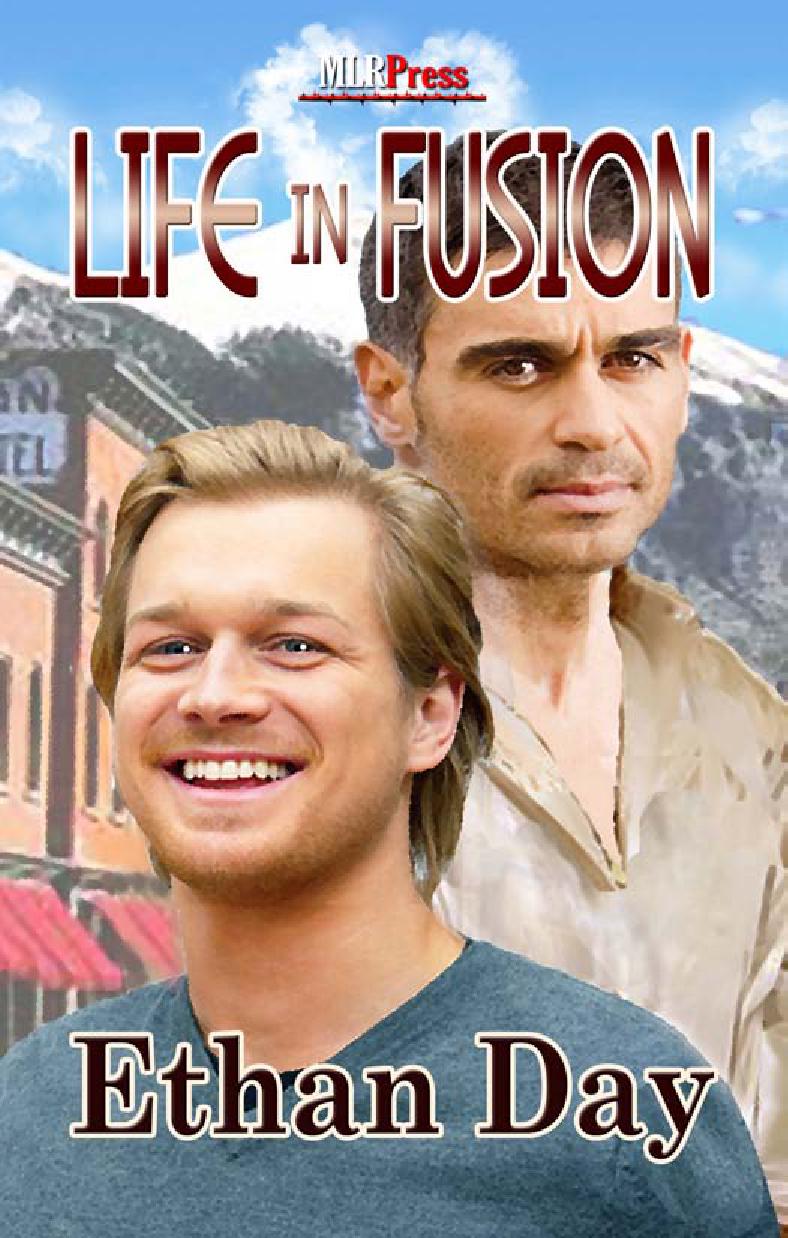 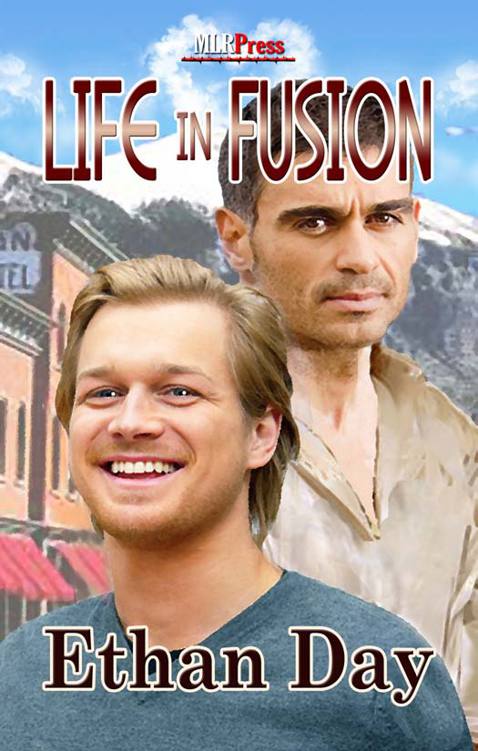 The Sequel to Sno Ho

Check out titles, both available and forthcoming, at

The Sequel to Sno Ho

This book is a work of fiction. Names, characters, places, and

incidents either are products of the author’s imagination or are

used fictitiously. Any resemblance to actual events or locales or

All rights reserved, including the right of reproduction in whole

or in part in any form.

The author acknowledges the trademark status and trademark owners

of the following wordmarks mentioned in this work of fiction:

PaRt one
The Honeymoon Period
ChaPteR one

across the thin ledge, grasping at any bump or

crevice in the steaming cliff rock wall he could find

to help maintain his balance. He took in a tense

breath, knowing one misstep and he’d plummet to

his death. The intense heat would have been more

than most could handle. Even for him, born on the

that ripped through the vast chasms of Pluternica

were nearly enough to make him lose hold of his

his balance and stave off disorientation.

The shrill shriek from the Darten Beasts living

among the caves throughout the canyon whisked

by, as if riding on the wind, and serving as a

reminder he was in constant danger. Even the light

from the three suns that kept this wretched planet

by the dense fog, which whizzed past him, trapped

in the straight-line winds.

He tightened his grip, his fingers burning as

another large stone bounced down the side of the

and rock particles rained down upon his head and

shoulders, shaken loose by the larger stone. He

carefully continued making his way closer to the

large vent in the wall. “I’m looking forward to slicing

open as many of you as I can.”

The only advantages he had were his cunning

and the Caldemantian sword, forged from the

hardest metal known in all the galaxies. It was rare

indeed, and could only be found on Voldaire. Many

had perished trying to relieve him of the sword,

which could cut through anything, even the thick

hide of the Darten Beasts. All he needed to do was

open up one of them. The sickly, sweet stench of

the beast’s blood would be enough to disorient and

ward off the rest of their kind. He’d have maybe

thirty clicks from the time he spilt the first drop of

the Darten’s blood to search the caverns for the

Halo. If he were unable to vacate before the effects

wore off, he’d be left open to attack once again.

Buck was just outside the opening. He

steadied himself before removing the sheath from

its holster on his belt. He held it out, pressing the

lever that released the blades from the openings on

each end. The sound of the metal scraping as the

blades shot out never failed to give him a blood-

lustful thrill. A sensation of power shot through

his chest and into his loins. He was ready to do

Keeping his back pressed firmly against

the rock, Buck yanked one of the two remaining

plasma grenades off the other side of his utility belt.

He hesitated, counting off the time before tossing

it around the corner into the shaft. The blinding

light went off and a thunderous clap vibrated the

wall, jarring one of his feet loose. Several shrieks

erupted as the air was forced out of the tunnel,

and Buck jabbed one end of the sword into the cliff

side to balance himself until he once again had his

Buck shook his head, spitting out more of

the dust and debris he’d been showered with.

He grinned, pulling the sword back out of the

had been laying in wait for him. It wouldn’t do

anything to ward off the others, as they had been

instantaneously burned to dust, but it would give

him time to get his bearings and prepare for battle.

He swung his body around the corner and

jumped into the pitch black opening. He retrieved

the pair of goggles from the utility belt and slipped

them on. Tapping the button on the side caused

them to hum as the green glow from the night

vision flickered on. He was now able to see through

himself into heat. His long scruffy black hair stuck

to his face and neck in clumps. He licked his lips,

they were cracked and as dry as the air around

him, burning from the single bead of salty sweat

that ran down his cheek to the corner of his mouth.

The cavern was larger than he’d expected,

opening up once inside. The deep purple rock

seemed to pulsate, though Buck knew it was

He didn’t have to wait long, having barely made his

way inside before the first Darten was screeching

He could make out the thick, matted silvery

hair and long fangs dripping with venom as the

thirteen foot beast hurtled itself toward him. The

venom was a highly toxic paralytic. You were still

alive when they started to eat you. One drop on his

skin and he was as good as dead.

He twirled the blade, readying his stance.

“Come on you mongrel piece of shit, time to die for

His nerves were hard like the metal in his

hands. He jettisoned himself forward, closing the

distance between himself and the beast.

to strike as Buck propelled his body up into the

air and sailed over the top of the monster. The

beast made an attempt to redirect its powerful yet

lumbering large arms into the air to grab hold of

him, but it was already too late. Buck slashed the

Darten across its lower back and it shrieked in

pain as its intestines spilled out onto the floor. He

landed into a roll and was quickly up on his feet.

first to the stone floor of the cavern. Buck turned

from the twitching body, the scent of its blood filling

He forced his own nausea back, taking solace

in the fact that the remaining Dartens, which had

been headed in his direction, were now fleeing.

“Fucking animals,” he muttered, spitting onto

mouth. He turned back to the carcass and raised

the sword, slicing off a large chunk of the intestine.

Buck staked the chunk of meat with the tip of his

blade, placing it into a satchel constructed from

a gauze-like netting. He slung the strap over his

shoulder before turning toward the darkness. The

as it dripped and boiled on the cavern floor. It was

disgusting, but Buck knew keeping a piece of it on

his person would buy him the most time.

He tapped his earpiece, turning on the com

device and static blew into his ear as he began

running down the corridor.

commanded. “And get the damn ship into position.”

Gostric’s voice crackled through the com.

Buck continued to sprint down the cavern as

the timer in his goggles put up thirty clicks, before

immediately commencing the countdown. His

adrenaline level was beginning to regulate, and he

once again felt the heat pressing in on him as he

searched up and down each side tunnel he came

The atmosphere on Pluternica was hotter

and more acidic than his home planet. Despite

the unusual insulation property of his skin, Buck’s

chest was beginning to tighten as the sulfuric-

leaden air became thicker and dryer the deeper he

The Seer's Lover (The Seven Archangels Series) by de Falla, Kat
You Were My Crush: Till You Said You Love Me! by Durjoy Datta, Orvana Ghai
Undeniable by C. A. Harms
Against the Wall by Julie Prestsater
Chocolate Fever by Robert Kimmel Smith
The Witness and the Bear: (Werebear Shifter Romance) by Joyce, T. S.
Boot Camp Bride by Lizzie Lamb
The Sheikh's Irresistible Proposal by Rayner, Holly
Salt and Saffron by Kamila Shamsie
The Fainting Room by Strong, Sarah Pemberton
Our partner