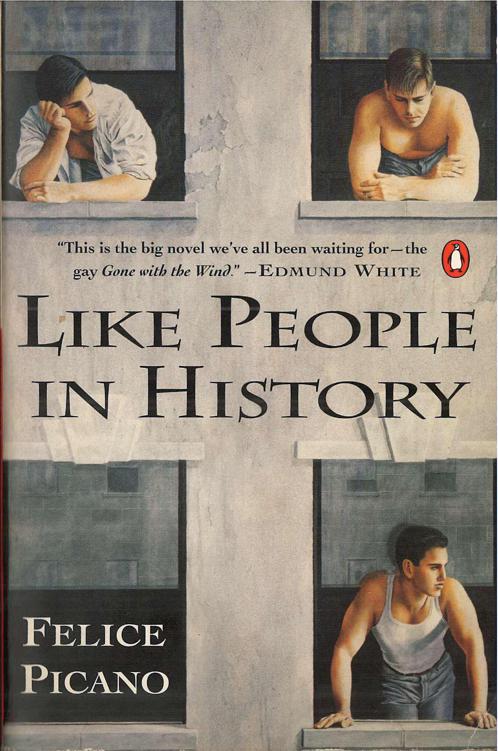 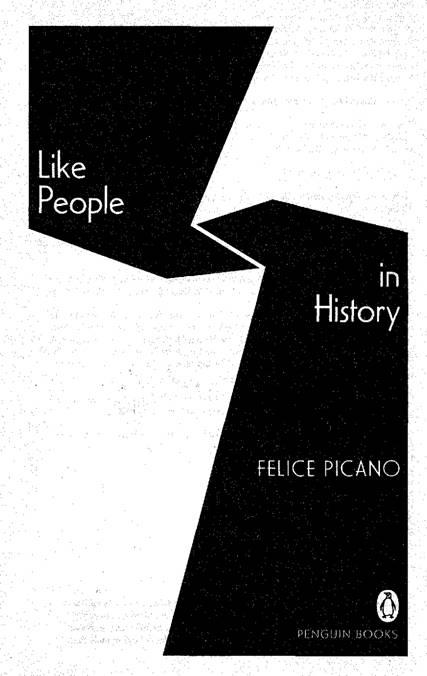 Several people were helpful to me in getting this book this far and I'd like to thank them: Malaga Baldi for her calmness and her faith and for making me finish it, hard as that was at the time. Ed Iwanicki for his vision and the largeness of his grasp and for his good sense and smart editorial comments. Will Meyerhofer, David Drene, Jenifer Levin, Michelle Karlsberg, and David Ankers, who read early portions of the manuscript or heard me read from it and who responded instantly. Linsey Abrams, David Bergman, and Don Larventz, who asked to publish excerpts. The many people "on the road" in the past two years who listened to me read from the novel and who commented favorably. Paul Grady, Sr., for letting me use some of the wonderful poems his son wrote. And Edmund White, who let me use his title, from an unpublished novel.

How many roads must a man walk down 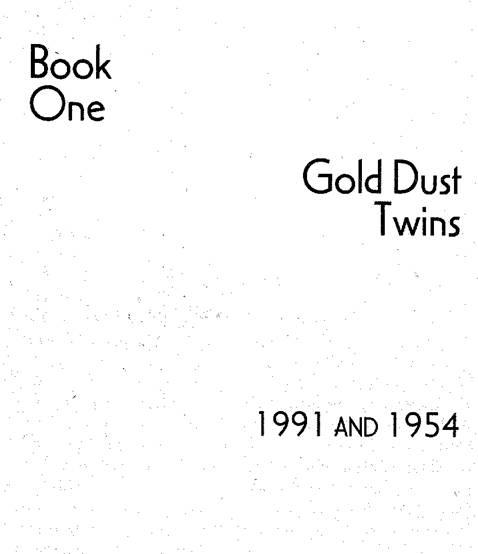 "Are you sure about this?" Wally asked.

I must have looked dumbstruck, because he went on.

That at least was a question I could answer.

We were standing in the lobby of Alistair's building, the last shafts of a cerise sunset reflecting off the Hudson and somehow managing to obliquely strike this one marble wall. It's not the grandest building Alistair has ever lived in, nor was the man in uniform behind the desk the most pretentious I'd ever dealt with for Alistair's sake, but he was tall, with skin the color of whole nutmeg, and he was quite stately in that Russian green serge uniform, and he was definitely at any minute about to either sneer at us or call some janitorial person to sweep us out.

"We're going up!" I said, with tons of pseudo-decision in my voice.

"Name?" the man in uniform asked, although he'd had me tell it a dozen times earlier that month.

He picked up the desk phone—a
faux-marble
affair with scores of buttons matching his epaulets—and without looking at it impressively struck the correct number.

I moved Wally away from the desk far enough to say, "If we didn't appear at his forty-fifth birthday, Alistair would hunt us down through the streets of the city, through the alleyways and sewers and..."

Behind me I heard the man in uniform mispronounce my name. This was evidently something that whoever answered—doubtless the White Woman—was used to, as the man in uniform hung up and said, as if I didn't already very well know, "Sixteen-J."

"If
you
didn't appear," Wally corrected me.

We walked to the elevators through about a quarter mile of postmodernist interior decor, pretty well disguised as fake ecru adobe. At the far end was a wall-sized mirror, enough for me to glance at what the building staff had seen and snorted at—two homosexuals in black denims with black leather Patrick sneakers and worn army jackets of slightly differing cut and shades of brown. Wally, of course, had his Miss Porter's School posture and his shock of auburn hair to set him apart. And his youth. And his good looks. Whereas I...

The elevator door opened and a mixed-gender couple in matching black skintight Lycra bicycle outfits—hers striped hot pink, his aqua— shoved their eighty-speed mobelium sprocketed-to-death machines at us until we were pinned against the far wall. They pointedly ignored us in their perfectly coordinated twenty-four-year-old blindness.

"Fucking breeders!" Wally shouted after them.

"'Scuse me?" The male member of the duo turned around. Completely oblivious.

I pushed Wally into the elevator, and mercifully the door shut on us.

Wally checked his widow's peak in the fish-eye corner mirror, then slid me against one wall and began to tongue-kiss me as though he were trying to ingest both of my tonsils simultaneously. This, of course, was intended to shut me up and to incite any purple-haired woman with a Lhasa apso unfortunate enough to have rung for the elevator.

None rang, however, so I enjoyed having my epiglottis ravaged before Wally pulled away to the far wall and began to sulk.

"Getting het up for the action at Gracie Mansion?" I asked.

"Are you going to give it to him?" Wally asked back.

Neither of us was prepared to answer the other's questions. So we smiled stonily at each other.

"You did bring it, didn't you?" Wally nudged.

"Wrapped in what? Some cutesy little malachite box in the shape of Minnie Mouse's vulva?"

The door opened at the sixteenth floor.

"It's none of your business."

Wally stood in front of the door, trapping me, keeping it from closing.

"You've made it my business over the past two weeks of breast-beating, moaning, sighing, outbursts, tears, and pacing the damned living/dining/den area floor!"

"You're right, Wals. I've been a complete turd about it."

That admission so surprised him he let me slip out. I skipped down the hallway to the noise at 16J and rang the bell.

"I'm not staying," Wally whispered Hecate-like into my ear as the door was opened by Alistair's latest in a series of what he affectionately called his "amahs," one James Orkney Downes, a pale fattish man somewhere between thirty and Alzheimer's whom Wally called "Dorky" to his face and whom at home we referred to by Alistair's initial description of him as "The Last Truly White Woman in America."

"Oh, it's you," the White Woman intoned, moving aside to let us in. Somewhere within we heard what sounded like Ustad Akbar Khan playing the "Final Sunrise Raga." "He's over there, with the crowd." The White Woman lifted a snub nose to point politely.

Then, blessed by that muse of wit that sometimes descends even to the gutter, the White Woman looked at Wally's T-shirt—white block letters on a pure black background reading "DIE YUPPIE SCUM!"—and uttered, "That's cute."

I dragged Wally away before mayhem erupted, toward the group I assumed to be surrounding our host.

One hand searched like a living creature through a phalanx of backs ranged before us until fingertips touched my chin. The various backs between us were divided, and Alistair's face popped out, mostly eyes and cheekbones.

The others were swept away and the two of us engulfed in Alistair's army, leggy ambience. He gestured at a large fake Louis Quinze
fauteuil
, onto which he dropped.

"Dearest Cuz." Alistair smiled benevolently upon me, at the same time gesturing in the direction of two stools he wanted us to pull up and sit upon so as to be closer to him. "And you, Wallace, you shockingly handsome child stolen by my
cousin au second degré
out of your happy bassinet," gesturing for Wally to do the same. "How sweet of you to come celebrate with me. How beyond sweet!"

I was always surprised how Wally—who dishes Alistair to filth behind his back—simply basked almost openmouthed in his presence. Hypnosis, Wally always insisted, and it was true that he usually snapped out of it, if not completely, within five or ten minutes.

"How especially sweet of you," Alistair went on, "since I know you have Serious Business to attend to tonight—the demonstration," he said. "I know you especially, Wallace dear, must be itching to get out of this lumber room of deadwood and get over there with all your young and angry little friends."

I was checking Alistair over. He looked no worse tonight than he had recently—indeed, somewhat better. I decided he was wearing cosmetics.

"Naturally," Alistair allowed. Then he took Wally's hand in his and put on what I've come to know as Sincere Personality Number Three. "Joshing aside. I think it's terribly important what you ACT OUT people are doing."

"ACT UP," I corrected. Wally was too transfixed by Sincere Number Three to notice the libel. Or to notice that those streaks of gray in Alistair's hair were gone, erased no doubt by the White Woman's liberal application of Loving Care Mousse, Ash Blond... Not that I don't myself sometimes "touch up."

"We do appreciate it. Really we do," Alistair said. "We depend upon it at times to get through the day."

Wally, evidently still stupefied by whatever mesmeric pheromones Alistair was emitting, said, "We're doing it for ourselves too."

"I'm doing it for the B.V.M.," I said. "I'm dedicating this entire action to her, you know. I'm wearing a blue shift under this, and at the crucial moment I'll strip and reveal it."

This was what I called "cutting through the shit with garden shears."

"Isn't Cuz a pill?" Alistair said, laying a hand upon my knee. I couldn't help but feel it flutter there. And suddenly I realized what was different about him. The tic was gone, the bunched-up Guillain-Barré tic that had disfigured the left half of Alistair's face for weeks. Replaced, I supposed, by this unceasing subtle shaking. A form of Parkinson's, I assumed.

I was about to ask Alistair about it, and to find out the clever little name he and the White Woman had given it, when we were all saved by the bell. Someone from Show Biz had just been admitted, and Alistair's sixth sense about The Rich and Glamorous went onto full Red Alert. He removed his hand from my knee to pat his over-perfectly coiffed hair in preparation for the Meeting.

I got up and grabbed Wally.

"Can't have any liquor on our breath," Wally insisted. "Marshals insist on that."

"Cream soda," I protested, "Cel-Ray!" Neither of which I was certain he'd ever heard of, growing up as he had somewhere in Montana.

"Tonic water and lime," Wally said to the bartender standing behind the cloth-draped table set up between the kitchen and living room. "Who the hell is Mother Gin Sling?"

"Another one of your Alistair stories?" Wally asked with a hint of scorn. I wondered if he knew he had a blackhead. Probably not. He'd scream if he did, drag me into the john and insist I help get it out.
Pop!

"A minute ago Alistair could have fed you a live baby and you would have gobbled it down without salt," I said haughtily. "It's not another Alistair story. It's from a Josef von Sternberg movie,
The Shanghai Gesture."

"Dietrich?" Wally asked, and in that second I knew why I loved him: he tried, he actually tried, to know something that interested me, even though to someone his age it must have seemed chronologically about equal to the Parting of the Red Sea.

"Actually it was someone named Ona Munson no one ever heard of before or since," I explained. "She was probably sucking Sternberg's boot tips at the time. But she made a terrific Mother Gin Sling. Victor Mature was Dr. Omar. Very handsome with oiled hair and a fez. Very decadent. He seduces Gene Tierney into gambling."

Trouble in Paradise by Robert B. Parker
Goal Line (The Dartmouth Cobras Book 7) by Sommerland, Bianca
The Angels of Catastrophe by Peter Plate
The Thousand Year Curse (The Curse Books) by Taylor Lavati
Used (Unlovable, #1) (Unlovable Series) by Halat, Lynetta
Killer of Men by Christian Cameron
In the Arms of a Soldier by Makenna Jameison
The Inventor (The Legend Chronicles) by Meyers, Theresa
An Old Man And His Axe: A Prepper fiction book of survival in an EMP grid down post apocalyptic world (Old Preppers Die Hard 1) by Ron Foster
Crucible by S. G. MacLean
Our partner