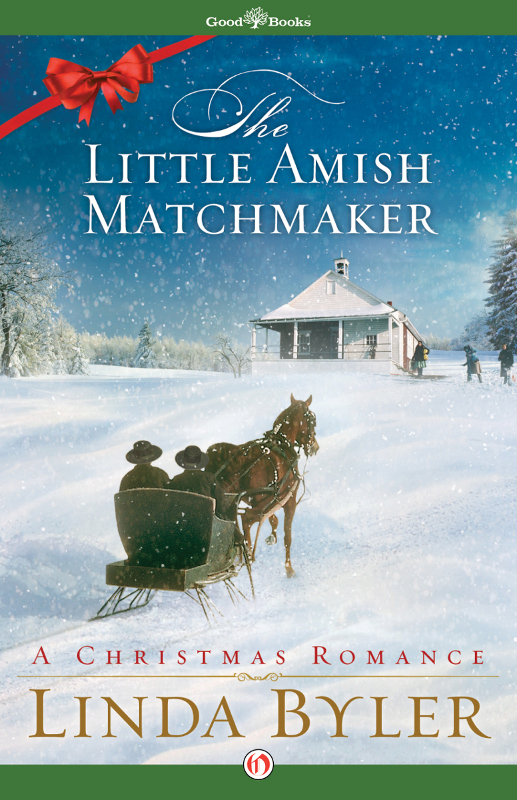 H
E GRIPPED THE HANDLEBAR
of his fleetred scooter with one hand, reached up and smashed his straw hat down on his thick brown hair as far as it would go, hunkered down and prepared for the ascent.

Traverse Hill was no child’s play, he knew. You had to stay sharp. Especially this morning, with the fine, hard snow just starting to drive in from the northeast, pinging against his face like midget cannonballs. They hurt.

His ears were two red lumps of ice. That was what happened if you didn’t wear a beanie to school, but Dat frowned on them, saying he never wore one. In his day, you wore your Amish hat to go to school, not a beanie, which in his view, was still the law, or
ordnung
, of the church.

He said this in the same level way he said everything: that half smile, the gentleness, the genuine kindness that was always in his voice.

Isaac had never heard Dat raise his voice in anger. He was firm, but always kind.
Ordnung
mattered to him. His family was raised to be conservative, strictly adhering to the old ways, never judging others who were less stringent.

Isaac thought Dat was a lot like God. He wanted your obedience, but it came easy, being loved the way Isaac was.

Sometimes, Isaac would have liked to have a beanie, or a red shirt that had faint stripes in it, or a pair of suspenders with prints on them, gray or navy blue or red. But it was not Dat’s way. Or Mam’s for that matter.

Mam was a lot like Dat, only she talked too much. She said the same thing over and over, which usually drove Isaac a little crazy, but Mam was just busy being Mam.

When Mam milked the cows, she lifted those heavy milkers as handily as Dat, her red men’s kerchief tied the whole way over her brown hair, her cheeks round and flushed, her green eyes snapping, always whistling or singing or talking.

Isaac’s eyes were green, like Mam’s. His last name was Stoltzfus, and he lived in Lancaster County, where a bunch of Amish people lived, making up a large community of plain folks, all members of the Old Order. Isaac was the youngest son in a family of 10 children. All of them were baptized, the older ones married in the Amish church. Seven sisters and two brothers.

Jonas got married to Priscilla a year ago in December. Mam said wasn’t that the most wonderful thing, attending your son’s wedding, being the guest of honor and not having to do a single, solitary thing all day except eat and sing German hymns, which, after talking, was Mam’s favorite thing to do.

The other Stoltzfus brother, Simon, was still at home. He was 21, and worked with Dat on the farm. The German version of Simon’s name was “Sim,” or “Simmy,” but since he was older, they called him Sim. He was already a member of the church, so he was never very disobedient.

Isaac was in seventh grade, attending Hickory Grove School, a one-room parochial school nestled in a grove of maple trees on the edge of Leroy Zook’s farm. There were 22 pupils. The teacher’s name was Catherine Speicher, and she was about the prettiest, sweetest girl he had ever met.

Isaac didn’t think girls were of much account. Not one of them had any common sense. They shrieked hysterically about nothing and sniffed in the most annoying manner when you traded arithmetic papers to check in class. They sniffed because they were mad that they had more wrong than he did. But they weren’t allowed to say anything, so they drew air in through their noses and batted their eyelashes, giving their faces something to do if they weren’t allowed to speak.

Girls were all the same, in Isaac’s opinion.

Except this new teacher, Catherine Speicher. She could stay quiet. Common sense rested on her shoulders, and she wore it like a fine cape. She was excellent with those squirmy little first-graders. Isaac had to be careful or he’d get carried away, watching her animated face as she explained letters and numbers to the little ones.

She was fancy, in a way. She wore bright colors and combed her blond hair a bit straighter, not rolled in as sleekly as his Mam or all his married sisters. Her eyes were so blue he thought they could be artificial, but Dat said those Speichers all had blue eyes, so he guessed they were the real thing. She was also kind, like Dat.

You could hardly disobey Dat and feel right about it. That was why Isaac wore his straw hat on weekday winter mornings. Dat was very frugal. Straw hats didn’t cost as much as black felt hats, so his and Mam’s boys wore straw hats, even in winter, except for more important times like church and funerals and maybe school Christmas programs.

Isaac’s plastic Rubbermaid lunch box rattled in the wire basket attached to his handlebars, and the wind whistled in his cold ears. The front brim of his hat jigged up and down. He closed his eyes to mere slits, enough to watch where he was going but nothing much besides. As he swooped to the bottom of the hill, his pace slowed, and he saw the dark forms of his classmates arriving from each direction.

The schoolhouse was hunkered down under the maple trees, its yellowish stucco walls withstanding the snow and cold, the same as it always had. There were paper candy canes and holly on the windows, the red and green colors looking so much like Christmas, especially now that it was snowing this morning. The Christmas program was only a month away, which sent little knots of excitement dancing in his stomach. School programs were nerve-wracking.

“Hey, Professor!” Calvin Beiler waved from his scooter, his gray beanie pulled low over his ears.

Isaac was used to being called “Professor.” It started as a joke, when he was fitted with a pair of eyeglasses, Mam taking him to Lancaster City to an eye specialist when he had trouble seeing the blackboard. His glasses were sturdy but plain, a bit rounder than he would have liked, but Mam said they were serviceable, strong and very expensive, meaning he had better be careful with them.

So because Isaac could multiply in his head, recite the Beatitudes in German, say “The Village Blacksmith” without missing a word ever since he was in fourth grade and was always at the top of his class, they started calling him “Professor.”

He was secretly pleased.

He had found out early on you couldn’t brag about it. That simply didn’t work. You kept your mouth shut about your grades, learned to praise others and then everyone liked you.

“Didn’t your ears freeze coming down that hill?”

Calvin grinned back, and nothing more was said. It was okay. Calvin’s parents were more liberal, allowing more stylish things like different colored sneakers with white on them, which looked really sharp. But somehow it never bothered either of them that Isaac wore black sneakers, plain all over. They just liked each other a lot.

They both loved baseball, fishing and driving ponies. Calvin’s parents raised miniature ponies, but he had a Shetland pony named Streak that was the color of oatmeal with a caramel-colored mane and tail.

Isaac had four ponies. He was very good with the ponies, Dat said, but only Calvin knew about Dat saying that, because it would be bragging to tell anyone else.

Best friends knew you through and through. You didn’t have to be afraid of anything at all. Whatever you said or did was acceptable, and if it wasn’t, then Calvin would say so, which was also acceptable. Or the other way around.

Like trading food. Isaac’s Mam raised huge neck pumpkins, not the round orange kind that everyone thinks of when you say pumpkin. Neck pumpkins were greenish brown, or butterscotch-colored, shaped like a huge gourd. Or a duck or goose.

Mam tapped them, picked them, peeled and cooked them. Then she cold-packed the mounds of orange pumpkin, set the jars away in the canning cellar and made the best, custardy, shivery-high pumpkin pies anyone ever had.

Calvin would trade the entire contents of his lunch box for one large slice of that pie. Isaac never took it, of course, just taking one of Calvin’s chocolate Tastycakes, those little packages of cupcakes Mam would never buy. Or his potato chips, and sometimes both. Then if Calvin got too hungry at last recess, Isaac would share his saltines with peanut butter and marshmallow cream.

When the bell rang, Teacher Catherine stood by the bell pull inside the front door, smiling, nodding, saying good morning. She was wearing a royal-blue dress and cape, her black apron pinned low on her waist. Her white covering was a bit heart-shaped and lay on her ears, the strings tied in a loose bow on the front of her cape.

Her cheeks were a high color, a testimony to her own cold walk to school, probably shouldering that huge, green backpack like always.

Isaac hung up his homemade black coat, putting his hat on the shelf. He ran his fingers through his thick hair, shook his head to settle it away from his forehead and slid into his desk.

Ruthie Allgyer slid into hers across the aisle, never turning her head once to acknowledge his presence.

Fine with me, Isaac cast a sidelong glance in her direction. He decided anew that girls were an unhandy lot. There she was, her eyebrows lifted with anxiety, a tiny mirror already held to her face as she scraped at a gross-looking pimple with a fingernail.

Yuck. He swallowed, looked away.

The chorus from the mouths of 22 children was a benediction for Teacher Catherine, who glowed as if there was a small sun somewhere in her face, then bent her blond head to begin reading a chapter of the Bible. Her voice was low, strong and steady, pronouncing even “Leviticus” right. His teacher was a wonder.

Ruthie sniffed, coughed, stuck her whole head into her desk to find a small package of Kleenexes, extracted one after a huge rumpus, then blew her nose with the most horrendous wet rattle he had ever heard.