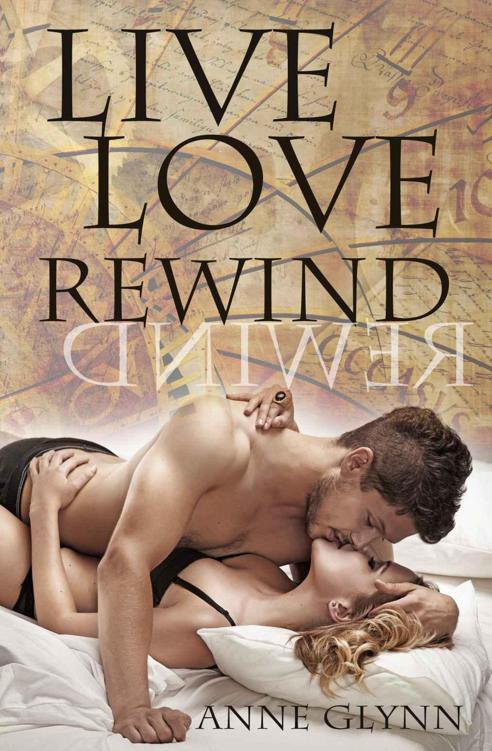 The Three Lives of Leah Preston

All rights reserved, including the right to reproduce this book or any portions thereof except in the case of brief quotations used in articles or reviews.

This is a work of fiction. The characters and events portrayed in this book are fictional and any resemblance to real people, events or incidents is purely coincidental.

The Blackpool Press name and logo are trademarks

May you live and love

and never, ever desire to rewind

In a moment, Leah Preston was going to have to fire her boyfriend. She just had to get through this telephone conversation first.

The voice on the other end of the receiver was pleasant but removed. “Orientation will start on the first Monday of next month.”

“I have it circled on my calendar.” Leah had used a blue marker to fill in the space for June 3rd:
Orientation 7:00 AM
. Magnets held the large black-and-white calendar to the face of the refrigerator.

Her live-in, Brandon, spent half of his days with his head in the fridge but had he even once mentioned the note she’d written? Of course not. If he’d noticed, he didn’t care.

“I’ll look forward to meeting you,” the voice said, not sounding particularly interested.

“You, too,” Leah replied, forcing enthusiasm into her voice. In truth, she wasn’t as excited about this new job as she’d hoped to be. While it fit comfortably within her skill set, it was awfully similar to the work she was already doing. Despite its fancier title, it was basically another nine-to-five administrative position, offering few personal challenges and almost no hope of significant advancement.

More than once, she’d questioned if she was making this job hop simply to be doing something new. Making a move across the country in the vague desire to shake up her life and possibly discover a fresh set of challenges to accompany the change in location. Making this effort, ill-advised or not, to convince herself that the coming years still offered the potential for change.

As a young girl, she’d certainly never fantasized about working at the dealer supply desk of a midsized construction supply company. She’d never had the least desire to develop business plans or attend endless meetings in windowless rooms. No child ever hoped to become just an organizational cog, spending her days as a liaison between a corporation’s manufacturing arm and its services department.

Once upon a time, her dreams were a thousand times grander.

If I’d known how life was going to turn out
, she reflected,
I’d never have wanted to grow up
.

None of which she could share with the woman on the phone. Besides, no one’s life turned out the way they’d hoped it would be. No one she knew was truly happy.

“See you in a couple of weeks,” the woman said.

When the call ended, Leah sat on the side of the bed, staring blankly at the screen on her cell phone. Tomorrow, she’d go into the office a half hour early and give her letter of resignation. Before she started typing it, she had another matter to get out of the way.

It was time to let Brandon know.

She went into the living room to find him where she’d left him, still sprawled across the sofa. His t-shirt had rolled up, exposing the half-moon of his rounded and hairy stomach. Even after she walked up to him, he couldn’t be bothered to shift one of his pasty white legs to give her space to sit down.

Fine. Be that way.

“Give me a minute?” she asked.

“Sure.” True to his word, his eyes left the television screen to focus on her. He wiped a strand of thick, blonde hair from his forehead.

“It’s not working out, B. We have different interests, different goals. It’s time for you to leave.”

“Me?” Brandon said disbelievingly. “Move out?”

“The lease is up at the end of the month. I told you, weeks ago.”

“I didn’t think you meant it.”

Was he serious? Leah said, “Everything’s been packed.”

Cleaned and folded, all of his clothing had fit into her two small suitcases. His electronic toys filled the large one.

“This is really inconvenient.”

“I’d like my suitcases returned. I’ve had them since I went to college.”

“What happened to us, Leah?” he asked, sitting up and sounding concerned. He used her thoughtful pause to drain his beer bottle. Seconds later, he erupted with a drawn-out belch.

“Life happened. We’ve been over all of this.” Although, she admitted to herself, she didn’t know how often he’d heard her. He was usually so focused elsewhere that she never knew if he was listening to her. It was possible he hadn’t heard anything she’d said in the last three months.

He said, “I would have completed law school if I hadn’t met you.”

“You’d still be flipping burgers if it wasn’t for me.”

Leah could have argued the point but why bother? They both knew the real problem.

They didn’t love each other. Maybe they never had.

Why don’t I love thee?
Leah pondered.
Let me count the ways.

Five months ago, you lost your job. It wasn’t your ideal career, I know you dreamed of being a hotshot defense attorney, but at least it provided an income. It was work. You remember ‘work’, don’t you?

Me, I’ve been your paycheck.

We haven’t made love in weeks. You were never a fantastic lover but ‘average’ is your new benchmark. Lately, you haven’t even tried.

You spend your days staring at fantasy lovers while ignoring the flesh-and-blood woman in your bedroom. You must think I’m okay with it.

We almost never talk but when we do, it’s mostly me, complaining about what you couldn’t bother to do that day. I tried to be supportive but supportive didn’t work. When you finally showed up for the interview I arranged, you wore a
Frodo Rules!
t-shirt.

Then you wondered why they didn’t call you back.

“It’s your mother, Marlene, isn’t it? She’s been whispering in your ear, turning you against me.”

Her mother could barely stand Brandon, that much was true. If he’d ever actually completed law school, passed the Bar Exam, and become a lawyer, she might have changed her mind. But those opportunities had long since passed.

“You’re making a mistake.” Brandon’s attention returned to the television. A girl in a bikini mouthed silently about the benefits of a popular weight loss program. “You think you’re so special?”

“You’re not particularly funny, or bright, or….” He let his words trail away but, for some reason, Leah knew the word he’d intended to use to finish the statement:
pretty.

“You think you can do better?”

Because, the implication lingered, who else would want her?
Divorced, mid-thirties, and nobody turns their head when you walk into a room. Why would they? You’re just another brown-eyed brunette, average height, okay build, marching toward middle age.

He’d always liked her legs, though.
Killer stems
, he called them, back in the days when he still wanted to climb between them.

Still focused on the flat screen, he added, “I can get a new girlfriend whenever I want.”

“A big-titted redhead. Get myself a fire crotch, that’s what I’ll do. Tomorrow, if the mood strikes.”

He was probably right. His blond good looks had started to fade but, in this city, straight, single men were a precious commodity. Even unemployed, somewhat overweight men with a preference for flip-flops, t-shirts and baggy shorts.

“I’ve called your sister,” Leah told him, “and she’s holding the spare bedroom for you.”

“Really.” He remained wedged in the sofa.

There was a gnome lurking on the concrete walkway of the Skyline Apartments. Ancient and wrinkled, she frowned when she saw Leah Preston walking toward her.

“Do you know where the South Tower is?” Leah asked the gnome. “Whoever designed this place has never seen a compass. Their south is not my south.”

“I’m new here and it feels like I’ve been wandering around for hours. I’m in apartment 107S.”

The gnome stomped her metal walker closer, its front leg barely missing the tip of one of Leah’s shoes.

“I’m going to be late,” the creature said, in a high and wavering voice. “Your fault.”

“Move!” Using the walker as a battering ram, the sour-faced gnome shoved past her. Her short, thick legs propelling her to the nearest elevator, she stabbed her finger at its call button.

Neal Terenzio did landscaping for the complex. She’d seen him when she’d taken a tour of the buildings, his shirt stripped off to expose his powerful chest and arms. Older than her, he was attractive in a manly, craggy-faced kind of way.

“Rita has lived at Skyline since the place was built,” Neal explained. “She’s mostly deaf and, as even her daughter will tell you, she’s never been very genial. The only thing that makes her happy is our mid-morning bingo games.”

“We have bingo here?”

“Every weekday in the rec center. Pity the poor soul who makes Rita miss the first spin.”

“Is there a Mister Talsman?”

“He passed away six years ago. I went to the wake, saw him lying in his casket. Russell never looked happier.”

Pulling off his work gloves, Neal said, “The walk to the South Tower is lined by purple and white flowers. Follow those and you’ll never get lost.”

“Does each walkway get its own floral decoration?”

“It’s all part of the design. The South Tower has my favorite, the Sierra Blazingstar. Let me walk you over.”

“There’s no need to pull you away from your work. I know where I’m going now.”

“It’s time for my break, anyway.” He smiled warmly at her. “Sad is the day when I can’t spend a few minutes with a beautiful woman.”

Was he hitting on her?

If he is
, Leah thought,
there are worse ways to begin my morning.

He chatted as they walked, explaining that the area was bordered by over a hundred acres of woods and telling her how he’d tried to incorporate the elements of that natural growth to enhance the beauty of the buildings around them. He spoke with pleasure as he identified the flora that surrounded them.

Neal clearly had an affinity for his work. When the cell phone in his back pocket buzzed, he ignored it. Leah doubted that he spent his evenings peering into a computer screen. She couldn’t imagine him with a game controller in his hand.

In short, he was the polar opposite of her last boyfriend. The anti-Brandon.

He touched her wrist lightly. “I have something I’d like to give you. A potted flower, a cousin of the Ash Meadows Blazingstar.”

On the third finger of his left hand, he wore a golden wedding ring.