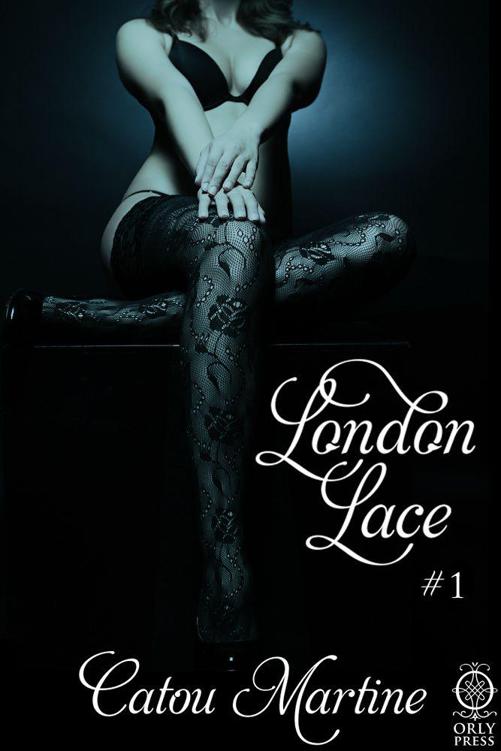 When Eliza Keating walked down the street, heads turned.

As the owner of Candied Locks, a prestigious hat shop that dressed the best heads in London society, she was often looked to for the latest in fashion trends. But this hadn’t always been the case.

If Victoria Manning, socialite and heiress of the Monarch Jewelry Empire, had never wandered into Eliza’s alley-access-only Soho workshop six years ago and ‘discovered’ her, she might still be toiling at her craft with sub-par materials and uncomfortable conditions, barely making ends meet.

Whether it was luck or fate or the alignment of the stars that induced Victoria, recently engaged to Lord Tatum Montgomery, to wander the soiled alleys of Soho in search of unknown designers to help make her wedding the most unique of the season, Eliza would never know. But she thanked those unseen powers every day.

The Manning Montgomery merger had been the social event of the season and it had put Eliza on the couture map. That exposure had led the cream of London society, including some royalty, to flock to Eliza’s salon in Piccadilly.

But even more than the commercial success the heiress’s attention brought to Eliza’s millinery craft, Victoria—in private, simply
Tori
—had also offered her friendship.

As Eliza stepped into the Orangery at Kensington Gardens to meet Tori for tea, she noticed the table was set for two.

“She called to say she’d been held up with a client, an
important
one.”

Stella Crowe, Eliza’s first friend at the London School of Fashion Design, had also been yanked out of mediocrity when Victoria had asked her to design all of her bridesmaids’ dresses. Stella now had a two-story shop on Bond Street that was abuzz as early as January and right through until September.

Eliza set down her bag and umbrella and slipped out of her jacket. A waiter took her garments and disappeared toward the coat check as she sat down.

Eliza sat and draped her napkin across her lap. A silver teapot and tray of sandwiches and pastries was set on the table.

Tori’s smile was broad and sweet and rearranged the fair freckles on her cheeks. Her pale gold hair, straightened and silky smooth, as was so fashionable these days, fell across her shoulders like liquid sunshine.

“I know you’ve told me never to set you up on a blind date again, not after the bungles I’ve made, but I do need you to ask you, pretty please, to do me just one more favor.” She batted her eyes, wide and blue as the Mediterranean in springtime. Eliza noted the mischievous twinkle lurking within the innocent gaze.

Eliza said, “Don’t tell me, he’s some ill-bred son of an uncle’s cousin with one leg shorter than the other.”

“As long as a
certain
body part isn’t short, what does it matter?” Tori giggled.

“All right, all right. I admit he
is
related to Tatum, the son of a cousin on his father’s side, or some such thing. He’s a Montgomery, knighted I think. I assure you his legs are perfectly even lengths. As for the other length, I’m a married woman and know nothing about
that…
”

“If he’s a Montgomery, what does he want with the likes of me?”

Tori looked down at her tea and sighed again. “Please don’t be offended, Liz. He’s rather the black sheep of the family.
Hates
anything aristocratic. And don’t take this the wrong way, but he simply will not date anyone in society. No one knows what to do with him.”

“Tori, I’m well aware of my humble beginnings and grateful that you and your friends have helped me be so successful. You’ve been a wonderful friend to me. And I know you care, but you are not the best matchmaker. I’ve learned the hard way.”

“Liam and Godfrey weren’t half bad.”
Short but sweet.
“But you were way off with that Taylor Attford fellow…”

Foppish, dull, and lacking self-control, Taylor Attford had shown up drunk for their first date, and early. He’d come to Eliza’s shop to pick her up after work, which he’d thought was at six though she had been very clear it was seven. She’d shown him into the back room to wait and as soon as the door had closed he’d begun groping her and mashing his whiskey-soaked lips against hers.

The sudden physical ardor had been a shock, though somewhat arousing. It had been a while after all. She’d asked him to stay put on the sofa when she heard the tinkle of the store chimes. She was kept busy with customers for about a half an hour, after which she decided she might as well close up early and get this date over with. If she prevented him from drinking too much more he still might be of some use to her later.

But when she returned to the back room, she found him in the final throes of self-pleasure, the straining pink head of his short, thick cock erupting at that very moment into the felted chalice of a partially-constructed cloche hat. He pumped and pumped, not noticing her until she’d slammed the door. He looked at her then, drunkenly relieved and sated, his penis already softening in his hand, the cloche dampening under his mess.

It was the ruin of the hat that enraged Eliza the most. She’d stomped over, ripped it from his hands and forced it, semen-soaked, onto his coiffed blond head before shoving him out the door and into the street.

She’d never seen or heard from him again.

Eliza poured a little milk into her empty cup and then added more tea from the silver pot sitting on the table between them.

Eliza asked, “Have you even met this cousin? Does he have a name?”

“I’ll be meeting him at dinner this evening. I’ll check him out, first, I promise. His name’s Todd Montgomery.
Sir
Todd, I suppose, but he doesn’t like to be addressed that way. He’s staying with the family this spring. He raises racehorses in Devon or some such thing, but I think he’s squandered a small family fortune on that venture and they want him back in London to work in one of the businesses. He probably doesn’t have a decent thing to wear after living amongst animals these last few years.”

Eliza set down her cup and said, “I’ll tell you what. I won’t let you set up some awkward dinner date or anything, but why don’t you suggest he come by the shop one afternoon and we can go for coffee.” And she would by no means let him into the back room. “He probably needs a top hat for all the events you’ll undoubtedly drag him to.” Eliza held up a finger. “But only,
only
, if his legs are
exactly
the same length.”

They both giggled and moved on to talking about the length that might lie between those legs.

Victoria hadn’t always been this bawdy. In fact, she had been a virgin when they had first met more than six years ago. During the intense focus of wedding preparations, Eliza and Tori had become fast friends, with Tori eventually confessing to Eliza about her lack of experience with men. Eliza had helped her get prepared for her wedding night, and their intimate conversations had quickly sealed their friendship.

In the years since, Tori’s and Tatum’s marriage had been happy and fulfilling. Together they graced the society pages nearly every week. And Eliza had become and remained the go-to designer for hat fashion for the biggest heads in London, literally and figuratively. Even Eliza had been photographed once or twice for the society pages, and her work was mentioned often. She wouldn’t be surprised if this tea with Victoria ended up being mentioned on the weekend, provided some scandal didn’t hog up the headlines.

The truth was, Eliza would do just about anything for Tori. And meeting another Montgomery might not be such a tortuous event if Tatum was any indication of the looks that family could produce. He was a real catch, and utterly devoted to Victoria. Only alone in her flat above the shop did Eliza admit any niggling sense of envy. She was happy with her life, had moved in circles she had only ever read about in newspaper columns, was taken on lovely dates with men who were only slightly threatened by her humble beginnings and present economic success, but she had never fallen in love.

A little over a week later, a man in a casual tweed jacket and khaki slacks paced outside the front window of Candied Locks. Eliza was pinning silk flowers and peacock feathers on a wide-brimmed sun hat that sat atop a head-and-shoulders mannequin at one end of the retail counter. She busied herself with her task while two young women, one the daughter of a regular client, browsed the shop’s collection.

With pins in her mouth and ribbons twisted around her fingers she kept one eye on the girls and one eye on this seemingly indecisive and irritated man outside the store window. There was something about his brow and nose that looked familiar. At a certain point he crossed his arms and the affectation reminded her of Tatum Montgomery. Was this the black sheep Sir Todd then?

A moment after crossing his arms he uncrossed them, stuffed his hands in his pockets, and stormed across the street, causing one car to skid and another to toot its horn. He pushed his way into the coffee shop on the corner.

Eliza put her pins down, hiding a smirk. She twisted the silk flowers into their final position and smoothed out the peacock feathers.

“Can you attend to Miss Sarah and her friend if they have any questions? I’m going to run across the street and grab a coffee. I’ll bring you back a tea.”

“No need. I’ve got some brewing back here already.”

Eliza’s assistant Carmen Balboa was a design student from Barcelona who’d begged for an internship at Candied Locks two years earlier and stayed on as Eliza’s right-hand woman. Creative, neat, intense, and not overly talkative, Carmen was an ideal assistant. After several more years under Eliza she would no doubt launch own millinery business somewhere in Europe. Ideally, Carmen wanted to go back to Barcelona but she was dating a law student from Italy so Rome might be a future possibility. Eliza was secretly hoping Antonio would land a solicitor’s job in London. It was hard to find good assistants.

She tied up these stray thoughts as she tidied up her loose ribbons. If Sir Todd Montgomery wouldn’t come to her, she didn’t mind walking across the street to him. Neutral territory was a good idea anyway. She plucked a riding cap from the shelf and tucked it under her arm as she left the shop. She hoped he’d recognize it as a sign of friendship.

She entered the coffee shop, setting the little bells chiming. He had taken a table by the window with a view of her shop across the street, which meant he’d probably noticed her crossing the street. On his table, a single-serving teapot and a scone sat beside a folded portion of newspaper. He glanced up, still frowning, when she walked in. When their eyes met, he dropped the frown and blinked.