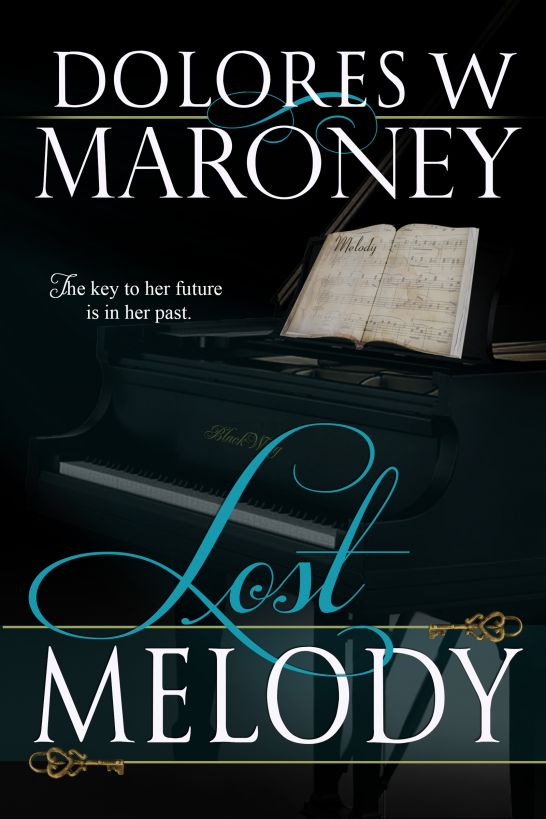 eBooks are not transferable. Please do
not sell, share or reproduce in any way as it is an infringement on
the copyright of this work.

This book is a work of fiction. Any
resemblance to persons, living or dead, actual events, locale or
organizations is entirely coincidental and the product of the
authors imagination or have been used fictitiously.

This ebook is licensed for your
personal enjoyment only. This ebook may not be re-sold

or given away to other people. If you
would like to share this book with another person,

please purchase an additional copy for
each recipient. If you’re reading this book and did

not purchase it, or it was not
purchased for your use only, then please return to

Smashwords.com and purchase your own
copy. Thank you for respecting the hard work

I conceived this story while driving down
the interstate, all alone in my daughters old Taurus that just
happened to have a kick-ass stereo. I don’t remember the exact song
that triggered the idea, but it featured a drum solo that made me
forget for a moment that long-haul truckers were buzzing past me at
dizzying speeds. So, first I have to thank Sarah for the
opportunity to drive her car that day. I doubt I would have come up
with the story line under any other circumstances.

Since I know nothing about music or the
recording industry, writing about a musician was problematic. For
this, I turned to my cousin Rod Wall who is a musician and
songwriter. He was gracious with his time and his knowledge, and I
suspect he rolled his eyes at my ridiculous questions a time or
two. Thanks to email, I was spared knowing this and choose to think
it only happened sparingly.

Over the years, I entered the manuscript in
a few contests and I can’t thank the judges enough for their honest
feedback. As THE KEY OF LOVE, it came in second in the Celtic
Romance Writers Golden Claddaugh Contest, and as LOST MELODY it won
the Contemporary Romance category of the Music City Romance Writers
Melody of Love contest.

Without a doubt, this story would never have
seen the light of day without the input from my friend, fellow
writer, and cover artist, Talina Perkins. Many people read my
original manuscript, but Talina, God bless her, took time out of
her insanely busy life to critique for me. Her insight prompted a
complete rewrite that I am satisfied now is ready for the world to
see. The fabulous cover is all her doing, too.

Many thanks to my editor, Laura Garland.
Every time I receive an edited manuscript back from Laura, I am
reminded that I am nothing more than a storyteller. She is the
brains behind my grammar, punctuation, and sentence structure. Any
errors in those areas are either intentional on my part or
completely my fault.

Lastly, I must thank my family for indulging
me in my storytelling career. Without their support and
encouragement, I would never have the courage to pursue my
dream.

You make my heart
sing.

Mel pumped a nickel into the antique
parking meter in front of The Donut Hole and went inside. She
paused to savor the intoxicating medley of aromas that never failed
to jump-start her system—even after a near-sleepless night. Fatigue
rolled off her shoulders. She smiled and greeted a few familiar
faces with a wave over the crowded shop.

She took her place in line and thanked
goodness for the owner's hot chocolate making skills. In the few
months she had been in Willowbrook, a cup of Cathy's concoction had
become her morning addiction. It was rich and decadent enough to
inspire her to give her new life another chance.

At last, her turn at the counter
arrived. Cathy smiled warmly at her. Gratitude for her friendship
filled Mel with contentment.

“Morning, sunshine,” Cathy said,
taking in Mel’s appearance and coming to the correct conclusion.
Nothing got by her. “Another bad night?”

“So so. I think I'm getting better,”
she lied. She'd hoped moving to a new place, one far away in both
distance and demeanor, would be the magic cure for her sleepless
nights, but it hadn't proven to be the case. It seemed her problems
were destined to follow her wherever she went.

“I don't get it, girlfriend. There's
nothing in Willowbrook to keep a person awake in daylight, much
less at night.”

“I know. It's not the town. It's me. I
just don't sleep well. Maybe I'm part vampire,” she joked, knowing
it wasn't the undead keeping her awake.

“I read something about an herbal
remedy…Melatonin, I think it was called. The name reminded me of
you. Mel…Melatonin. Get it?”

She smiled at the well-meant help. At
least her new friend cared enough to offer whatever she could.
“Yeah, I get it. Thanks, but I've tried it. Didn't
work.”

“Oh well.” Cathy shrugged. “What will
it be today, the usual?”

“I've got an interview, so two hot
chocolates, and pick out half a dozen doughnuts for me. Anything
will do, but make sure at least one has chocolate on
it.”

Cathy filled the order and passed it
over the counter. “I'll put it on your tab.”

“Thanks. Remind me to settle up at the
end of the week.”

“Oh, don't you worry! Go on, I've got
customers waiting.”

Mel held the door open for the group
of silver-haired ladies who met at The Donut Hole every morning to
gossip over pastries and coffee. She’d love to write an article
about them one day. They probably had a million stories to tell
about the town, and every one of them would be good. The last one
through the door thanked her, and Mel headed to her Jeep. She
tossed the doughnut bag onto the passenger seat, stowed the two
steaming cups in the built-in cup holders, and went in search of
her interviewee.

She pulled to the curb in front of 755
Pecan Street and cut the engine. The house looked like all its
neighbors, except for the rioting scarlet azaleas in bloom along
the base of the raised porch. She peered through the open front
door behind the rusty screen. Seeing no one inside, she rapped her
knuckles against the screen door sending it clattering against the
jamb.

She stepped back, taking a moment to
admire the neat yard and well kept flowerbeds. The next-door
neighbor tended her rose bushes, wearing a broad brimmed straw hat
and rubber gardening clogs. The woman turned, revealing a sleeping
infant in one of those backpack things hanging from her shoulders.
Mel squashed the ping of envy that inevitably came when she saw a
mother with her kids. Maybe one day….

No. It was a dream she’d let go of a
long time ago, along with the one about finding a guy who didn’t
mind her being a fugitive from her own life.

A bee buzzed around her head and
zeroed in on the bright spring buds surrounding the porch. She
closed her eyes and breathed in the morning air tinged with the
intoxicating sweetness of roses and the fresh clean scent of wet
earth. Aromatherapy at its best. If peace had a scent, this she
thought, was it. As tempting as it was, she couldn’t stand on the
porch all day. She had a job to do.

She knocked again, and getting no
answer she turned to leave.

“Just go on in,” the woman next door
spoke, halting Mel halfway down the steps. “Henry is in there
somewhere. He won’t mind.”

She wiggled her fingers at the
neighbor—the best she could do with her hands full—and backtracked
up the steps. Life in Willowbrook, and in rural north Texas, was
different than anything she had ever experienced. Few people locked
their doors, and everyone knew everyone else’s business. In a few
short months, she had grown to love the lifestyle. At first, the
similarities between her busybody neighbors and the paparazzi had
shaken her, but it hadn’t taken long to figure out the difference.
Folks in Willowbrook took care of each other—like a
family.

She juggled her offering of doughnuts
and hot chocolate and tried the screen door. It was unlocked. No
surprise.

She stepped cautiously into the living
room. The furniture was dated but not worn out. Morning light
through the front window illuminated a faded floral rug over a
hardwood floor. Other than a novel resting on a small table next to
an overstuffed recliner, the room appeared little used.

She moved with caution,
announcing her presence as she went. She could just see tomorrow’s
headline—
Reporter Frightens Elderly
Resident to Death
. Or another
possibility—
Elderly Resident Mistakes
Reporter for Burglar and Opens Fire
.
Neither one held any appeal.

She passed the tiny dining room and
kitchen. They were both empty, which left only the short hallway
and the bedrooms to explore. She entered the passage on trembling
legs. Her imagination conjured every terrifyingly possible
scenario. Poor Mr. Travis might be incapacitated on the bathroom
floor…or worse.

Only three doors opened off the hall.
Two bedrooms and one bath, she surmised—much like her own house a
few streets over. She peeked around the first door and breathed a
sigh of relief. The tiny bathroom was empty.

She leaned against the wall and closed
her eyes. Her heart beat a wild rhythm in her throat and a pent-up
breath rushed past her lips. She took a moment to gather her
courage and checked the next room. A bedroom. It, too, was
scrupulously clean and empty.

A faint rustling of papers drew her
attention to the final door. Adrenaline flowed and her heart raced
even faster. Fearing the worst, she sucked in a steadying breath
and stepped into the open doorway.

The man seated at the antique
secretary didn’t fit the house. Literally. He overwhelmed the small
bedroom-turned-office. Long, denim clad legs stretched across the
room. His feet, encased in canvas sneakers, tapped a silent rhythm.
An overweight black Labrador Retriever slept on the floor next to
his chair. The useless watchdog rolled her brown eyes at Mel but
didn’t move from her position.

“Hello,” she called. Neither one
stirred. The dog was either very well trained or the laziest canine
on the planet. She couldn’t imagine what the man’s excuse was. Then
she noticed the thin wire snaking across his chest from his shirt
pocket to the tiny earbud headphones he wore. She shrugged and
leaned against the doorframe. No wonder he hadn’t heard her. He
probably had the volume so high he wouldn’t hear a freight train
bearing down on him.

If this was Mr. Travis, he was younger
than she expected—perhaps thirty. Certainly no more than
thirty-five. His sandy hair was cut in a familiar style.
Willowbrook had one barbershop and one barber, Judd Spencer. Her
first week on the job she had been asked to write an article on the
aging barber who had been doling out the same haircut to any and
all comers for the last forty years.

She noted the man’s strong, cleanly
shaved jaw. He wore surprisingly stylish reading glasses, Ralph
Lauren if she knew her logos, and she did. The sleeves of his
starched dress shirt were rolled to reveal the corded muscles of
his forearms. He held a sheaf of papers in long fingers.

He looked like he should be in a
magazine ad for…something. Men's cologne, a sexy watch perhaps.
Whatever. He was too sexy to be in this house—or in Willowbrook for
that matter.