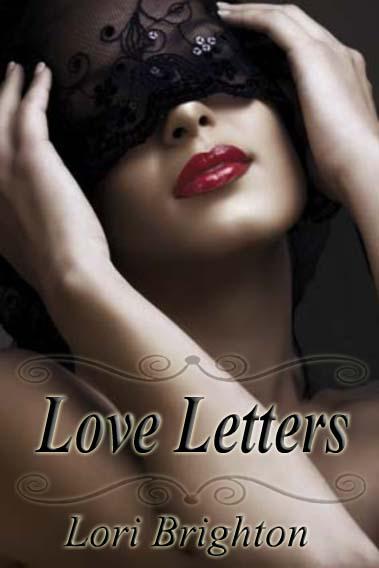 All rights reserved. Without limiting the rights under copyright reserved above, no part of this publication may be reproduced , stored in or introduced into a retrieval system, or transmitted, in any form, or by any means (electronic, mechanical, photocopying, recording, or otherwise) without the prior written permission of both the copyright owner and the above publisher of this book.

This book is a work of fiction. Names, characters, places, brands, media, and incidents are either the product of the author’s imagination or used fictitiously. The author acknowledges the trademark status and trademark owners of various products referenced in this work of fiction, which have been used without permission. The publication/use of these trademarks is not authorized, associated with, or sponsored by the trademark owners.

The Art of Seduction

A Historical Romance by Lori Brighton

Clara Cameron was a firm believer that desperate times called for desperate measures. As she stood in just about the worst part of London one could find, she never imagined she’d be this desperate. Still, it could be worse; she could be selling her virginity instead of merely her body.

The hired hack jerked to life behind her, horses neighing.
Their eagerness to escape this hell evident in their quick steps.
Clara’s heart leapt into her throat. Her only means of escape was currently thundering down the cobbled street without her.

Before she could utter a word of protest, fog enveloped the vehicle and muffled the thump of wheels on rock.
Moments
later silence settled… cold and chill, much like the weather. She was stuck.
Truly stuck.
Surely she must be mad to have come here. But what choice did she have?

The word felt as dark and oppressive as the night. The streets void of vehicles, she had no means of getting home without walking. Even though it was the eve of Christmas, in this weather and in this part of town, she hadn’t the slightest desire to stroll unescorted.

“You’ve truly trapped yourself now, you bloody idiot,” she muttered.

Unwillingly, her gaze went to that tall building looming across the lane.
Her salvation or her demise?
There was no merry Christmas greeting coming from the weathered beast. No wreath, no holly. But then none of the surrounding buildings offered a cheerful greeting. No, here, in this hell, people didn’t have the coins to celebrate the holiday. And there was no snow to cover up the dreariness.
Only gray and brown sludge covering gray and brown buildings on gray and brown streets.

Clara took in a deep, trembling breath.
Best to get it over with.

Clutching her cloak tightly to her, she darted across the lane, slipping and stumbling across icy stones. Reaching the stoop, she paused, her breath forming clouded puffs of air that hung suspended before her. Up close, the building was worse than she’d expected. Dried ivy crawled up brick as if the monstrous vine was attempting to consume the building. She had no doubt the ivy would win.

What sort of person would reject celebrating the holidays in the warm bosom of his family and instead choose isolation and gloom? Certainly not the man she knew. Had she made a mistake? Was she at the wrong address? She glanced left, then right. An old woman shuffled down the lane, mumbling softly to herself. She didn’t bother to look her way; merely another soul lost in the late night dreariness of London.

Clara pulled her hood lower, attempting to hide her features. She knew, should someone sane pass, that a young woman on the streets at this hour would cause suspicion. She raised a gloved fist, only to hesitate.

I have no choice,
she repeated. She lowered her hand. Her knuckles thudded against the wooden panel. Before she lost her nerve, she knocked again, louder, in quick succession. Shivering, from cold or fear, she wasn’t sure which, she stepped back and waited. A bitter drop of rain hit the end of her nose. She swiped at the drop and shifted back and forth in impatience.

There’d been no heated bricks to keep her feet warm in the hired hack and her toes stung with numbness. Although her skirts were thick, the material did little to keep the wind at bay. She went down a step, peering up at the windows for any signs of life.

Another drop of rain hit her cheek.

She was just about to turn away when footsteps thudded from behind the door. Clara’s heart stopped. For one brief moment, she swore her heart actually stopped. She refused to recognize the tremor that rushed through her body as excitement. No. She wasn’t excited, merely relieved. The knob turned slowly. The door opened just a sliver, paused,
then
opened further. A thin man of plain features peered from the darkness. Not the man she was expecting…not a man she knew. Clara drew back.

“You’re here for the position?” he asked in a refined voice that could rival the best of London butlers.

Of course Brendon would at
least
have a butler. What a ninny she’d been to think he was a recluse living alone in darkness and poverty.

Slowly, he looked her up and down as if judging her worth, his astute gaze taking in every detail. Clara held her breath, waiting for his approval. She hadn’t thought about what she’d do if she was turned away.

“Very well.”
He stepped aside.

Relief tasted as sweet as peppermints. Giving the man a polite smile, she stepped gingerly across the threshold. Her smile fell. The dingy foyer looked uninhabitable. Only a small table holding a lantern decorated the sparse and dusty space.

“Follow me.” The butler took the lamp by the handle and moved up a narrow set of steps.

Clara rested her hand on the railing and started after him. The steps creaked and groaned under her weight, the only sound in the quiet abode. Each step further up, her heart beat a little faster. She’d refused to let herself think about her situation, but now that she was here…

Light from the lamp slashed eerie shadows that danced and leered against the walls and sent her imagination spiraling. At the second story they didn’t pause. She had only a moment to study the long, dark hall and see that the place was just as dreary as below.

She shivered and quickened her steps, hurrying after the butler. She’d known Brendon had changed, but she hadn’t expected this. Why would a man of his means lease a house among this poverty? Why not merely hide away at his country estate?

They paused on the third floor. The butler glanced at her briefly, his gaze unreadable. “A moment, if you please.” He knocked on the only door at the top of the steps.

Almost immediately a gruff voice responded. “Yes, Smith, what is it?”

Clara studied the tone of that simple question, looking for signs of recognition. But the words had come too fast, leaving her unsure if she knew the voice or not. The butler opened the door. A large, open attic spread before her, a blazing hearth at the far end the only source of heat. The area was occupied by a bed, a settee and shelves lined with paintings and statues. Clara stood frozen on the threshold, her gaze pinned to those pieces of art. Beautiful pieces, talented pieces.

“The model you hired, Sir,” the butler announced.

Sir.
Not
my lord.
How very odd. Footsteps thumped purposefully against floorboards, drawing her attention to the rest of the room. Would Brendon recognize her?
Doubtful.
It’d been ten years since they’d last seen each other. She’d been a mere fifteen years of age, a child really. He’d been twenty.
Too old to notice a doting girl.
But she’d noticed him…how often she’d noticed.

Smith quirked a brow, waiting for her to enter and obviously impatient to get back to whatever duties he held. Not cleaning, that was for sure. Swallowing hard, she stepped into the large attic room. The sound of wood creaking underfoot was barely audible over the thundering of her heart. The door shut with a thud. Clara spun around. The butler was gone, leaving her alone…with Brendon. This time more slowly, she turned.

A dark form shifted near a table laden with clay and tools. Her heart warmed, contracting almost painfully. Hungrily, she studied the man. He was tall, taller than she remembered. His broad shoulders were highlighted by the three lanterns placed on tables around the perimeter of the room. What clothing he wore, only trousers and a white shirt, were smudged with charcoal and dust. He was a mess, and he was lovely.

She took a hesitant step closer, narrowing her eyes. At least…she assumed it was Brendon. As his back was to her, she wasn’t positive. Why wouldn’t he turn? His indifference hurt more than she wanted to admit. She took her lower lip between her teeth. The man’s dark hair was overly long, in need of a cut and not bothered by a queue. The sleeves of his shirt were rolled to his elbows, showing sinewy, muscled forearms.

He lifted a chunk of gray clay to a table, letting it fall with a thud that sent a puff of dust into the air. As Clara coughed he shifted and a pistol came into view. A small gun gleaming on the tabletop, reminding her of what part of London she stood. Clara sucked in a breath. Why would he hole himself up in a place so dangerous? As if sensing her nervousness, he pulled open a drawer and pushed the weapon inside.

“Undress.”
His deep voice shocked and warmed her with recognition.

She’d known her old feelings would resurface in his presence. Known her heart would thunder madly. But she’d never guessed how painfully wonderful it would be to see him once more. It was him, after all. She’d recognized the voice anywhere, had heard it many nights in her dreams. Just as quickly as her excitement came, it dissipated as the meaning of the word he’d spoken settled into her fuzzy mind.

Undress?
Heat shot to her cheeks. She’d been fully aware of what her position entitled. The letter she’d received upon applying stated quite clearly that she would be nude. Now that she was here…the realization of what she was about to do fell into her gut like a stone.

Out Of The Shadows by Julia Davies
The Choosing (The Arcadia Trilogy Book 1) by James, Bella, Hanna, Rachel
Here Comes Trouble by Becky McGraw
Marilyn Monroe by Barbara Leaming
Who We Are by Samantha Marsh
Cross-Checked by Lily Harlem
The Mafia Trilogy by Jonas Saul
Dana Marie Bell - Heart'sDesire01 by T L
The Rise of my Chic by Chris Schilver
Coming of Age by Ciana Stone
Our partner