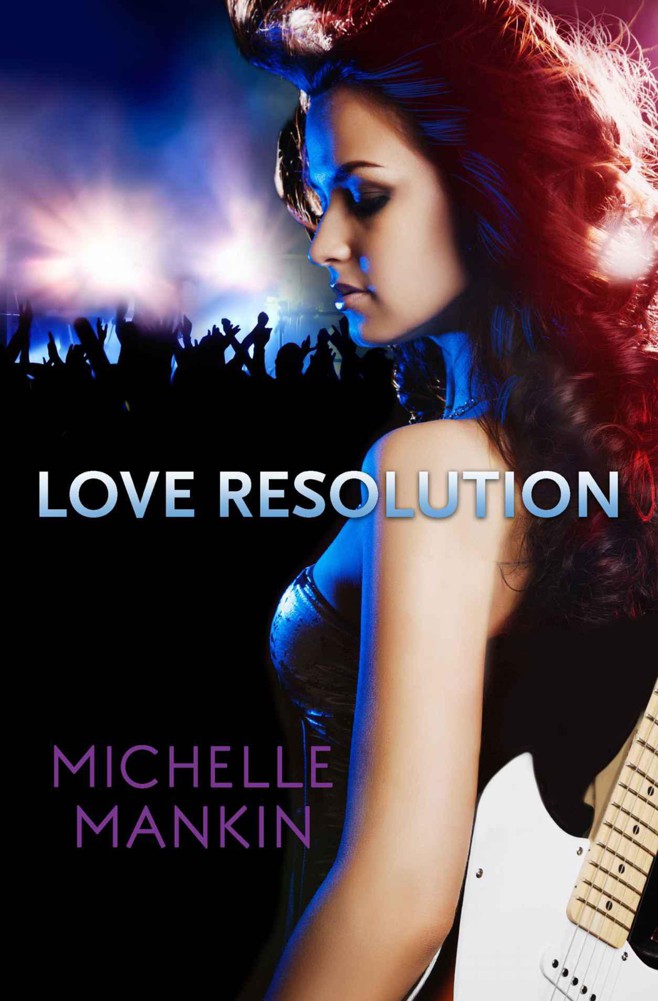 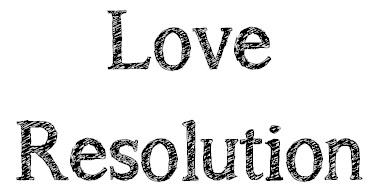 Discover other titles by Michelle Mankin at
Amazon
.

The most beautiful music in the world is kindness.

This one is for you

Resolution
(rez’ uh-loo’shuh n)
n
. A course of action determined or decided upon.

“What are you doing here? Avery gasped, glaring back at the man who stood across from her in Black Cat’s downstairs corridor. He looked so much older and thinner. The thick black hair she remembered had gone almost completely grey.

“I came to see you.” Worry lines etched the corners of eyes the same deep emerald as her own.

“You shouldn’t have,” she replied bitterly, her heart seething with anger. “I don’t want you here.”

To say it was a shock to see him was an understatement. She was furious that he had found her. Seeing him here brought to the forefront emotions she had tried to leave forever behind.

Marcus’ hard forearm tightened around her slender waist. “Who
is
this guy, Ace?”

“He’s my father,” Avery informed him in a disdainful tone.

“Avery,” her father began, letting out an uneven breath. “I’ve been trying to find you and your brother since the night you ran off. It’s been almost four years. Four years of wondering whether you were dead or alive. Then I saw your picture on the cover of a magazine in the supermarket checkout. I found out where you were, applied for a leave of absence from work, and booked a flight to Vancouver. I had to see you.”

“I really wish you hadn’t.” She closed her eyes tightly, trying to quell the rush of painful memories that the sound of his voice brought back.

“Kat, please,” he pleaded, his gaze darting up and down the corridor. The muted sound of a voice singing spilled from the recording room across the hall. “Can we go somewhere and talk?” He gave Marcus an uncertain glance. “Just the two of us? I want…”

“I don’t care what you want, old man.” Avery cut him off, taking a determined step toward him, her heart pounded in her chest. “I’m not going anywhere with you. Anything you need to say can be said right here, right now, and in front of Marcus. He’s my fiancé.”

“He’s always called me by my middle name,” she clarified before focusing back on her father. “You gave up the right to ask me for anything when you started using my body as your personal punching bag,” she told him, her voice filled with accusation. “The outside bruises may have healed, but the inside ones remain.”

He cringed. “Of course, you’re right,” he admitted softly, his expression pained “Absolutely. I know that, Kat, but…”

“Don’t call me that,” she snapped, eyes flashing. “It’s Avery now. I’m not that scared little girl you can push around.” She’d gotten so worked up that her hands were clenched into fists and her vision was swirling in a red tinged haze.

Marcus reached over and gave her arm a reassuring squeeze.

“I’m ok,” she said, glancing to the side, eyes meeting his.

“Avery,” her father began again, “I can never make you understand how sorry I am for what happened, but I can see that you’ve done well with your life despite everything, and I’m grateful for that. I know the things I did are unforgiveable.”

“You’re right. They are unforgiveable,” she interrupted. “So you can get that I don’t want or need your apology.” She blinked back the angry tears from her eyes. Her nose wrinkled like he was a particularly offensive piece of garbage. “I want you out of here. I don’t want anything to do with you.” She turned her back on him, leaning into Marcus and laying her hands on his crossed forearms. “Get rid of him,
please.
”

“Sure. I’ll take care of it.” Marcus’ chin dipped down, brows drawn together. “Are you ok?”

“Fine,” she lied as she released his arm and moved down the corridor. The truth was her father’s unexpected appearance had shaken her to the core, and she needed time alone to deal with it.

Marcus waited, watching Avery until she turned the corner out of sight before he turned back to address her father. “Mr. Jones,” he started.

“Arthur,” he interrupted. “Call me Arthur, please.” He let out a pent up breath, his cheeks flushed from the unpleasant scene.

“Arthur,” Marcus repeated. “Obviously, this wasn’t such a good idea. Avery has absolutely no interest in seeing you. I’m sure you understand.”

Arthur nodded. “I had hoped, but yes, you’re right.” He gave Marcus a defeated glance. “It’s no more than I expected.” His shoulders slumped. “How much has she told you about our family?”

He nodded somberly. “Trisha died when Kat and Jus were only eight, after that I was a shitty father. Her passing left a terrible void.” His gaze drifted away for several moments before he straightened his shoulders and refocused again. “It was a really dark time for me. But that’s no excuse for the things I did. I should have stepped up and been there for my kids, but I didn’t. Instead I went completely off the rails. The way I handled it with the drinking and with Kat and Jus…well, it was wrong and it’s the biggest regret of my life. I wish there was some way I could take it all back.” He paused and shook his head, resignation evident in every drooping line of his body. “Would you at least tell her that for me?”

“Alright,” Marcus found himself reluctantly agreeing, having had his own issues with substance abuse, and a past riddled with poor decisions because of it. “But if I were you, Arthur, I wouldn’t hold my breath.”

“I won’t. But those two kids, they’re all I’ve got left. I had to at least try.” He turned, took a couple of slow steps down the hall, and then stopped and faced Marcus again. “If I don’t hear from you,” he paused to zip up his parka, “take good care of her. And if by some miracle, she changes her mind, I’m staying at the Coast Hotel on Denman Street through the end of the week. You can reach me there.”

Avery rose from the black leather sectional as soon as she heard the elevator ding. She watched Marcus step out of the private lift and into the foyer. He tossed his wallet into the chrome bowl on top of the entryway table. His sky blue eyes met hers, and her bottom lip started to quiver. In a couple of long strides, he reached her. Wrapping his hands around her shoulders, he gently pulled her into him.

Even though she was 5’9”, Marcus was four inches taller, and she had to tilt her head back to peer up at his handsome face. Tenderly he gazed back at her, the soothing strength and warmth of his body seeping into hers. During private moments like this, she got a rare and treasured view of the real Marcus Anthony. The sensitive and caring one, not the temperamental rock singer that most knew.

Steel Scars by Victoria Aveyard
War Kids by Lawson, HJ
In Firm Pursuit by Pamela Samuels-Young
Prisoner's Base by Celia Fremlin
Borrowed Time by Jack Campbell
The Chinese Agenda by Joe Poyer
The Death of a Much Travelled Woman by Barbara Wilson
Covert by Carolyn McCray
Complete History of Jack the Ripper by Philip Sudgen
Micah by Laurell K. Hamilton
Our partner