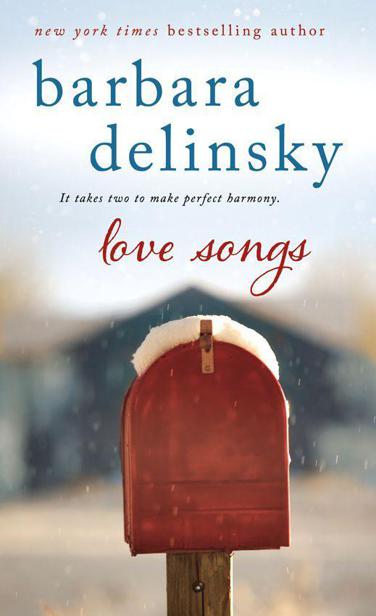 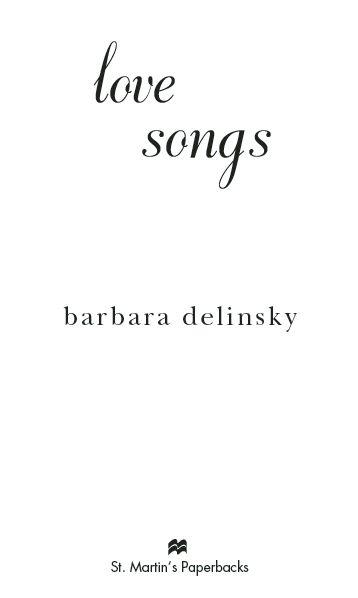 I’m a woman with a past—namely, a group of novels that have been lost for nearly twenty years. I wrote them under pseudonyms at the start of my career, at which time they were published as romances. In the years since, my writing has changed, and these novels went into storage, but here they are now, and I’m thrilled. I loved reading romance; I loved
writing
romance. Rereading these books now, I see the germs of my current work in character development and plot. Being romances, they’re also very steamy.

Initially, I had planned to edit each to align them with my current writing style, but a funny thing happened on the way to
that
goal. Totally engrossed, I read through each one, red pencil in hand, without making a mark! As a result, what you have here in this dual volume are the originals in their sweet, fun, sexy entirety.

The first of the two,
Up All Night,
takes place largely in a sleep clinic. Ever had insomnia? I haven’t, though there are certainly times during the writing of a book when I toss and turn trying to decide what comes next. I wrote
Up All Night
in 1982, yet the problems of insomnia are paramount today. Rarely does a week pass without some mention of sleep problems in the paper or online. And sleep apnea? As disorders go, it’s come into its own. A whole raft of studies are showing the positive effect a good night’s sleep can have on the heart, the brain, and the spirit. Reflecting this, modern sleep clinics are very different from the one depicted in
Up All Night,
as are the treatments for sleep disorders. But … love? It’s just the same, as sweet as ever.

Speaking of sweet, the second book in
Love Songs
is
Sweet Serenity.
Originally published in 1983, it was inspired by a candy store in my hometown. When I first walked into the store to buy gifts for my kids’ teachers, I had never seen such unusual candies and went from bin to bin, intrigued. Before long, my imagination took over. After I showed the owner copies of several of my books, she graciously agreed to share her trade secrets; though, truth be told, I think she was as eager to be part of my project as she was terrified that I was a spy, planning to steal her ideas for a candy store of my own.

The store in my book is called, well,
Sweet Serenity
, and the heroine is serene indeed until she finds herself face to face with the reporter who ruined her family years before. Does the heroine recapture the happiness for which she’d fought so long and hard? Does a white chocolate Pretzel Joy melt in your mouth?

In
Up All Night
and
Sweet Serenity
you’ll find two distinct love stories, one involving a nemesis from the past, the other a new acquaintance, but both involving women who are strong, resourceful, and desperately wanting the happily ever after that comes with true love.

The fiery embers of sunset blazed their reflection across the glass-fronted structure, joining Alanna Evans’ own slender reflection as she crossed the parking lot of the medical center’s newest wing and entered its lobby. Her honeyed head held high with confidence, she approached the elevator, pushed the up button, and waited.

After a day of nonstop business, she welcomed the moment’s pause and breathed deeply to savor it. All sound was subdued in the quiet lobby. A faint hum of conversation trickled from the lounge to her right, the intermittent beeping of the hospital paging system echoed from the reception desk to her left, and the muted rustle of a passing white-garbed practitioner served to emphasize the stark immobility of the shiny doors before her.

She dropped her gaze to look through the lighter bottom of her tinted glasses to the deep blue carpet, against which her gray pumps looked properly subtle. Absently, she straightened the soft pleats of her skirt, adjusted its matching jacket, then shifted her overnight bag to rest the strap more comfortably on her shoulder. As the purr of the elevator signaled its approach, a man joined her silently, standing perfectly still. Her peripheral vision absorbed no more than his remarkably tall, dark-suited form before a gentle chime heralded the elevator’s arrival. Seconds later, the door slid open.

Moving simultaneously, both prospective passengers stepped forward. Then each paused to let the other pass. When a chivalrous hand gestured her forward, Alana smoothly entered, pressed the button for her floor, then turned to stand with her back to the wall. The man followed, glancing briefly at the single number already lit on the command panel before stationing himself opposite her in a stance both casual and alert.

With a soft thud the door closed and they were alone. Drawn by an enigmatic impulse, Alana looked across to meet his gaze head-on. His back rested lightly against the wall, his hands thrust in the pants pockets of his finely tailored suit. He seemed a study in contrasts—white shirt against dark gray wool, brown hair flecked with gleaming gold highlights, broad shoulders tapering to lean and narrow hips. And he continued to stare at her.

While Alanna was an unusually attractive woman, well used to the admiring glances sent her way by men and women alike, this particular glance was different. Even the subtly defiant tilt of her chin could not discourage it. Charcoal eyes, deep and intense, studied her closely, evaluating her much as she had done him and remaining uncomfortably persistent. With a cool determination born of practice she broke the contact, raising her eyes to the horizontal panel above the doors. Two. Three. Four.

The elevator glided to a gentle stop. As soon as the doors rolled open she straightened her shoulders and stepped forward. Again his movement paralleled her own. Again she halted, but this time it was Alanna who gestured, with an indulgent dip of her head, for the man to precede her. With an imperceptible nod, he stepped ahead, but not before she noted the distinct twitch of amusement at his lips. Her eye followed his broad back as he disembarked, turned and disappeared through a set of swinging doors to be swallowed up by the long hospital corridor beyond. Only then did she breathe deeply once more, bolstering her composure to approach the nearby nurses’ station.

She stood patiently for a moment, respectful of the urgent nature of hospital business and slightly disconcerted by her own upcoming role here. The white-capped head before her was downcast, lost in the deciphering of scrawled doctor’s orders. Finally, as if with the sudden realization of Alanna’s presence, the nurse looked up.

“Yes, please. I’m Alanna Evans. I’ll be participating in the IAT study. I believe Dr. Henderson is expecting me?”

Recognition lit up the nurse’s face, her broad smile mirroring the white of her uniform as she stood and extended a warm hand, which Alanna clasped readily. “Ms. Evans, welcome! I’m Sylvia Frazier, the night nurse heading the unit. We weren’t quite sure just when you would arrive.”

Reassured by the woman’s friendliness, Alanna relaxed. “I wasn’t quite sure myself. It’s been a hectic day. Fortunately, I was able to escape from the office at seven.” She glanced at the clock and noticed that it was barely seven-thirty; she had made good time.

“Then you haven’t eaten?”

Alanna smiled ruefully. “No. But that’s nothing new. I’d half hoped to be able to grab something in the cafeteria here, either before or after I spoke with Dr. Henderson. Is she free now?”

“I don’t think so, dear.” The older woman shook her head, then frowned. “I believe she may be with one of the other participants. Let me check.”

Alanna’s inner tension was betrayed only by the white knuckles gripping the strap of her overnight bag. Determinedly, she relaxed her fingers. Looking slowly around, she shuddered, for a fleeting moment recalling her past hospital experience, the long, painful vigil at her mother’s bedside so many years ago. Mercifully, she herself had never been sick, truly sick, a day in her life. Her present problem was an annoyance more than anything else. A grave annoyance. As a woman who prided herself on self-command, she was frustrated.

Her attention snapped back to the present as Sylvia Frazier returned. “It’s as I suspected. She’ll be tied up for a little while. It’s slow going at the start. Why don’t you go down and have a good supper?” Her eye skimmed the slim figure before her with kind, almost maternal concern. “You could use several pounds, I’ll warrant. But,” she shrugged with a guilty grin, “perhaps that’s just the envy in me speaking. I’ve been at the other end of that ‘ideal weight’ chart for too long. Run along now. I’ve told the doctor where you’ll be. You can leave your bag here. And enjoy your dinner.” She emphasized the words, smiling knowingly.

Given the circumstances, and the fact that they would be seeing quite a bit of each other, it was nice to know that Sylvia Frazier had a sense of humor. Alanna laughed. “That bad, eh?”

“Any recommendations?” She arched a blond brow mischievously.

The nurse’s choice was instant and from the heart. “Apple pie, à la mode.” Then, catching herself, she feigned sternness. “After a healthy helping of chicken or fish, of course. Now, go!” Her gentle order was reinforced by the shooing motion of her hands. Alanna went.

Five minutes later, seated alone at a corner table in the sparsely filled cafeteria, she cast a plaintive glance at the junior sirloin before her. Had she really wanted it, or the fries and salad accompanying it? Or was she merely hoping for sustenance to help her through the night ahead?

Only after she took several perfunctory bites did she realize how hungry she was. When had lunch been? An eon ago. Or, to be precise, an executive board meeting, three separate conferences, two endless proposal forms and a dozen phone calls ago.

TRAPPED by ROSE, JACQUI
Store of the Worlds: The Stories of Robert Sheckley by Robert Sheckley
Sudden Second Chance by Carol Ericson
The Intended by May McGoldrick
Slipping Into Darkness by Peter Blauner
Coronation Everest by Jan Morris
The Terran Privateer by Glynn Stewart
Hot & Wild (De La Cruz Saga) by Macias, P.
For Love of Audrey Rose by Frank De Felitta
Blood Alone by James R. Benn
Our partner