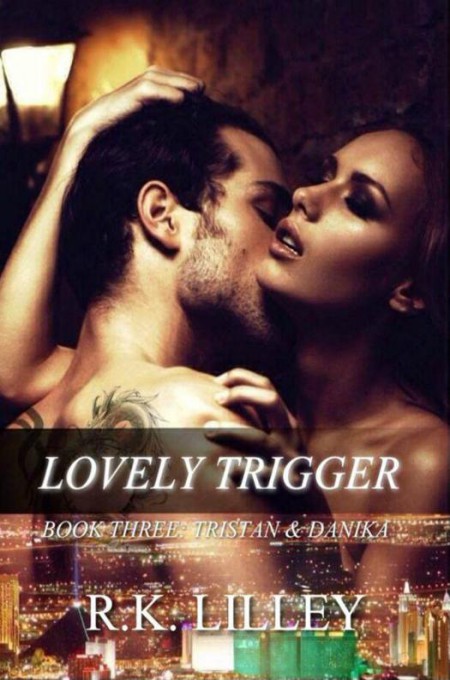 This book may not be reproduced, scanned, or distributed in any printed or electronic form without permission.

Any resemblance of events to real life, or of characters to actual persons, is purely coincidental.

The author acknowledges the trademarked status and trademark owners of various products referenced in this work of fiction.

This one is for my husband.

Thank you for caring enough to be even more stubborn than I am, when it matters the most.

LANA (AN UP IN THE AIR NOVELLA)

THE WILD SIDE (A NOVEL)

A FEW MONTHS AFTER THE ACCIDENT

Physical therapy was hell on earth.

It was pain, futility, and frustration, all with a feeling of hopelessness because I knew that it could only do so much.

But I gave it my all.

I had too much pure stubborn grit inside of me to do anything else.

I was only twenty-one, quickly approaching twenty-two, but I’d never in my life felt young before Tristan.

With him, for a while, I’d felt young and carefree, with my life ahead of me.

As though it had all been a dream, some kind of a spell, that careless joy disappeared from my heart again as quickly as it had come.

I was back to being the oh so responsible woman that I was meant to be.

I never cried a tear of self-pity.

That had never been my poison.

Bitter was my poison, and it took every ounce of character I possessed not to let it consume me.

I couldn’t even lie to myself about that.

I missed him dreadfully.

I convinced myself that it had all been passion, not true love.

True love was a myth, a misdirection from the solid things in life.

What I’d felt for Tristan had been big and all consuming, but I told myself, like a mantra in my head, that it had never been solid.

Even so, every little thing brought him to mind.

We’d had too much together, been through too much, felt
too much
, and every feeling had a memory.

So many songs, shows, and movies were locked away for me, never to be viewed again.

It was that kind of a breakup.

When the longing got truly unbearable, I fell back on pure survival mode, my mind going into that blank place I’d had to perfect as a sexually abused teenager.

It served me well at those times.

And luckily, those times always passed.

I kept so busy that I had very little time for dwelling, and no time for pining for a thing that was never meant to be.

School, work, and plotting out my dream career was a very involved process.

I could throw my whole life into my ambitious future, in fact that was my only option, now that the possibility of ever having a family of my own had been ripped so violently from the table.

I did not feel whole for a long time, but I told myself, over and over, that I was strong.

Strong enough to go on, with some bits of myself, or, if I was honest, some huge important hunks of myself, missing.

“Welcome to the floor,” my counselor told me, the first time I walked into his office.

I thought it was a good way to start things.

I wouldn’t have been able to pour my heart out to him, if he didn’t at least have a good sense of humor.

He was a small man in his fifties.

His hair was long, gray, and unruly.

His glasses always perched right on the tip of his nose as he studied me.

And he didn’t even have a brown leather chaise lounge, as I’d feared.

I got to sit up and talk to him like a normal person, not lie down like in the movies.

I sat in a comfortable chair on the opposite side of his desk, and, over time, told him
everything
.

“Do you ever blackout?” he asked on our first meeting, his tone idle as he looked down at his chart.

I was a little fixated on that chart of his.

Periods where you were still functioning, but you have no memory of it.”

I liked the way he handled things, the way he made me talk without it being a big deal, and never made the tragedies in my life seem too big for a person to handle, with his calm reactions.

I call that the weekend.”

He smiled ruefully, but didn’t look up.

“I assume this has wreaked some havoc on your personal life.”

That was the understatement of a lifetime.

It was the most bitter pill to swallow; how my own rock bottom had impacted
her
.

I had always been the one to throw myself in front of a punch for my brother, my mother.

I’d have done anything to take her pain, to bear her injuries myself.

Instead though, I had
caused
them.

But I could not go back.

I could not live on what ifs, if I had any hope of living at all.

I suppose that’s why I’m here.”

I tried to make my tone idle, but I nearly choked on those words.

“I have lost every one of the people closest to me.

My brother, my mother, my wife, my unborn child.

All of it was because of addiction.”

“You must be a stubborn one, that it took so much to get you here.”

“Stubborn is my specialty.

We’ll get along just fine.”

Sometimes, though, I hated him, because he gave me the hard truths.

“You can’t ever expect to get her back,” he told me one day, when I’d been talking endlessly about Danika, once again.

“This is something you need prepare yourself to accept.

I can see it will be your biggest challenge, as you venture back into your life outside of rehab.”

Instead, I closed my eyes and attempted to accept.

“Tell me what you’re thinking,” he asked, his tone kind.

“I was thinking about the first step.”

Tell me what it means to you.”

“I am powerless over my addiction.

My life has become unmanageable.”

“That is the textbook answer, to be sure, but that’s good.

That one takes a while to process.

Now, let’s look at the twelve steps as a whole.

An overview, if you will.

In essence, they teach us that we cannot play God.

There are some things we do not have the power to change, not just as it pertains to using or not using.

This also applies to past mistakes.

You must accept that you cannot change her mind, and find a way to go on with your life and stay clean.

Are you ready yet to accept that?”

If I could just get her to meet with me, get her to see that I’m getting better, I think it would show her that I’ve changed, that I’m willing to do whatever it takes to be in her life.“

“Okay, I see that we still have plenty to work on here.”

And so it went.

Little by little, I began to accept that it really could be over between us.

Not as a break, but as a permanent affliction.

It was a very rough pill to swallow.

It was months before I could open up in group therapy.

Months of hearing other people’s stories.

Some of them didn’t seem too bad, but others were worse than mine were.

One lady, a heroin addict, opened up about neglecting her baby for so long that it died in its crib while she got high.

I processed that story for a while, haunted by the way she told it, as though it had happened to someone else.

Something in her disconnect really got to me.

Had I disconnected that much from my own life?

How could I have been so selfish, so cruel, as to neglect the things around me for so long?

I had to come to terms with the things the monster inside of me had done.

And with the fact that I
was
that monster.

It was as I began to cope with that realization, to accept it, that I began to open up in group.

Two Cows and a Vanful of Smoke by Benson, Peter
Invisible Beasts by Sharona Muir
A Scream in Soho by John G. Brandon
The Out of Office Girl by Nicola Doherty
The Princeling of Nanjing by Ian Hamilton
Dinner at the Homesick Restaurant by Anne Tyler
The Last Chance Ranch by Wind, Ruth, Samuel, Barbara
Lady in Demand by Wendy Vella
In Your Embrace by Amy Miles
Free For Him by Sophie Stern
Our partner