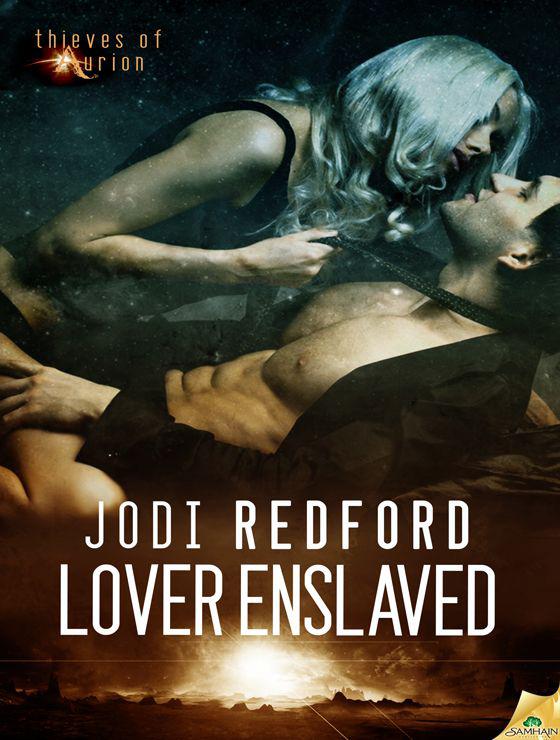 To my wonderful family and the support they’ve always given me. You guys rock.

Also a big shout out to Sasha Knight for taking a chance on me.

A heavy sigh tumbled from Mara.
What the hell have I gotten myself into?

“There he is!” Iridescent wings fluttered against Mara’s cheek when Piper, her overeager sprite companion, leapt from her shoulder.

So much for our low profile.
Corking her exasperation, Mara pinched a wing between her fingers, stalling Piper in mid-flight. Amethyst eyes shot fury down at her.

“Easy on those things. They’re attached, you know.”

Mara ignored the sprite and resumed her covert inspection of Dashael. He prowled through the crowd, his loose, easy gait attracting every female gaze in the room. No wonder—the cut of his dark suit emphasized a body built for a woman’s enjoyment. Broad chest and shoulders tapered to a lean waist and long, powerful thighs. Subdued track lighting brushed his close-cropped ebony hair with a neon blue glow.

Clear to see why most faes fancied themselves superior to the human race. Aside from being magical descendants of the old gods and goddesses first inhabiting Aurion, the faes were the walking embodiment of physical perfection. Dashael Rhyder was no exception to the rule. If he weren’t a fae—the enemy—she would chuck her self-imposed celibacy right then and there.

“
Hello?
” An irritated buzz vibrated from Piper, jolting Mara from her trance. “Remember me?”

“Unfortunately,” Mara said, deadpan. She leveled a hard glare on the sprite swinging between her fingers. “And you best remember what’s at stake here. If you screw this up, I’m kicking your butt.”

Bragger.
Mara checked on Dashael’s progress towards the glass-topped bar set up in the farthest corner of the gallery. “Okay, I’m going in.” She gave her sprite companion a warning glare. “You keep out of sight.”

A frown pinched Piper’s tiny face. “But Queen Nalia said I should—”

“Don’t care,” Mara butted in, her tone adamant. “If he sees you, he’ll know something’s up.”

Adopting a sullen pout, Piper shoved her arms over her chest. “What about our partnership?”

“That was your delusional idea, not mine. Now be a good girl and hide in a plant or something.” Releasing Piper, Mara fluffed her hair and stared at her quarry’s broad back.

To bait a thief, you provide an exclusive gallery opening with priceless art and wealthy patrons on display. To hook a fae, you tempt him with the allure of hedonistic sex.

Mara popped the top hook closure on her tight leather bustier with a deft flick of her finger. Smiling grimly, she crossed the room.

Dash leaned his hip against the bar and reached for the Fairy Sex Fizz the bartender slid in front of him. He knocked the liquor back and hid a grimace. Yep, far too sweet and lacking any kick. Only reason he occasionally stomached the red fruity concoction was because its name amused the hell out of him.

At least real fairy sex provided more fizz for the bang, thank the gods. Plunking the glass down, he rested an arm along the bar and scoped the people milling about the cavernous brick-walled room. The residents of Helias defined his ideal mark—they never left home without first donning their entire jewelry box.

Gems in every color imaginable dripped from ears and wreathed necks. The blue diamond ring attached to the woman farther down the bar would easily pay off his house. Not a bad place to start.

Dash slid a tip towards the bartender.

Engrossed with his prize waiting at the end of the bar, Dash ignored the question.

A sharp poke in his biceps punctuated the obnoxious singsong voice. Dash turned. The air sucked from his lungs. Riotous blonde curls rippled in a luxuriant fountain towards the most incredible pair of breasts in all creation.
Holy sweet goddess.

With effort, Dash dragged his focus upward. The woman’s sultry blue eyes twinkled devilishly, and his overactive libido fired into hyper drive.
This is what happens when I go three weeks without sex.
Miracle he could function.

Lady enchantress arched an eyebrow. A grin tugged at Dash’s mouth. Forget stealing jewels, his evening held much riper promise. He pulled out the empty stool. “Please, take a seat.”

He didn’t miss the sarcasm in her voice. Time to make amends. “Forgive my rudeness earlier. I was…distracted.”

She glanced towards the woman at the end of the bar. “I noticed.”

Their arms brushed as she wiggled onto the stool. Her scent wafted around him. Luna flowers—nectar of the fairies. Its sultry spice always sent his head into a spin. “She’s a business acquaintance, nothing more. You, on the other hand, hold my complete attention.”

“Lucky me.” She hooked one high heel over the glowing white Lucite tube circling the foot of the bar. Her miniskirt rasped as it hitched higher up her well-toned thigh. The sound nearly destroyed Dash’s composure.

“Jeez, you weren’t kidding about giving me your complete attention.” A tiny smile tipped her lush mouth. “The way you’re checking me out, I might as well be wearing nothing but my pink silk panties.”

Lust uncurled in the pit of his belly at
that
mental image. “I love pink.”

“Bet you look adorable in it.”

“I mean on a woman.” He managed a chuckle despite being so turned on he could pound nails with his erection. Sassy females were his biggest weakness. Thank the gods he usually didn’t encounter any problem sweet talking them into bed.

Utilizing the fae magic at his disposal, Dash stirred a slight breeze across the bar’s glass surface. A cocktail napkin fluttered free of its stack and floated into the dip between her generous cleavage. Cheap parlor trick—but he’d die if he didn’t touch her soon.

“Allow me.” He reached for the napkin and his fingers brushed over petal-soft skin.

Her full, kissable lips parted on a tell-tale hitch and awareness bulleted between them.

Hot anticipation rolled through Dash. Before the night ended, this delectable woman would be sprawled naked in his bed, screaming his name in pleasure.

“See anything worth taking home?”

Several seconds passed before Dash realized she referred to the art on display—unfortunately. The pad of his thumb grazed her silky skin one last time. “Perhaps.” He crumpled the napkin and tossed it aside. “You?”

“Not sure.” She nodded towards the wall behind him. “Any thoughts on that sculpture?”

He turned his head and grimaced at the hulk of scrap metal suspended over the bar area. Amazing what passed for art these days. “Yes—it’s ugly.”

Her tinkling laugh floated over him. “Good. For a minute there, I worried my art appreciation classes were a total waste of money.”

“Ah, you’re a student of the arts.” He angled his thigh so it brushed hers, a light, teasing touch. “Perhaps you’d enjoy seeing the pieces in my private collection.”

“Let me guess.” She rested her chin in her upturned hand and contemplated him, her mouth curving in mischief. “There’s a velvet painting of frolicking nymphs and naked pixies hanging over your bed.”

Dash couldn’t bridle his grin. “Actually, it’s a velvet painting of satyrs and frolicking nymphs.” Everything inside him reveled in their flirtatious banter. Good gods, when was the last time a woman engaged his head
and
his body? “If you don’t believe me, come see for yourself.”

One pink-polished fingernail traced the ring of condensation left by his drink. She worried her bottom lip, casting her eyes down. “I’d love to, but…”

He reached for her hand. So delicate and fair compared to his. Caressing his thumb over the center of her palm, he laced their fingers together. “You’re more than safe with me. I promise.”

“It’s not you I’m worried about.” She wiggled closer, her soft breath fanning his cheek. Her fingers untangled from his and tiptoed across his knuckles. “My inner good girl always takes a hike when she’s alone with a sexy fae.”

Hypnotized, he stared at her lips.
Kiss her. Now.
“Good girls are highly overrated.”

“Famous last words.” Eyes glinting with challenge, she hopped off the stool. “You’ll eat them later, when you’re begging my naughty side for mercy.” With a smoldering look, she turned and strutted away.

Mara worried her trembling knees might give out before she reached the display of rose quartz sculptures.

“What are you doing?” The squeaky voice floating from the vase of lilies situated on the table drew a scowl from Mara.

“You really don’t get this low-profile thing, do you?”

“I’m staked out in a calla lily. How much lower can I get?” Piper plopped her elbows on the snowy white lily’s curved petal and shook her head, dispelling a yellow cloud of pollen from her hair. She pointed in the direction of the bar. “He’s on the hook. Why did you walk away?”

“To keep him
on
the hook.” And keep her cool.

Okay, mostly to keep her cool. After the ridiculous line of bull she’d baited Dashael with, he was primed for reeling in. She just hadn’t counted on getting so…into the role-playing.

No question about it, her self-imposed celibacy was chomping her in the ass.

“If Queen Nalia were here—”

“She isn’t.” The words gritted between Mara’s teeth like iron filings. Nalia preferred coercing others into doing her dirty work. Gave her more time to concentrate on lives she could ruin back in Zalan. “And if you bring up her damn name one more time, I’m stuffing a sock in your mouth.”

Mara narrowed her eyes. “I wear a size eight. Worried much?”

Piper squeaked before ducking inside the lily. At first Mara assumed she’d finally succeeded in getting her point across. Until she felt the bold heat of someone’s hand splayed dangerously close to her buttocks.

She looked over her shoulder and was treated to an extreme close-up of Dashael’s supreme hotness. The display’s spotlights highlighted his rugged features, delineating his strong jaw with its shadow of stubble. He was the definition of raw, masculine power.

Mara stifled a sigh. Why couldn’t he be a Kifiter, the race of faes occupying Zalan Proper? With them, discerning the males from the females proved problematic. No such luck with Dashael Rhyder. “You’re a Maddoc fae, aren’t you?” She already knew the answer, but better he verified the information so she didn’t accidentally blow her cover.

“Your frown tempts me to lie, but it wouldn’t be very honorable of me.” He leaned closer, his musky scent playing havoc with her sanity. Fingers caressed her bare midriff. “Is my being a Maddoc undesirable for some reason?”

Hell yeah. She just couldn’t let him know it. Not if she wanted to pull this off.

“No way.” Mara swiveled until she bumped hips with him. Her hand stole inside his jacket and stroked the fine linen covering his firm chest. Wow, male pecs. She’d forgotten what they felt like. “I hear Maddocs can make love hours on end without coming up for air. Is it true?”

He lowered his head until his lips tickled her earlobe. “
Sher
’
tian
, no one’s complained about my stamina yet.”

Mara shivered. “
Sher
’
tian
?” She pulled back and arched an eyebrow.

“It’s an ice glacier found in the seas of Mer’daca. Forgive the improvisation—you’ve yet to grace me with your true name.”

Dashael curled a lock of her hair around his finger and stroked it across her lips. “When the moonlight hits
Sher
’
tian
, the entire glacier sparkles like a mesmerizing diamond.” His eyes darkened from deep, caramel brown to almost black. “Men have grown mad staring too long at her beauty. Is that what you’ve done to me?”