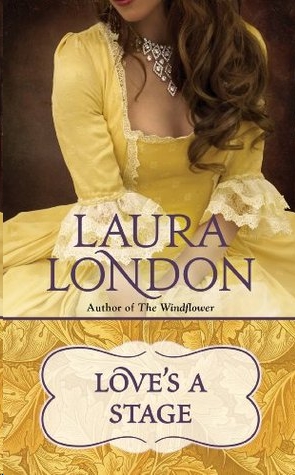 Excerpt from
The Windflower
copyright © 1984 by

The right of Sharon Curtis and Tom Curtis to be identified as the Authors of the Work has been asserted by them in accordance with the Copyright, Designs and Patents Act 1988.

First published in this Ebook edition in 2014

Published by arrangement with Forever,
an imprint of Grand Central Publishing.

Excerpt from
THE WINDFLOWER 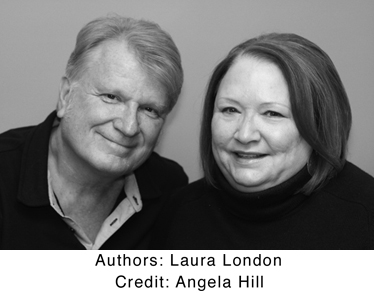 Laura London is the pen name for the husband and wife writing team Tom and Sharon Curtis. Married more than forty years, Tom and Sharon published ten historical and contemporary romance novels from 1976 to 1986, many of which have come to be regarded as classics in the genre.
The Windflower
is in numerous top 100 lists of best romances of the twentieth century, including on Goodreads,
The Romance Reader
,
All About Romance
, and
Dear Author
.

Find out the latest at
www.facebook.com/lauralondonauthor
.

‘This sophisticated romp takes readers into the Regency period with charming, colorful imagery that describes all the sights, sounds and smells of the period. Sharp, witty dialogue, sweet romance and unforgettable characters are all hallmarks of the classic novels by this incomparable writing team. Don’t miss this oldie, but goodie’
Romantic Times

‘From its very first sentence,
The Windflower
seduces the senses with lush, lyrical, evocative prose. It is a brilliantly-plotted work full of wonderful details, subtle eroticism, clever humor, and heart-wrenching emotion, yet it is the characters that really capture the reader. Not only are the hero and heroine unforgettable, but a wealth of secondary characters are drawn with a richness and depth rarely equalled’
All About Romance

A Heart Too Proud

She didn’t know she’d come face to face with one of England’s most notorious rakes. She only knew the golden-haired stranger who came to her rescue as David.

Miss Frances Atherton, country parson’s daughter, has a lot to learn about London’s wicked ways. But not even David’s brash charms can distract her from her purpose: to trap the Blue Specter, the infamous smuggler for whose crimes her own father has been imprisoned. The trail is hot and leads to Drury Lane, where she treads the boards as an actress – a shocking profession for a lady. But more shocking still is the discovery that David – Lord Landry – is the most renowned and scandalous playwright of the day . . . and that she is losing her heart even as she stalks her dangerous prey.

Miss Frances Atherton, the parson’s daughter, stepped from the hired hackney carriage onto the busy marketplace corner of Charles and Russell Streets. A whimsical spring breeze dandled the long ties of her old-fashioned straw bonnet as if to undo their neat arrangement, and molded her shapeless gray traveler’s cape to her trim young figure, causing more than one head to turn in her direction. Bustling herds of shoppers, hawkers, and costermongers schooled around her as she gazed with innocent awe on the spires of St. Paul’s Cathedral, gilded like a chapel shrine by the late afternoon sun. It was a stirring view for a young lady who had lived her nineteen summers in Beachy Hill, Sussex, a fishing village so small that when Mrs. Brantley’s baby cried on the west side of town, cross old Mrs. Betterton on the east side would shut her window. Miss Atherton’s previous definition of a crowd had been the parish packed into her father’s church on Easter Sunday, but this single London corner contained more souls than her father had had a chance to save in the last decade.

The corner contained more vegetables, too, thought Frances, glancing about—not, of course, that her father had ever tried to save the soul of a vegetable. Frances felt a tiny smile tighten her lips at the idea of her Reverend Papa sermonizing earnestly from his pulpit toward pews packed with hefty radishes. But if Miss Atherton had been spared the company of vegetables at Sunday service, she was certainly surrounded by them now. A dusty mountain of potatoes was heaped on the pavement with a hill of crisp turnips rising at its side. Maroon pickling cabbages fought piled onions and bundles of glossy leeks for space on busy market stalls. Down the street an herbalist’s shop was getting a fresh coat of whitewash from a trio of rowdy youths, who paused to tease a group of apple-women sitting nearby on their porter’s knots sharing a pipe.

The day had been a long and tiring one for Miss Atherton. She had come from Eastbourne on the public stagecoach in a grueling ride that had begun at four o’clock that morning. The other two passengers had been a baker’s widow in black bombazine and a frail stay-maker’s wife with her overweight bulldog. After three hours of battering over rutty spring roads, their stage had become mired in a lowland road near a swollen river bank. Pulling the bulky stage through the knee-high mud had been a hard enough task for the horses even with the coachmen leading them; the passengers had been forced to get out and walk. Frances had descended bravely into the muck, saying that she was sure she wouldn’t mind a chance to stretch her legs. Her two lady companions had followed her with loud complaints, but the fat bulldog had steadfastly refused to leave the carriage. The coachman had angrily announced that he wouldn’t have his horses drag the coach another step with that bulky brute inside, the staymaker’s wife had begun to cry that it wasn’t Doggie’s fault that he didn’t like to walk in the mud, and the widow in black bombazine began a shrill for the return of her ticket price. Frances, with an inward sigh and all the good-natured cheer that she could muster, had offered to carry Doggie. She had marched the next three miles in wet sucking mud carrying a forty-pound bulldog, who alleviated his tedium by struggling and licking Frances vigorously on the side of her face.

No sooner had the bedraggled and weary travelers returned to the cramped interior of the stagecoach than the baker’s widow insisted that there was too much draft and ordered the scuffed leather curtains pulled down to cover the windows. Frances had sat in increasingly stuffy discomfort while the staymaker’s wife enumerated the outstanding qualities of her son, currently apprenticed to a snuff-box painter, and then went on to describe his advent into the world, which, it seemed, had been accomplished in miraculously short order. Not to be outdone, the baker’s wife had offered the tale of her own confinement, some forty years past, which, she said smugly, had been remarkable for its length and difficulty. The staymaker’s wife quickly countered with the claim that, of course,
everyone
knew that short confinements were more taxing and risky than long ones. The baker’s widow did not take well to a suggestion that any confinement could have been more risky or taxing than her own, and from thence the two ladies began a prolonged and detailed exchange of obstetrical histories that caused Miss Atherton to lose what little appetite she had left for the roll and hard cheese she had brought for lunch, and might have (had she not been a young woman of common sense and character) caused her to enter a nunnery forthwith and eschew the company of men not likewise celibate.