Read Lulu and the Dog from the Sea Online

Lulu and the Dog from the Sea 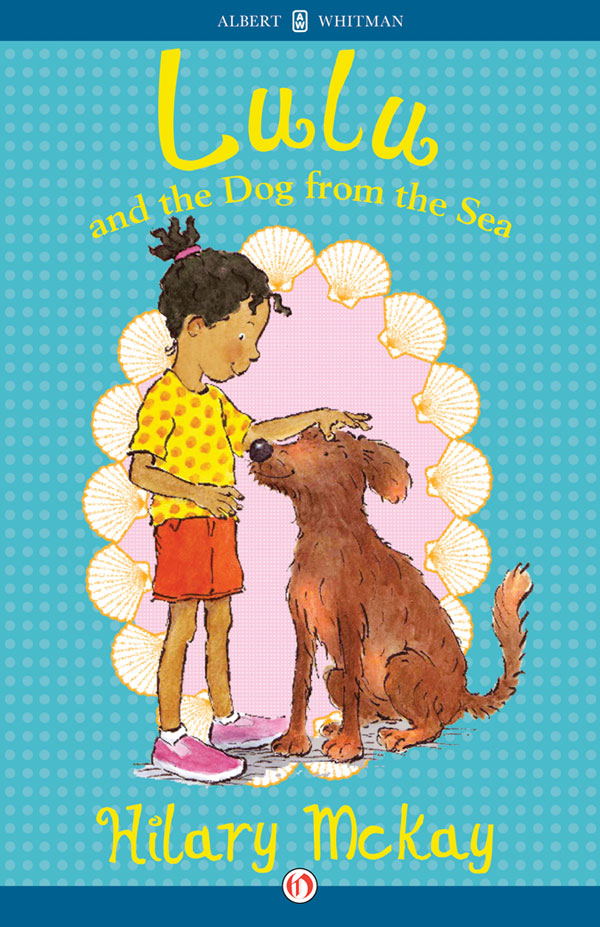 Lulu
And the Dog from the Sea
Illustrated by Priscilla Lamont

For Lissy, with love from

Chapter One
The Cottage by the Sea 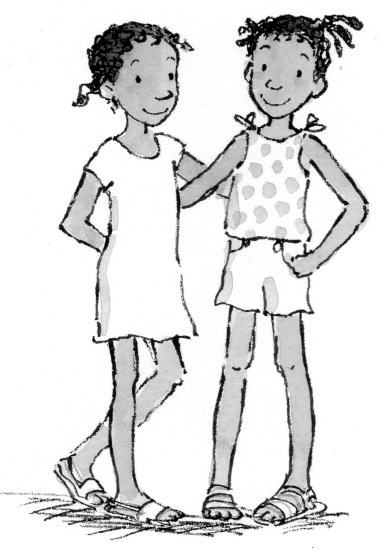 Lulu and Mellie were seven years old. They were cousins and they were friends. Their houses were so close that it took less than five minutes to run between the two. They could visit each other easily without getting lost or squished on the road.

That was a good thing, because Lulu and Mellie were not just ordinary friends—they were best friends.

They were such good friends they hardly ever fought, although sometimes they did grumble at each other a little. They mostly grumbled about each other’s hobbies, which were not at all alike.

“Coloring again?” Lulu would say when she went to see why Mellie had forgotten to come and play. “You’re
always
coloring!”

“Cleaning again?” Mellie would ask when she came to find out what Lulu had been doing all day. “You’re
always
cleaning!” she would say, holding her nose.

It wasn’t true that Mellie was always coloring. Often she was painting or drawing or making things with glue and glitter and chopped-up paper and causing a mess. But it was true that very often Lulu was cleaning.

Lulu loved animals and she had a lot of pets.

The rule about pets in Lulu’s house was:
The more the merrier! As long as Lulu cleans up after them!

Lulu had two guinea pigs, four rabbits, one parrot, one hamster, a lot of goldfish, and a rather old dog named Sam. 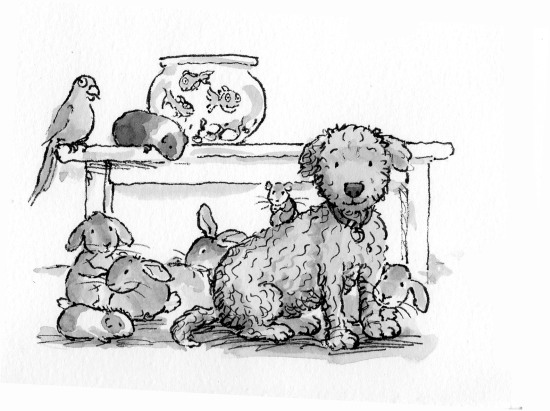 It took a lot of work to look after all these pets. Mostly Lulu did it, but sometimes other people helped her out.

Whenever Lulu’s family went on vacation,

All except for Sam the dog, who was going on vacation too. They were all going to stay in a cottage by the sea. Sam did not think much of that. He didn’t enjoy the seaside. He wasn’t fond of sand, he didn’t like chilly breezes, and he hated getting wet in cold, salty water. Sam was a small, golden, teddy-bear-shaped dog. He had short teddy bear legs, and a round teddy bear tummy, and a sweet, stubborn, sleepy teddy bear face.

When Sam went on vacation he took a lot of luggage, all packed for him by Lulu. He took his red blanket and his water bowl and his food dish and his special dog biscuits. Also his dog leash and his dog towels in case he got wet, and his shampoo and his brushes in case he got sticky. 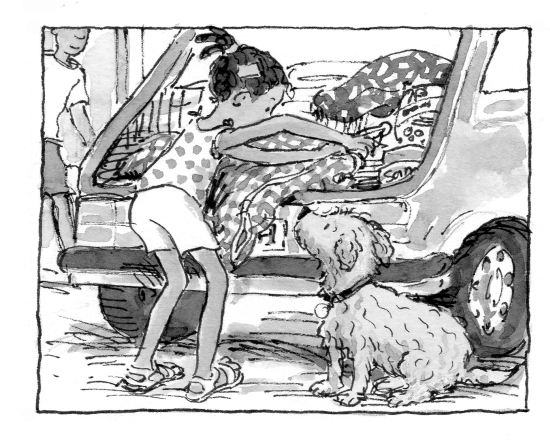 Sam also took his basket and his red velvety beanbag.

Sam loved his beanbag very much and if he did not have it in his basket he could not go to sleep. Nobody else could go to sleep either, because Sam walked around howling and whining and moaning. It was very important not to forget the beanbag. Lulu’s father checked a dozen times that it was safely in the car. He did not want to have to drive all the way home for it in the middle of the night, as he had once had to do.

Sam’s luggage took up so much space that it was a good thing Lulu and Mellie had brought as little as possible. Their only big thing was Mellie’s build-your-own-kite-kit. Mellie had been given this for a birthday present. She had opened it to admire the strings and the special kite paper, the bright pens, and the exciting instructions. But then she had put it away again to save for this seaside vacation.

Now the kite kit was on the backseat. All the things that would not fit anywhere else were there too, piled around Lulu and Mellie.

“It’s part of the vacation feeling,” said Mellie. “Being all squished up, hardly able to breathe.”

“It’s fair that Sam should have the most space,” agreed Lulu, “because really he’d rather not come on vacation at all. He’d rather be comfortable.”

“This might be a comfortable vacation!” said Lulu’s mother hopefully. That made everyone hoot with laughter. They spent the first part of the journey reminding one another about vacations in the past.

“Like the time we went camping and left behind the bag that had everyone’s shoes,” said Lulu.

“Or that house we stayed in that had a ghost in the attic,” said Mellie.

“Or that place where the chimney was struck by lightning and fell down into the living room,” said Lulu’s father.

Lulu’s mother groaned and said perhaps they should turn back and not go away after all.

“They were nice vacations,” said Lulu and Mellie, who had enjoyed the lightning and the ghost and the new shoes very much.

They were really looking forward to staying in a little seaside town.

That was what they thought, but the first thing they discovered about the cottage was that it was not near the town at all. It was all on its own, down a bumpy, potholed road. Bumps made Sam sick. So Lulu’s father drove very slowly, trying to dodge the biggest holes, while Lulu’s mother twisted around, watching for the gulps that meant Sam had to be flung out of the car as quickly as possible. Meanwhile, Mellie was ignoring both Sam and the bumpy road and saying, “Should I unpack my kite now, now that we’re almost there? I think I could just open it and get out the parts...”

“No!” said Lulu’s mother and father, but they said it too late. Mellie was already unpacking the kit. When the car fell into another hole, important-looking pieces of kite spilled everywhere, and Mellie began to moan.

“Just what I didn’t want to happen!” she grumbled, turning herself upside down to try and gather the pieces from the floor.

“They call this a road?” complained Lulu’s father. “It’s just one giant crater after another!”

Sam made a noise like a sort of cough.

Only Lulu sat quietly, gazing at the view. Ahead, she saw a white cottage and green grass. Every few minutes, she saw glimpses of a sea that gleamed dark gray or silver bright.

All along the edge of the sea Lulu could see a mountain range of sand dunes. Strange bushes grew on them with dim gray leaves and orange berries. Strange ribbonlike blue-green grasses were combed by the sea wind. Strange narrow sandy paths twisted and climbed and suddenly vanished.

And all among the bushes and grass and sandy paths a strange animal leaped and ran, watching the car. It moved so quickly that the only thing Lulu could see clearly was its strange, flapping ears.

The owner of the cottage was waiting for them when they arrived. Everyone except Mellie (who was still picking up pieces of kite) tumbled out of the car, all stiff and achy from traveling.

“Took your time, didn’t you?” said the cottage owner as Lulu’s parents smiled and called hello. “I saw you, dithering along that road, like there was all the time in the world!”

“You’ve got the wrong kind of car!” said the cottage owner. “You need something much bigger! Hurry up! Come inside and I’ll give you the key. Shoes off!” she added sternly.