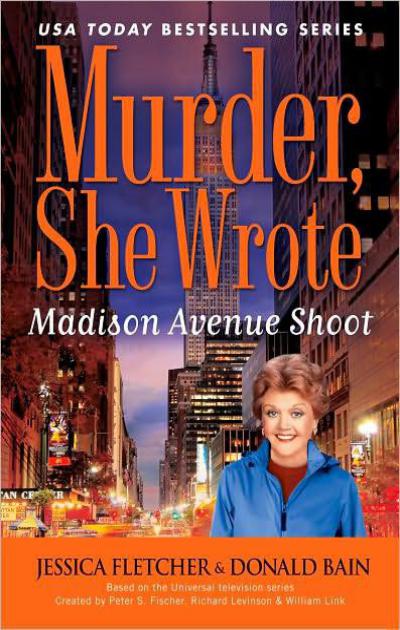 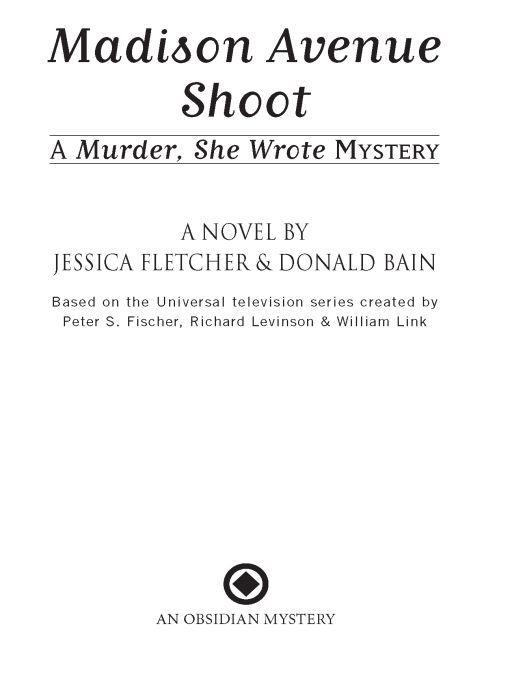 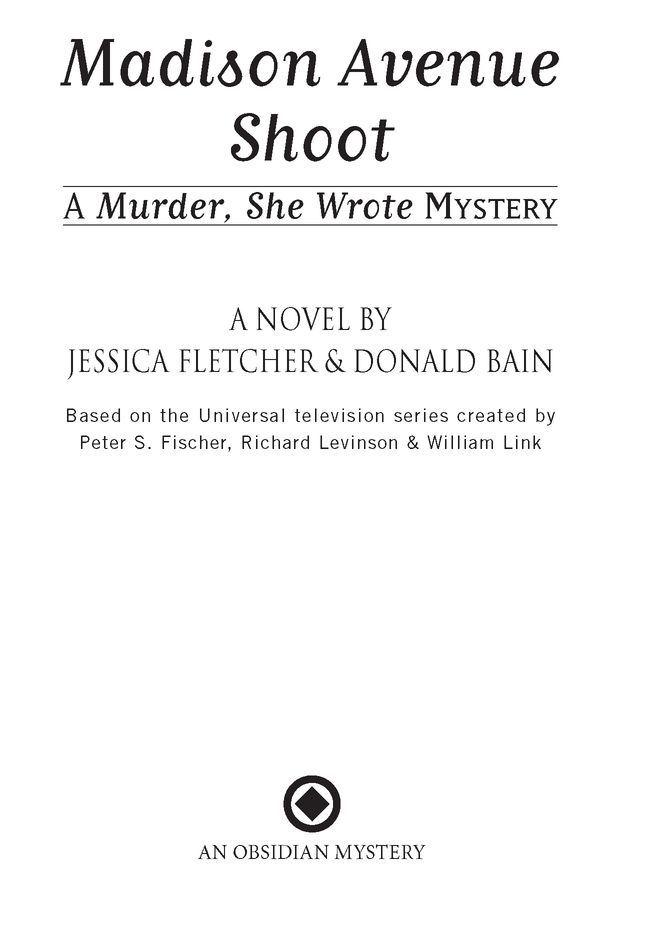 Obsidian
Published by New American Library, a division of
Penguin Group (USA) Inc., 375 Hudson Street,
New York, New York 10014, USA
Penguin Group (Canada), 90 Eglinton Avenue East, Suite 700, Toronto,
Ontario M4P 2Y3, Canada (a division of Pearson Penguin Canada Inc.)
Penguin Books Ltd., 80 Strand, London WC2R 0RL, England
Penguin Ireland, 25 St. Stephen’s Green, Dublin 2,
Ireland (a division of Penguin Books Ltd.)
Penguin Group (Australia), 250 Camberwell Road, Camberwell, Victoria 3124,
Australia (a division of Pearson Australia Group Pty. Ltd.)
Penguin Books India Pvt. Ltd., 11 Community Centre, Panchsheel Park,
New Delhi - 110 017, India
Penguin Group (NZ), 67 Apollo Drive, Rosedale, North Shore 0632,
New Zealand (a division of Pearson New Zealand Ltd.)
Penguin Books (South Africa) (Pty.) Ltd., 24 Sturdee Avenue,
Rosebank, Johannesburg 2196, South Africa
Penguin Books Ltd., Registered Offices:
80 Strand, London WC2R 0RL, England
First published by Obsidian, an imprint of New American Library,
a division of Penguin Group (USA) Inc.
First Printing, April 2009
Copyright © 2009 Universal Studios Licensing LLLP.
Murder, She Wrote is a trademark and copyright of Universal Studios. All rights reserved.
OBSIDIAN and logo are trademarks of Penguin Group (USA) Inc.
LIBRARY OF CONGRESS CATALOGING-IN-PUBLICATION DATA:
Bain, Donald, 1935-
Madison Avenue shoot : a Murder, She Wrote Mystery by Jessica Fletcher and Donald Bain.
p. cm.
“Based on the Universal television series created by Peter S. Fischer, Richard Levinson & William Link”
eISBN : 978-1-101-02880-3
1. Fletcher, Jessica (Fictitious character)—Fiction. 2.
Television commercials (Advertisements)—Production
direction—Fiction. 3. Celebrities against—Fiction. 4. New
York (N.Y.)—Fiction. I. Murder, She
Wrote (Television program) II. Title.
PS3552.A376M23 2009
813’.54—dc22 2008047027
Without limiting the rights under copyright reserved above, no part of this publication may be reproduced, stored in or introduced into a retrieval system, or transmitted, in any form, or by any means (electronic, mechanical, photocopying, recording, or otherwise), without the prior written permission of both the copyright owner and the above publisher of this book.
PUBLISHER’S NOTE
This is a work of fiction. Names, characters, places, and incidents either are the product of the author’s imagination or are used fictitiously, and any resemblance to actual persons, living or dead, business establishments, events, or locales is entirely coincidental.
The publisher does not have any control over and does not assume any responsibility for author or third-party Web sites or their content.
The scanning, uploading, and distribution of this book via the Internet or via any other means without the permission of the publisher is illegal and punishable by law. Please purchase only authorized electronic editions, and do not participate in or encourage electronic piracy of copyrighted materials. Your support of the author’s rights is appreciated.

To all our friends at the Association of
Independent Producers (AICP):
Matt, Anima, Farah, Denise, Ileana, Jane, David, Paul,
Laurie, Maryann, Lena, David, and Kristin.
And to the Southeast Consortium for Special Services, Inc.,
helping Down Syndrome children—whose abilities
and personalities are as varied as yours and ours—
achieve the best they can be.
Acknowledgments
Many people helped us along the way to this book. The commercial production world is filled with wonderful, friendly, talented professionals, too nice to kill anyone. Here are a few of them.
Many thanks to Jon Kamen and the crew from
@radical.media
in New York City for letting us hang around their commercial shoot, in particular to director Steve Miller, DP Eric Schmidt, and Producers Matt O’Shea and Nancy Kagan. Thanks, too, to Derek Pletch and Bebe Baldwin of GSD&M in Austin, Texas.
We’re grateful to crew members Michael Sibley, Anne Shratter, Kate Wilson, Peter Jackson, Geb Byers, Jennifer Koestler, Rick Nagle, Greg Addison, Kevin Smyth, Rick Liss, David Moshiak, Liz Maas, Julie Vogel, and Tina Murgas, who shared their knowledge and nomenclature with the authors. And a salute to all we didn’t name, the other crew members too numerous to mention here, but who do a fantastic job making make-believe believable. You know who you are.
Special thanks to Jane Nunez of AICP, Sally Antonacchio of The Artists Company, and to Detectives Bruce K. Bertram and Roger Brooks of the Danbury Police Department, and North Salem Judge Ralph Mackin.
All those named above are the experts; any errors you find are ours.
Chapter One
“A
unt Jess!” “Grady! How good to see you.” I gave my nephew a hug, stepped back from his embrace, and looked down. “And who is this young man? It can’t be Frank. Frank was a little boy the last time I saw him, and that was only six months ago.”
“I’m still a boy, Aunt Jessica, just not so little anymore.”
“Indeed, you’re not,” I said, smiling. “You’re going to be taller than your father before we know it.”
“I already come up to my mother’s shoulder.”
“Well, I can see you’re very grown-up, but not too grown-up to give your aunt a hug, I hope.”
Frank shrugged, but he allowed me to give him a quick cuddle, and even managed a slight squeeze back. “What year are you in school now?” I asked, holding him at arm’s length and examining his sweet face, a miniature version of Grady’s, but with his mother’s eyes.
“Fourth grade.”
“As much as that? My goodness, where does the time go?”
“Excuse me, Aunt Jess. What does your bag look like?” Grady asked.
I turned to peruse the baggage moving toward us on the conveyor belt. “Brown tweed with a red ribbon on the handle. I think I see it now. Yes, there it is.”
We were at a crowded luggage carousel in La Guardia Airport in New York. My flight had originated in Dallas. I’d joined it in Chicago, where I’d been attending a conference. Before I returned to Cabot Cove, I was stopping off in the city for some business meetings and, more important, to visit with my nephew; his wife, Donna; and my pride and joy, my nine-year-old grandnephew, Frank, named for my husband, who had died many years before this child was born.
“I can get it, Dad,” Frank said, pushing his way in front of others waiting for their bags.
“Wait, Frank, it’s heavy,” I said.
“Hold on, sport,” Grady said, following his son.
“I got it. I got it.” Frank grabbed on to the handle of the suitcase, but the weight of it threatened to pull him into a crowd of my fellow passengers. Grady reached over his son and wrestled my bag off the carousel, nearly knocking over a large gentleman in a ten-gallon hat and intricately inlaid turquoise and black cowboy boots.
“What the heck do you think you’re doing, man?” the cowboy said. “You nearly ran over my foot. Do you have any idea what these boots cost?” He pulled a red kerchief from his pocket and bent to wipe off his pointed leather toe.
Apologizing profusely, Grady lugged my bag to where I stood.
“Aw, I could have got it, Dad,” Frank said, shuffling along behind his father.
“Not without mowing down half the people over there,” Grady replied. He turned to me. “What kind of rocks do you have in here, Aunt Jess?”
“Oh, the usual kind,” I said. “I brought you and Donna some books.” I eyed Frank. “And I might have a little something in there for a boy in the fourth grade.”
Frank’s eyes shone. “You brought a present for me?”
“We’ll see if you like it when we get to my hotel.”
“You know you could have stayed with us, Aunt Jess. Frank was happy to give you his room.”
“You said I could sleep on the couch. Right, Dad?”
“Now, we’ll have no more talk of that,” I said. “I put you out enough picking me up from the airport. My agent tells me this is officially a business trip, since I no longer live in New York City. Besides, we’ll all be more comfortable this way, and the hotel is only a few blocks from your building.” What I didn’t say was that from what they’d told me, Grady and Donna’s new apartment in Manhattan was small enough without an out-of-town relative crowding in and taking up precious space. And selfishly, I’d reached a time in my life when I treasured my privacy and found a hotel room more relaxing than someone’s guest room, especially when it meant rousting the room’s rightful owner. The magazine ads for the hotel that my literary agent, Matt Miller, had booked for me bragged about their luxurious feather beds and European linens. I looked forward to testing their claims for a great night’s rest, even though it could never be the same as sleeping in my own bed.

The Queen's Poisoner (The Kingfountain Series Book 1) by Jeff Wheeler
Darkness Reborn (Order of the Blade #5) by Rowe, Stephanie
Forsaking All Others by Allison Pittman
The Voyage of Lucy P. Simmons by Barbara Mariconda
The Multiple Man by Ben Bova
Red Joan by Jennie Rooney
Terminal by Keene, Brian
Thirteen Years Later by Kent, Jasper
Against the Reign by Dove Winters
Send Me a Sign by Tiffany Schmidt
Our partner