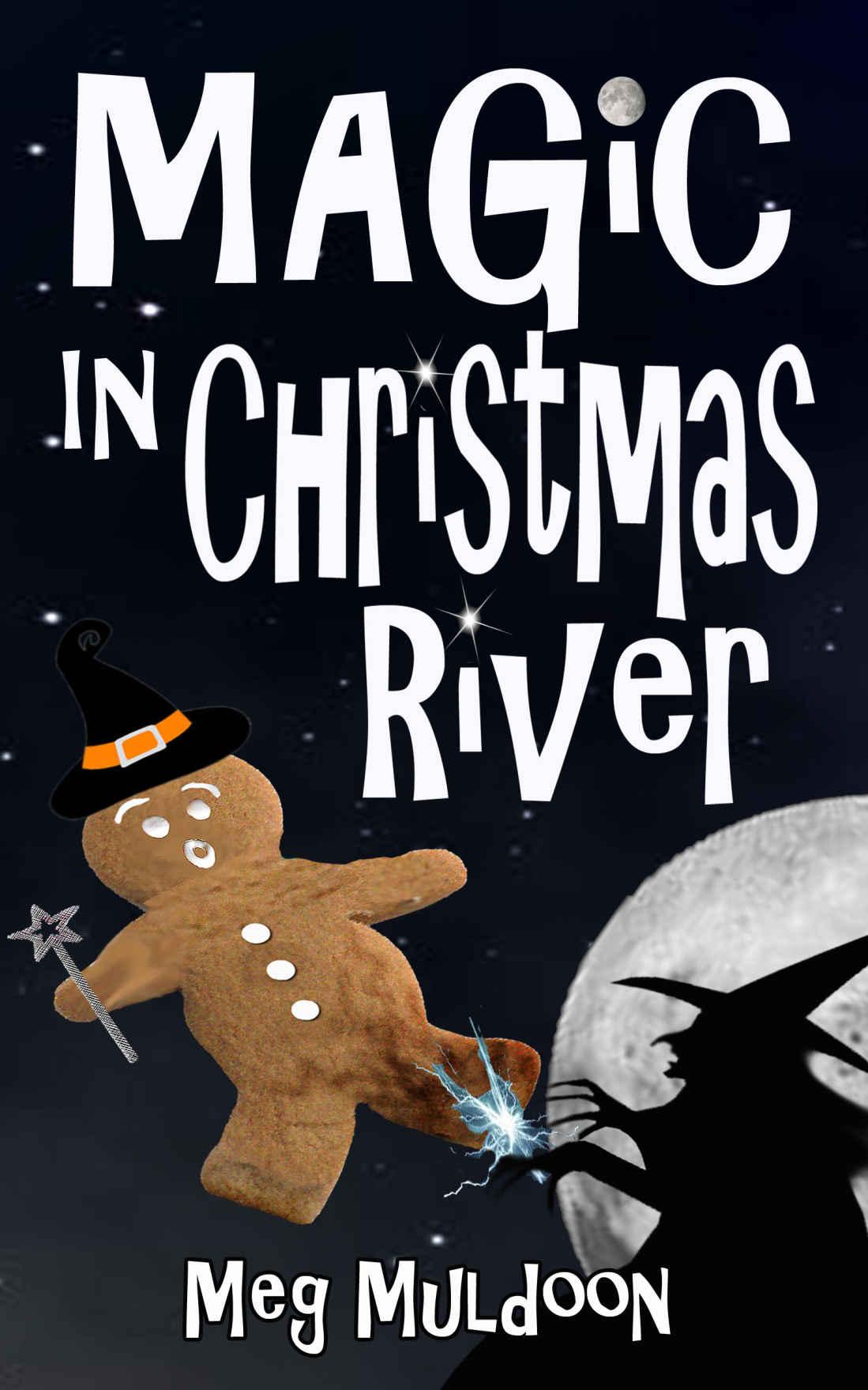 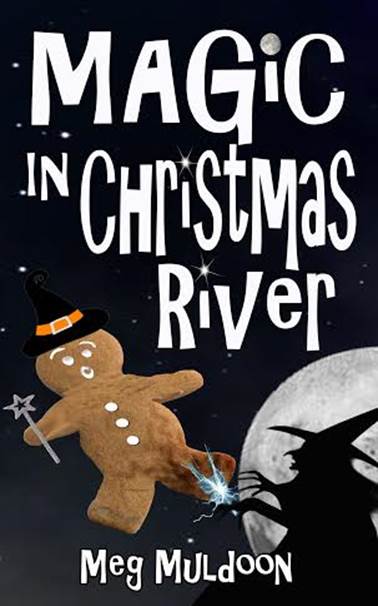 This is a work of fiction. Names, characters, places and incidents are either the product of the author's imagination or are used fictitiously, and any resemblance whatsoever to actual persons, living or dead, business establishments, events, or locales is entirely coincidental.

The old woman stood across the street in the blustery autumn wind, staring at me from the shadows with a cutting glare that could have split a steel door in half.

My breath caught in my throat, and my hands immediately turned to Jell-O as the old woman’s ancient, papyrus-colored eyes locked on mine through the window.

A moment later, the pastry box that had been tucked under my chin, which had been balanced so carefully on top of several others in my arms, slid right off like it was made out of oil. I scrambled, grasping for it, realizing too late that it wouldn’t do any good.

I helplessly watched as the pink box did a belly flop onto the cold tile of the pie shop’s floor.

Like jellied toast, pastry boxes –when dropped – always seemed to have a way of falling face down in the manner that caused the most possible damage and the biggest mess.

I took a few steps back, setting the remaining pastry boxes I was carrying on the nearest dining booth table. I spit out the car keys I’d been gripping between my teeth, then knelt down, overturning the box.

Its contents shifted in a way they weren’t meant to shift in.

I clicked my tongue against the roof of my mouth as I opened it.

What had once been a beautiful golden-brown Pumpkin Maple Pecan Pie with a perfectly-piped whiskey whipped cream topping was now a jumbled, unappetizing mess. Something that old time bakers might have called a
grunt
– which was just a descriptive name for a pie that hadn’t kept its form, leaving the baker with the singular option of mashing the pastry up and pretending like it was always meant to look like that.

I stood back up, placing the destroyed pie on the dining table next to the others. I supposed I was lucky that I had only lost the one and not
all
the boxes with my clumsy butterfingers.

I pulled my phone out, glancing at the time on the screen.

I was going to have to book it now if I wanted to make the ceremony on time. And not just driving-five-over-the-speed-limit-and-speeding-through-a-yellow-light kind of booking it, either.

I scooped up the remaining pastry boxes and hurriedly carried them over to the door, my heels clicking against the dining room floor like castanets in a Flamenco performance.

Suddenly, though, I remembered why I had dropped the pie in the first place.

I stopped walking, and gazed out the window across the street.

But The Witch of Christmas River, as she was known by every school-aged child in town, was no longer there.

I opened the door and headed out to my car, feeling the hair on the back of my neck stand up the entire way.

I was sucking in air faster than a fish out of water as I walked down the grassy aisle, my high heels giving me hell every inch of the way.

It seemed that when it came to heels, I never learned my lesson. The memories of blisters and pain from the previous experience never seemed to be strong enough to persuade me to find practical shoes for whatever formal event I was headed to. Three times on the way over here, the heels had wobbled so badly, I was afraid my ankle would snap in two. The dress didn’t help much either in that regard. A deep shade of pumpkin spice, the gown hit just at the knees in the front, and flowed long in the back. The flowing chiffon kept conspiring with my heels in a cruel attempt to knock Cinnamon Peters down for the count. The uneven ground of our backyard meadow didn’t seem to be on my side either.

But luckily, for the length of the aisle, I had someone strong to lean on.

“I was about ready to send Billy over to check on you,” Daniel whispered, stiffening his arm for me to put my weight against as we made our way to the altar. “Warren and I were beginning to worry that the new oven might have swallowed you up.”

“Nope,” I whispered. “Just a little mishap with the pumpkin pies. But I think we’ll all survive with one less.”

Typically when making pies for special events, I always baked more than the occasion called for, just to be safe. And besides, I wagered that in all of human history, the prospect of leftover pie had never made a single soul sad.

“Well, you wouldn’t know you had any trouble,” Daniel whispered, looking down at me with a stare that made my heart do some tap dancing. “You’re a knockout, Cin.”

“I look like I just climbed out of Hades,” I said. “But thanks for trying to make me feel better.”

The new ovens that had recently been installed at the shop worked much better than the old ones. The only problem was that they were almost too good. Occasionally, when I opened one of them, a giant burst of heat would come flooding out, hitting me right in the face. Sometimes I felt lucky to get away with my eyebrows still attached to my forehead.

“Well, you do know how I like my women fiery,” he whispered.

I tried to keep from snickering – something that would have been inappropriate as we walked down the aisle, pretending to be respectable people.

But the fact that I looked a bit on the melted side didn’t matter much to me at the present moment. Not when I saw the way my grandfather’s face was practically glowing at the end of the aisle.

He was looking so handsome and cute in his vest, jacket, and bolo tie, it practically killed me.

Daniel and I finally made it up to the altar where Pastor Frederick Morgan stood next to Warren. I nodded at the elderly, stern-looking pastor, who was about as serious an officiant as you could find in Christmas River.

Aileen wanted to be married by a man of God who wasn’t going to hijack the wedding ceremony with hammy jokes, the way so many officiants these days did. So after a considerable search, Aileen and Warren settled on Pastor Morgan for his no-nonsense demeanor and his reasonable fees. And because of all the potential officiants they talked to, Pastor Morgan didn’t seem to mind the fact that the wedding was taking place outside in mid-October – which was surprising on account of the man’s old age.

Daniel kissed my cheek, and we parted ways to take our positions on opposite sides of the altar. I stood at my grandfather’s side near the birch arch, while Daniel, so as to make it even and not exacerbate the fact that Aileen didn’t have as many friends and family members at the wedding as Warren did, stood on the bride’s side.

“You ready for this?”

He glanced over his shoulder at me, smiling confidently, causing a row of wrinkles to deepen across his forehead.

It moved me to see how excited, happy, and purely in love Warren was.

“You bet,” he rasped, not a shred of doubt in his voice. “Don’t you know how long I’ve been waiting to do right by that Scottish beauty of mine?”

“How long?” I whispered, playing along.

“Since the moment I laid eyes on her.”

I smiled as Ian, Aileen’s grandson, and his girlfriend walked down the aisle toward us.

Though Warren and Aileen had been technically married for several months now, in Warren’s eyes, the marriage was only half validated. The government had recognized their union, but Warren had been wanting his love for Aileen to be recognized by something greater. My grandfather wasn’t exactly a religious man, but he did believe in God. And it was important to the old man that him and Aileen have a real marriage ceremony, as much to be recognized in the eyes of the Almighty as to finally share the moment with his family and life-long friends.

A crisp autumn breeze rustled the golden grasses of the meadow around us, and a cloud suddenly passed over the sun. The meadow, which had been so brilliant just a second before, fell into dusky shadows.

It was risky business having an outdoor wedding in the Central Oregon Cascades in mid-October.
Real
risky business. Most years, we usually saw our first snowstorm by now in Christmas River. Looking past the tree-tops, you could see that the mountains already had a healthy layer of powder going.

Warren and I had tried explaining this to Aileen – that having a fall wedding in the Cascades was playing with fire – but she would hear none of it. She said her dreams of a fall outdoor wedding had been embedded at a young age when she attended her cousin’s marriage ceremony in the Scottish Highlands. And now, well into her 60s, she was going to have the pristine autumn wedding she had always dreamed about, or freeze to death trying.

We all thought she was nuts for going ahead with the plan, but Aileen must have had some luck to her: when we all woke up this morning, the sky was shining blue and the temperature was in the low 70s. A crisp, smoky autumn wind rustled through the apple cider-colored aspen trees that lined the meadow, and it was the kind of day that made you feel good to be alive.

But the luck seemed to be fading slightly. A few clouds had started drifting in from off the mountains. And when they covered the sun, the way they did now, the air turned cold and whispered of all that awaited us in the winter months ahead.

Eban's Command: Scifi Alien Abduction Romance (Science Fiction Alien Romance) (Survival Wars Book 2) by Hana Starr
I've Had It Up to Here with Teenagers by Melinda Rainey Thompson
Days of Fear by Daniele Mastrogiacomo
Messy by Cocks, Heather, Morgan, Jessica
The Boys' Club by Wendy Squires
The Back-Up Plan by Debra Webb
Happy to Burn (Dark Desires) by Batts, T.J.
The Sisterhood of the Dropped Stitches by Janet Tronstad
Caribbean Cowboy: Under the Caribbean Sun, Book 4 by Jenna Bayley-Burke
In Danger's Path by W. E. B. Griffin
Our partner