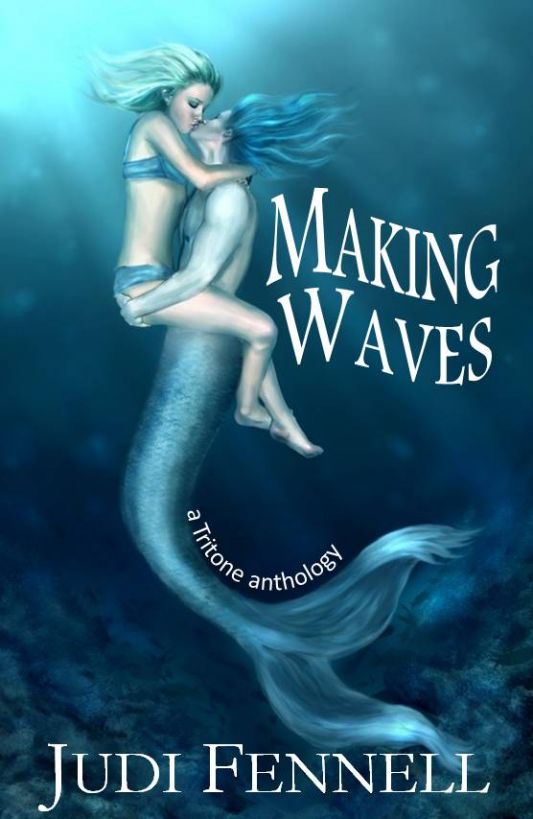 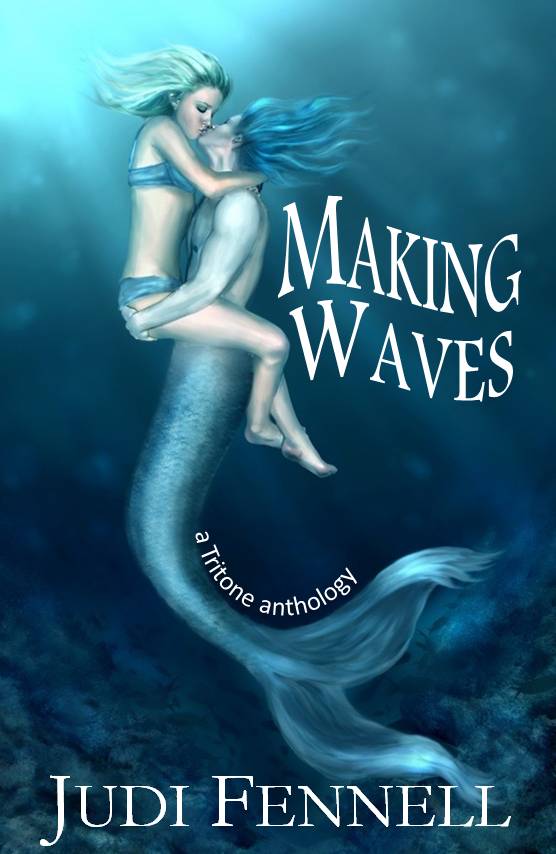 This ebook is licensed for your personal
enjoyment only. This ebook may not be re-sold or given away to
other people. If you would like to share this book with another
person, please purchase an additional copy for each recipient. If
you’re reading this book and did not purchase it, or it was not
purchased for your use only, then please return to
Smashwords.com
and purchase your own copy.
Thank you for respecting the hard work of this author.

All rights reserved. No part of this book may
be reproduced in any form or by any electronic or mechanical means,
including information storage and retrieval systems—except in the
case of brief quotations embodied in critical articles or
reviews—without permission in writing from the author at
[email protected] This book is a work of fiction. The
characters, events, and places portrayed in this book are products
of the author’s imagination and are either fictitious or are used
fictitiously. Any similarity to real persons, living or dead, is
purely coincidental and not intended by the author.

For more information on the author and her
works, please see
www.JudiFennell.com

This book may also be available in print from
some online retailers. 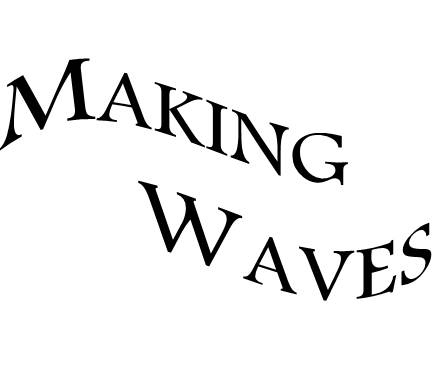 To my readers, who want to know what came
before the stories they’ve loved.

And to
Emerald de
Leeuw
for her incredible generosity that is only
exceeded by her amazing talent.

If you’ve read my Tritone Trilogy (which may
end up being a quintet, given that there are 5 Tritone siblings),
you’ve heard references to “The Incident” that happened in Erica
and Reel’s childhood in
In Over Her Head
. You’ve heard
Livingston the seagull mention that Valerie Dumere was proven to be
the long lost Mer princess through a DNA sample in Rod and
Valerie’s story,
Wild Blue Under
. And in Angel and Logan’s
story,
Catch of a Lifetime,
you learned that little Michael
Hardington knew all about Angel before his father ever did.

But you never learned
how
all of these
events occurred.

The following pages aren’t complete stories;
they are the “what came before” part of the stories you’ve
(hopefully) already read, much the same as an Epilogue gives you a
glimpse of the characters days/months/weeks/years down the
road.

But readers have asked what happened in these
instances so I thought I’d put them down for your enjoyment.

If you haven’t read the series, well, you get
to meet our heroes and heroines
before
their stories starts.
You get to know the inside scoop before you begin. I hope you’ll
try the full stories after reading what made waves in the lives of
these six characters.

Have fun diving into the romance! 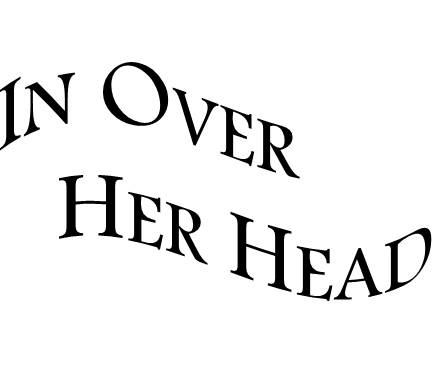 The ocean was a magical place. Erica thought
so every time she came to the beach, even though it wasn’t as often
as she wanted.

What good was it to live at the beach if she
couldn’t go on it? But Dad never let her come alone. He said eight
was too young so she had to have him or one of her brothers with
her.

She didn’t know why her brothers were okay
babysitters. They weren’t much older and all they ever did was
stare at the girls in bikinis.

“Erica, don’t go out too far!” Dad called
from where he’d set up the blanket and umbrella.

“I won’t!” She could, though. She was a good
swimmer. While the boys spent their time playing football or
talking to girls, or doing stupid stuff like dunking each other,
she would practice swimming and holding her breath. Just last week
she could finally stay under for a whole minute.

“Funny, Anthill.” She stuck her tongue out at
him. She hated being the youngest. They always made fun of her.

“Hey, Terror, catch!” Tris always called her
that, but, really, he was the brother she was closest to. He’d been
the one to hold her when she’d cried in her room after Mom’s
funeral. They’d been best friends ever since.

She let the football bounce on the sand. Tris
was a good thrower and sometimes it hurt to catch his tosses,
especially in her chest. She was starting to get, well,
those
. It was so embarrassing.

“Ah, man, Erica, you suck.” Andrew ran over
and scooped it up, then tossed it back under his arm to Del. Del
caught it one-handed and ran into the waves for a touchdown,
splashing water all over the place before taking the Nestea Plunge
into it. Del was a moron. But he made her laugh.

Erica took a pass. She could play bocce at
their house. She wanted to go exploring to add to her shell
collection. And maybe find something special for Dad. Today was a
sad day for him. Well, for all of them. She wanted to make him
smile.

“You guys go ahead. I’m gonna go check out
the babes on that blanket over there.” Leave it to Anthony. He was
always checking out the girls.

“I’m going swimming, Dad!” she yelled, and
ran into the waves.

“I will.” She was always careful. But Mom had
been careful, too. And that hadn’t stopped her from getting
sick.

No. She wasn’t going to think about Mom or
what today was. Aunt Marilee had said Mom would want her to smile
when she remembered her, so that’s what she’d do. It’s why she
wanted Dad to smile, too. That would make Mom happy when she
watched them from Heaven.

Erica took a deep breath and dove beneath the
waves by the jetty. She was going to try to do seventy seconds this
time. She’d heard some people who collected pearls could hold their
breath for five minutes. She wanted to do that someday.

The water was pretty clear, but unlike the
sparkling blue of the South Pacific that she’d seen on the National
Geographic specials, the Jersey shore was more on the muddy side.
Brown and greens. But still, there were some cool shells. She even
had a big conch shell in her collection that she’d found walking on
the beach with Mom. Anthony said someone must have dropped it, but
you never knew. If she could find another one for Dad, it’d really
make his day.

A couple of silversides swam by, their scales
sparkling like diamonds in the sunlight. She tried to catch them,
but, of course, they were too quick. A dead horseshoe crab floated
back and forth on the bottom as the waves came in and out.
Ick
. She’d looked under one of those once. It’d looked like
a monster from a movie.

A crab crawled over one of the rocks beside
the pylon. It looked like it was waving at her so she waved back.
Anthony would probably make fun of her, but it didn’t matter. She
was having fun.

It was the perfect day at the beach.

Reel looked at his twin brother, Rod. “Why?
You too flounder to do it yourself?”

“Because I dared you, that’s why.”

That was a first. Usually Reel was the one
who did the daring. Then, when Rod wouldn’t do it, he’d do it
anyway. Just to prove he could.

So of course he’d do it now. After all, he’d
never touched a Human before. He wanted to know if her skin felt
like his.

She wasn’t too far away and if she’d just
swim by the rock, all he’d have to do was stick out his hand, feel
her skin, then duck back out of sight and she’d never know what’d
happened.

“If I do it, Rod, I get your torpedo
collection.”

“What?” Rod socked him in the shoulder. “Are
you out of your mind? I’m not giving you that.”

“Well then, I’m not going to do it.” Not that
he cared about the torpedoes collection. Yeah, they were cool—for
about the first thirty seconds. After that? They just laid
there.

But Rod was always collecting something.
Always reading and studying. The guy was a geek. Reel just wanted
to make the bet mean something. Tweak his tail a little. Since, ya
know, he couldn’t tweak his own, being that he didn’t one.